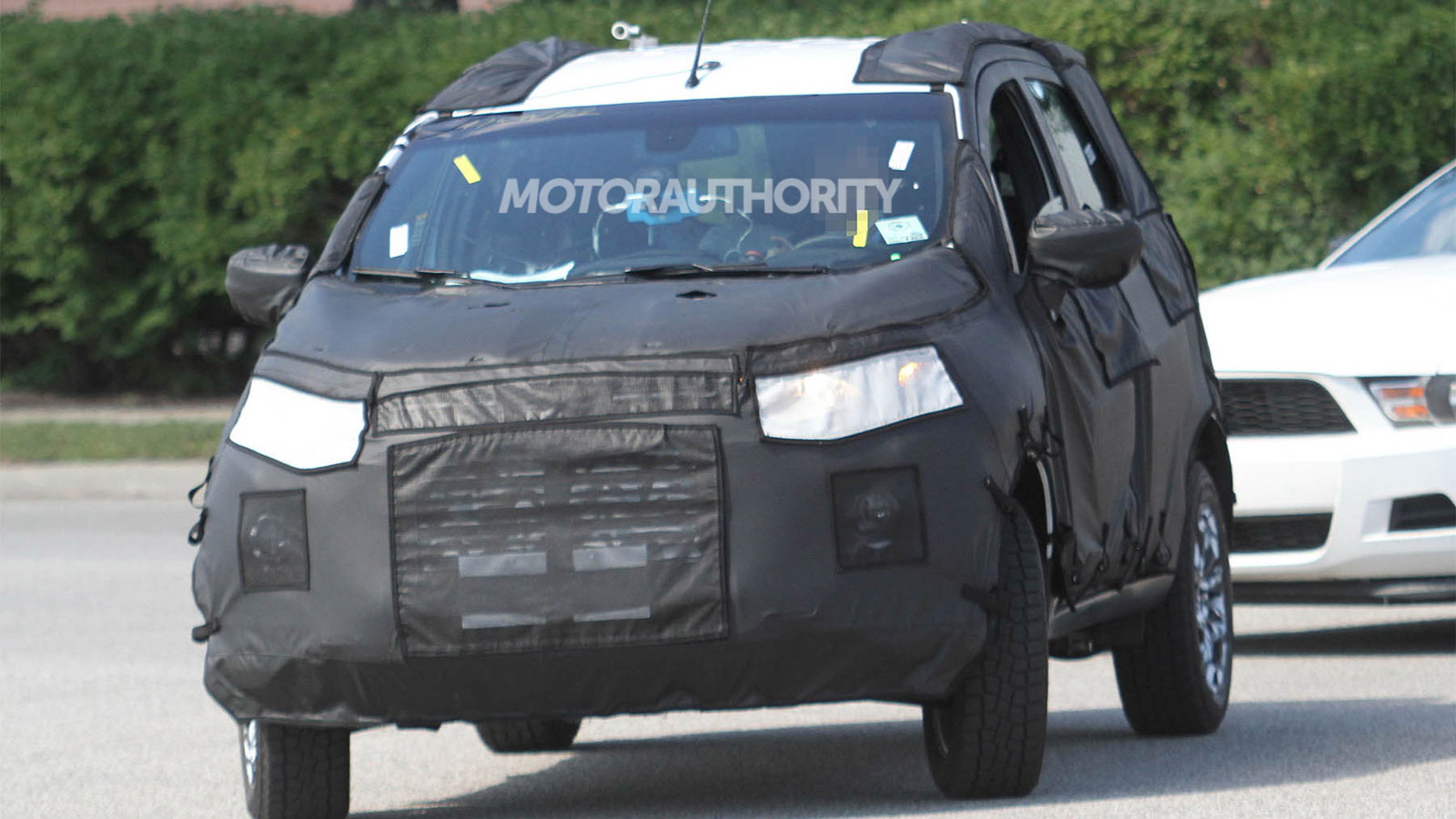 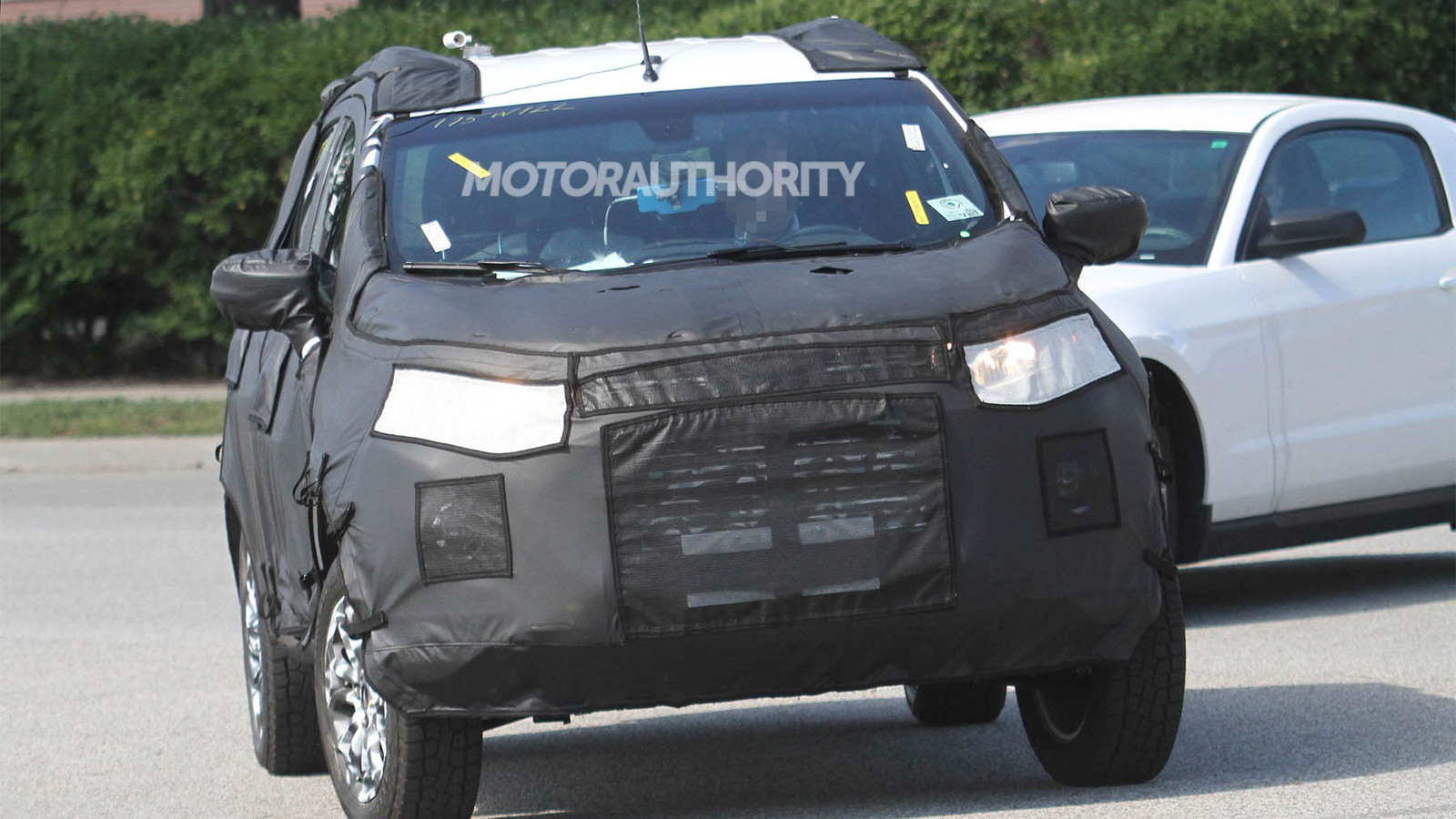 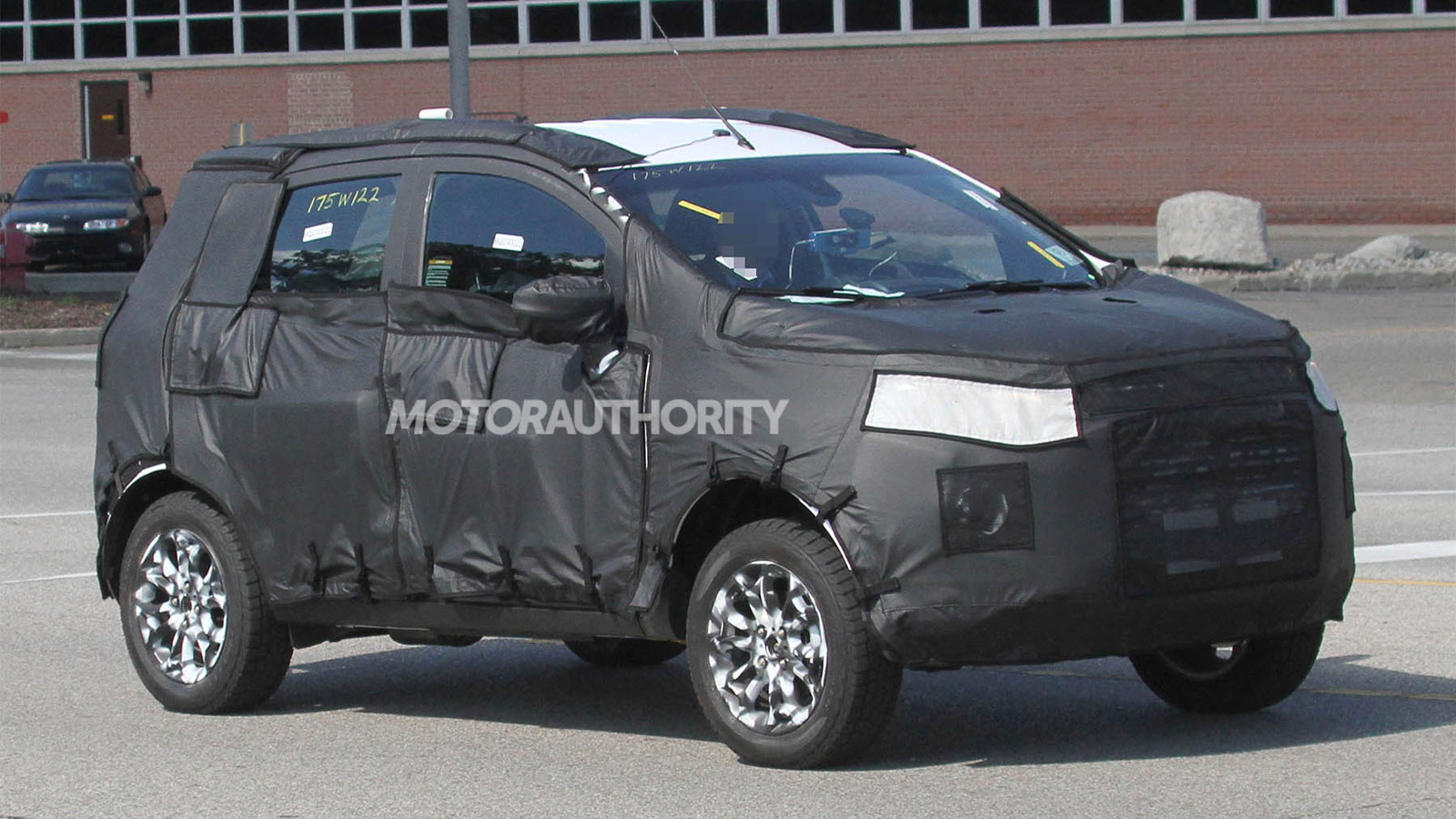 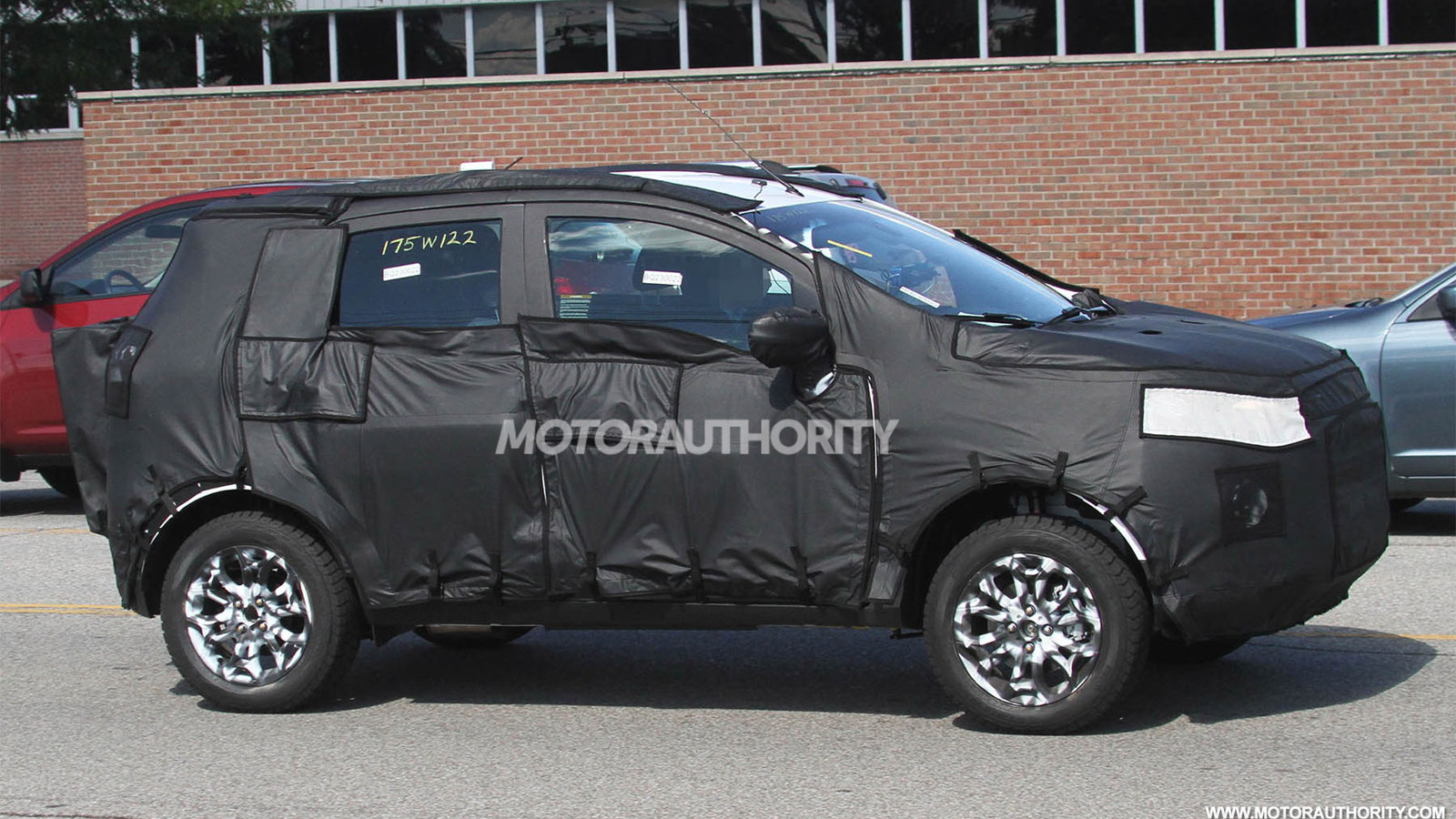 13
photos
MINI's Countryman is currently alone in the tiny-crossover segment, but it won’t be for long as these images of a Ford Fiesta-based crossover foretells a coming production car.

Riding high but exhibiting a similar rakish profile to the Fiesta hatchback, the new compact crossover from Ford is shaping up to be a smart-looking option for buyers that enjoy the high-riding convenience of a SUV or crossover but with the agility, ease of parking, and gas mileage of a compact hatch.

A version of the upcoming crossover dubbed the "EcoSport" and designed for emerging markets was revealed earlier this month on an official Ford website based in India.

The leaked image taken from the website shows a design for the Fiesta-based crossover that’s very similar to the recently revealed 2013 Ford Escape, and given Ford’s global design strategy should be similar to the one seen on European and U.S. delivered versions of the car.

That’s right--previous test-mules have been spotted in the U.S., in particular, on mountain passes of Colorado. This bodes well for a potential U.S. launch, which is not surprising given America’s love of SUVs and crossovers and the fact that the regular Fiesta hatchback is already sold here.

Engines and gearboxes should mirror the Fiesta line, though a more potent version may be in the works to cope with the added weight. It's not yet clear if the Fiesta-based crossover is to get all-wheel drive, either, though if it wants to deliver the all-weather and multi-terrain benefits people expect of a crossover--pint-sized or not--we'd expect it to drive all four.

Pricing and positioning will be below that of the 2013 Escape, though exact timing of the launch is unclear. We wouldn’t expect to see this Fiesta-based crossover in showrooms until sometime in 2013.

Note, GM is planning to launch a similar vehicle under its Opel brand in Europe though there’s no word yet if this model will be brought over to the U.S. as well.