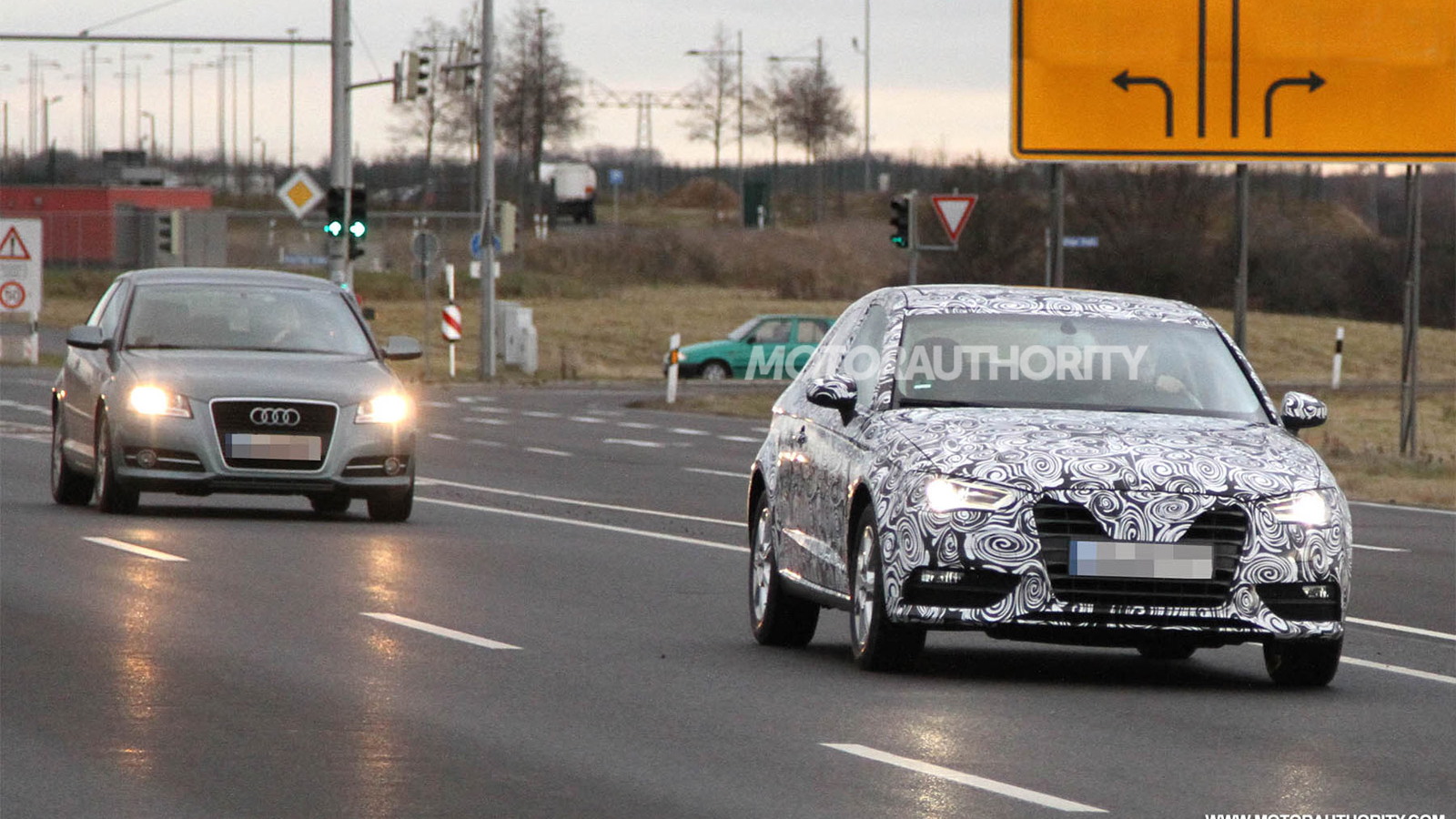 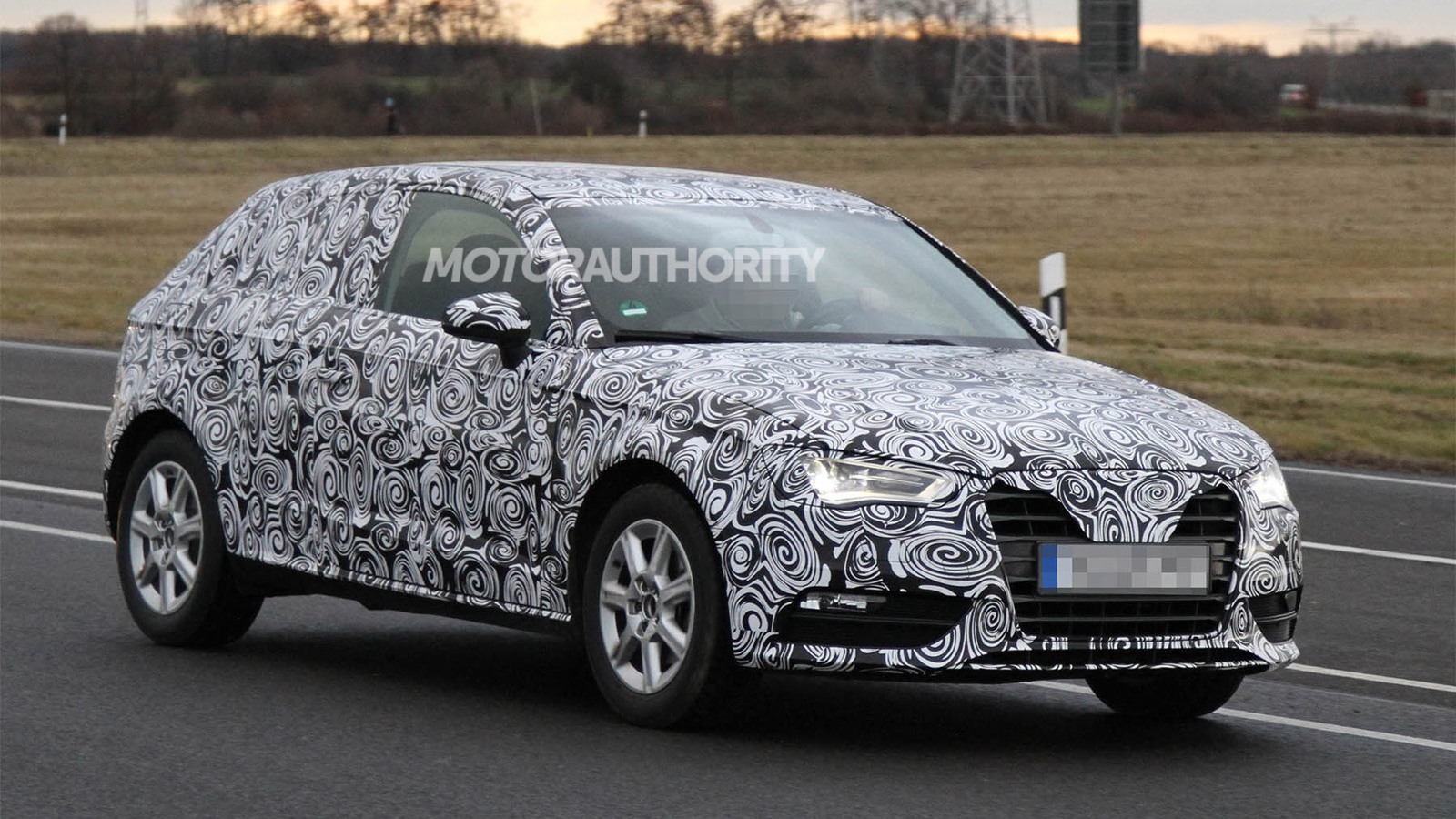 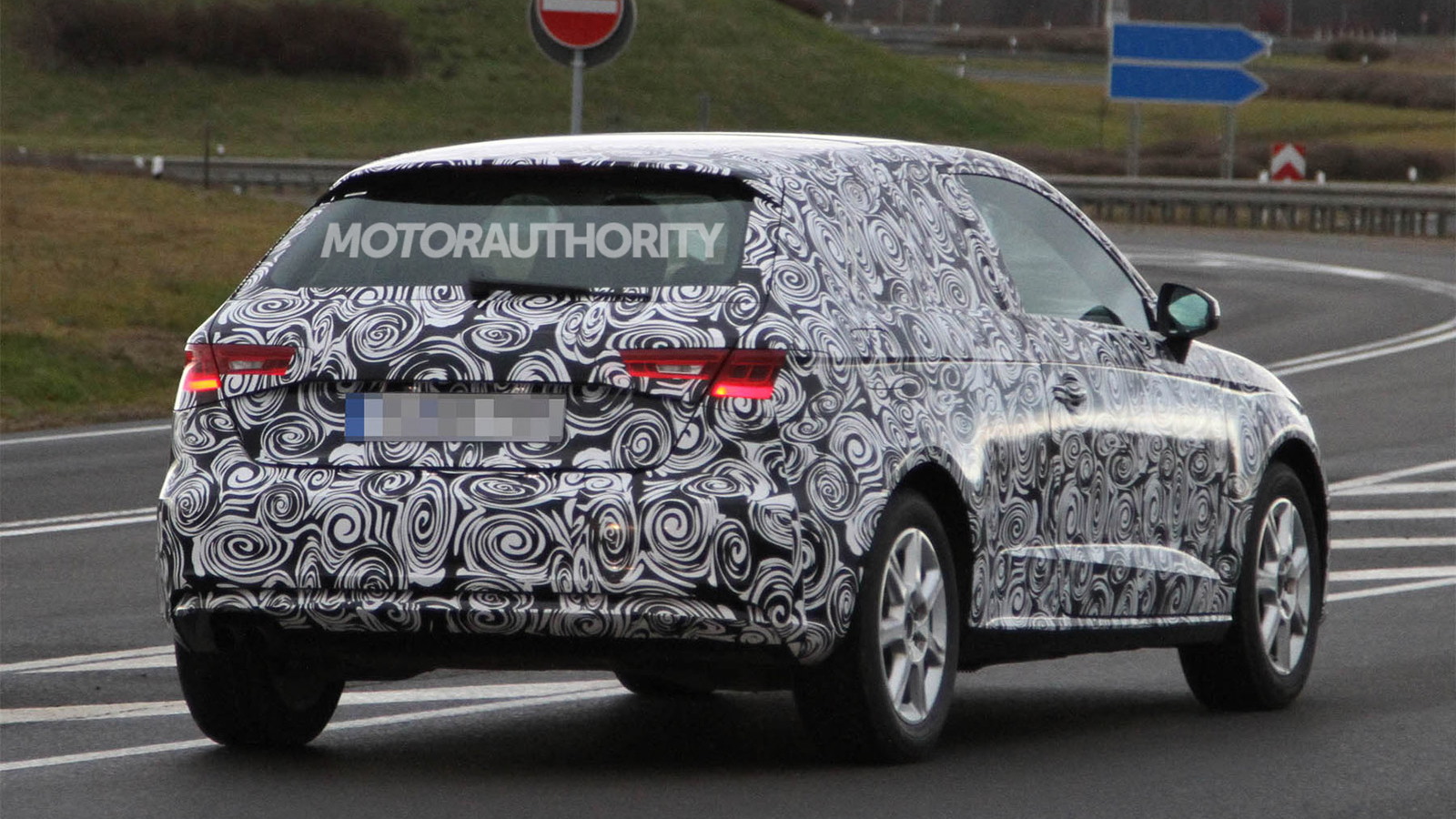 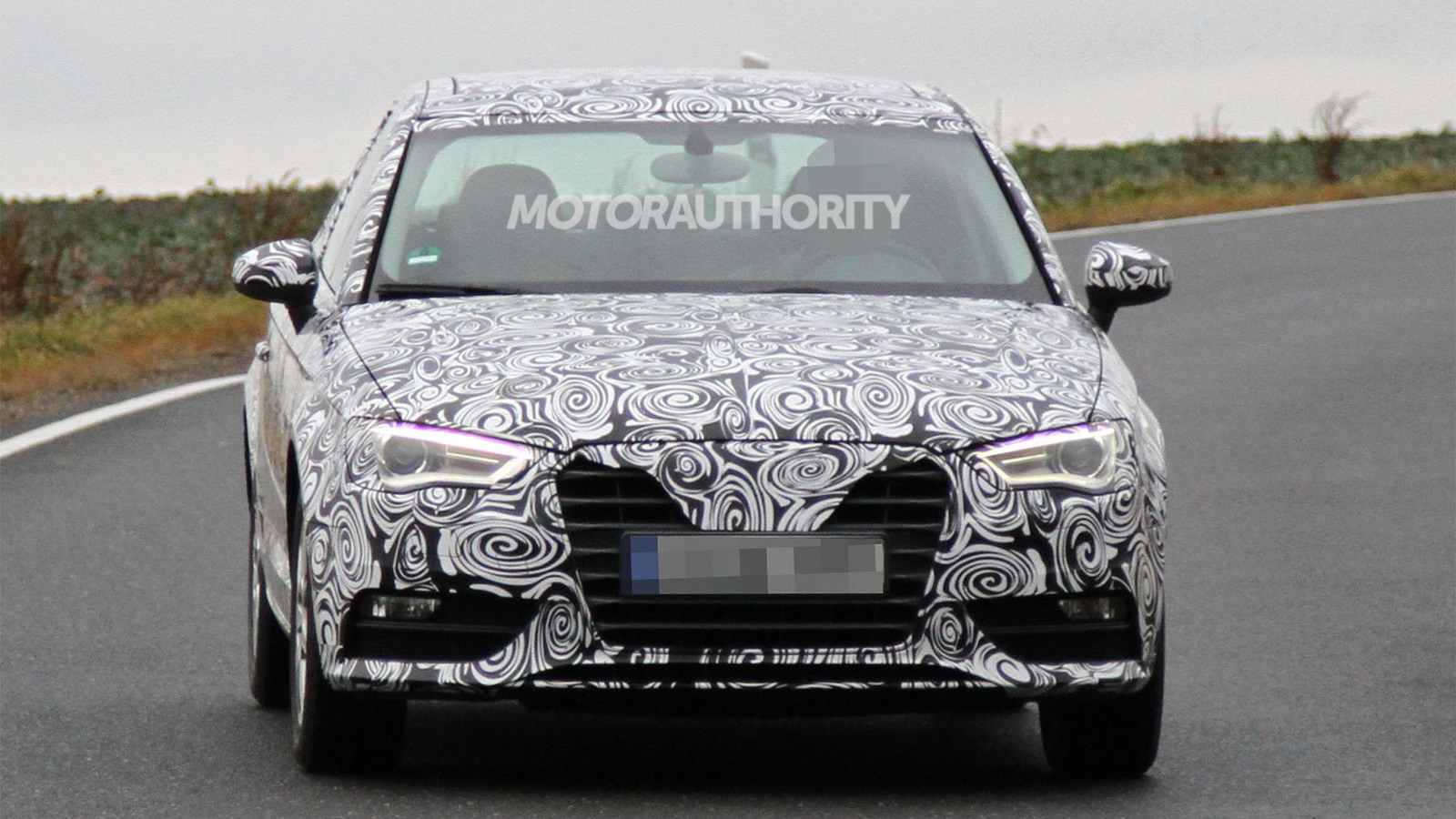 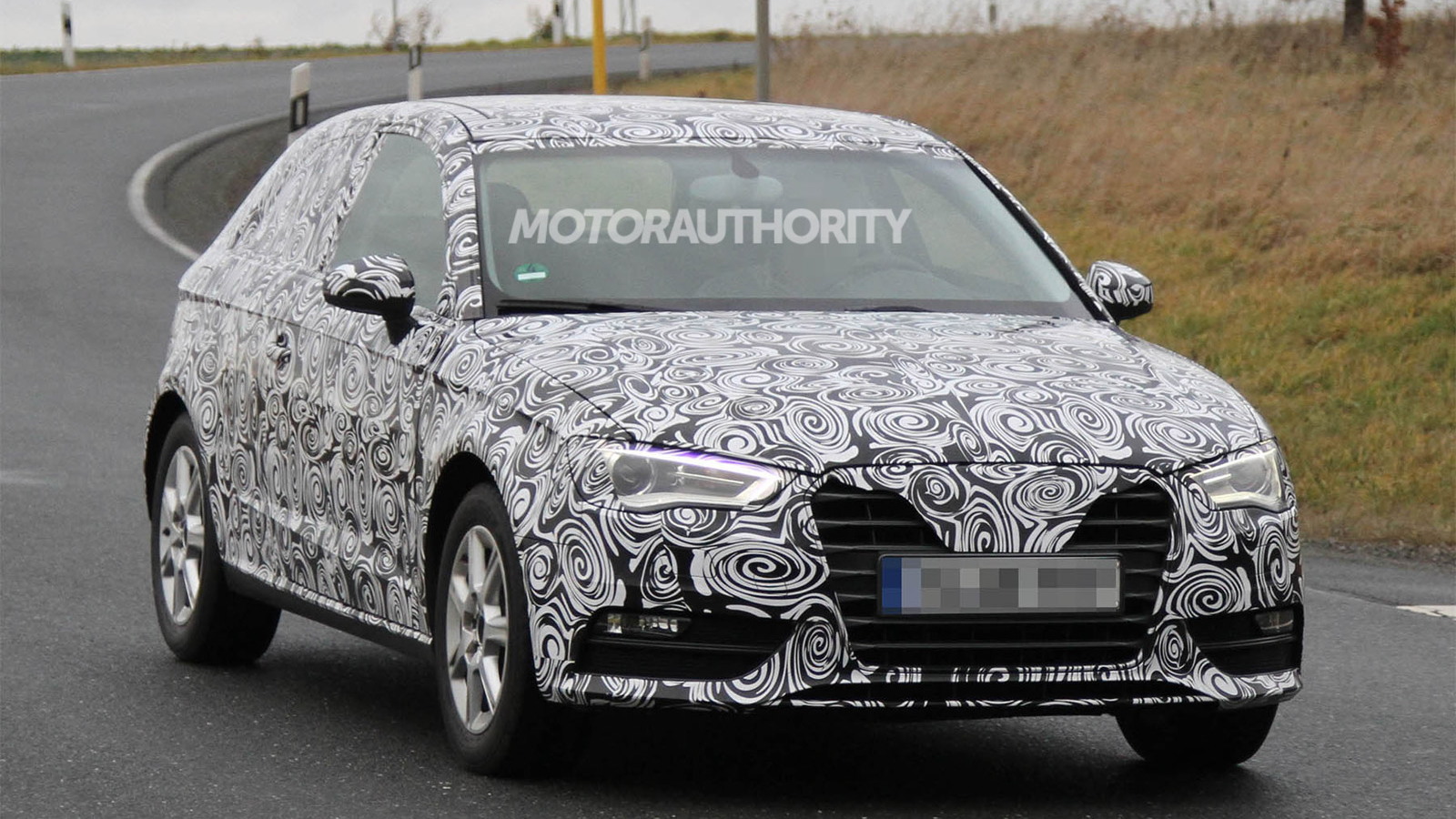 21
photos
Audi has pushed back the arrival of its next-generation A3 by one year as it tackles the development of several other models such as the recently facelifted A4 and A5 ranges. Originally slated to arrive at the end of this year, the next A3 will now hit the market around the end of next year as a 2013 model.

When it arrives, however, there will be some new bodystyles, and depending on where you live you may eventually be able to choose from up to six different powertrain types including plug-in hybrid and all-electric options.

The first model to arrive will be the three-door hatchback, a prototype of which was spotted recently testing in Europe by our spy photographers. Further down the track Audi will add a new sedan model, as previewed by recent concept versions, as well as a Cabrio and Sportback wagon, and according to previous reports perhaps even a new A3 Allroad soft-roader.

The move is designed to help the latest A3 compete with BMW’s 1-series range as well as a family of compact models based on the next-generation Mercedes A- and B-Class. Also planned is a sporty new S3 developing upwards of 280 horsepower, spy shots of which you can view by clicking here.

The new A3’s underpinnings will once again be shared with Volkswagen’s Golf, which means Audi’s latest modular platform design has been ruled out. Compared with the current model, however, the new A3’s footprint will grow in size and its profile appears much sleeker.

Our photographers also managed to capture some images of the new A3’s interior--completely undisguised. We can see a standard manual transmission, most likely with six forward gears, as well as a new retro design for the air conditioner vents. Other details include Audi’s latest touch-sensitive pad on the MMI scroller wheel and a new lane departure warning system displayed in the main instrument cluster. A seven-speed S tronic dual clutch gearbox is expected to remain an option.

The regular engine lineup should consist of a series of four-cylinder powerplants ranging from 1.4 to 2.0 liters in displacement and coming in both gasoline and turbodiesel forms. We could even see some form of cylinder deactivation technology to help boost gas mileage.

As mentioned, the new A3’s showroom debut isn’t expected until late 2012 or early 2013. In the meantime, click here to view official teaser sketches of the new car, both in sedan and three-door hatchback bodystyles. And if you want to see more of the concept version of the new A3 Sedan, click here.