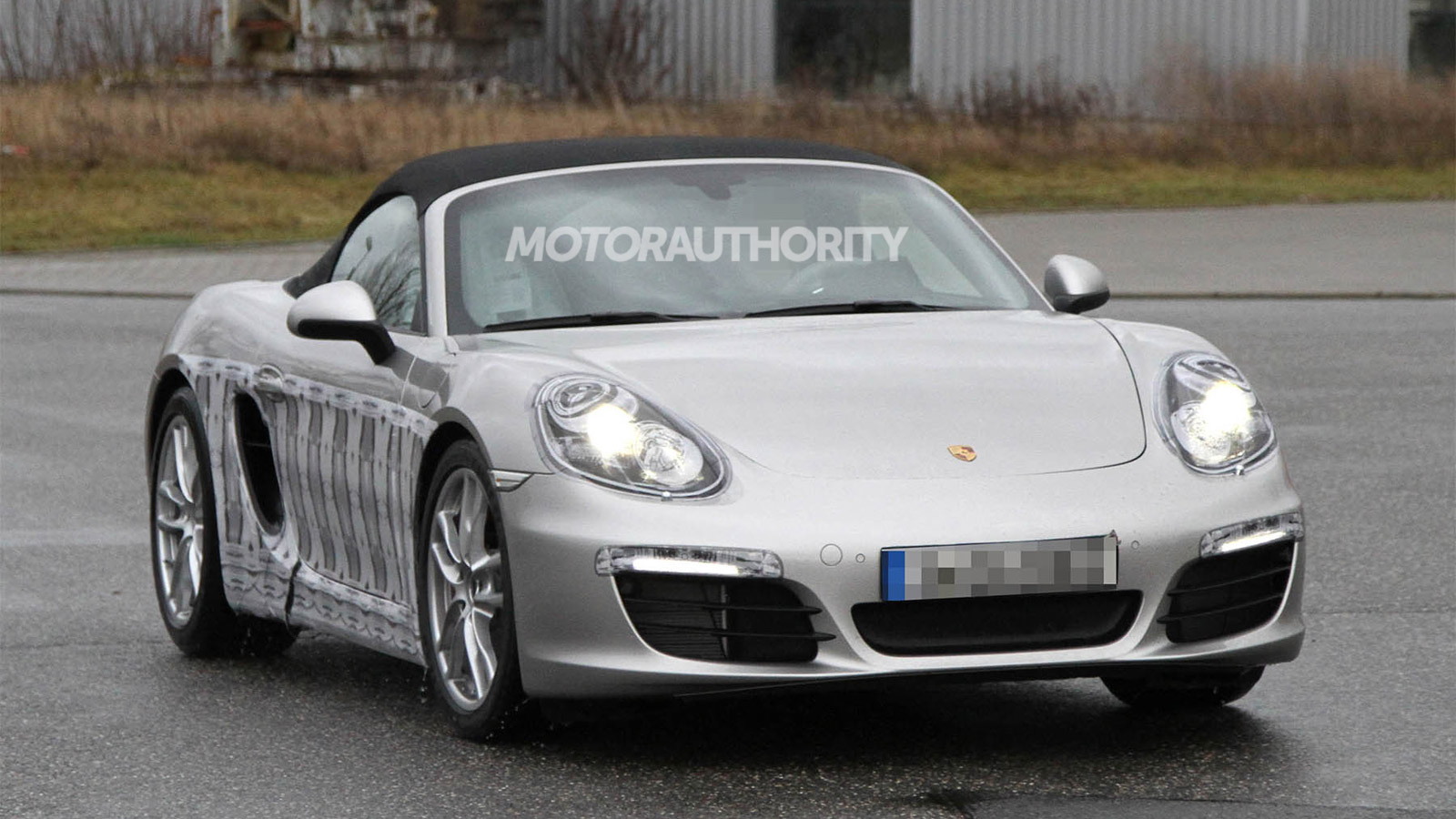 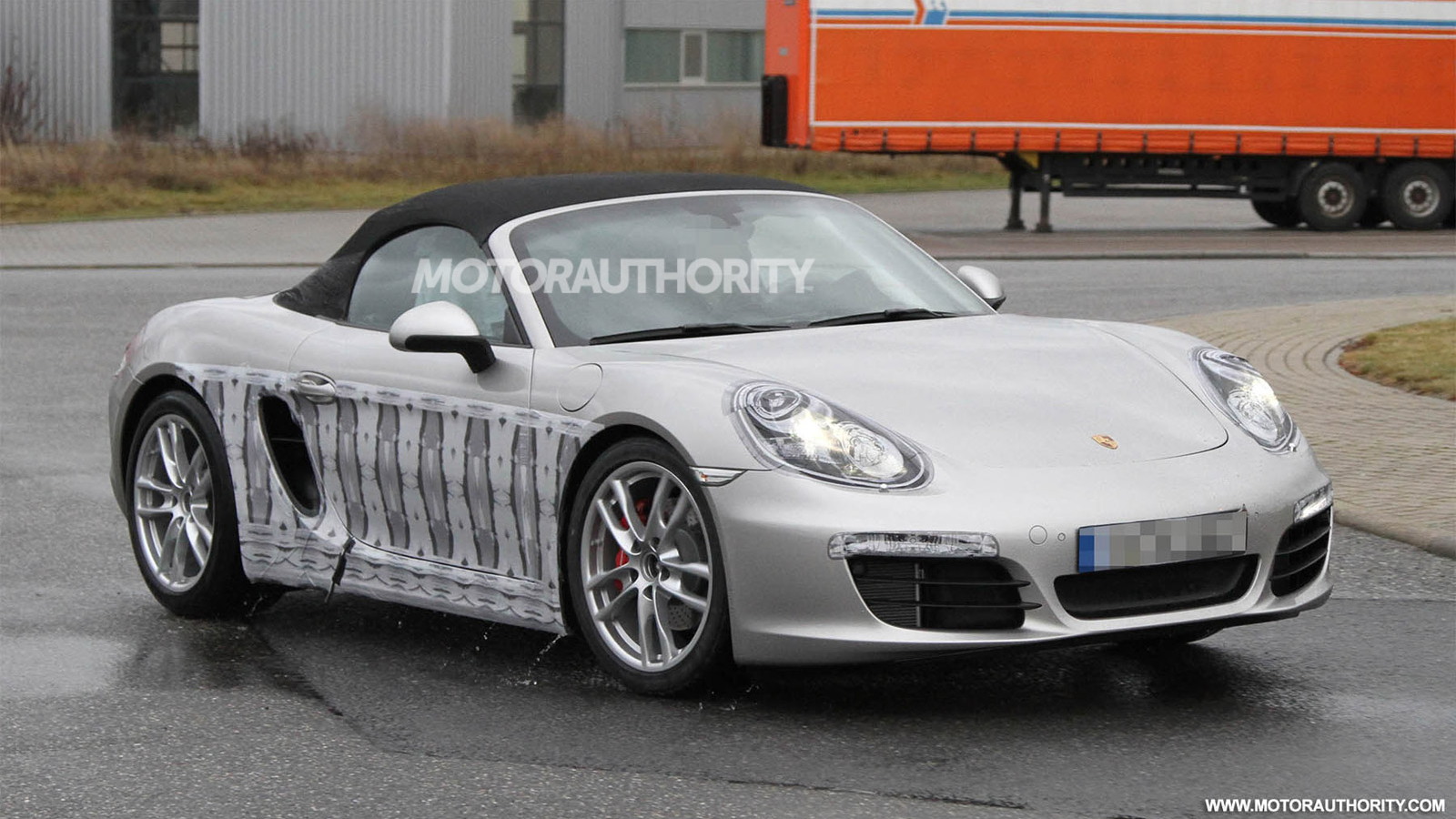 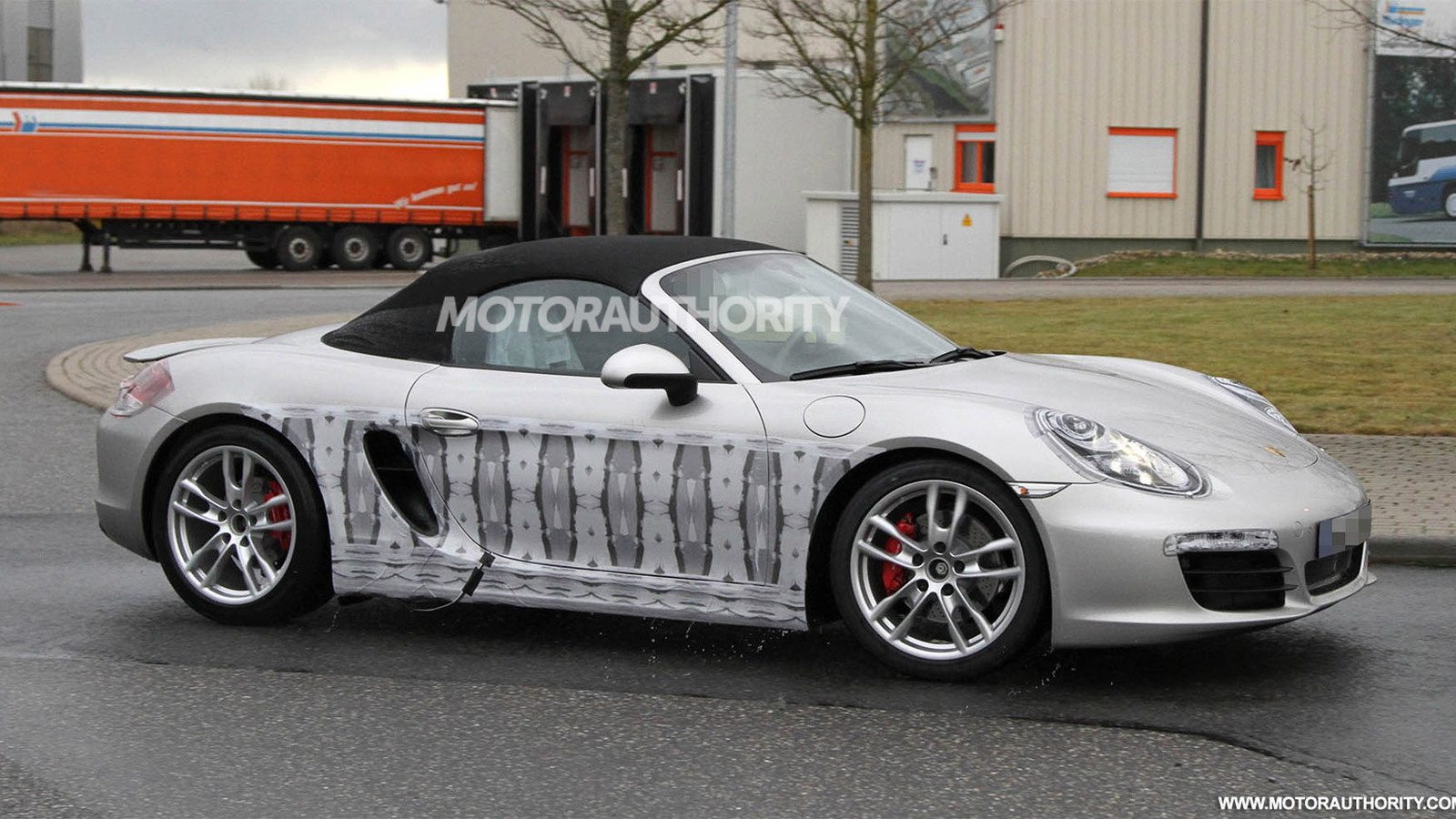 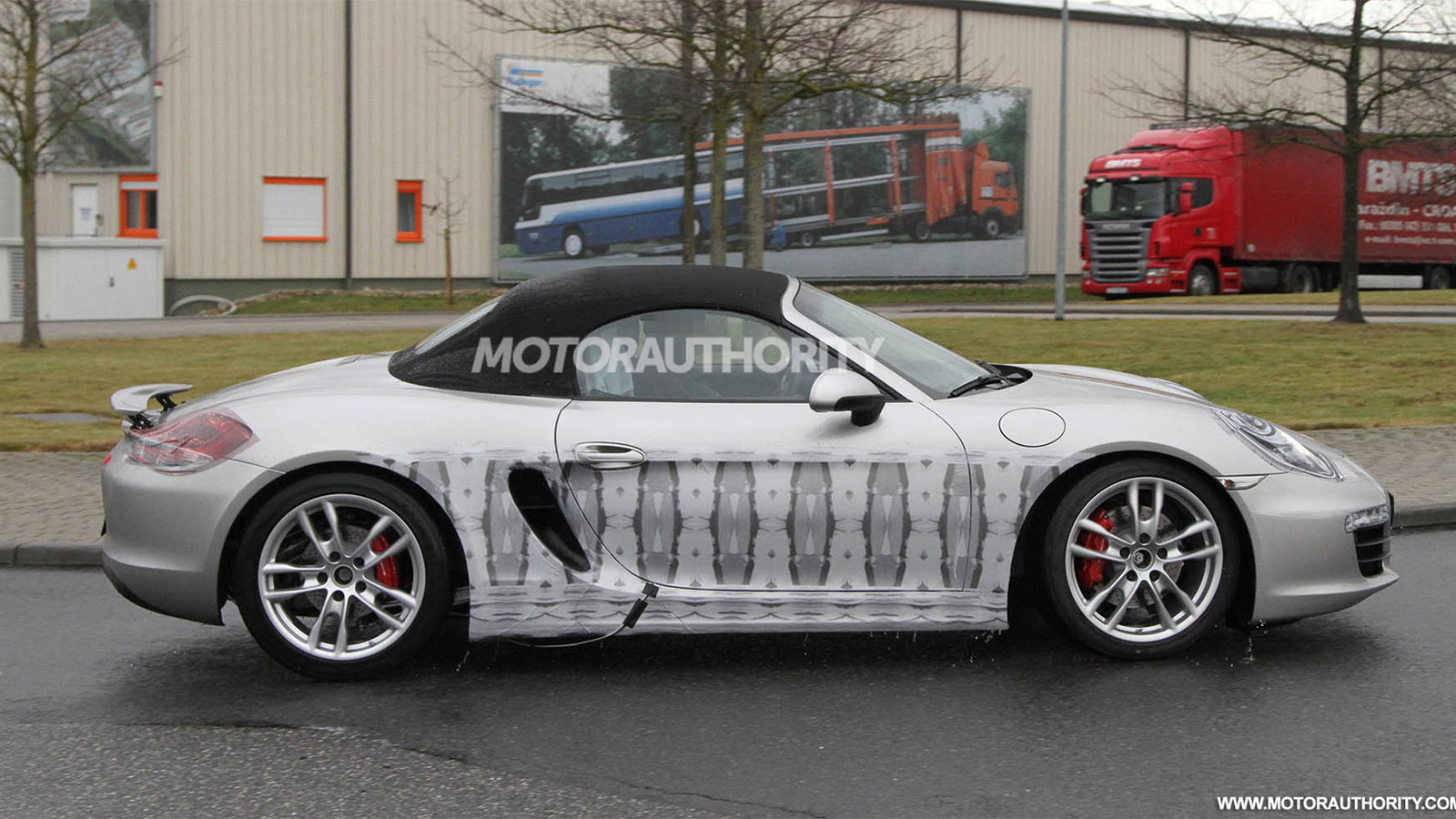 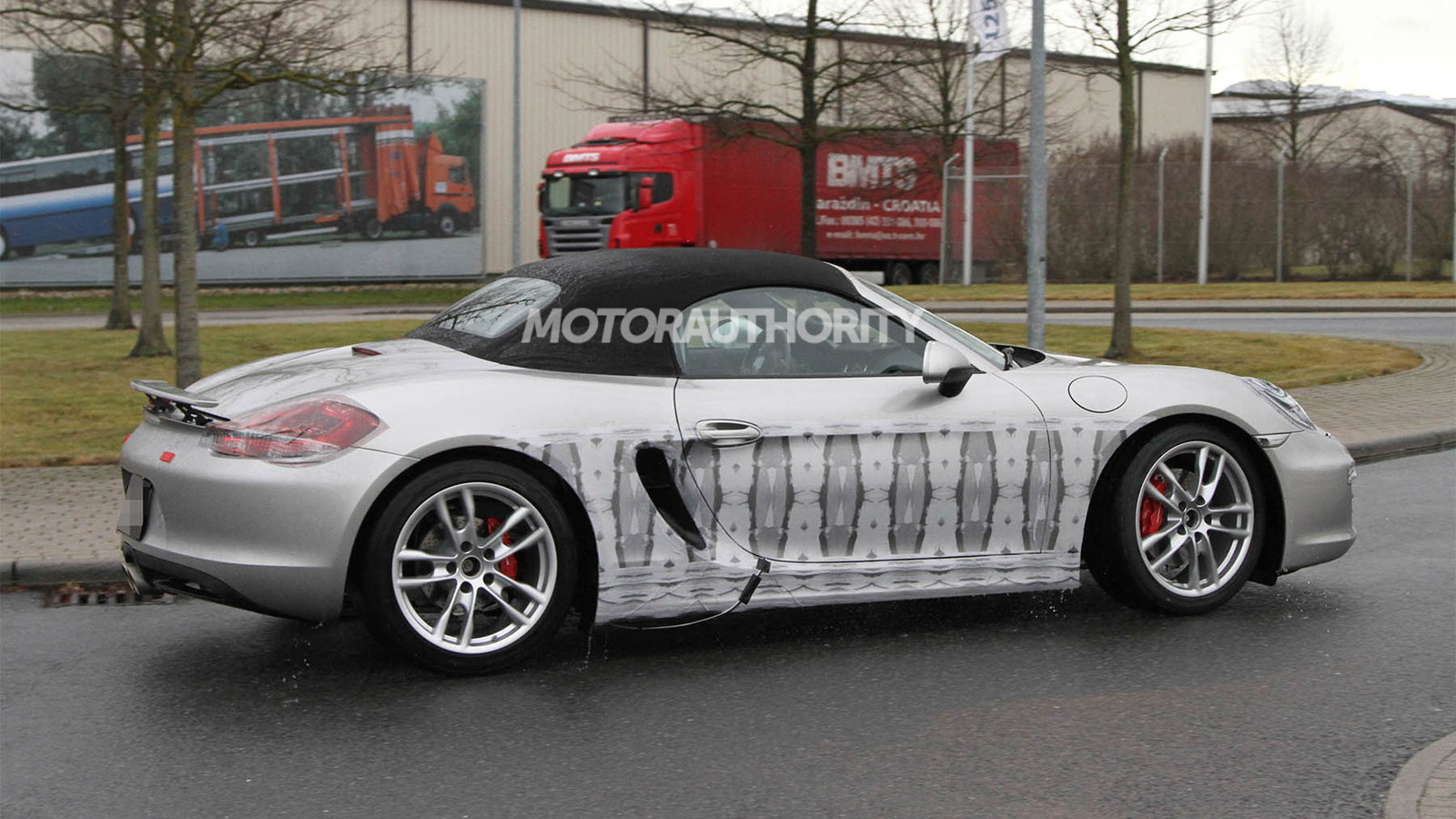 21
photos
With the arrival of the new Boxster S Black Edition in showrooms this year, Porsche’s entry-level convertible range is now complete and due to be replaced by a brand new model in the coming year, the 981-series.

These latest spy shots reveal a nearly completed prototype, which was spotted near Porsche's headquarters in Germany.

We can clearly see the new bumper designs for the new Boxster, including the integrated daytime running lights similar to those featured on the 2012 Porsche 911. There’s also more LED detailing found in the tail-lamps, which give off a stylized effect similar to the lights units used on the new 911 as well.

The overall size of the car appears to be slightly larger than the current model, though like the 911, which also grew, weight should be down thanks to increased use of aluminum and other lightweight materials in its construction.

Also going down should be the car’s engine displacement, with the most likely options being a new 2.7-liter flat-six in the standard Boxster and a 3.2-liter flat-six in the sportier Boxster S. Both engines are down 200 cc on the respective engines they replace. Expect output to be around 265 horsepower in the Boxster and 325 horsepower in the Boxster S.

Along with rumors of a revived 914, the new Boxster could certainly be fitted with a highly charged four-cylinder engine believed to be in the works at Porsche. If that’s the case, we're sure Porsche will still offer a six-cylinder option for upper range models.