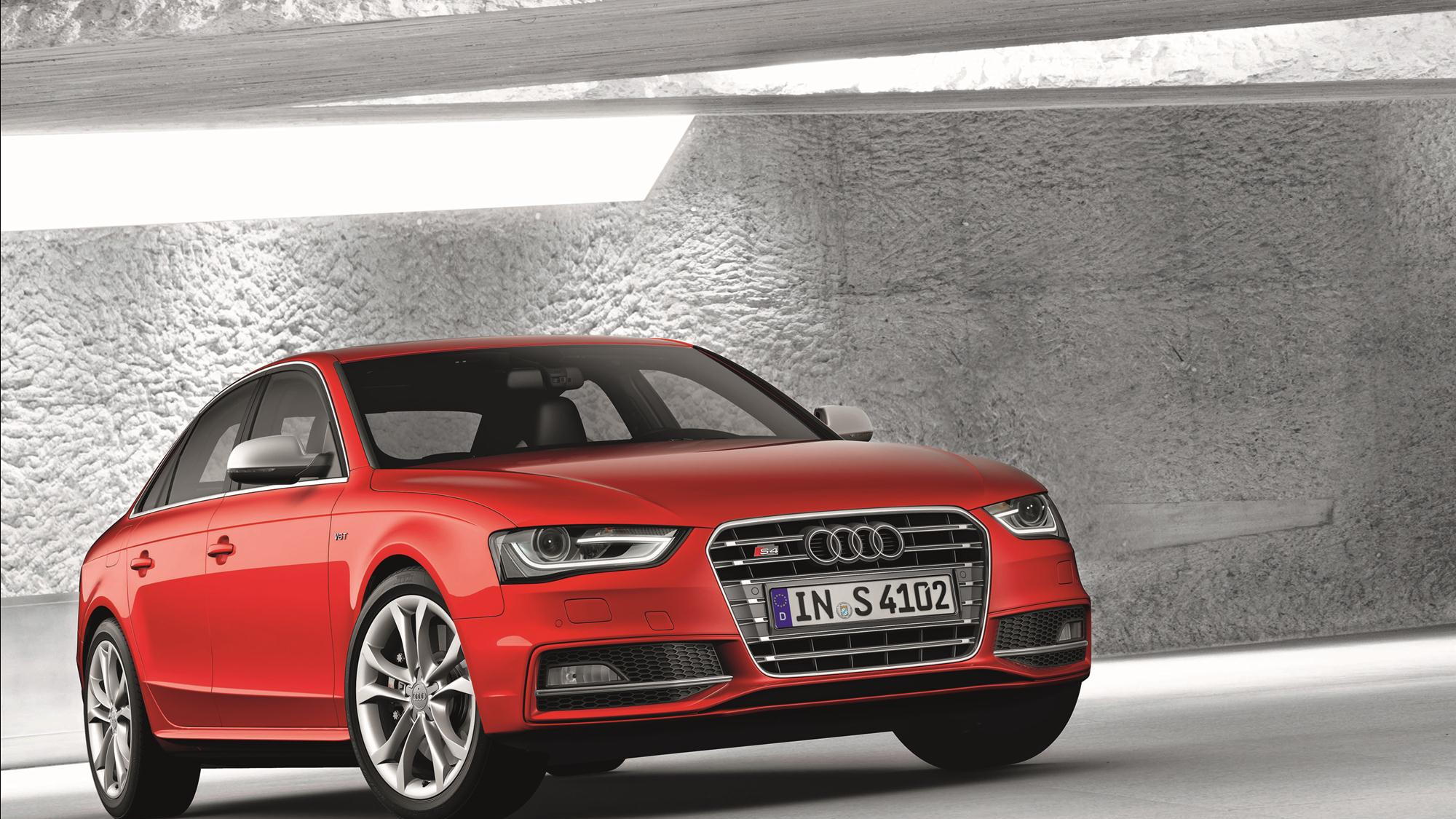 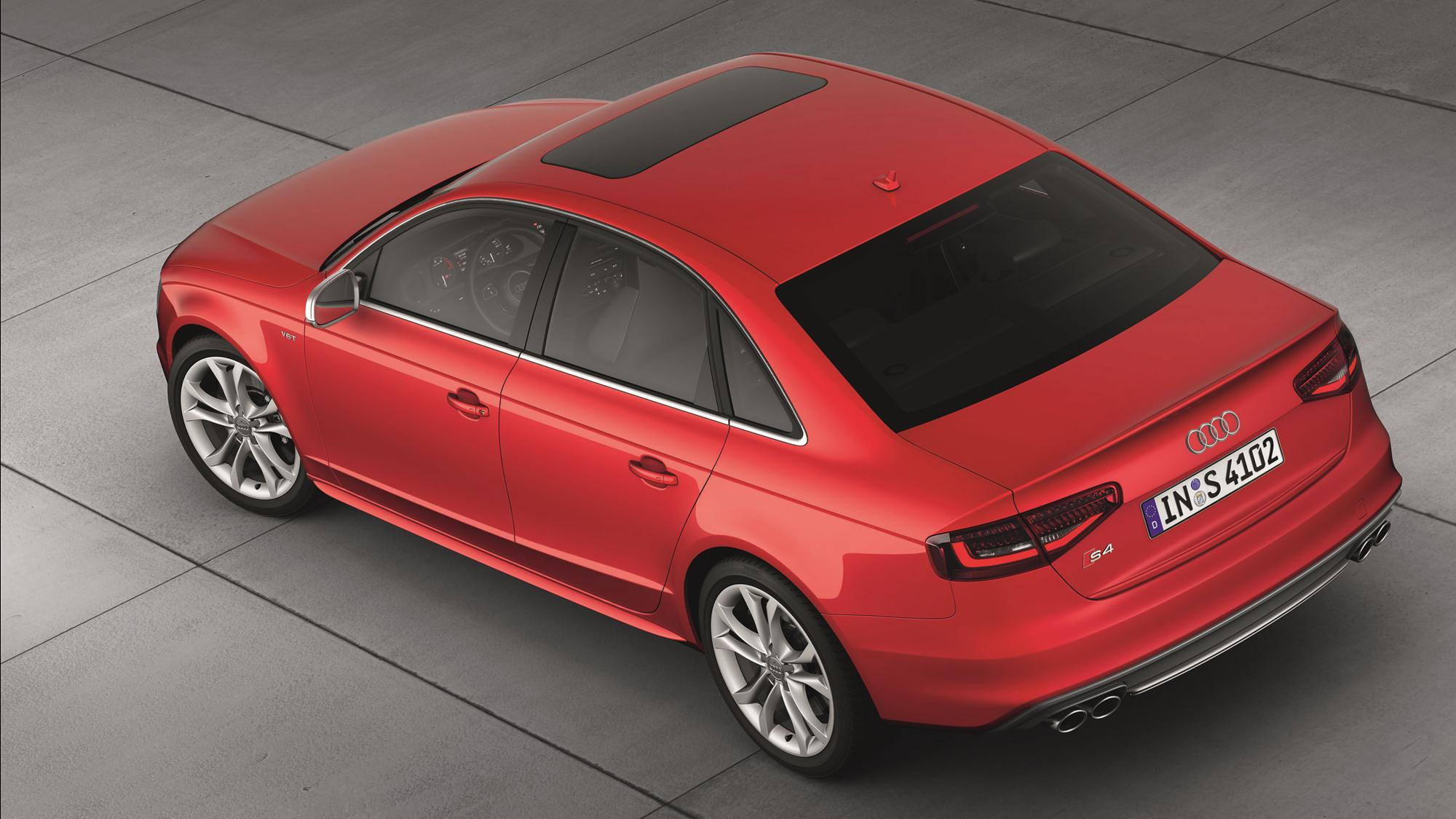 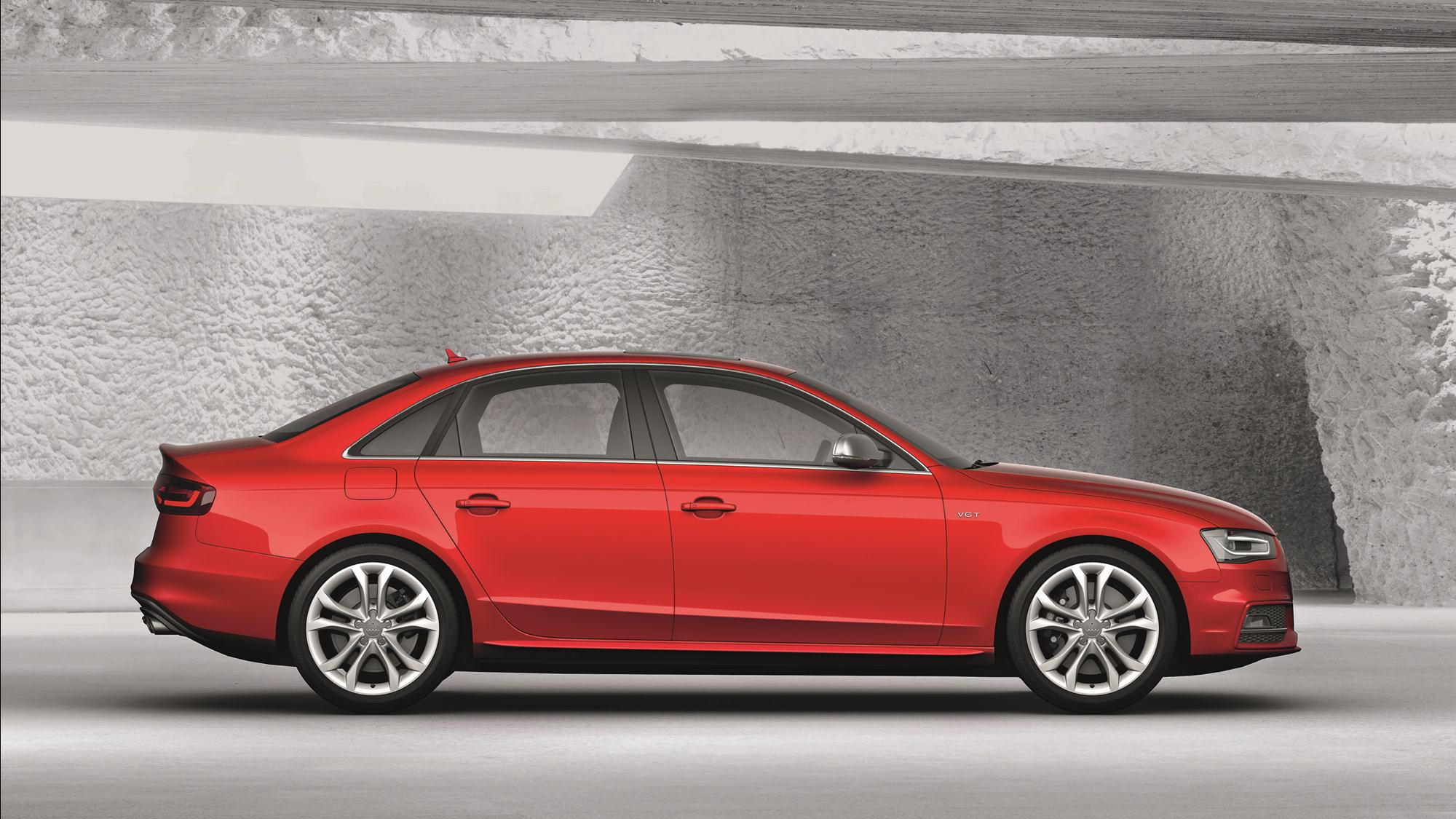 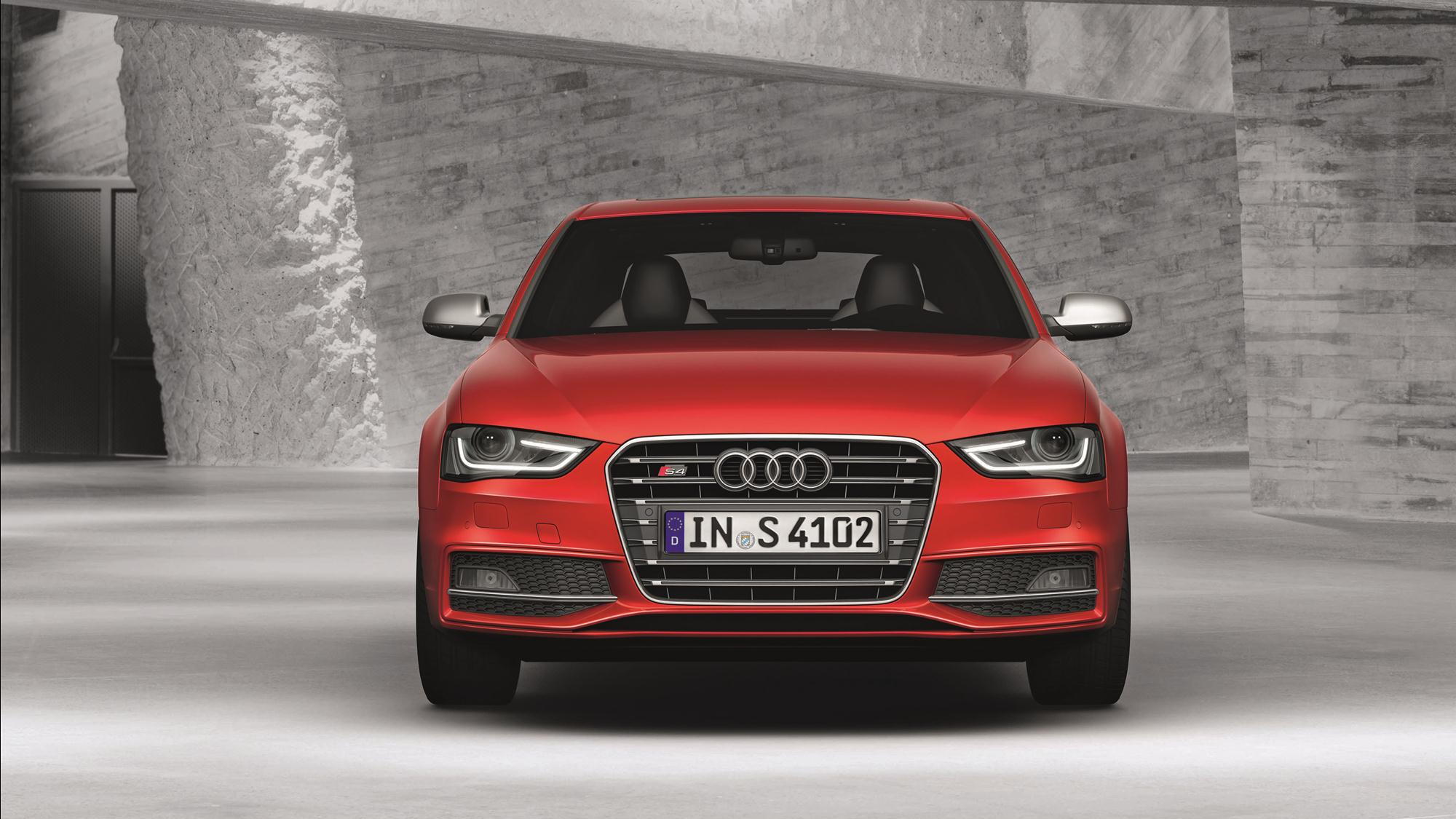 37
photos
The 2013 Audi A4 range is out, and it will (nearly) all be coming to the U.S. within the year, including the hot S4 and the crossover-like A4 Allroad.

Full details were just revealed for the European models, but we expect the core variants to remain mostly unchanged for the U.S. market.

As Audi's meat-and-potatoes car, the best-seller in its range, the A4 is a key model, and its update reflects that.

The lightly facelifted design gets some modernization and refinement, but still remains conservatively Audi. LED daytime running lights are standard, with conventional headlights and xenon-plus headlights as an available upgrade. A gray grille, angular air inlets, and flat fog lights complete the new front-end look. The Allroad gets some unique chrome accents and round fog lights, while the S4's look is a more aggressive, aerodynamic take on the A4's profile.

The Audi S4 gets the familiar 333-horsepower supercharged V-6 engine, a hotted-up version of the unit in the new A7. A six-speed manual transmission is standard, as on the A4, but it's not yet clear if the S4 will also be available with the seven-speed S tronic specced for the A4 and A4 Allroad. Audi states acceleration at 5.0 seconds to 62 mph (likely translating to about 4.8 seconds for 0-60) and a limited top speed of 155 mph.

Speaking of the Allroad, it will likely share its engines with the standard A4 when it arrives in the U.S., but it gets quattro all-wheel drive standard. The Allroad is available in both sedan and avant (wagon) forms in Europe, so there's a chance we could see both here as well.

All models will get some form of Audi Drive Select, which lets the driver choose from Comfort, Auto, Dynamic, and Efficiency driving modes, and, in navigation-equipped models, a configurable Individual mode. This setting adjusts the throttle response, shift points (for the automatic transmission models), power steering, and air conditioning to return the driver's desired balance of sport and economy. Adaptive cruise control, dynamic damper control, a sport differential, and more are available as upgrades.Prices for the 2013 Audi A4 range are expected to rise only slightly. The car will begin arriving at U.S. dealers next summer.