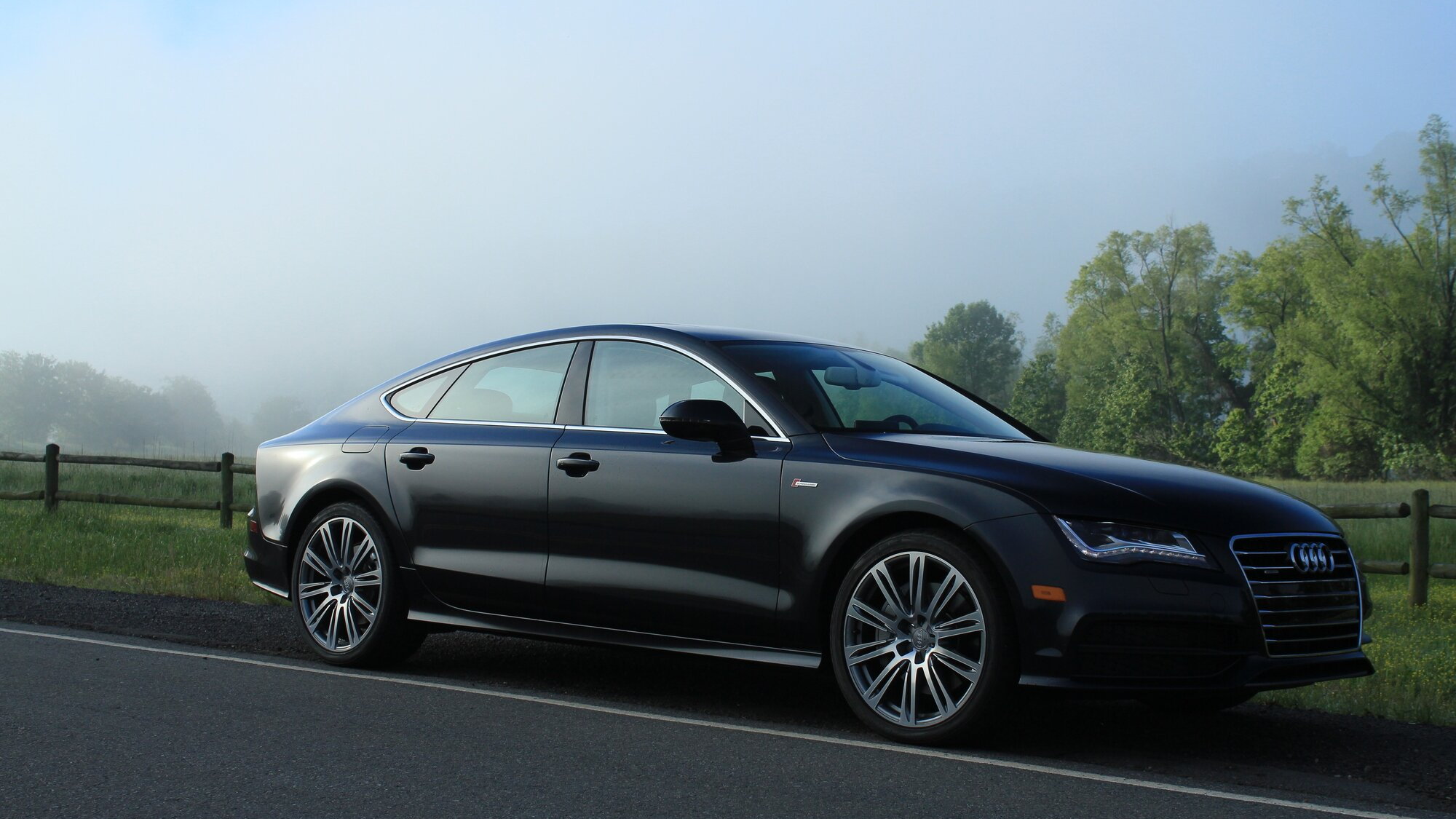 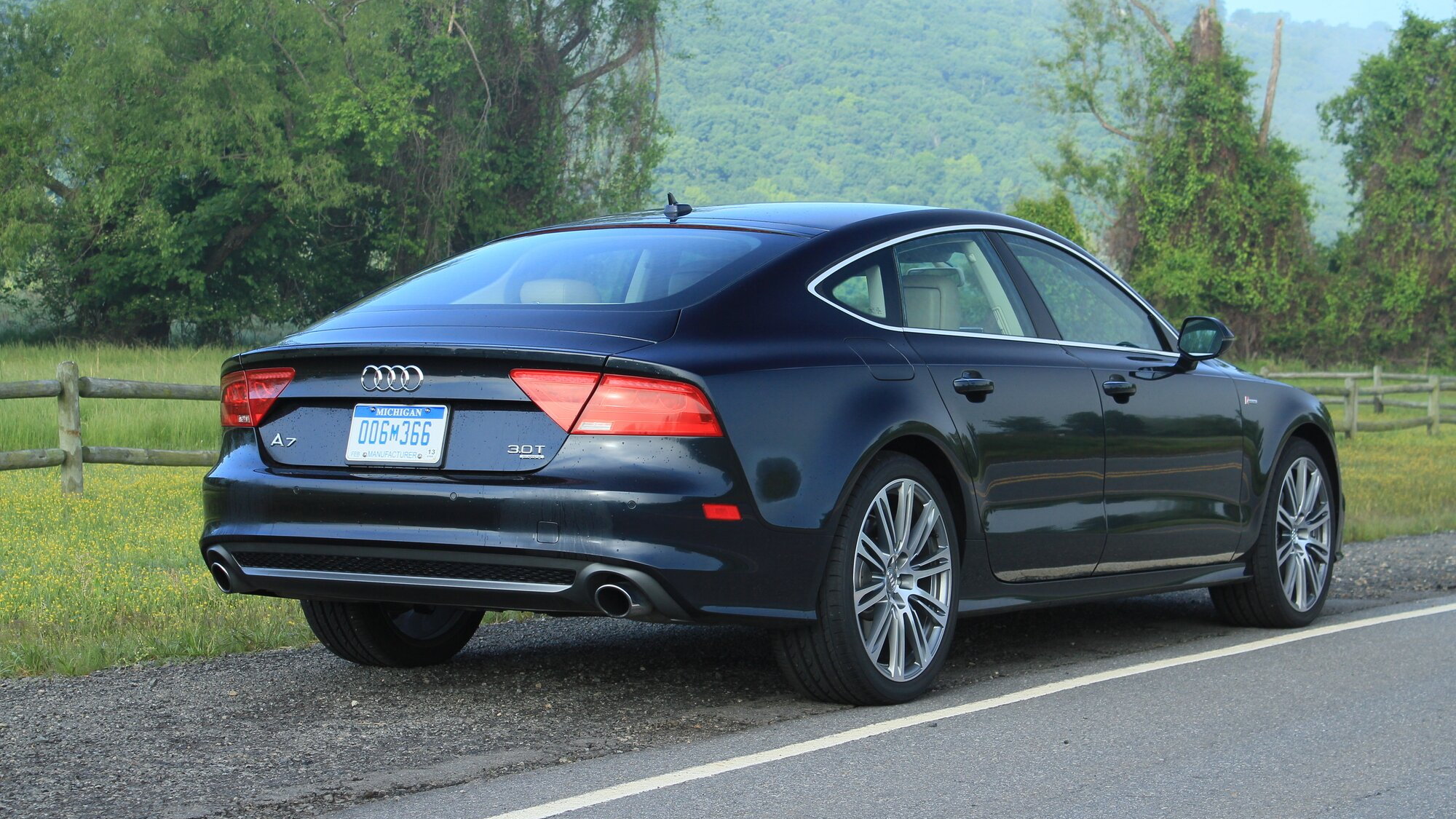 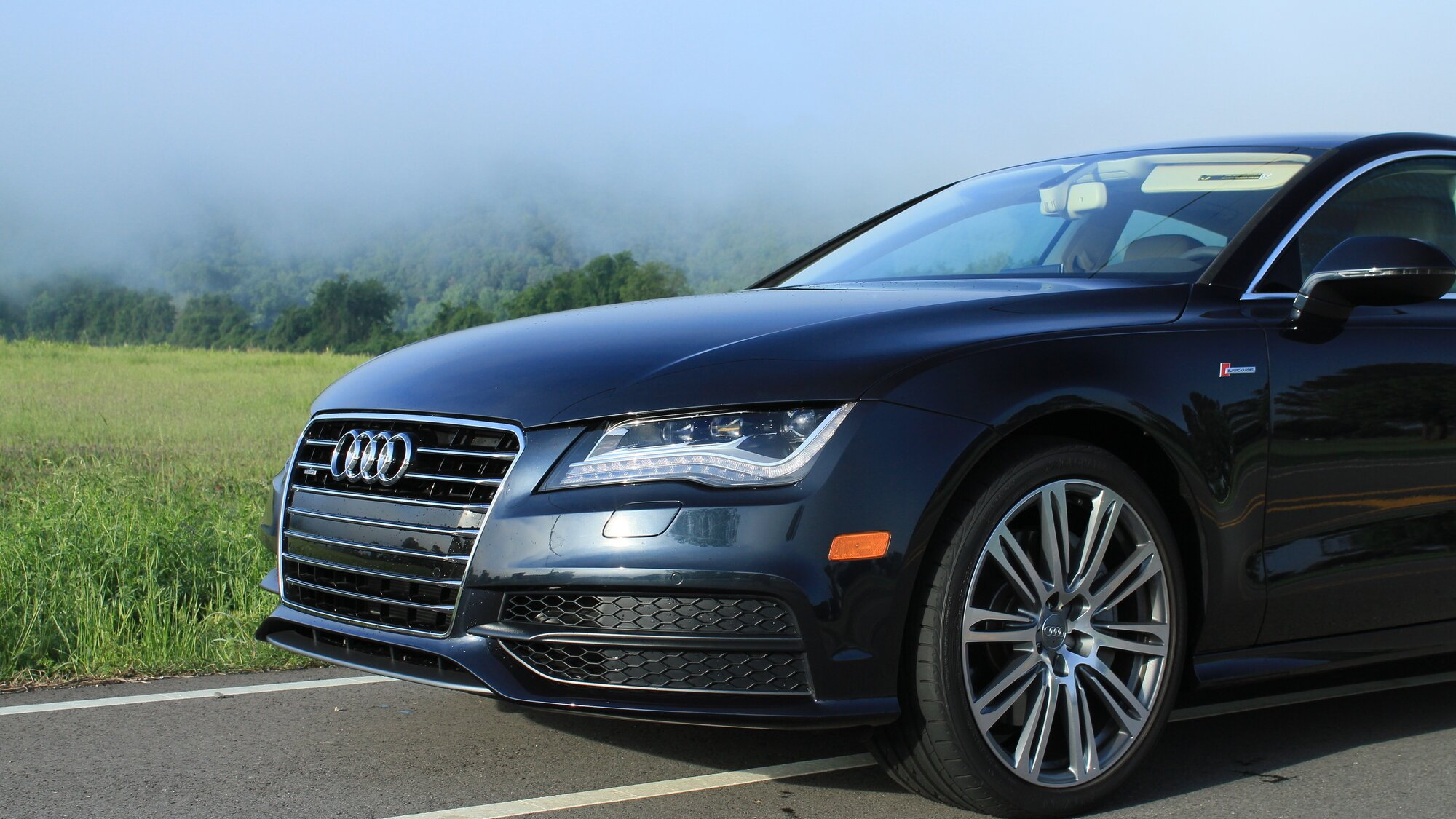 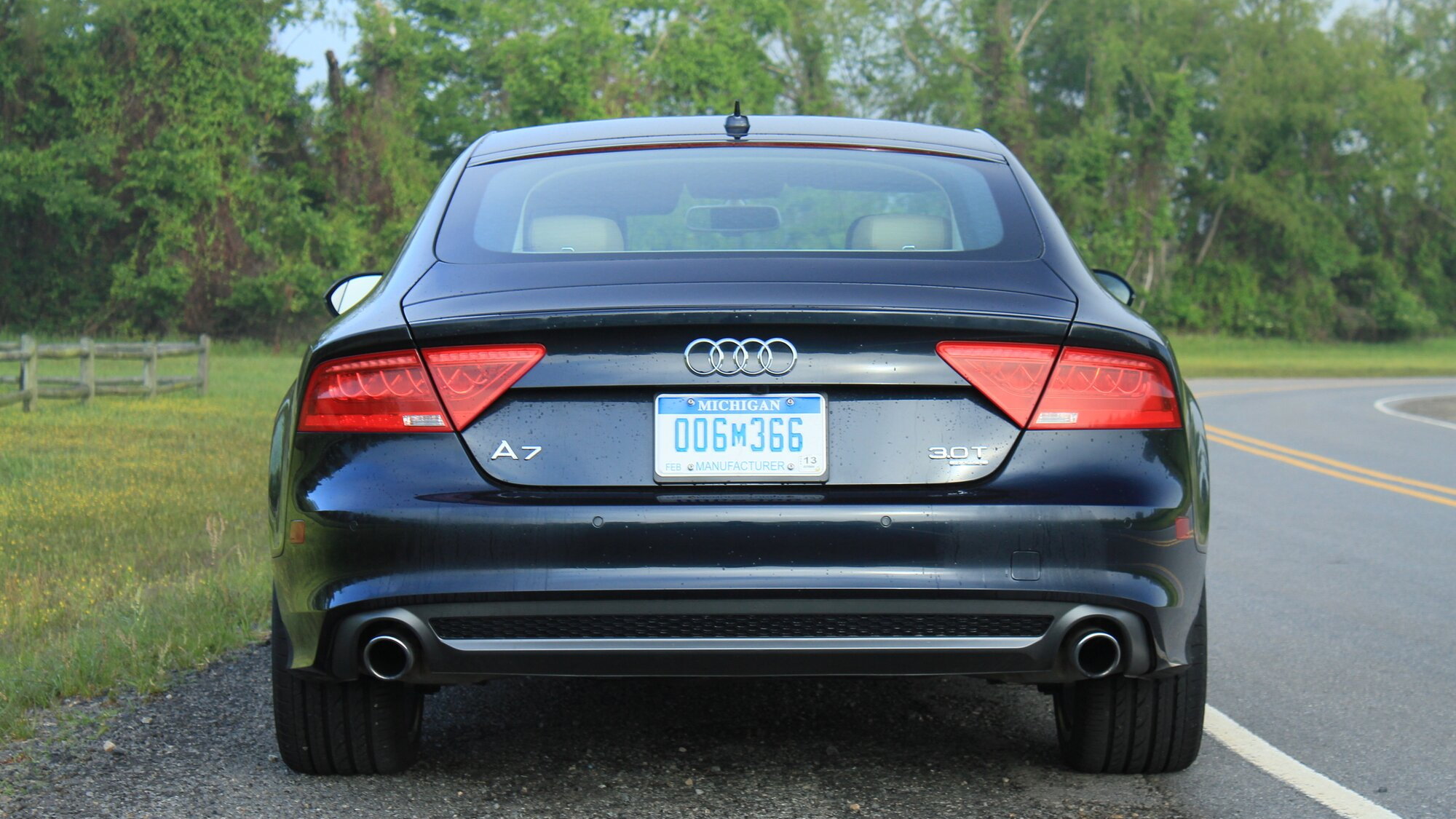 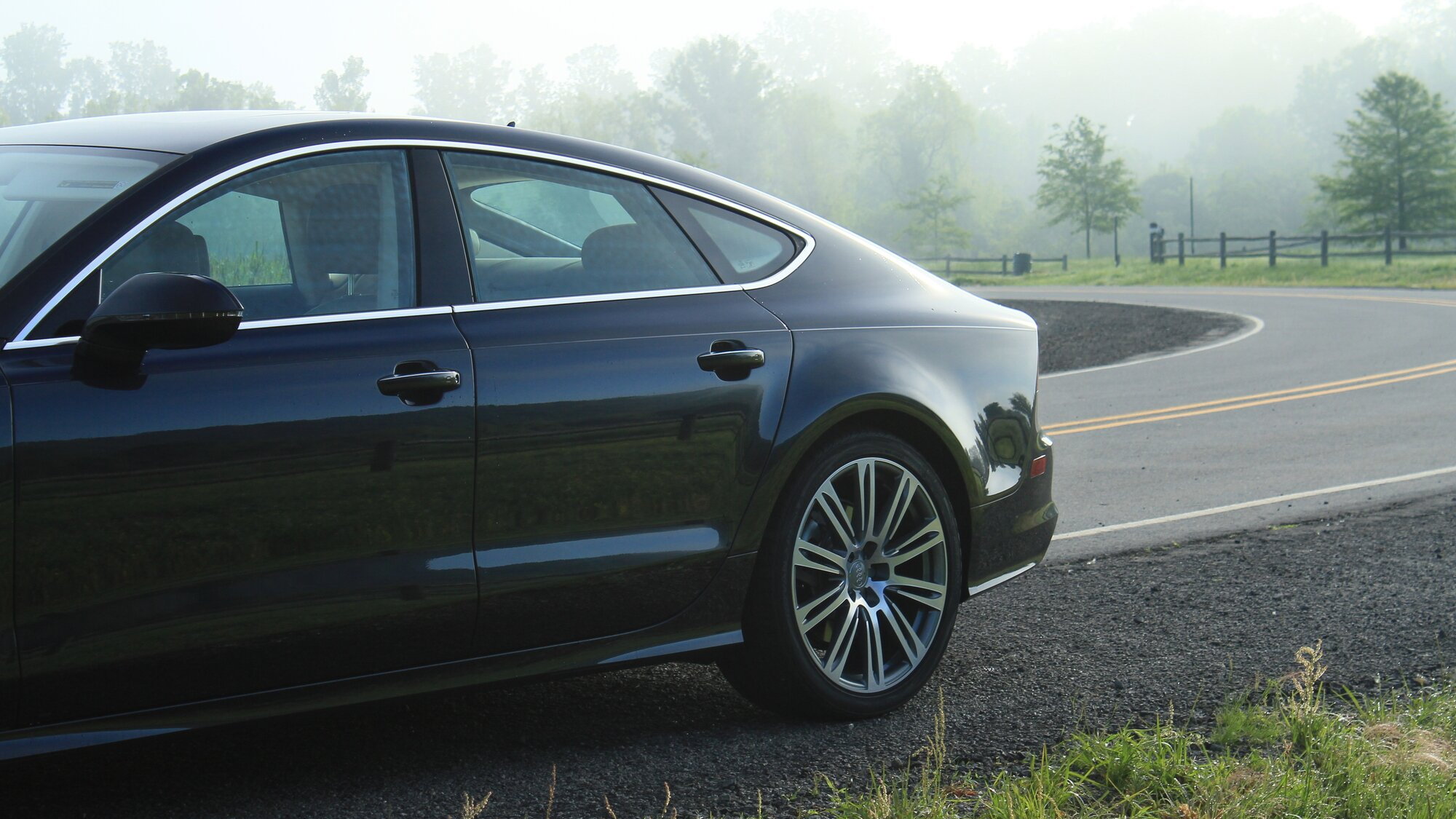 The 2012 Audi A7 has been a long time coming to the U.S. We first learned about the car from the official release nearly a year ago, in July 2010. It wasn't until last month's New York Auto Show that the car was revealed for America. Shortly after the show, I spent a week in the car.

So how was it? In short, there are only three things I don't like about it, and they're not deal-breakers. For some, they won't even be issues. But I'll get to those in a minute.

The car is, on the whole, quite good: it drives like a much smaller, lighter car, it's eminently comfortable, and, perhaps most importantly, it looks incredible.

The Web often does injustice to a car, making it looks worse than it does in person. While the A7 carries itself well in pixels, it's all the more impressive in person. Unlike the vast majority of the long-back semi-hatch sedans on the market, there's nothing awkward, lumpy, or fat-bottomed about the A7. The proportions just work.

Behind the wheel, you get a sense that the 310-horsepower supercharged V-6 is almost a perfect analogue for the V-8s of just a few years ago. It pulls like a superlux bullet train, willingly ripping through the gears on its way to a 5.4-second 0-60 mph time. Unfortunately, the fuel economy is also roughly analogous to the V-8s of a few years ago: I observed an average in the mid-16 mpg range over the course of a week, and frequently dipped into the 12-14 mpg range on spirited trips. That's the first of the things I don't particularly like about the A7, but it's one I could live with considering the car's positive traits from a driver's perspective.

There's a lot to like about the A7 from a passenger's perspective, too, including a roomier-than-expected rear seat. It's not a long-wheelbase executive limo sort of roominess, but even those a few inches over six feet have space to relax. Up front, the comfort is almost limitless thanks to the highly adjustable seats, except for one small detail, likely an artifact of side-impact crash requirements: the driver's seat isn't centered on the steering wheel.

I spent the first two days wondering if my eyes had come out of alignment, as it's only a little over an inch or so inboard of the wheel. But it's definitely noticeable. After four days I'd accustomed myself to it, but still noticed it. Fortunately it doesn't impact ergonomics or engagement with the wheel, so the driving experience is still solid. It is a bit unsettling at first, however. That's the second thing I didn't like about the A7.

The third thing I didn't like is purely a matter of preference, but it was so consistently and solidly against my preference that it's worth mentioning: the MMI dial turns the wrong way. It's not unique to the A7, so if you like Audis, it won't trouble you a bit. If you're used to turning a horizontal dial to the right for "down" in a menu layout, and to the left for "up," however, it'll drive you half crazy, as you'll constantly be back-tracking or looping from the top to the bottom of lists by accident. Like I said, small beans, but considering the sophistication of the display and the fairly fine-grained ability to configure the car's drive parameters through the system, you'd think this, too, would be an option you could change. For the life of me, I couldn't find any way to do it.

Small gripes aside, the A7 matches the cream of the four-door-coupe/hatch/sedan segment in terms of refinement, style, and performance. It's quick, it handles shockingly well for such a large car, exhibiting none of the nose-heavy, understeering traits Audis are often known for in hard driving. To be clear: it's more of a full-size sports sedan than a sports car, but it's well-mannered, engaging, and very fun to drive.

On top of that, it has a rather large cargo area under the hatch, and with the seats down, it's limited only by the sloping rear in terms of capacity--there's a lot of room here, and a lot of utility. It's a solid overall package.

Audi has also confirmed that the S7, a higher-performance, sharper-handling, V-8-powered version of the A7, will be coming to the U.S. soon as well, six to 12 months after it makes its European debut. But will it be able to bring the fight to the Panamera Turbo or Turbo S the way the standard A7 does to the base Panamera? We'll have to drive it to find out.