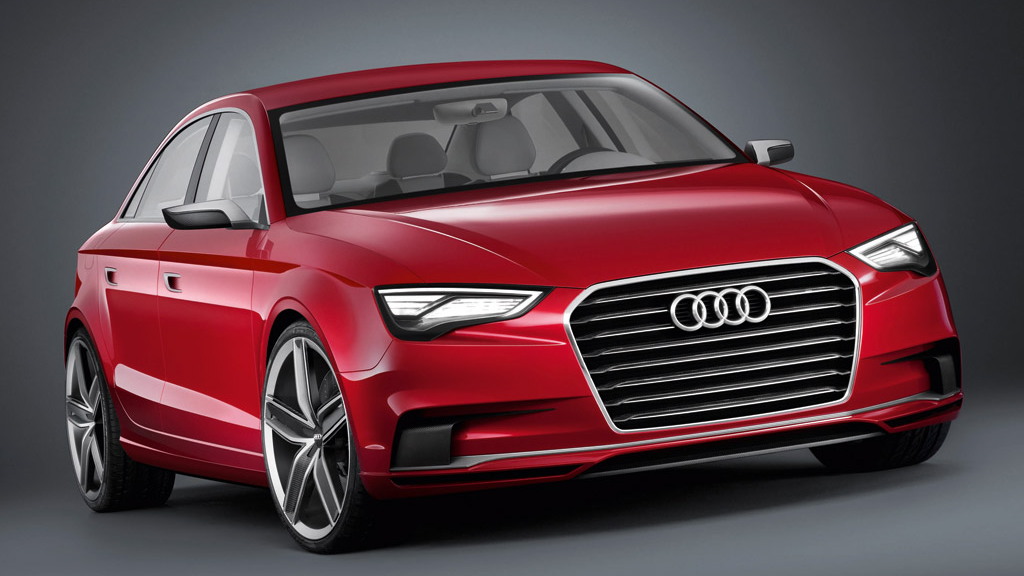 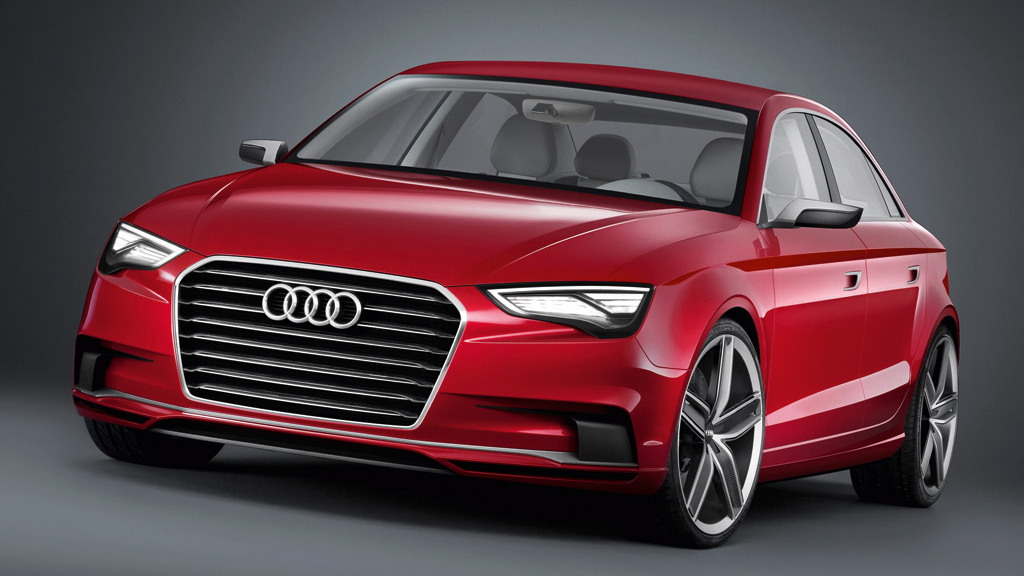 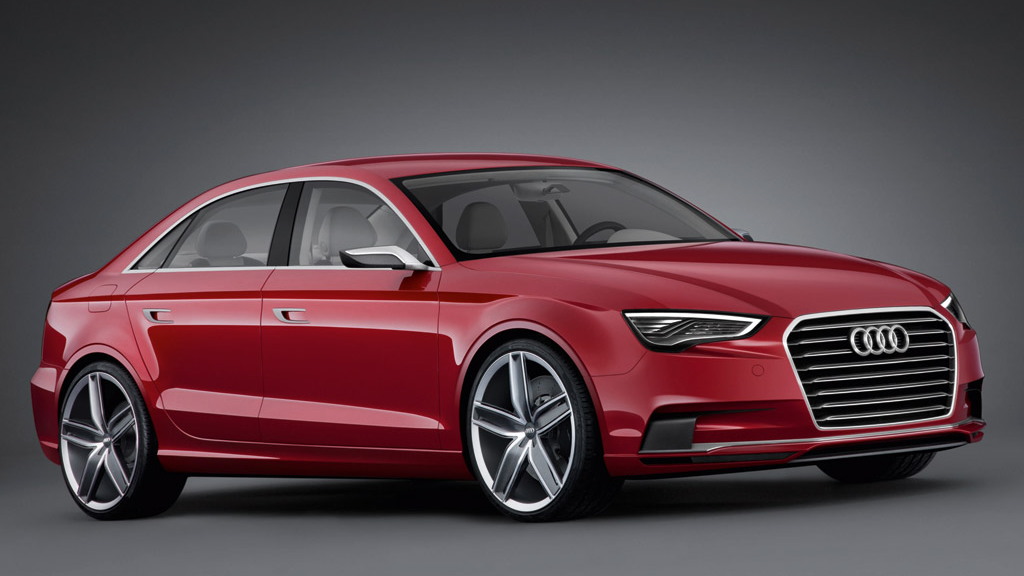 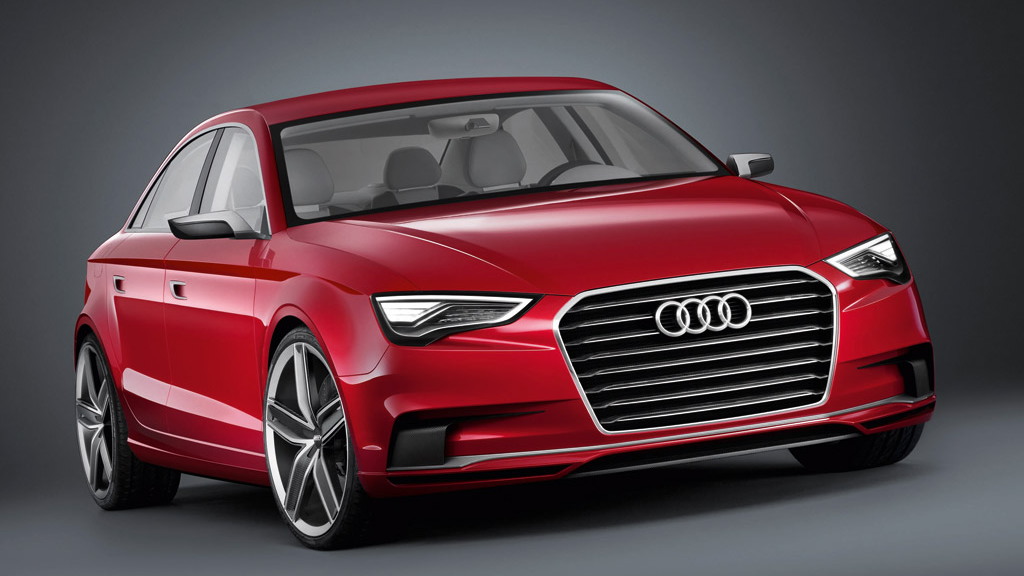 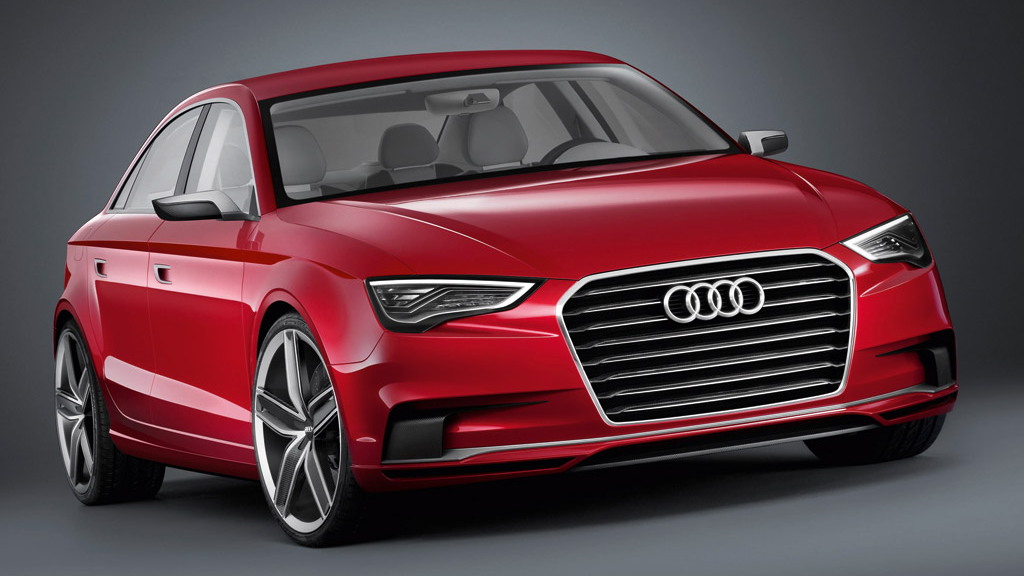 24
photos
Following yesterday’s leak and the official stuff we saw last month, Audi has finally released the full gamut of images and details on its svelte new A3 Sedan Concept, which is on display this week at the 2011 Geneva Motor Show.

The car is a preview of the next-generaiton A3 and represents the typical Audi language of sporty elegance. It integrates the now familiar single-frame grille, with its tapered upper corners and headlights, with the latest generation of Audi's LED technology. The low, flowing roof dome and a coupe-like low C-pillar are among the distinctive features of the side view.

Interestingly, Audi has fitted carbon fiber pieces for several components of the body. These include the single-frame grille, side view mirrors, and rear diffuser insert. Thanks to such weight saving, the concept tips the scales at 3,395--nothing to brag about but reasonable given the technology inside.

Measurements confirm it will remain in the small car segment: 14.57 feet in length, 6.04 feet in width and 4.56 feet in height.

Located behind the compact, flat-bottomed, three-spoke multifunction steering wheel are two analog dial instruments with black dials and red needles, complemented by additional kidney-shaped displays. In between the two large round dials is the large, eight-inch display for the driver information system. The display is user-programmable--the driver can select the content to be displayed from an extensive menu.

Under the hood sits a turbocharged five-cylinder engine with 408 horsepower and 369 pound-feet of torque on tap. This is linked with a seven-speed dual clutch transmission and Audi’s quattro all-wheel drive system, suggesting that a high-performance RS3 version is planned.

Audi promises a 0-62 mph time of just 4.1 seconds and a top speed electronically limited to 155 mph. In terms of fuel consumption, the four-seater gets by on 25.85 mpg for the European combined cycle and emits 341.18 g of CO2 per mile.

The next-generation Audi A3, meanwhile, is on track for its sales debut in the second half of next year, most likely making the new A3 Sedan a 2013 model year runner. For more details, check out our previous post by clicking here.

Follow our complete coverage of the 2011 Geneva Motor Show by clicking here.