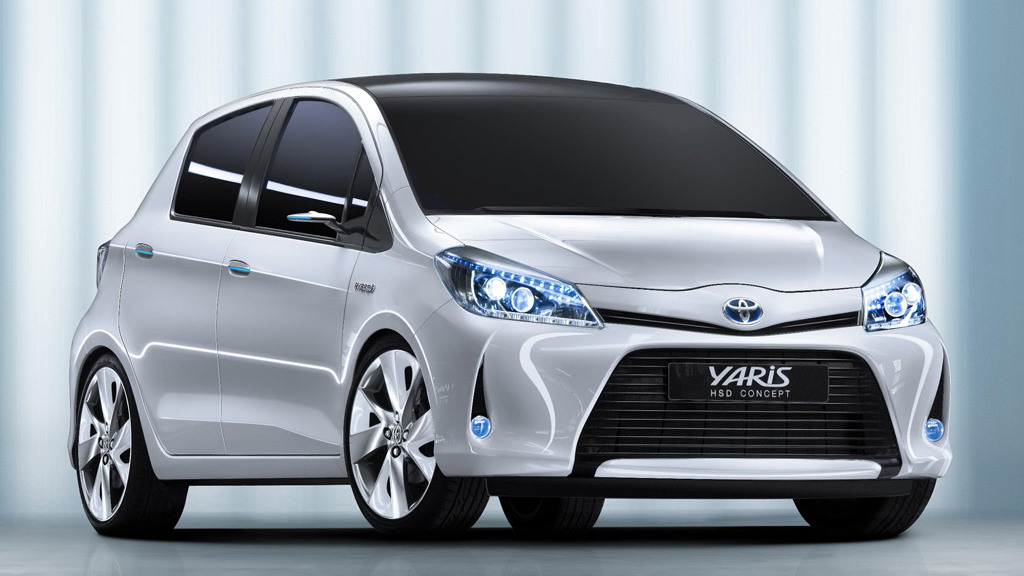 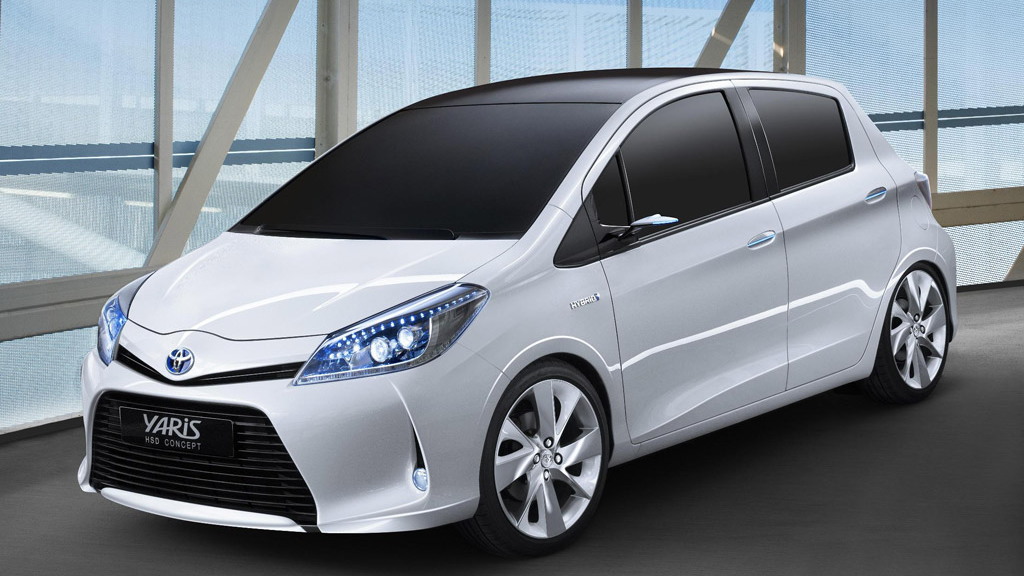 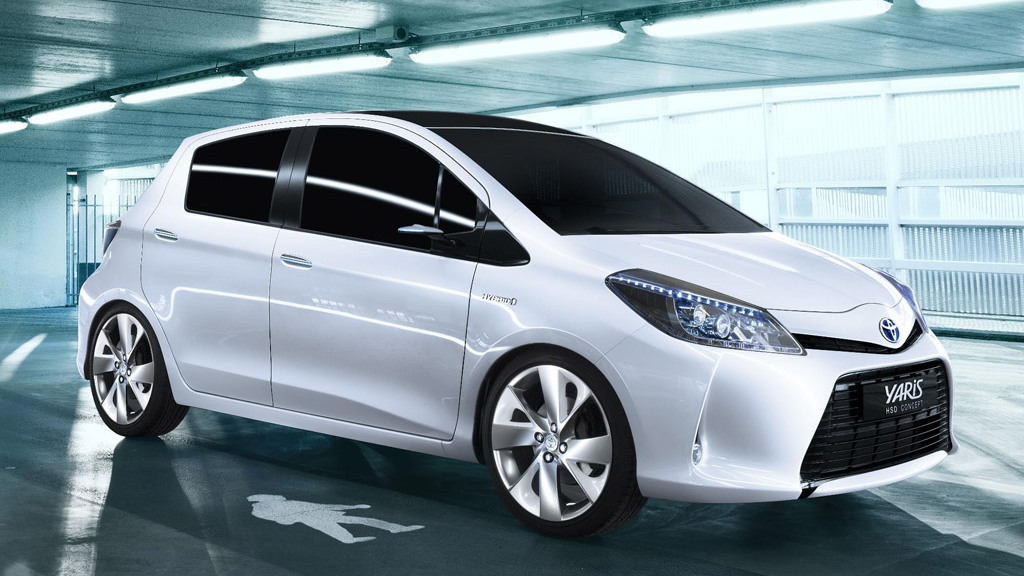 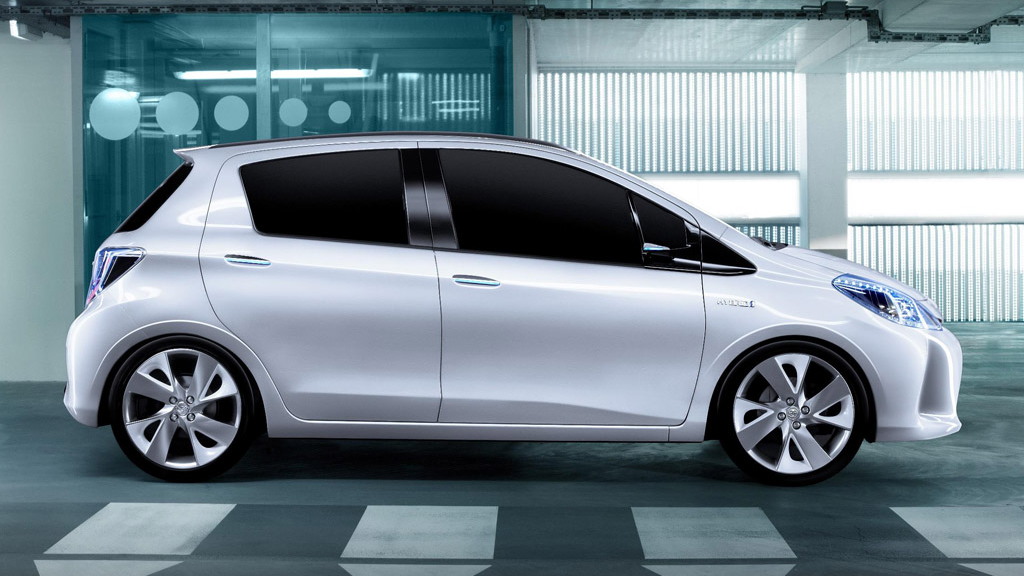 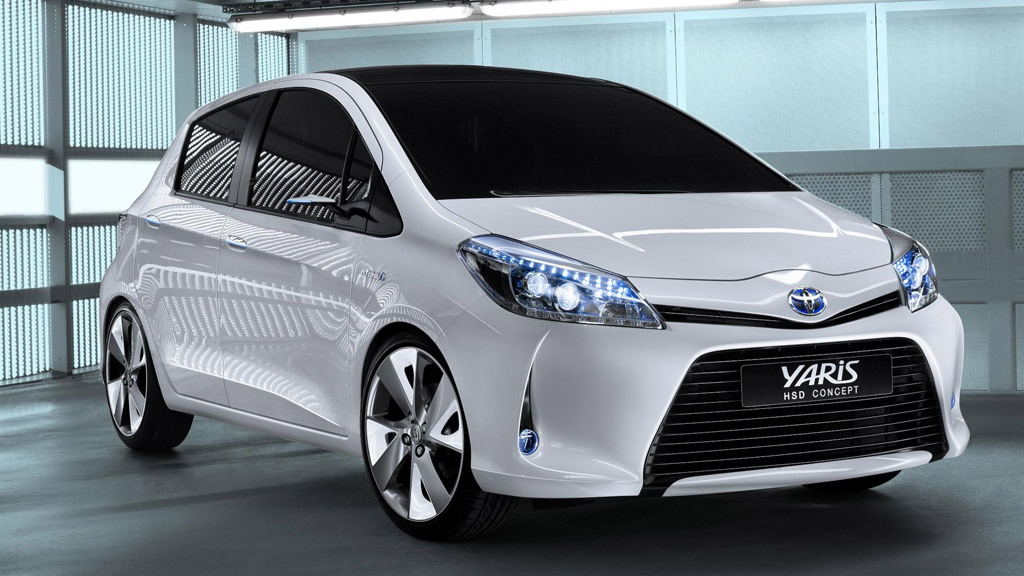 8
photos
What you’re looking at is the next-generation Toyota Yaris, previewed here as a concept vehicle equipped with a Hybrid Synergy Drive (HSD) system at the 2011 Geneva Motor Show. The new concept confirms Toyota’s commitment to offer a hybrid option on its entire model line, including entry level models like the Yaris.

The hybrid-specific white pearl paintwork is also exclusive to the concept car, as is the hybrid blue Toyota badging, LED daytime running lights and ‘Synergy’ blue illumination of the rear-view camera housings and door handles.

Few details are offered on the actual drivetrain but Toyota claims that the concept is capable of electric-only driving. The system also has no starter motor or alternator, the timing chain is maintenance-free and there are no drive belts, which improves reliability and saves on upkeep bills. Finally, the Yaris HSD concept’s roof is entirely covered with solar panels, to provide independent powering of the car’s air conditioning unit, thus reducing fuel consumption.

The new Toyota Yaris is due out later this year as a 2012 model, while the hybrid version is likely to arrive sometime in the following year.  In the meantime, for our complete coverage of the 2011 Geneva Motor Show, click here.