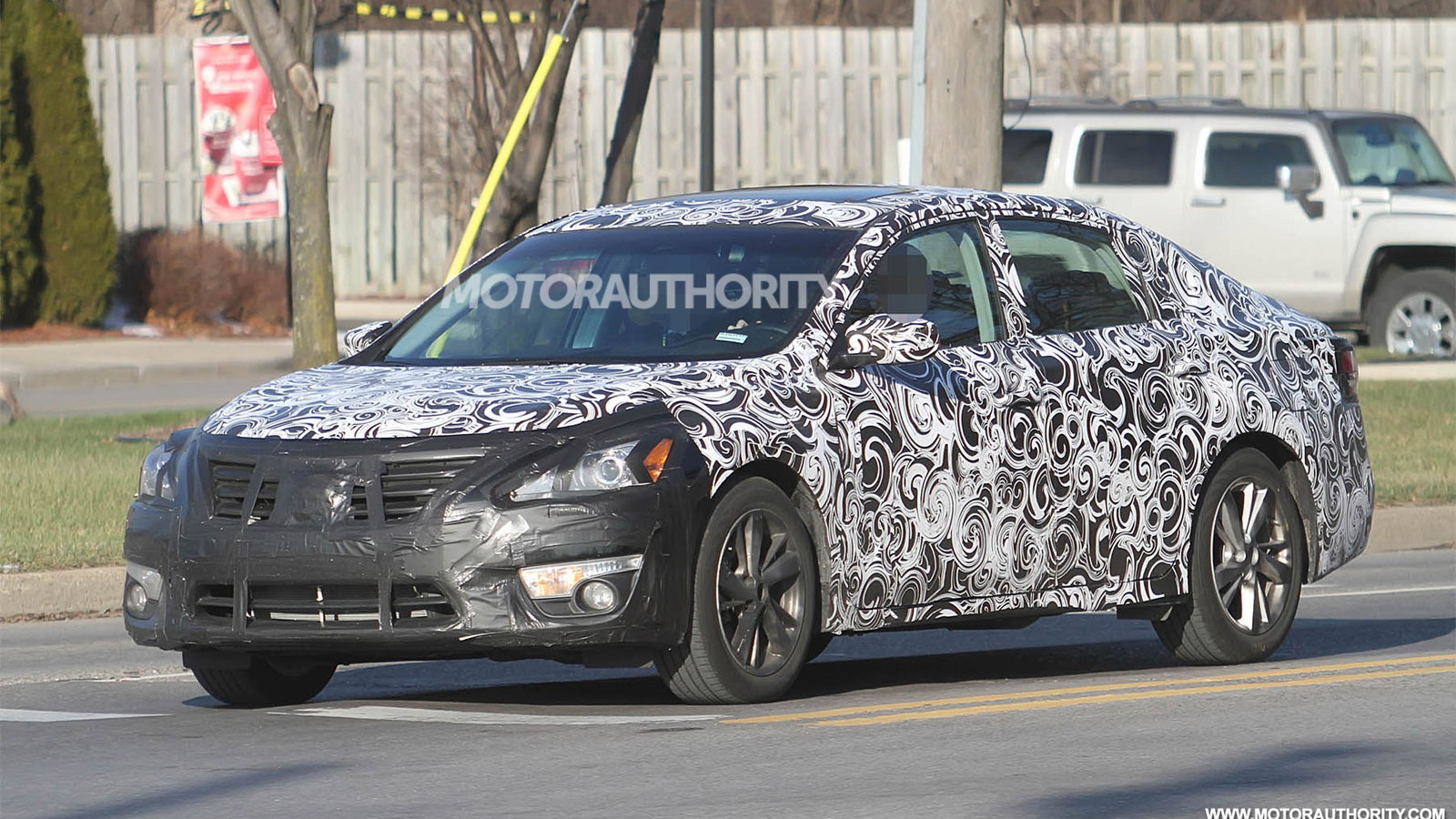 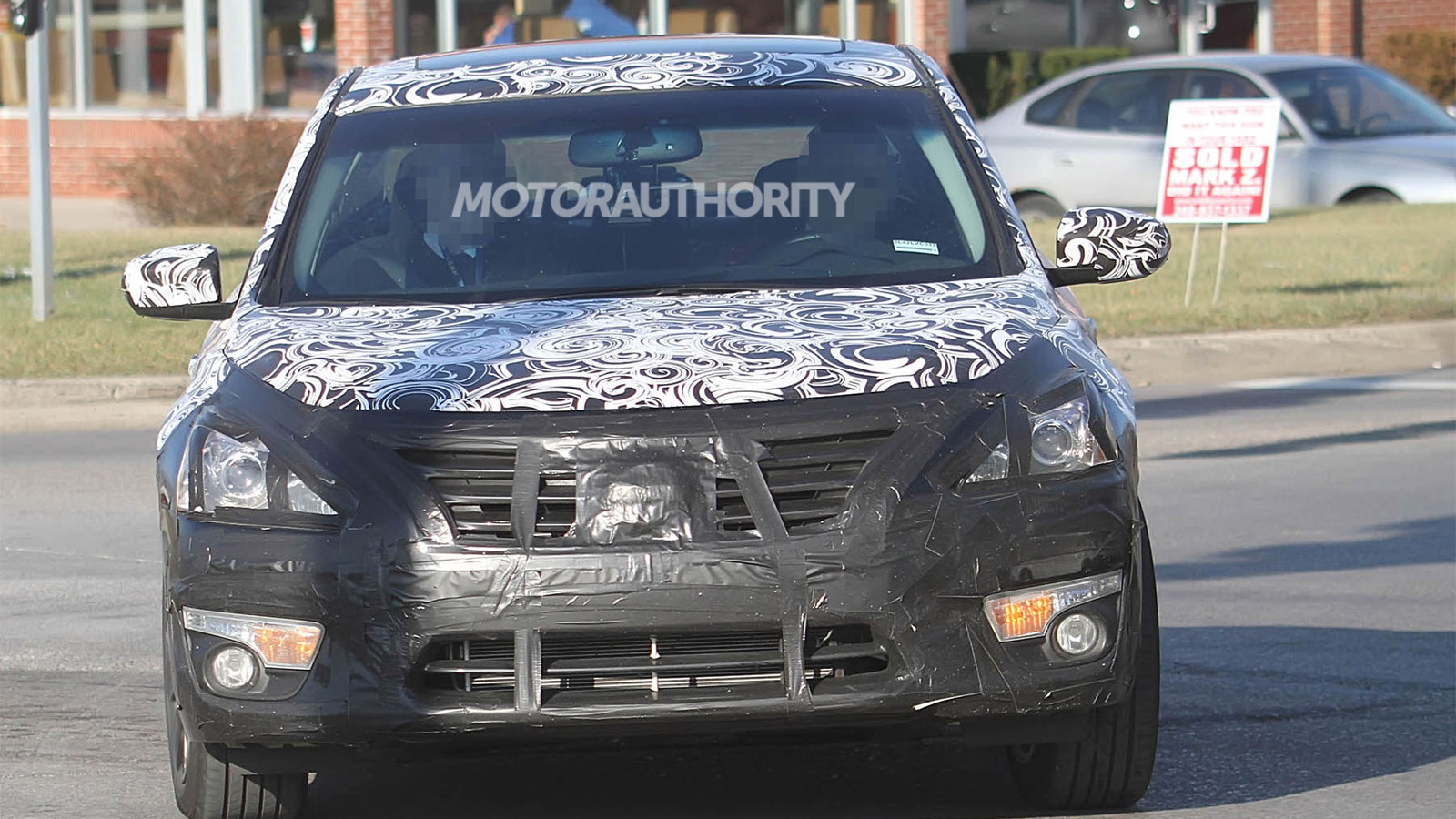 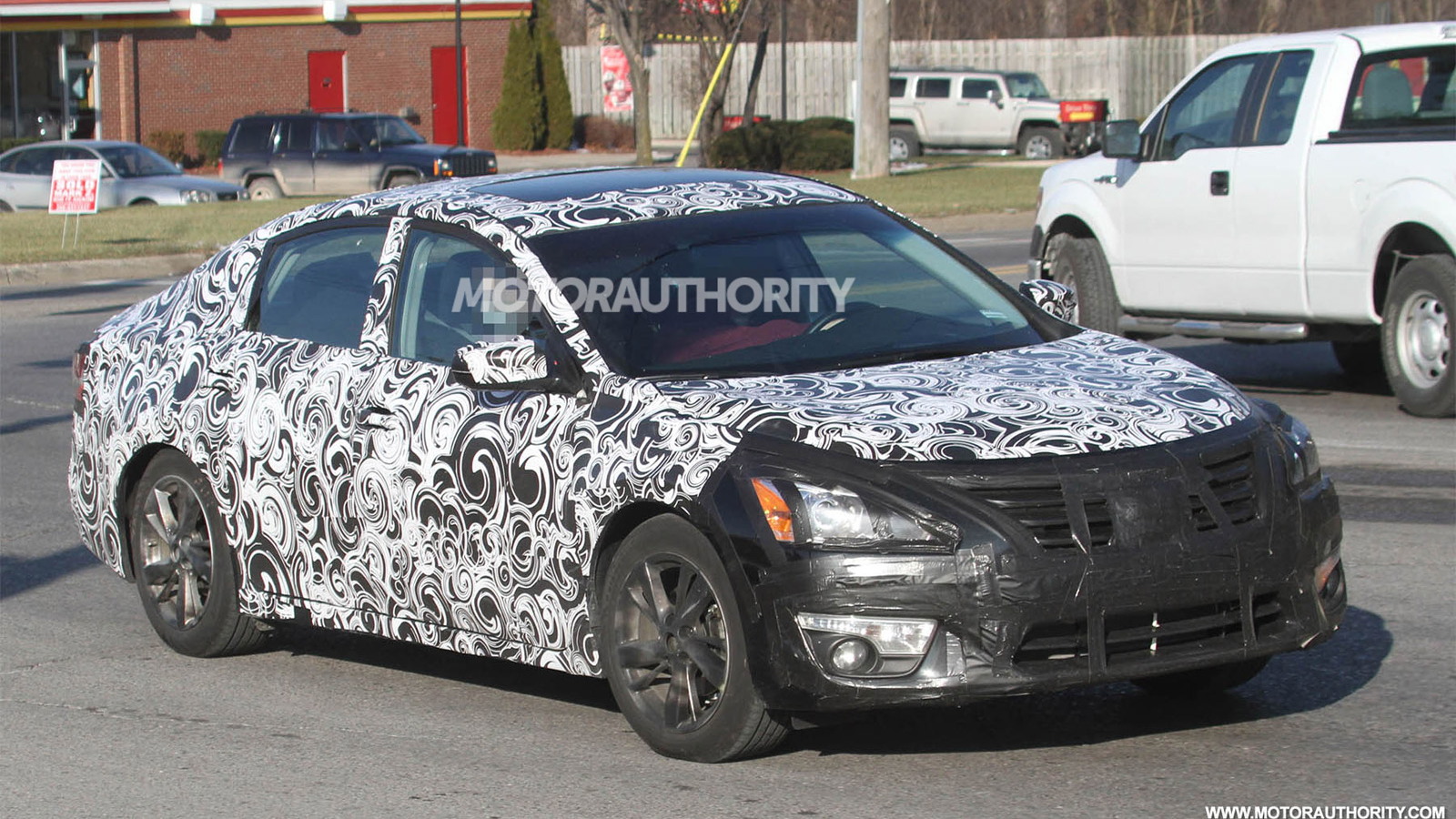 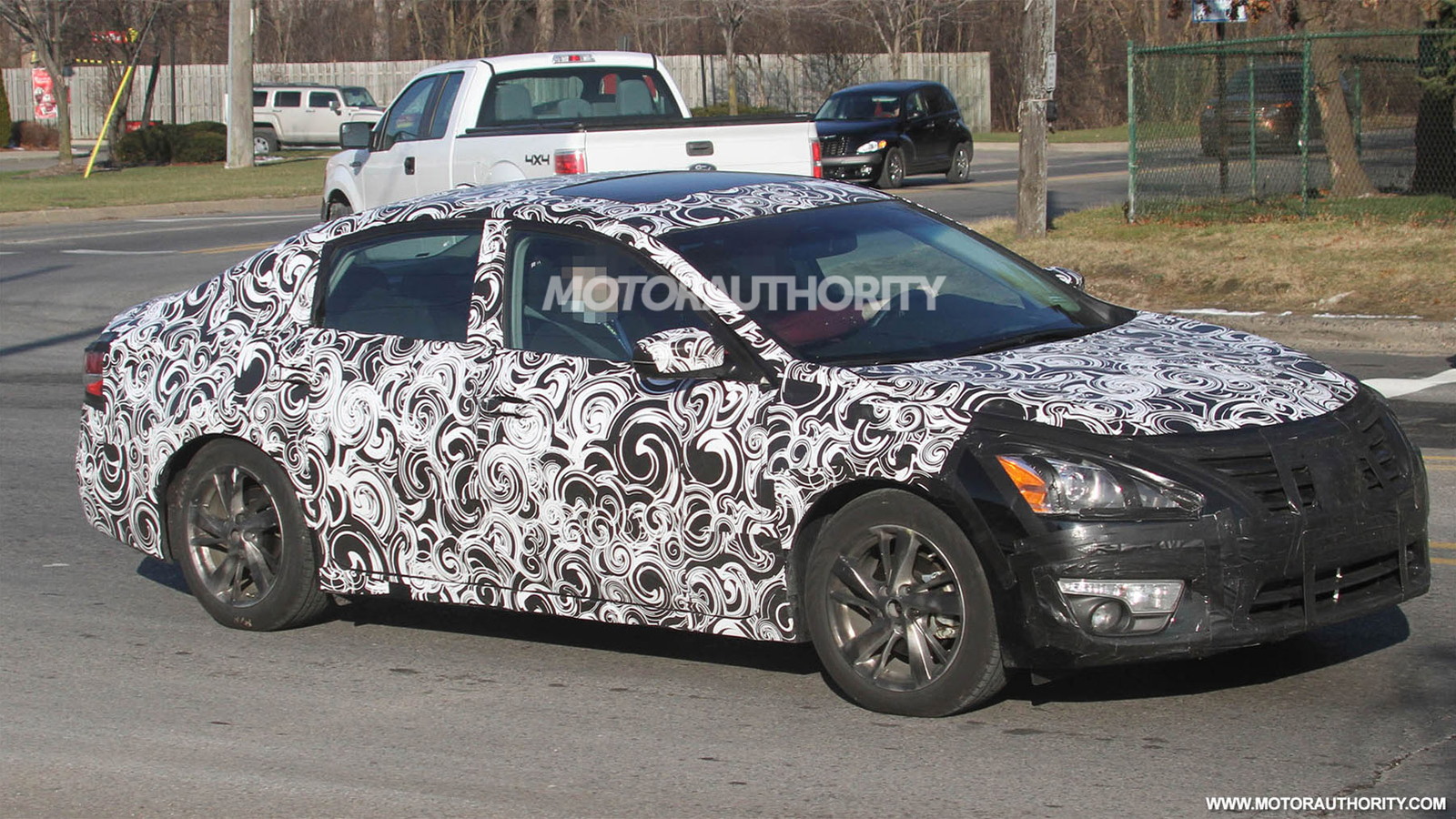 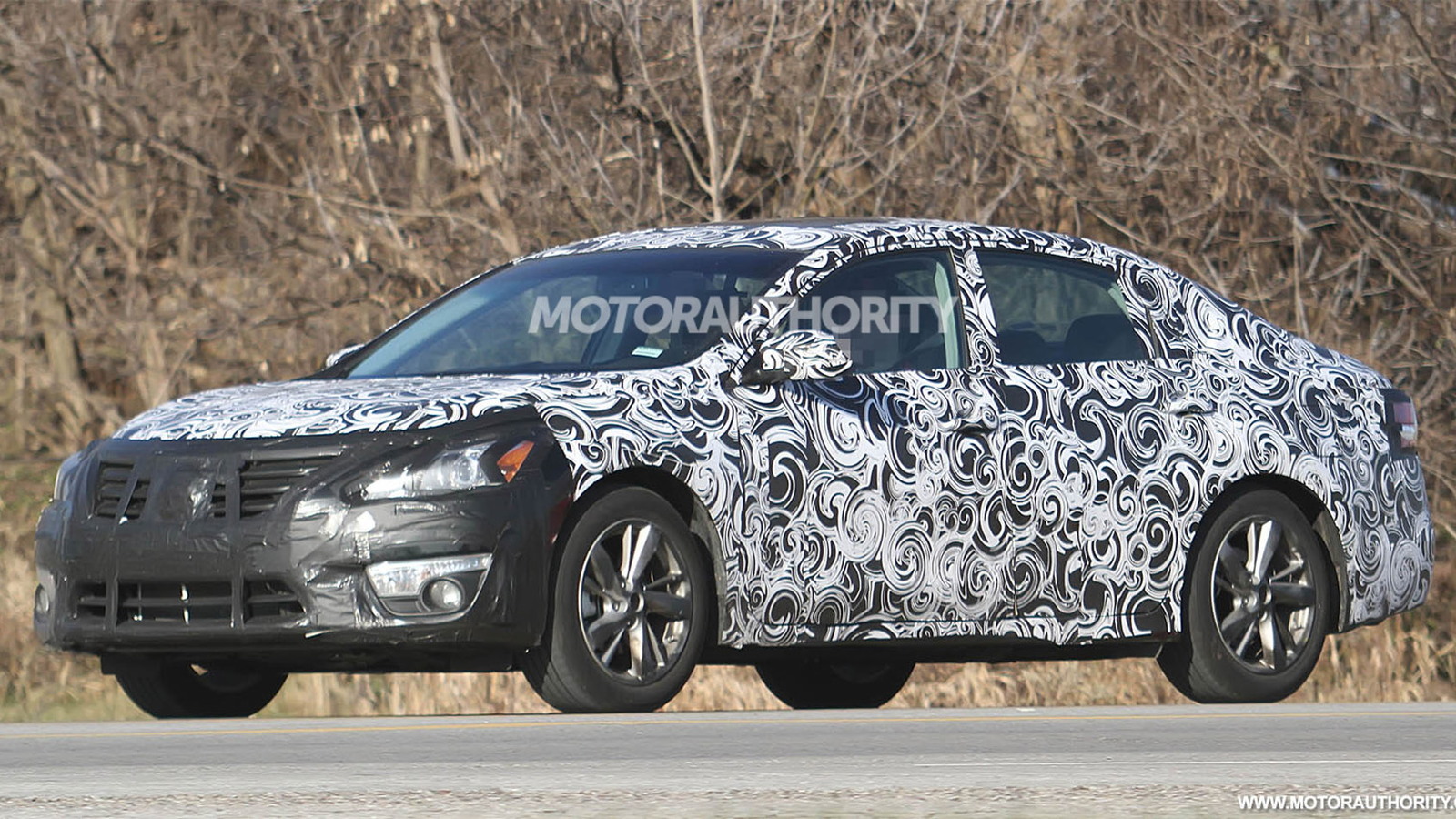 10
photos
Nissan is planning a redesign for its aging Altima sedan, a car that remains a top-seller in the affordable mid-size sedan segment despite receiving relatively few updates since the launch of the current generation back in 2007.

The new Altima, a prototype of which was spotted recently by one of our spy photographers, is scheduled to go on sale in the second half of next year as a 2013 model.

It’s the latest in a new model onslaught at Nissan that began with the humble Versa and will see most of the automaker’s lineup rejuvenated with substantial design and content upgrades over the coming years. Nissan has made little secret of its desire to overtake Honda in the crucial U.S. market as well as fend off ever encroaching Hyundai.

So what can we expect on the new 2013 Nissan Altima? Well, quite a lot in fact.

The car will debut with a new-generation CVT (continuously variable transmission) that’s said to offer 40 percent less friction than the current unit, as well as covering a class-leading ratio span of 7:1--made possible with a different belt shape, along with an only slightly increased pulley distance.

In the 2014 model year Nissan will add a hybrid option to the Altima that will consist of a supercharged 2.5-liter four-cylinder engine matched to a compact electric motor integrated with the CVT. This will be a mild-hybrid system meaning it won’t be able to drive on electric power alone, however, combined output will be comparable with a big V-6 and highway mileage should be higher than 40 mpg.

Nissan hasn’t revealed what other engine options will be available on its 2013 Altima, though the current 3.5-liter V-6 rated at 270 horsepower should remain. The 2.5-liter four-cylinder engine minus the hybrid setup may also be offered as a new base engine.

Look out for a debut of the 2013 Nissan Altima at a major North American auto show next spring.