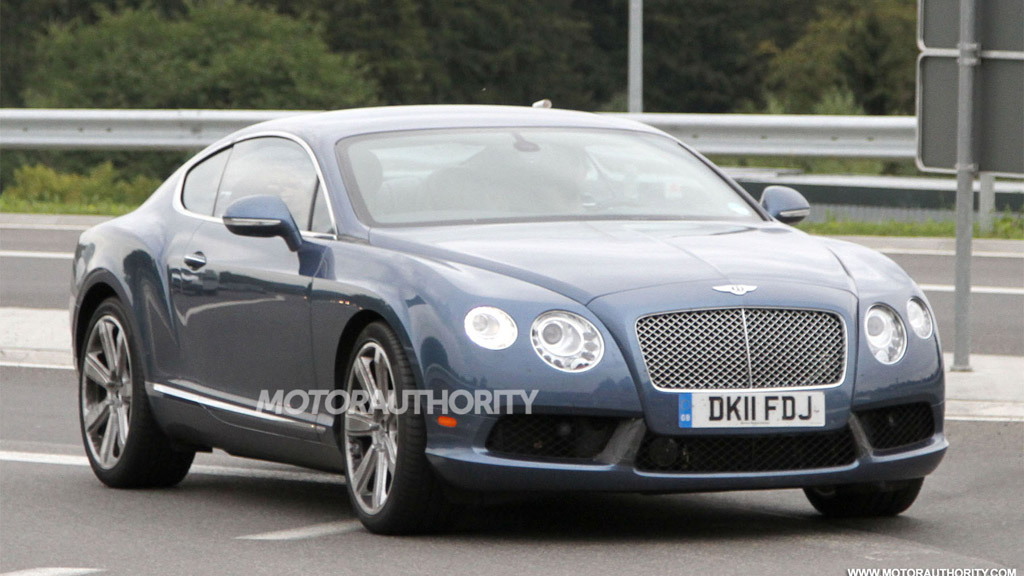 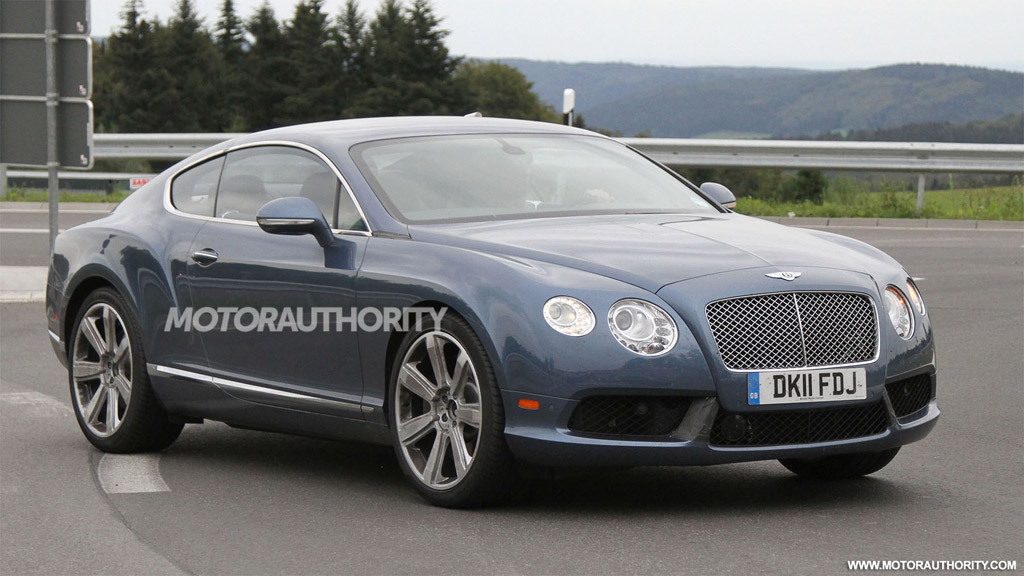 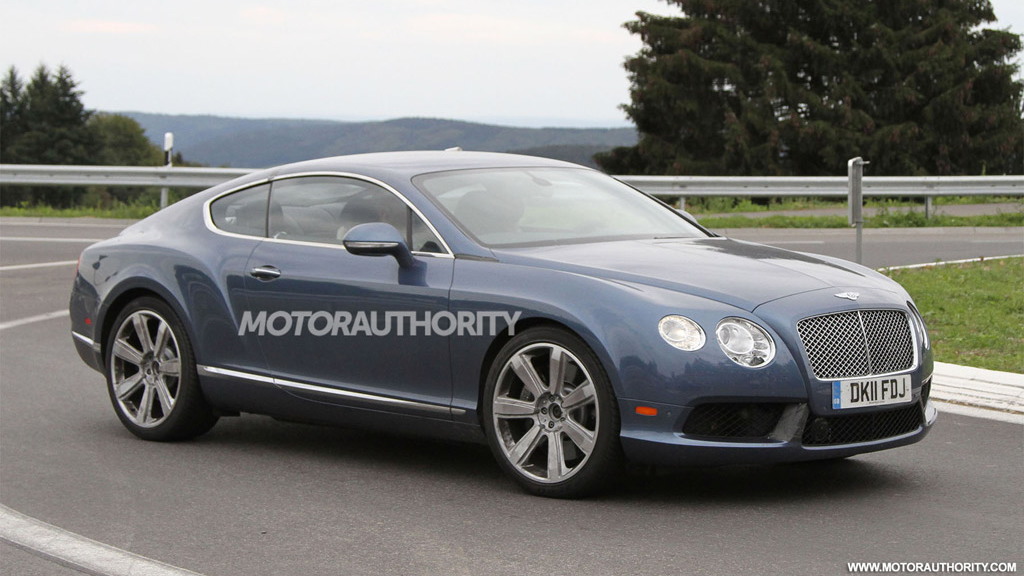 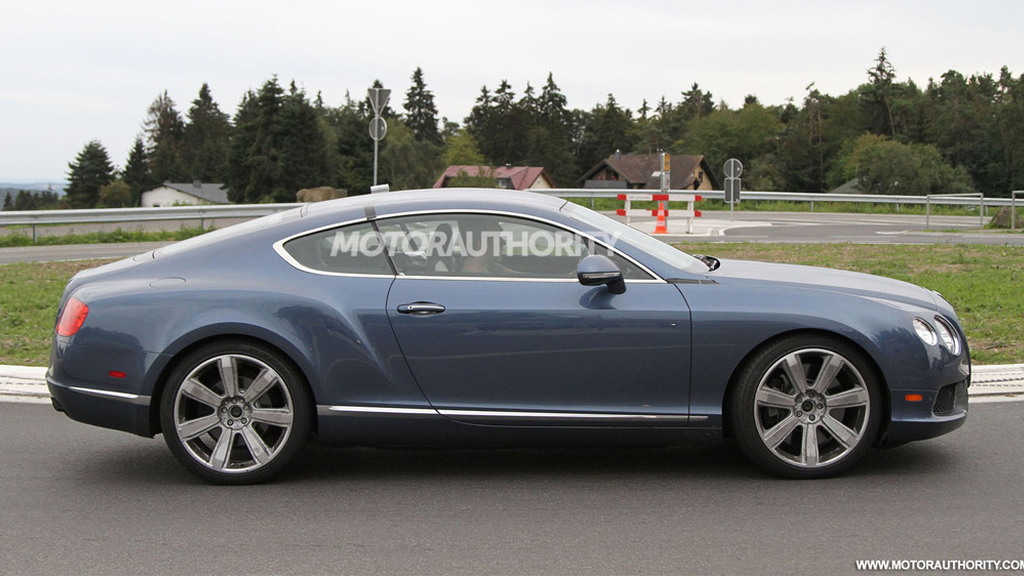 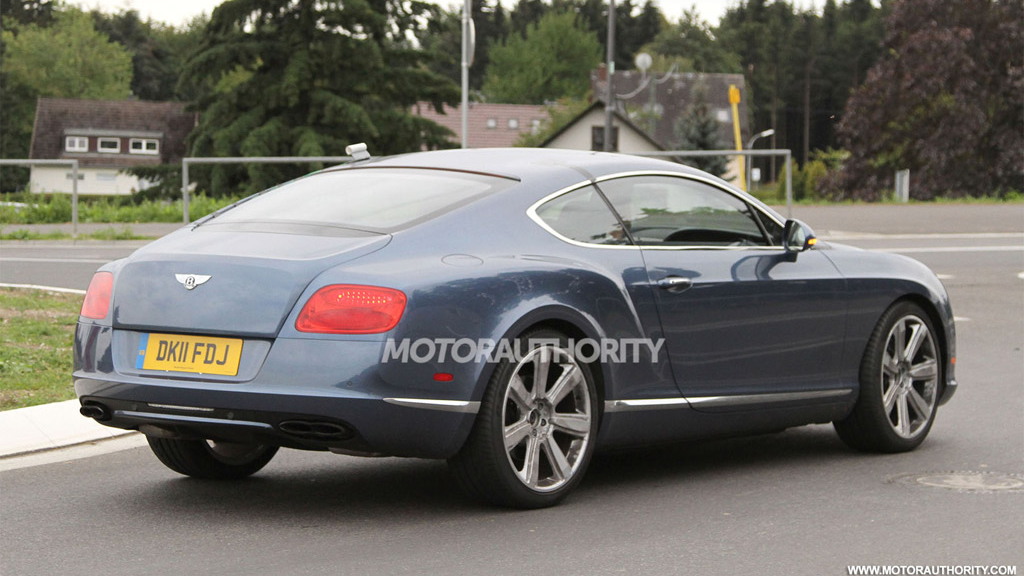 7
photos
We’ve caught an almost completely undisguised prototype for the facelifted 2012 Bentley Continental GT Speed, which is expected to be unveiled for the first time next month at the 2011 Frankfurt Auto Show.

Incorporating most of the changes implemented for the facelifted 2011 Bentley Continental GT range, this GT Speed model gets a few extras to make it worthy of its namesake.

First and foremost is the aggressive front bumper, which gets a trio of gaping intakes to feed air to the familiar W-12 engine found in the entire Continental GT lineup.

Peak output from the twin-turbocharged 6.0-liter engine should be lifted beyond the current GT Speed’s 600 horsepower and 553 pound-feet of torque limit, with drive going to all four wheels via a ZF six-speed unit. Shift speed should be quicker than the outgoing model, however, thanks to a Quickshift function that allows double downshifts.

Bentley engineers are also expected to have refined the drivetrain, reduced overall vehicle weight and increased rigidity, all while keeping the exterior proportions much the same as the outgoing model.

Performance numbers should come in at around 4.2 seconds for the 0-60 mph run and a top speed in excess of 195 mph.

As mentioned, look out for the debut of the facelifted 2012 Bentley Continental GT Speed at next month’s 2011 Frankfurt Auto Show, with first sales to start towards the end of the year.

Press days for the Frankfurt show kick off on September 13, but in the meantime you can catch our full coverage of the event by clicking here.