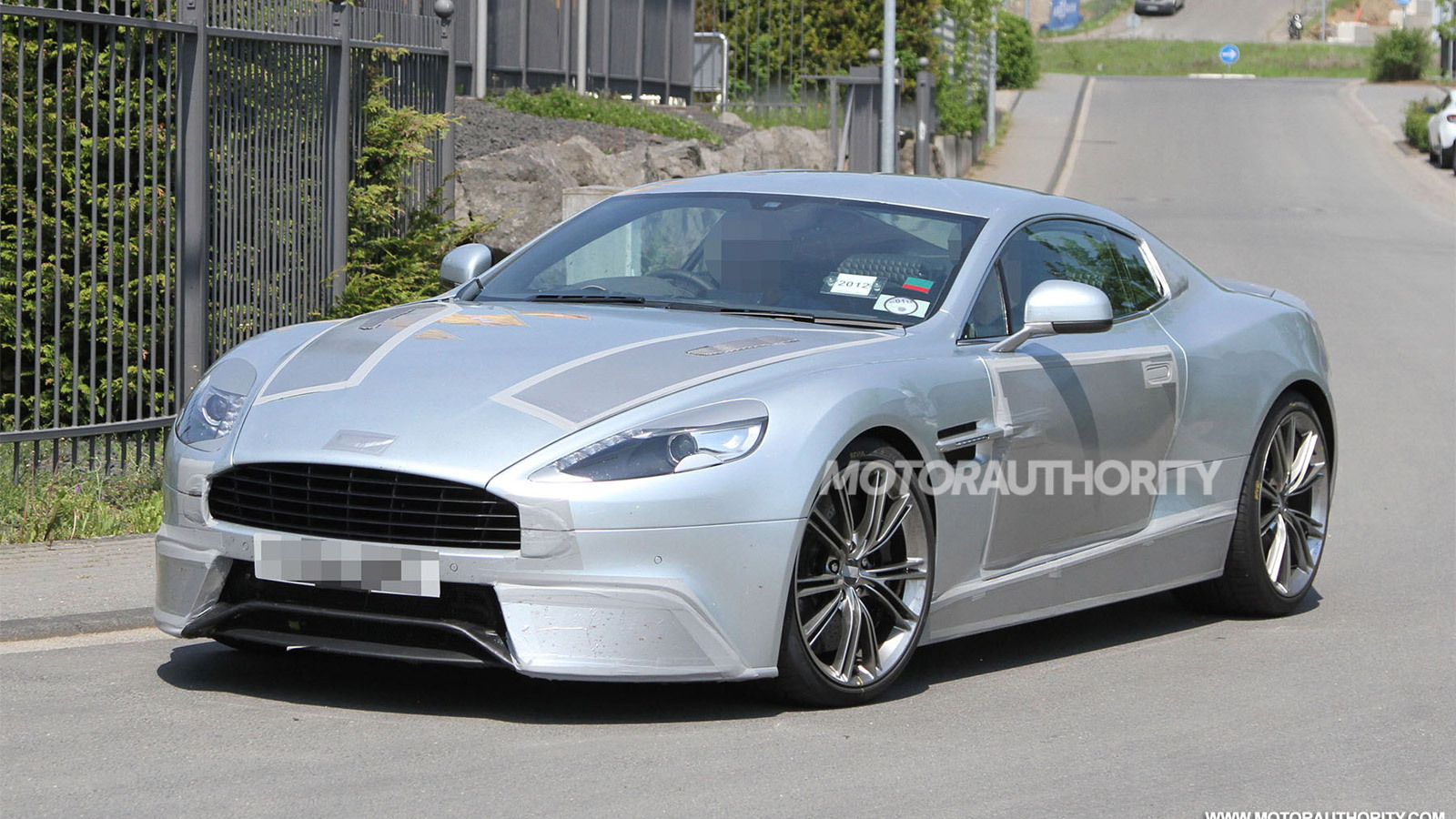 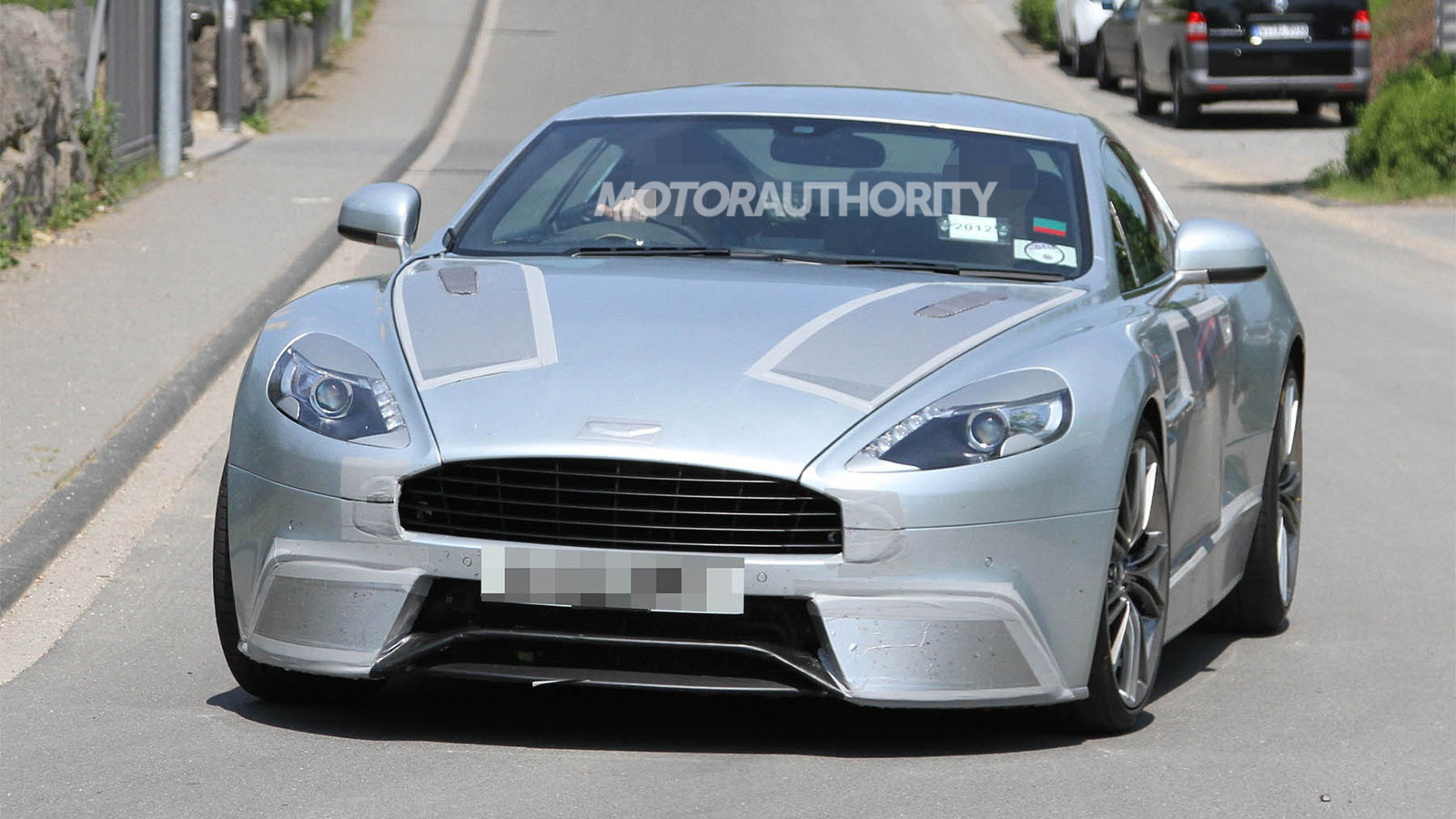 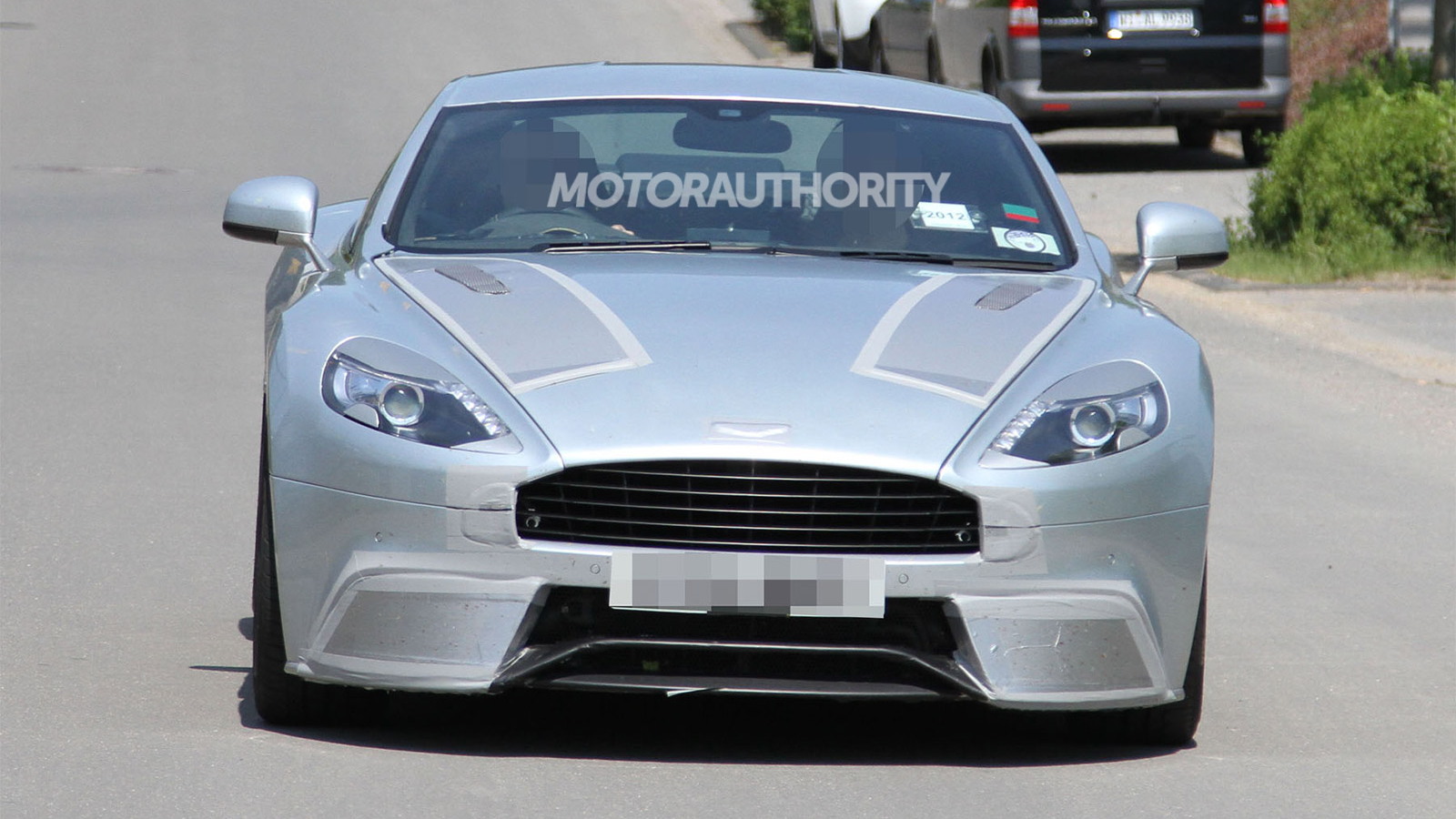 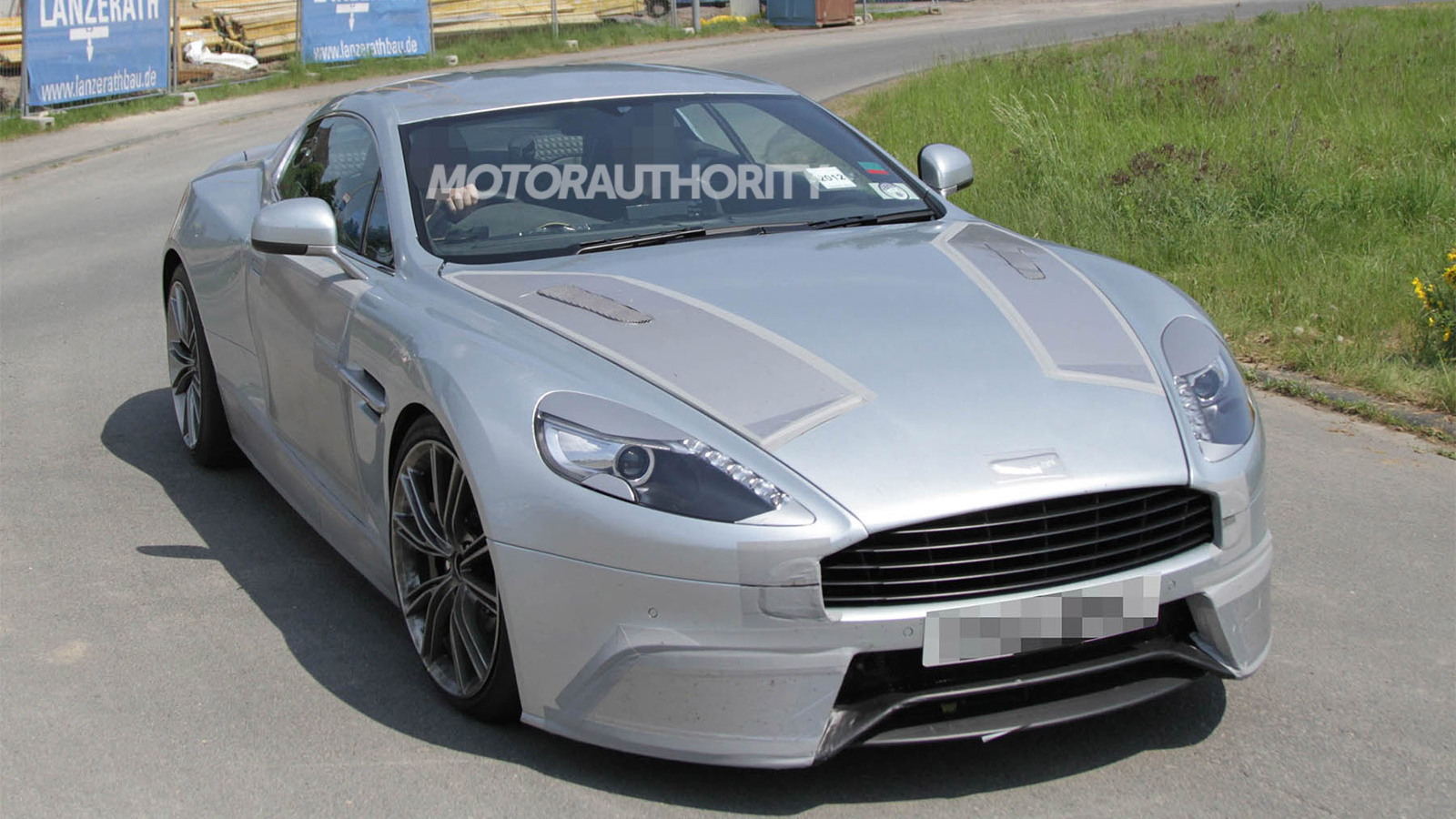 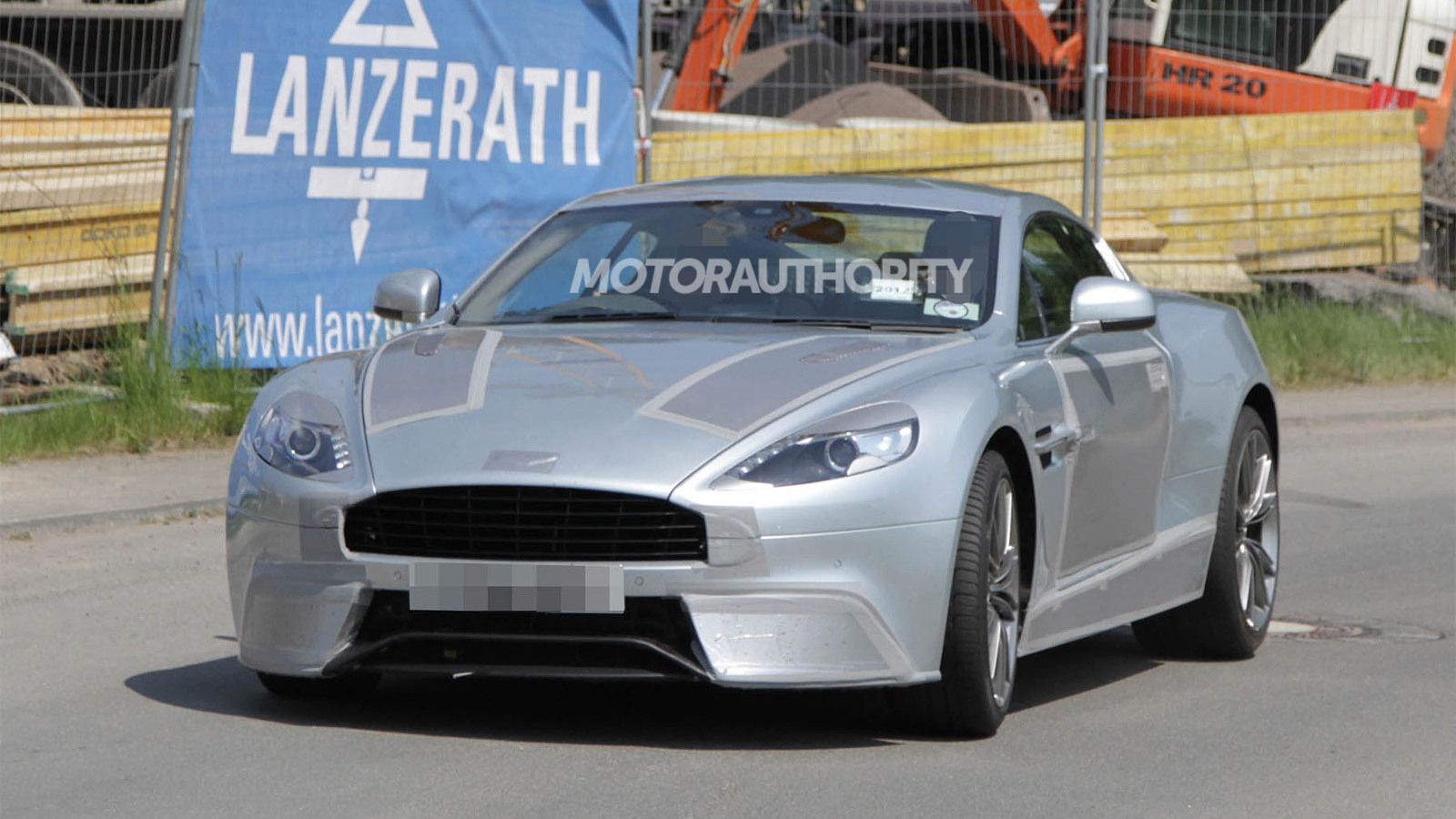 23
photos
These are the best shots yet of Aston Martin's replacement for the DBS, the next generation of the British sports car manufacturer's super tourer.

While some of the car is still obscured by camouflage, we can clearly see new lights similar to those found on the Rapide and Virage.

The side profile gains a new character line, and there appears to be more deeply recessed depressions in the door panel, slightly sharper creases over the rear fenders, and new side skirts to match the lower, more aggressive front spoiler and rear trunk lid lip.

The rear end looks to be a bit wider and taller than the current DBS and more closely resembles the design on the limited edition One-77 supercar.

Up front, a blacked-out grille replaces the unit found on the current DBS, though that may come down to the fact that this is a prototype and not yet fulled specced. Other minor details include relocated, mesh-grilled hood vents and side mirrors that stand farther away from the doors, mounted on thinner, more aerodynamic stalks.

Caught previously in competitive testing with Ferrari's 599 and Mercedes-Benz's SLS AMG, it's clear Aston is taking the competition head-on. Powertrain upgrades are still unknown, though there's a good chance Aston will simply continue with its current 6.0-liter V-12 engine  uprated to somewhere around the 550-horsepower mark. If so, that would amount to a 40-horsepower gain over the current model's output.

Transmissions will likely include a choice of six-speed manual or the seven-speed Sportshift II automatic that debuted in the 2012 V8 Vantage. With an additional gear, closer ratios, lower final drive and a quicker, refined shift quality, the new auto--designed and manufactured specifically for Aston Martin--provides faster and more precise shifts and optimizes acceleration. The new DBS could also lose up to 10 percent of its current curb weight, potentially getting under the 3,300-pound mark.

The new model is expected to be revealed later this year before going on sale sometime in 2013. Designed to mark Aston Martin's centenary celebration, there's a good chance the car won't be called the DBS anymore but rather something from further back in the automaker's proud history. 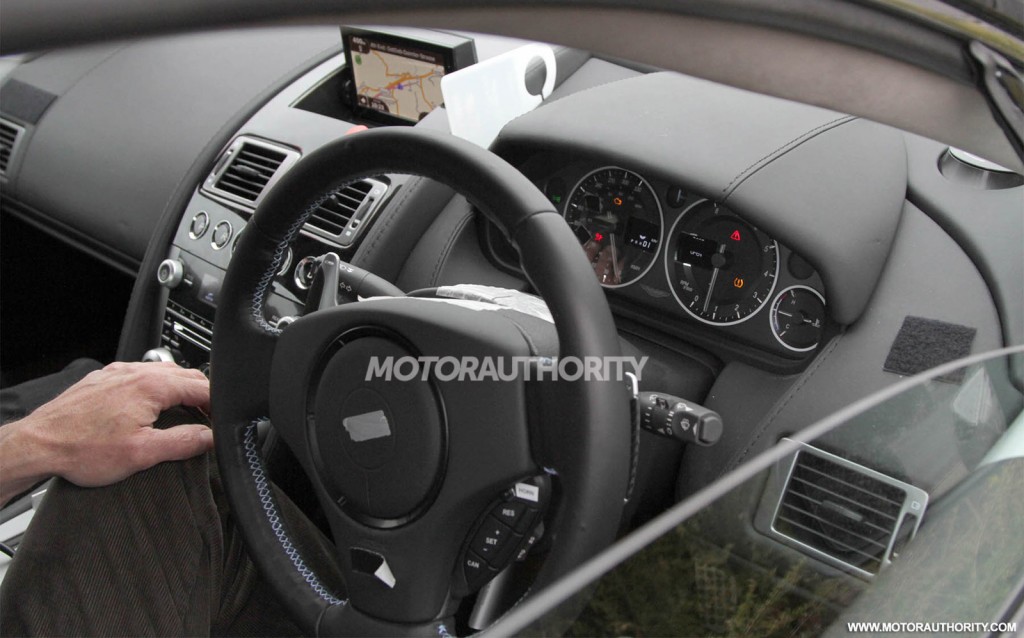