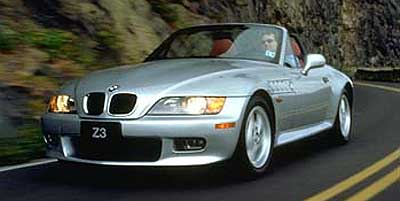 Rumors of BMW model proliferation continue to spread like wildfire, with the latest being a resurrection of the Z3 roadster. It's a somewhat convoluted chain of development and re-development that gets us there, too.

Consider this one highly speculative for now, but plausible at the same time. BMW may be working to re-shuffle its model lineup to allow the introduction of smaller sub-1-Series cars into the range, as we noted with the M2/2-Series rumor revival earlier today. The impact of that on the Z-Series is that it may convert what was imagined as a Z2 into a Z3, which will slot above a Z1 and below a Z5.

Err, what? Yeah, it's confusing. According to the report, however, the path goes like this: an entry-level roadster has been in the works at BMW, to be based on the same platform as the MINI Roadster. With a new 1-Series range coming, and likely front-wheel drive, the Z1 will be part of this range. What had been envisioned as a Z2 above the Z1 won't fit with the new 2-Series plans, so it gets bumped up to Z4-replacement status, but renamed the Z3 to allow the Z4 to grow into an even more luxurious and expensive Z5.

Tenuous at best, this particular chain of reasoning, though it does make sense in a way. The report continues, saying the Z3 (nee Z4) would be a step back toward the modern BMW roadster's roots, with a soft-top mechanism and more compact size than the current Z4. At the same time, it will use more modern underpinnings than the previous Z3, making it more capable as a sports car.

Add in the Z5 and there's a convertible roadster to bridge the gap between the current Z4 and new 6-Series cabrio, fitting with BMW's apparent model of filling every conceivable gap in its lineup with something or other.

As yet, the report says this "strategy" isn't approved, so take it for what it's worth--a few minutes of fanciful postulation about the future of BMW roadsters.