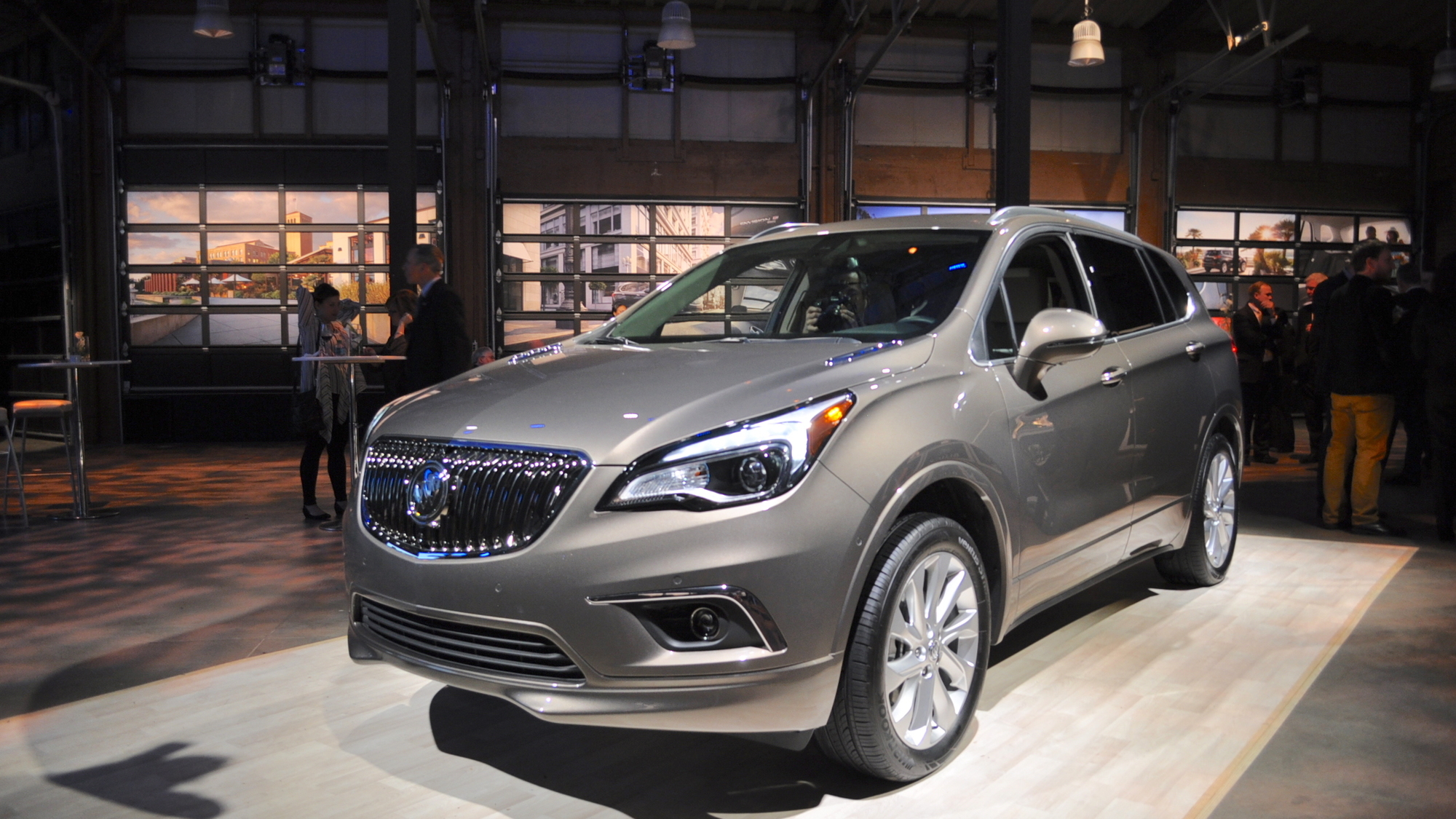 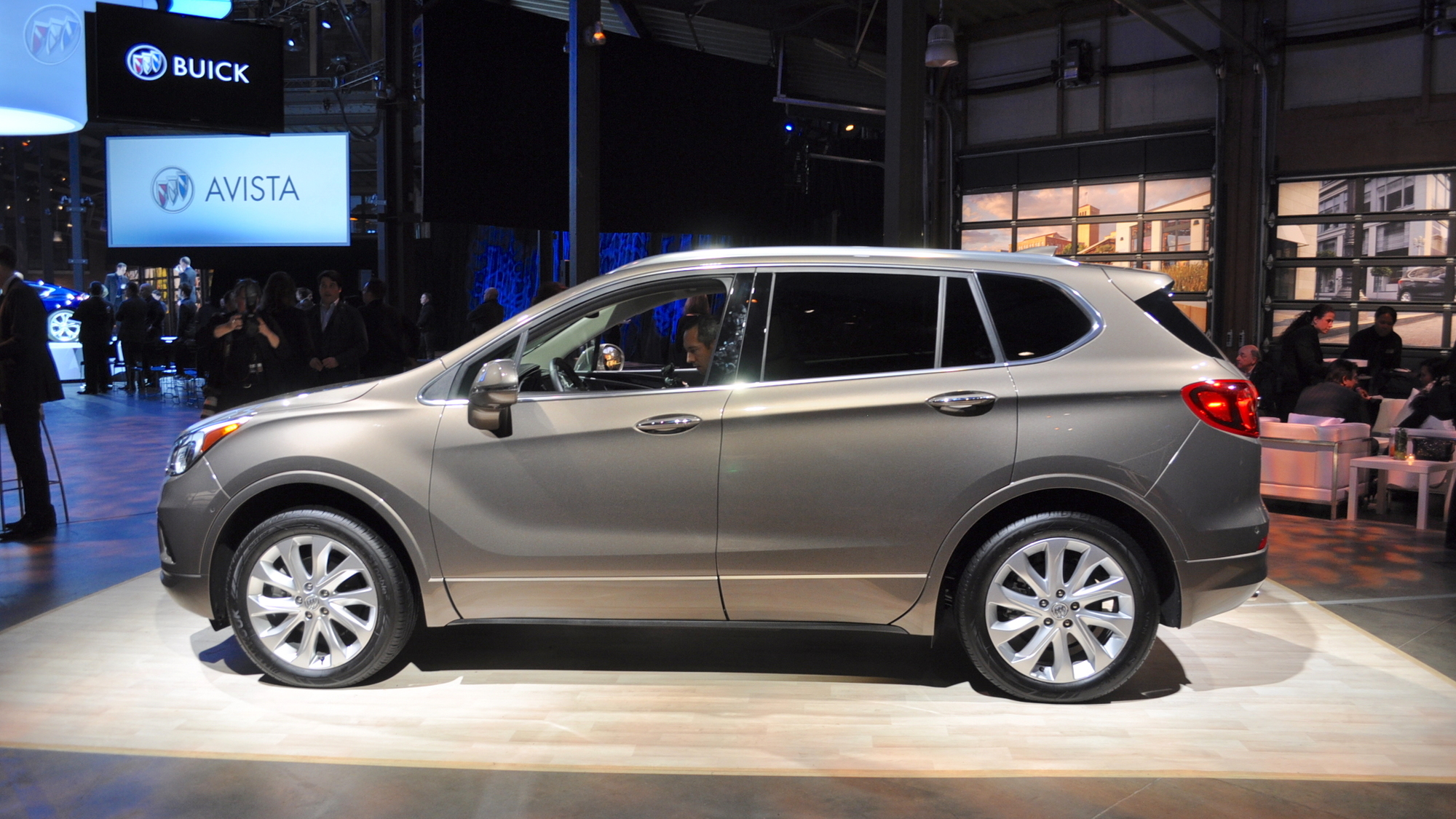 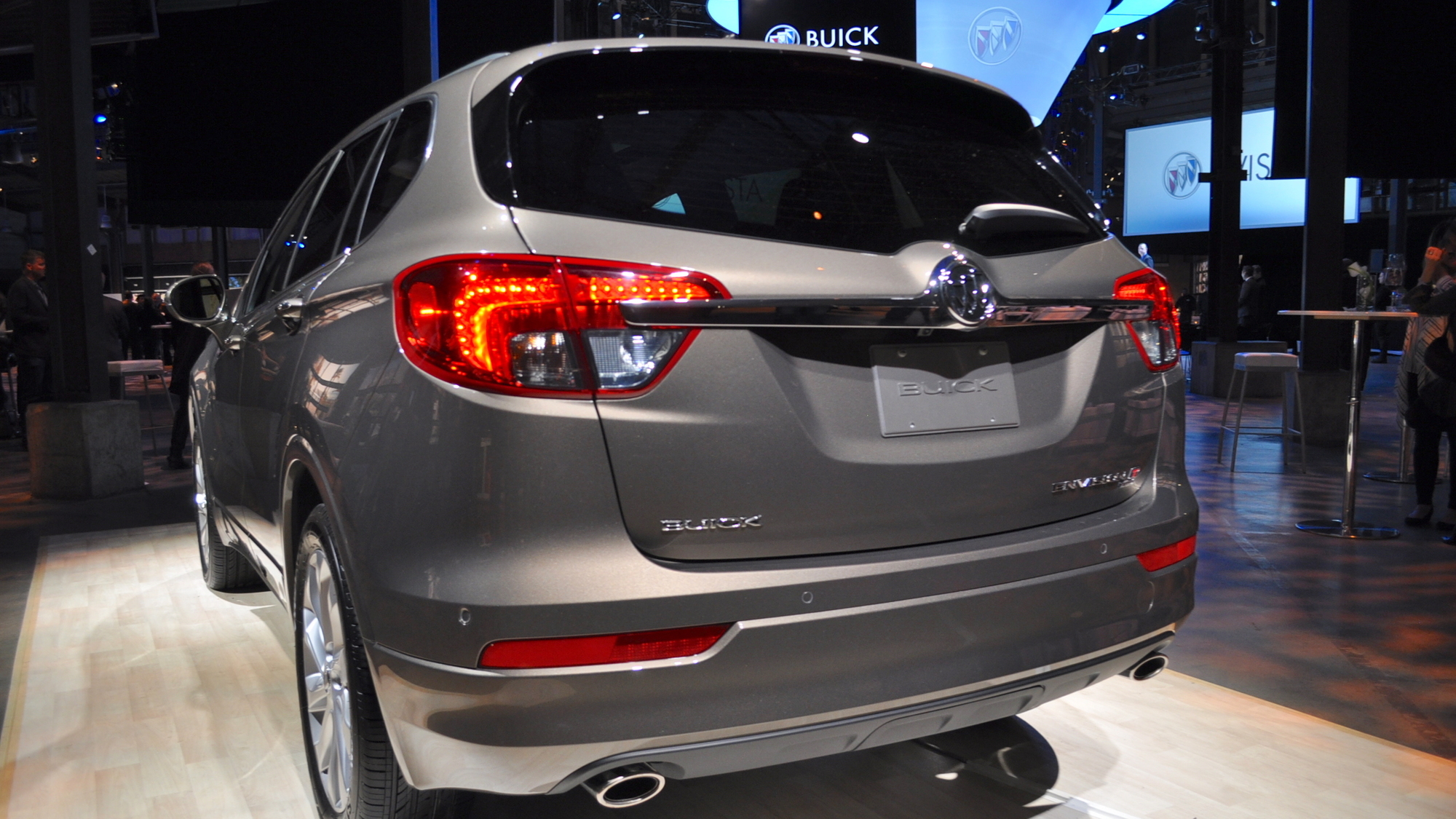 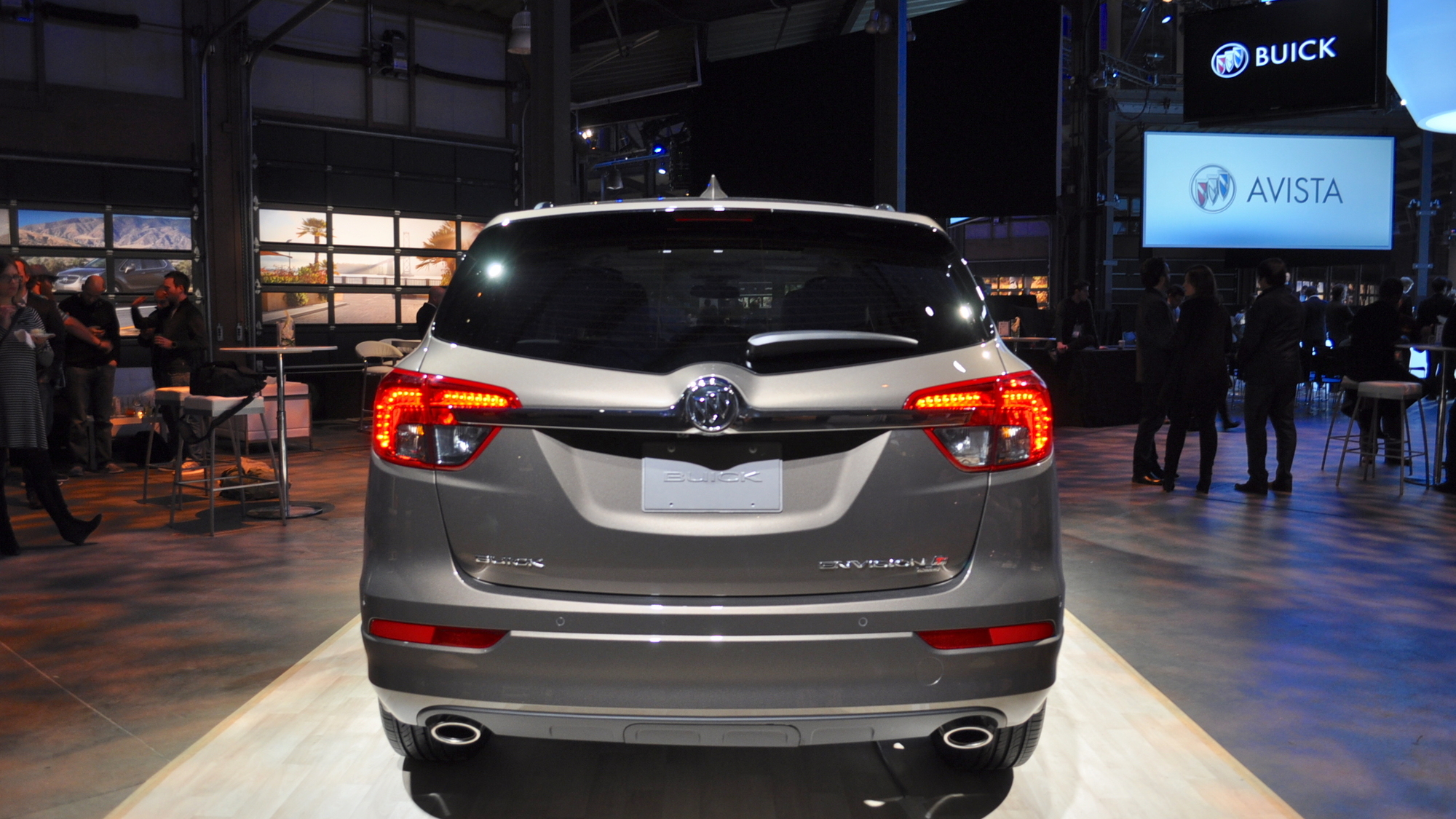 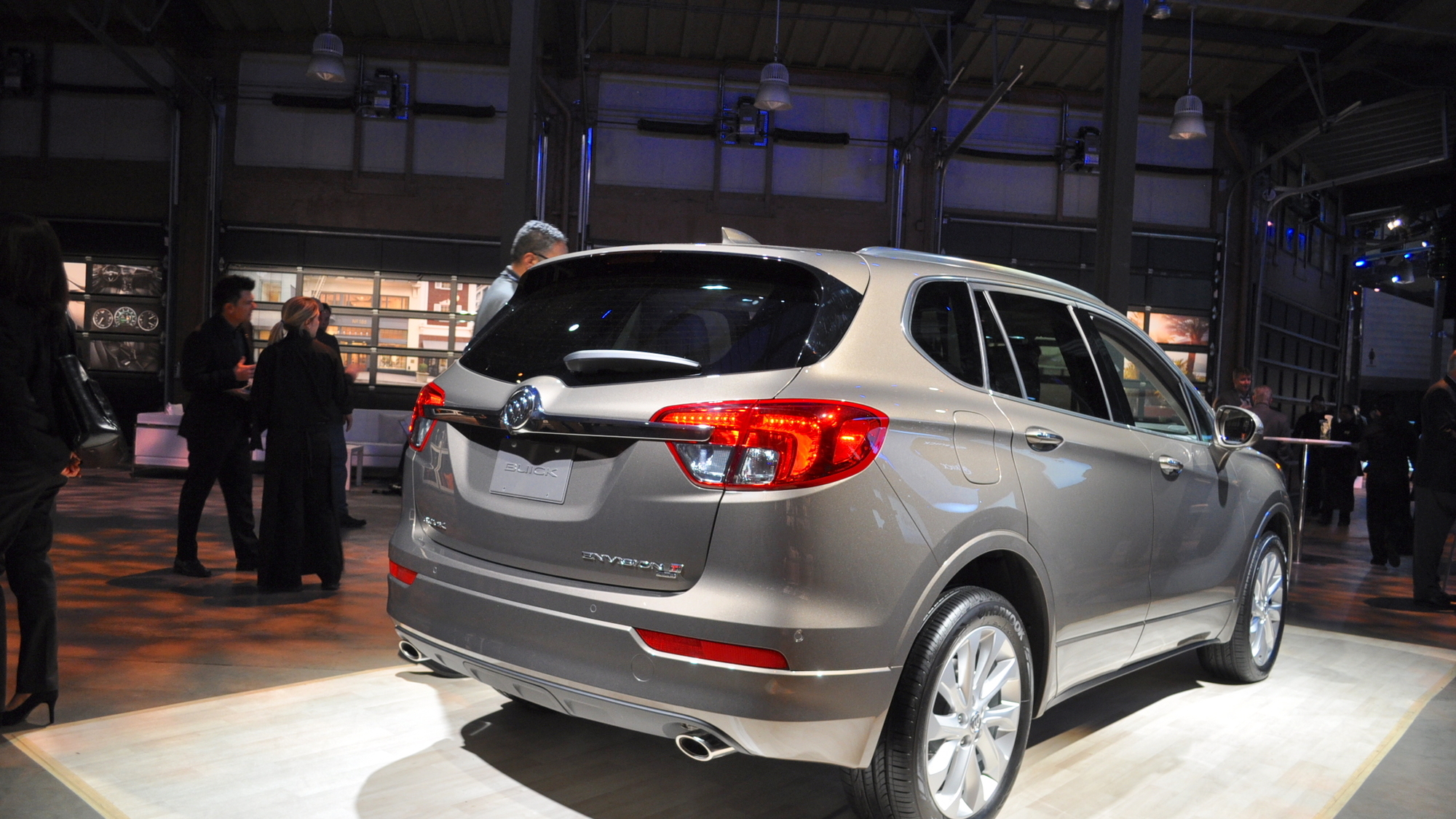 It’s been rumored for some time that General Motors Company [NYSE:GM] could import its Chinese-made Buick Envision to the United States, and recently the automaker made it official. The small crossover, which has been in production at a plant in China’s Shandong province since 2014, will arrive in local showrooms next summer, as a 2016 model. These our live photos taken on the eve of its North American debut at the 2016 Detroit Auto Show.

The Envision will be launched with just one engine, a turbocharged 2.0-liter four-cylinder delivering an estimated 252 horsepower and 260 pound-feet of torque. The engine will be paired with a six-speed automatic transmission and spin all four wheels via GM’s new twin-clutch all-wheel-drive system that made its debut in the 2017 Cadillac XT5.

In addition to a punchy engine, the Envision will be well-equipped. Some of the standard goodies will include IntelliLink infotainment with an 8.0-inch touchscreen display; heated seats; a Bose premium audio system; an automatic tailgate and 19-inch aluminum wheels. The overall length is just under 184 in and inside there is space for five adults and cargo volume of up to 57.3 cubic feet when the rear seats are folded.

GM is thought to be bringing a small batch of Envisions initially—between 30,000 and 40,000—to test the acceptance of a Chinese-made vehicle by American shoppers. No doubt rivals will be watching the market reaction closely. One in particular will be Ford Motor Company [NYSE:F], which is considering importing its new Taurus from China because expected volumes are simply too low to justify starting production here.

Pricing is yet to be announced but GM says the Envision will be targeted at vehicles like the Audi Q5, Acura RDX and Lincoln MKC, so expect a starting price near $30k.