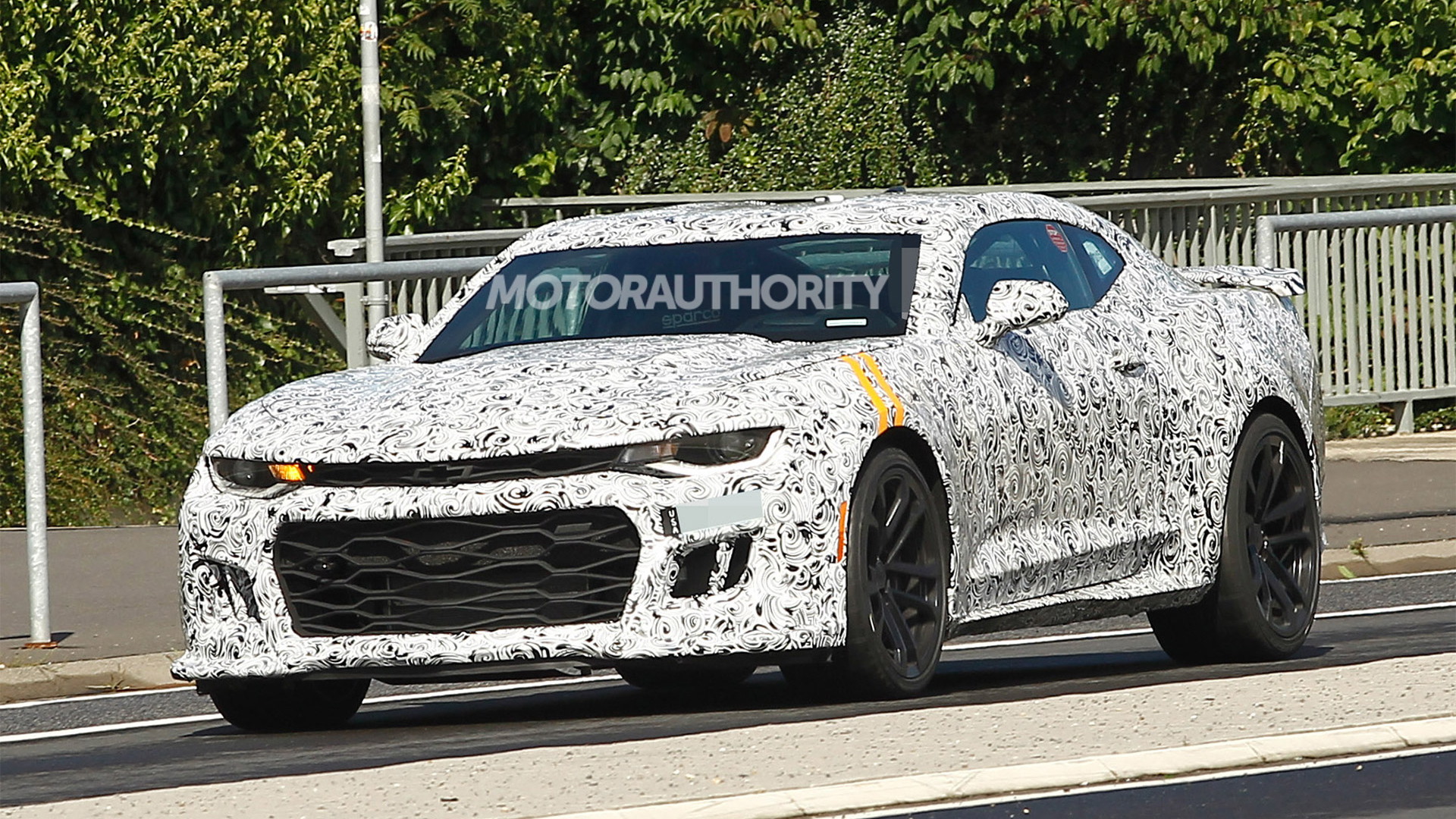 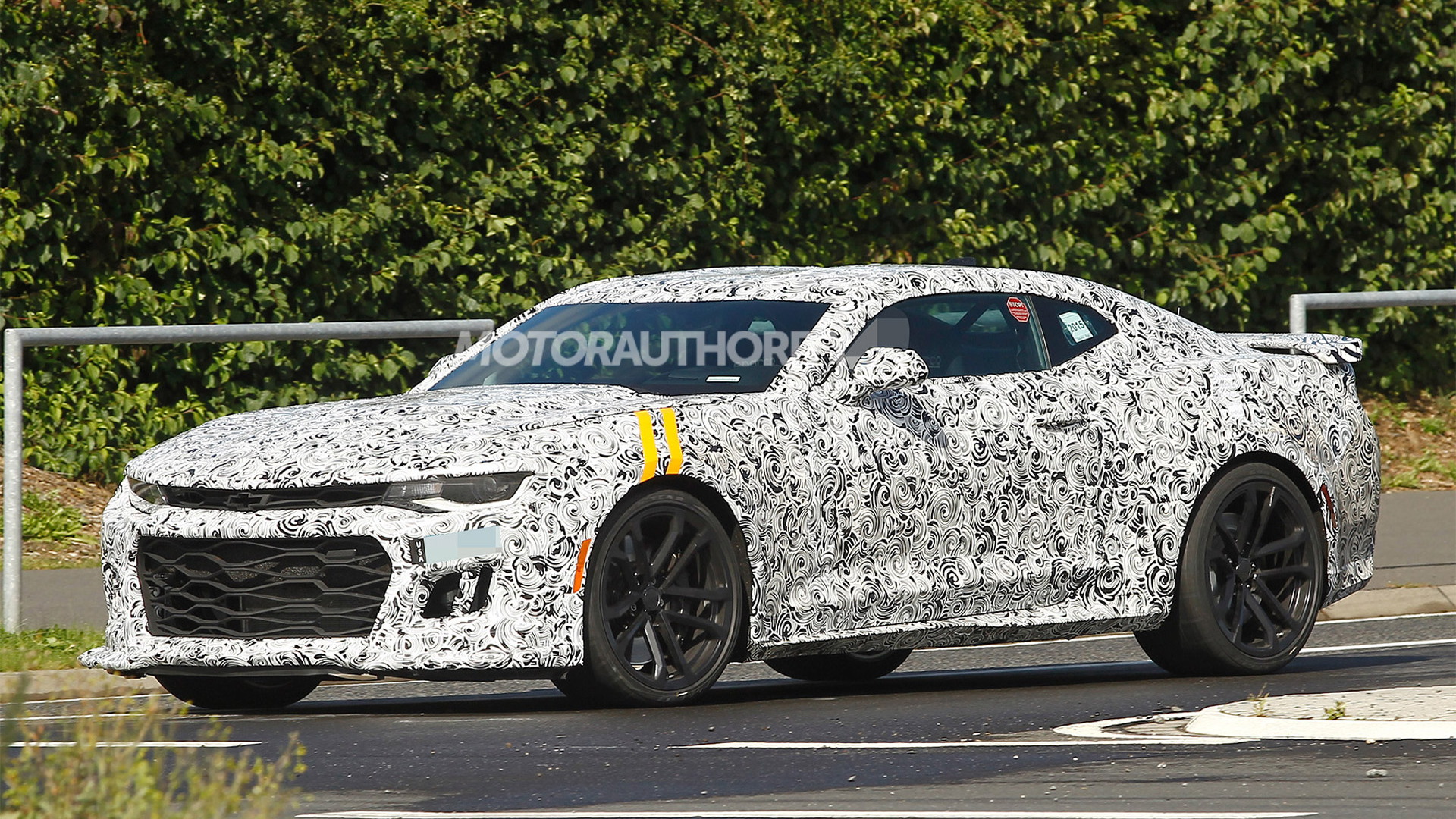 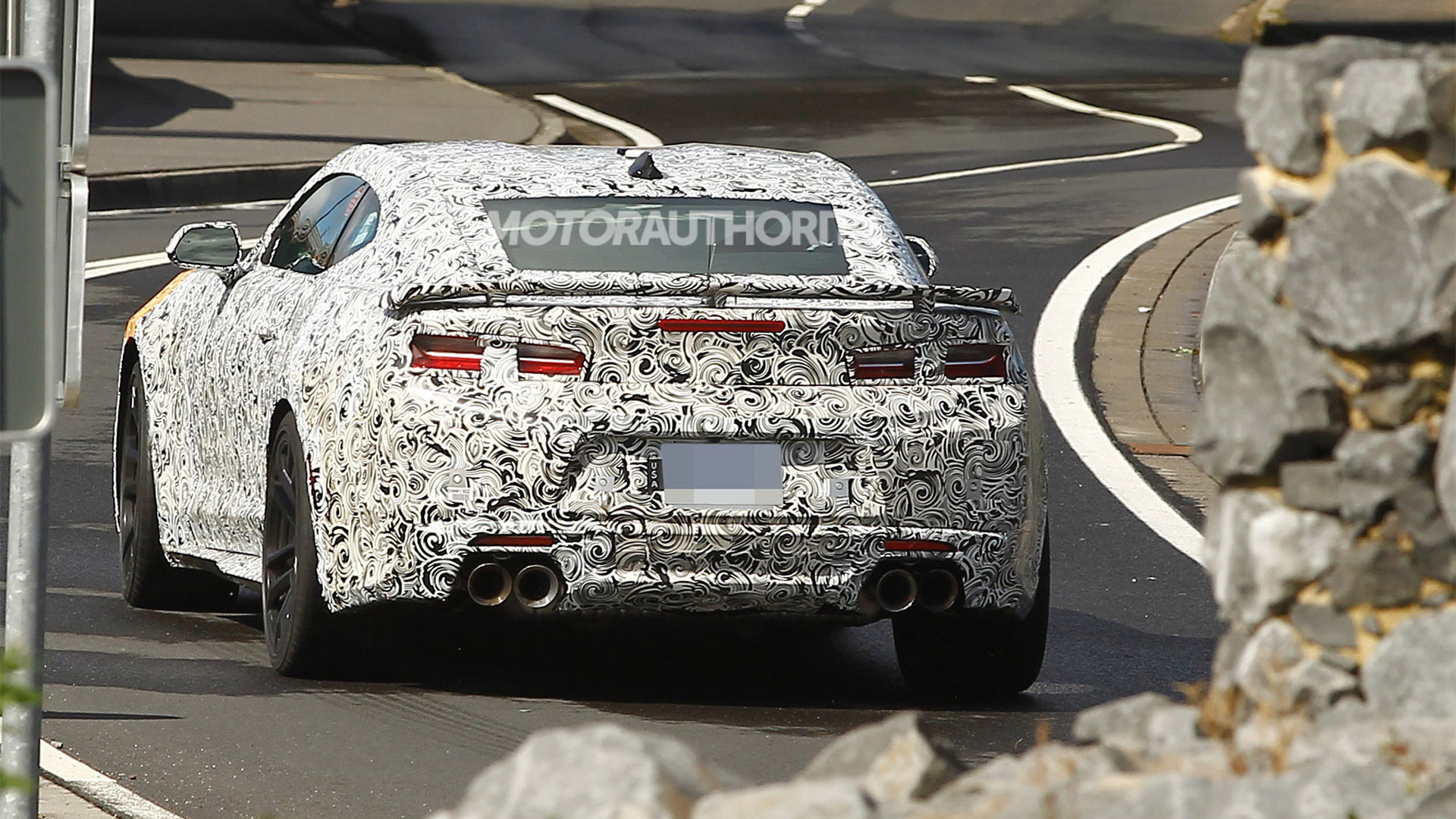 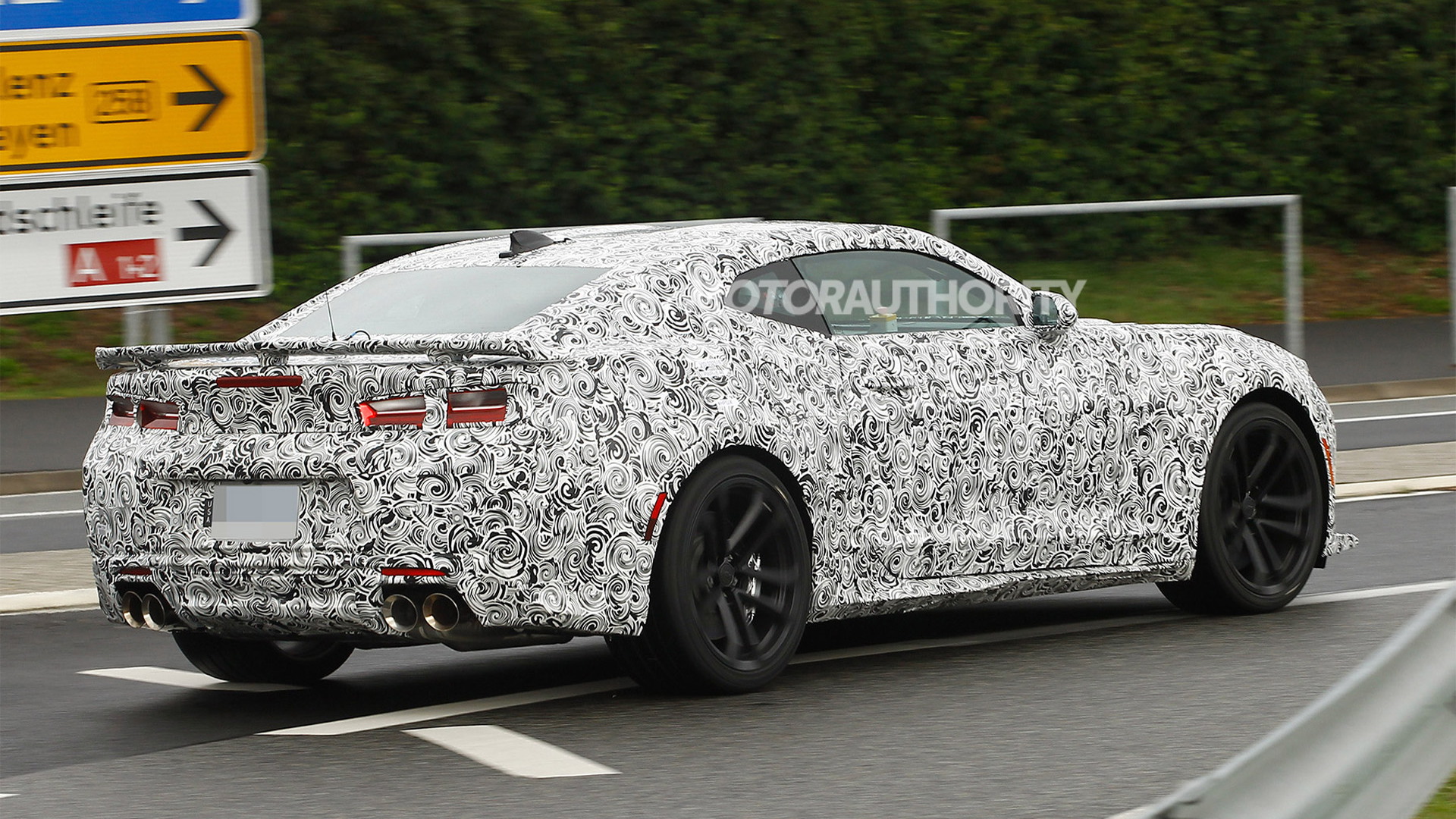 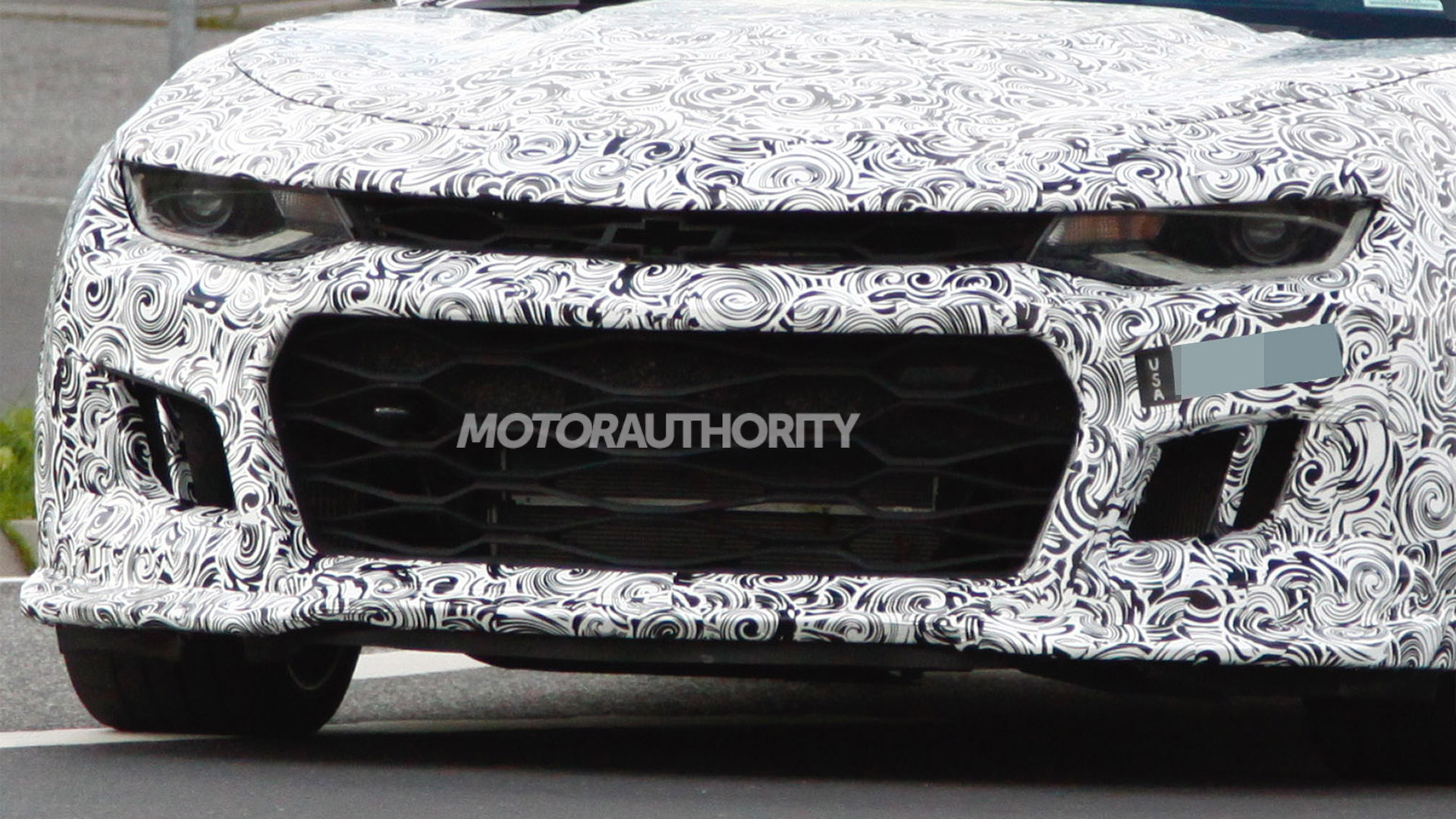 Chevrolet is gearing up for the launch of its all-new, sixth-generation Camaro later this fall, with the most potent model at present being the 455-horsepower Camaro SS. However, for those buyers willing to wait on pulling the trigger, there’s an even hotter model in the works, one likely to bear the ZL1 moniker or something else from the Camaro’s past.

Our latest spy shots show a prototype for the new Camaro ZL1, which was spotted testing near the Nürburgring, and video from YouTube user Gumbal shows the car attacking the German circuit. While previous ZL1s were known for the prowess at the drag strip, the fact that this one is testing hard at the 'Ring suggests the car should be track capable as well. After all, it will have to handle the Ford Motor Company’s [NYSE:F] Shelby GT350 pair until a new Z/28 arrives on the scene.

The front bumper is a completely new design and features much bigger intakes than those on the Camaro SS. Another new element is the lip spoiler, which leads into a pair of chunky side sills as you work your way towards the rear of the car. And when you finally get to the rear you’re treated with four large exhaust tips. The brakes appear to be conventional steel discs.

It’s hard to judge from the shots but it looks like there may be new hood-mounted heat extractor, similar to the one on the Corvette Z06 and Cadillac CTS-V. This makes sense as the supercharged 6.2-liter LT4 V-8 fitted to those cars is likely sitting in the engine bay of this prototype. The previous Camaro ZL1 had a supercharged 6.2-liter LSA V-8 good for 580 hp, so factor on this one developing more than that. We don’t think it will match the Corvette Z06’s 650 hp, but the 640 hp of the CTS-V is a possible target.

With less weight and more power, the new Camaro ZL1 should easily outmatch its predecessor. In fact, with just 455 hp on tap, the Camaro SS is already capable of 0-60 mph acceleration in 4.0 seconds and a quarter mile ET of 12.3 seconds at 116 mph, which is close to the numbers produced by the previous ZL1.