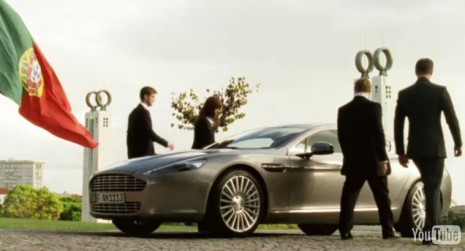 BMW is well-known for its automotive mini-cinema, and Audi took a stab at it with Justin Timberlake and the A1. Now Aston Martin is getting in on the action with the first part of its "True Power" series.

Staged, like so many car promos, around some mysterious cloak-and-dagger type operation, the video also asks you to "reveal its secrets," and "break the code." What does that mean? There's an interactive portion outside the video where the viewer can learn more about the car.

The video has surprisingly little to do with the Rapide itself so far, and it smacks heavily of marketing, but if you're into four-door Brit supercars, you probably won't mind.