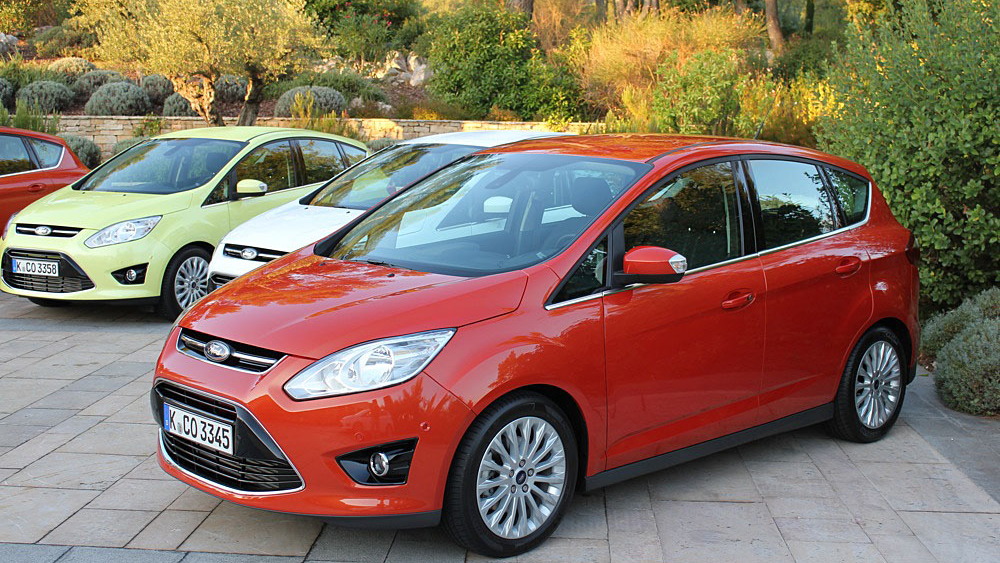 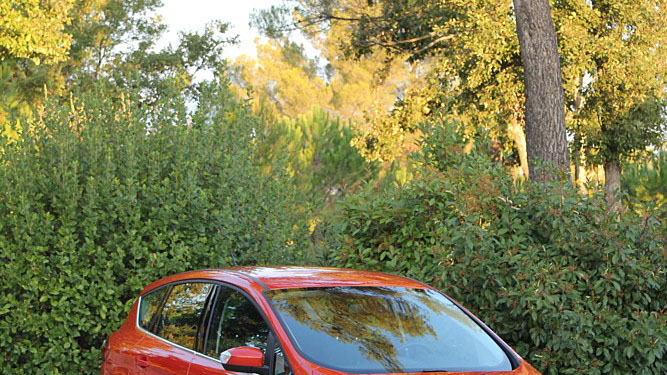 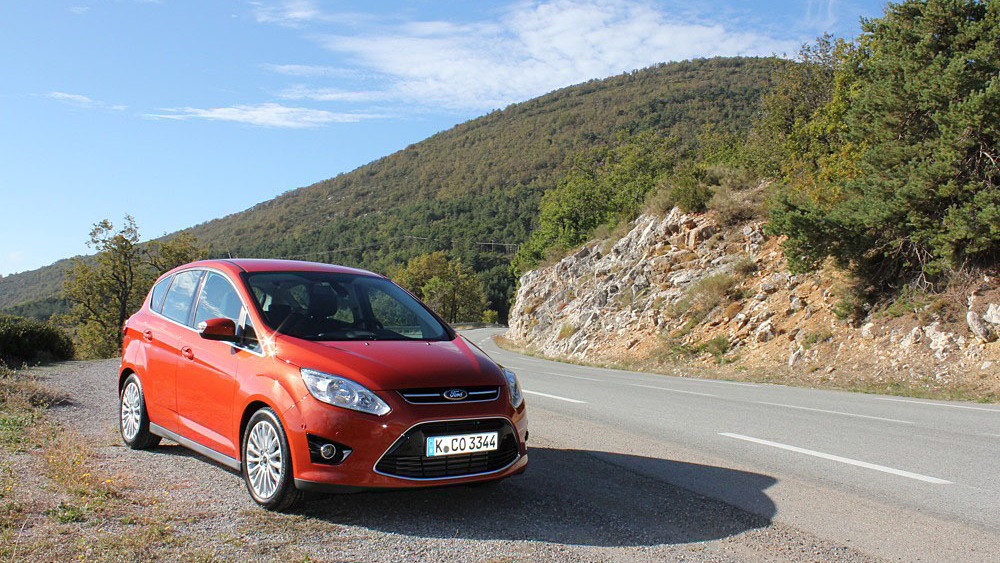 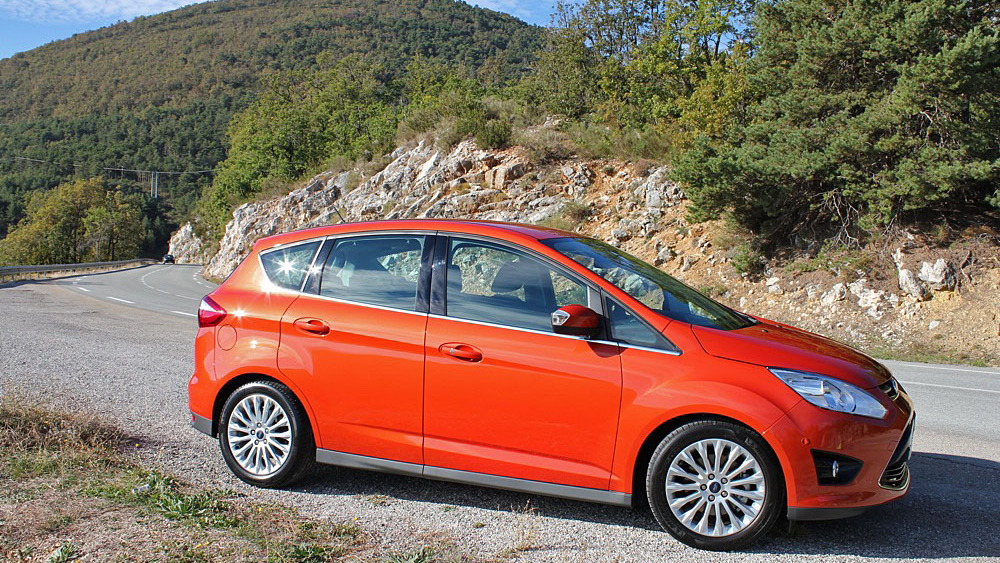 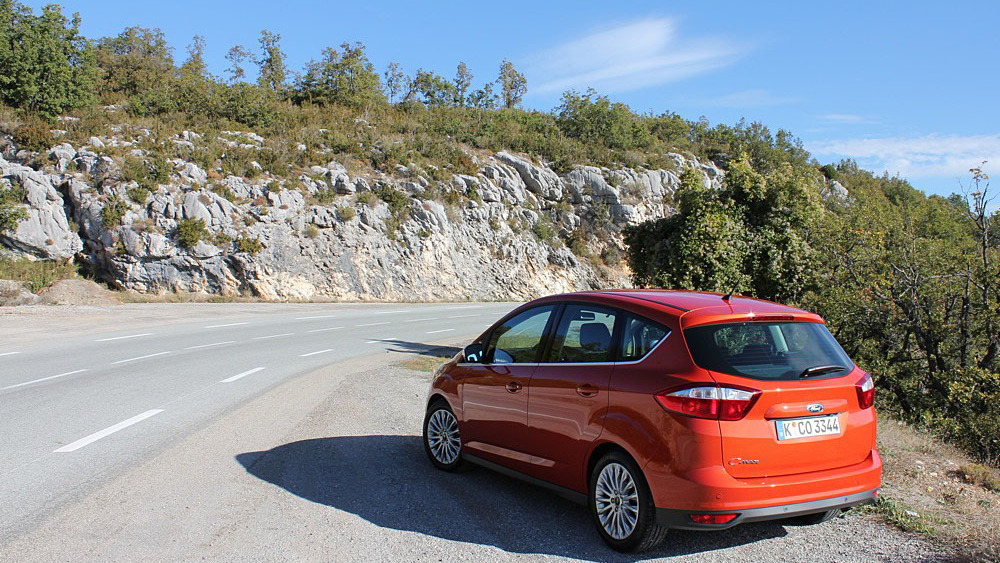 This past weekend, while most of you were enjoying a first real taste of fall, High Gear Media spent a Saturday drilling around the mountains above Cannes in the 2012 Ford C-Max. That's in both versions--the "Grand" C-Max coming to the American market in about 14 months, and the shorter, five-passenger hatchback that's actually sold as the "C-Max" proper in Europe.

Our driving impressions of the American-market C-Max aside, the smaller version has some features and feel we'd like to see in the U.S. Ford says this C-Max is too close to what it plans for the future of the Ford Escape--while it also admits it's also trying to sell more of its products on a global scale. We'll get the 2012 Focus hatchback and sedan, and the bigger seven-seat C-Max -- but the actual Focus station wagon and this five-seat tall hatch are, for the moment, not in the PowerPoint deck for the U.S.

What we like most about this C-Max probably will translate even better to the coming Focus sedan and hatchback. The perky EcoBoost 1.6-liter turbo four winds up quickly, and the manual transmission we drove gives up almost nothing to the standard shifter in the Honda Fit. Some versions of the new 2012 Focus will get the do-it-yourself gearbox, but not our big C-Max, and that's a shame. The electric power steering and its well-sorted feel are a sure bet; like the Fiesta, the C-Max feels like Ford is a few steps ahead on the learning curve for making EPS act like good old hydraulically actuated steering.

The five-seat C-Max also plays its flexibility card well. The tall body has almost as much head room as the MPV version. In the rear seats (there's no third-row bench here), there's even a trick that one-ups the larger Grand C-Max. Fold up the center seat section against the cargo bulkhead, and the remaining seats can slide on diagonal tracks to move back and slightly inboard. That gives two rear-seat passengers more leg room and more shoulder room on the outboard side. We can't remember any vehicle ever sliding into a home run this cleverly, and it's a detail even some sedans could use to their advantage. We doubt it'll be long before we see something like this over here. It's one of those features bound to be copied endlessly, especially in the seven-passenger crossover niche.

A great-looking hatchback to boot, the five-seat C-Max is the first taste of what the new Focus family will bring to Ford's U.S. showrooms starting next year. It's a great sign of the big progress in small cars that began with the new Fiesta. And even if we don't get every body style and every sibling this family can spin off, it's clear the Focus' gene pool is wide and deep, and worth a good dip.