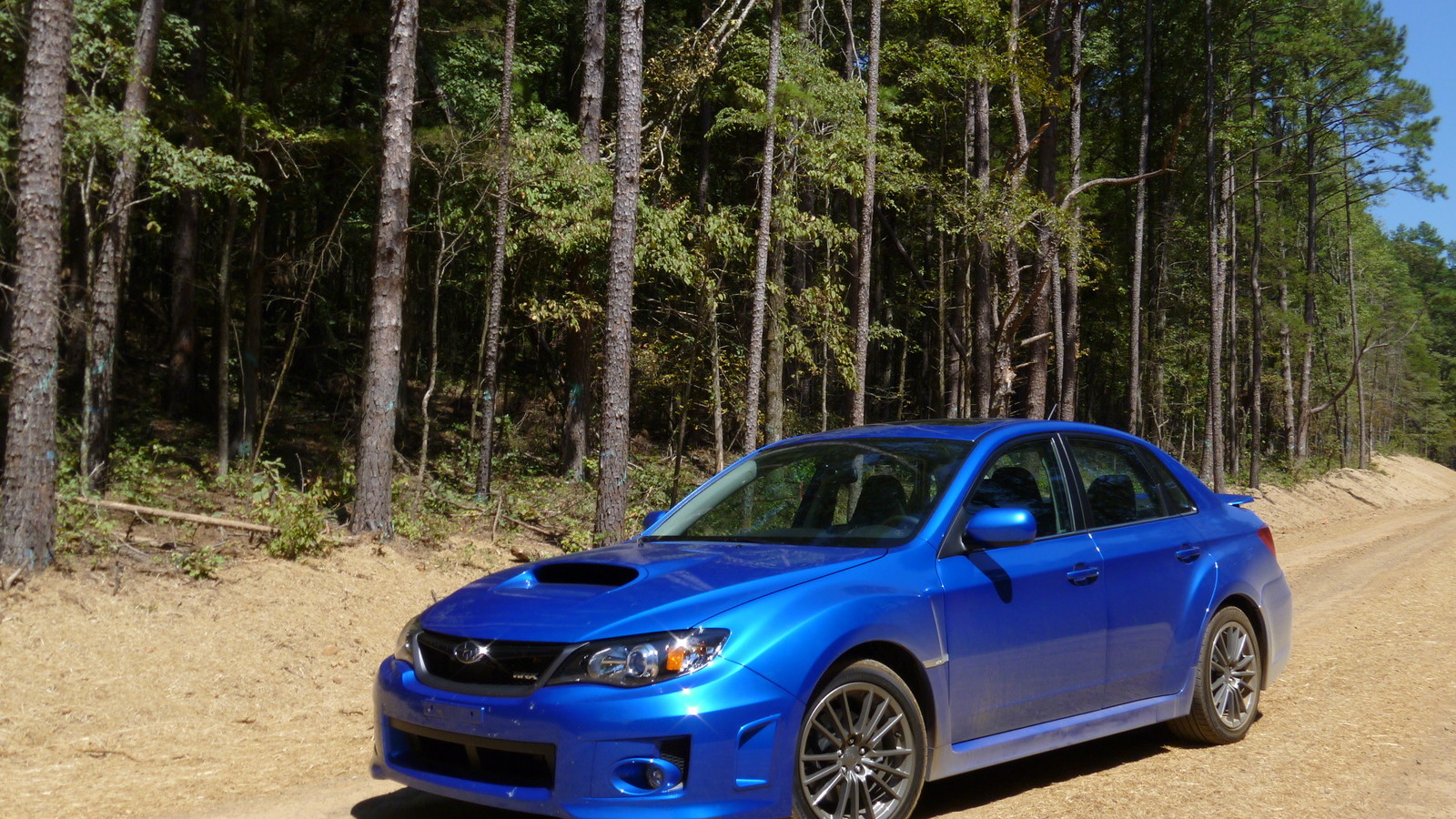 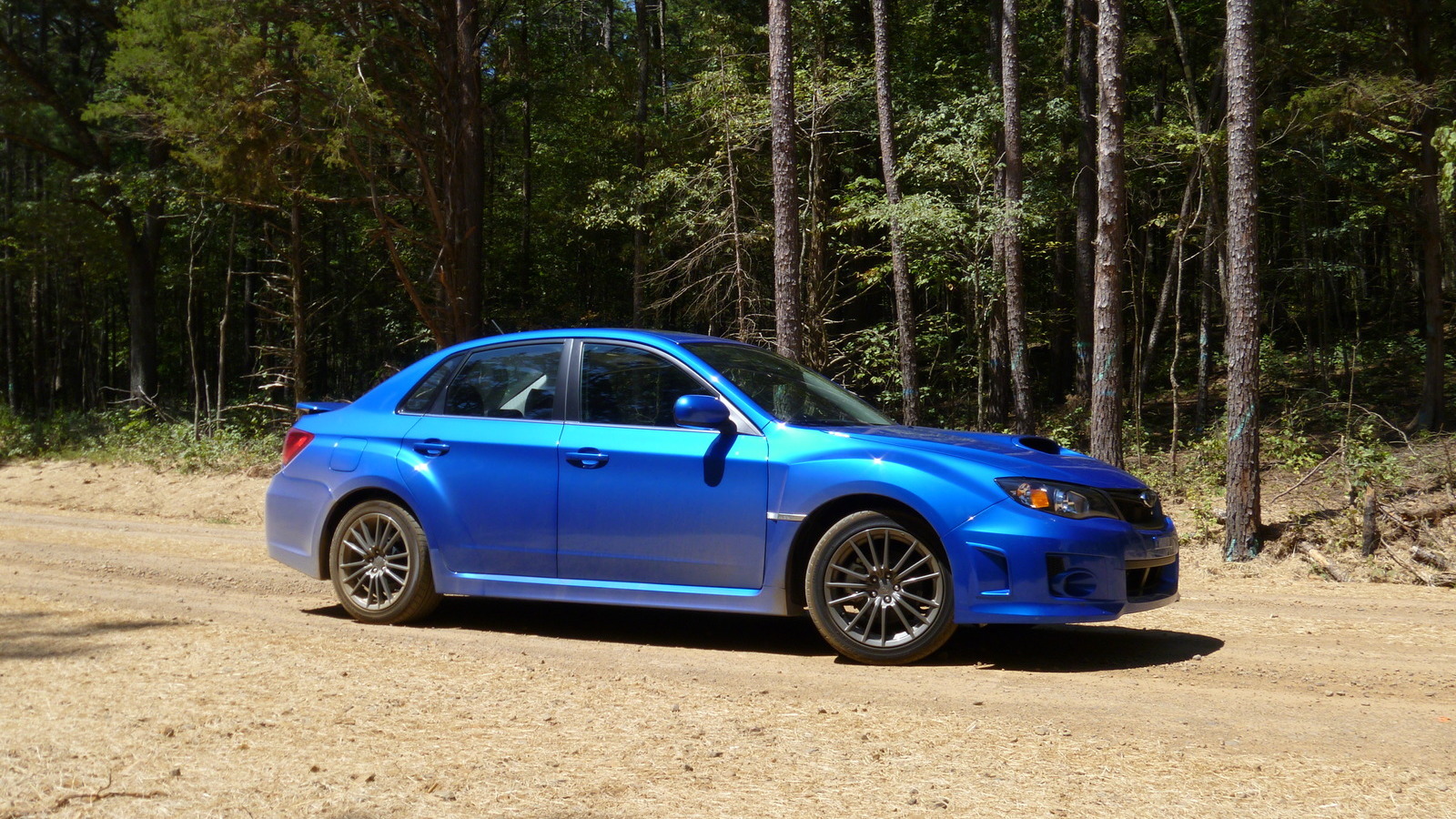 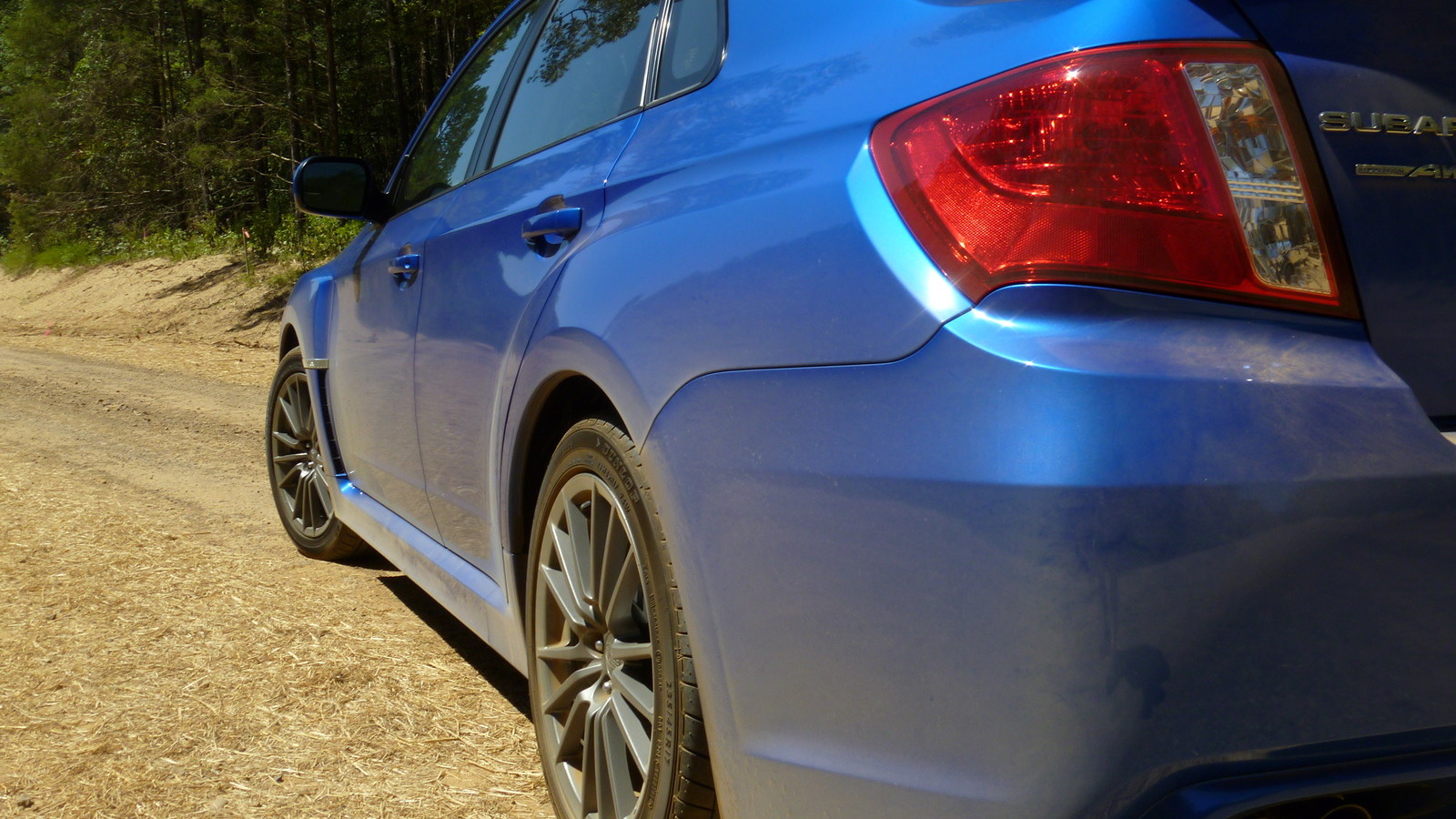 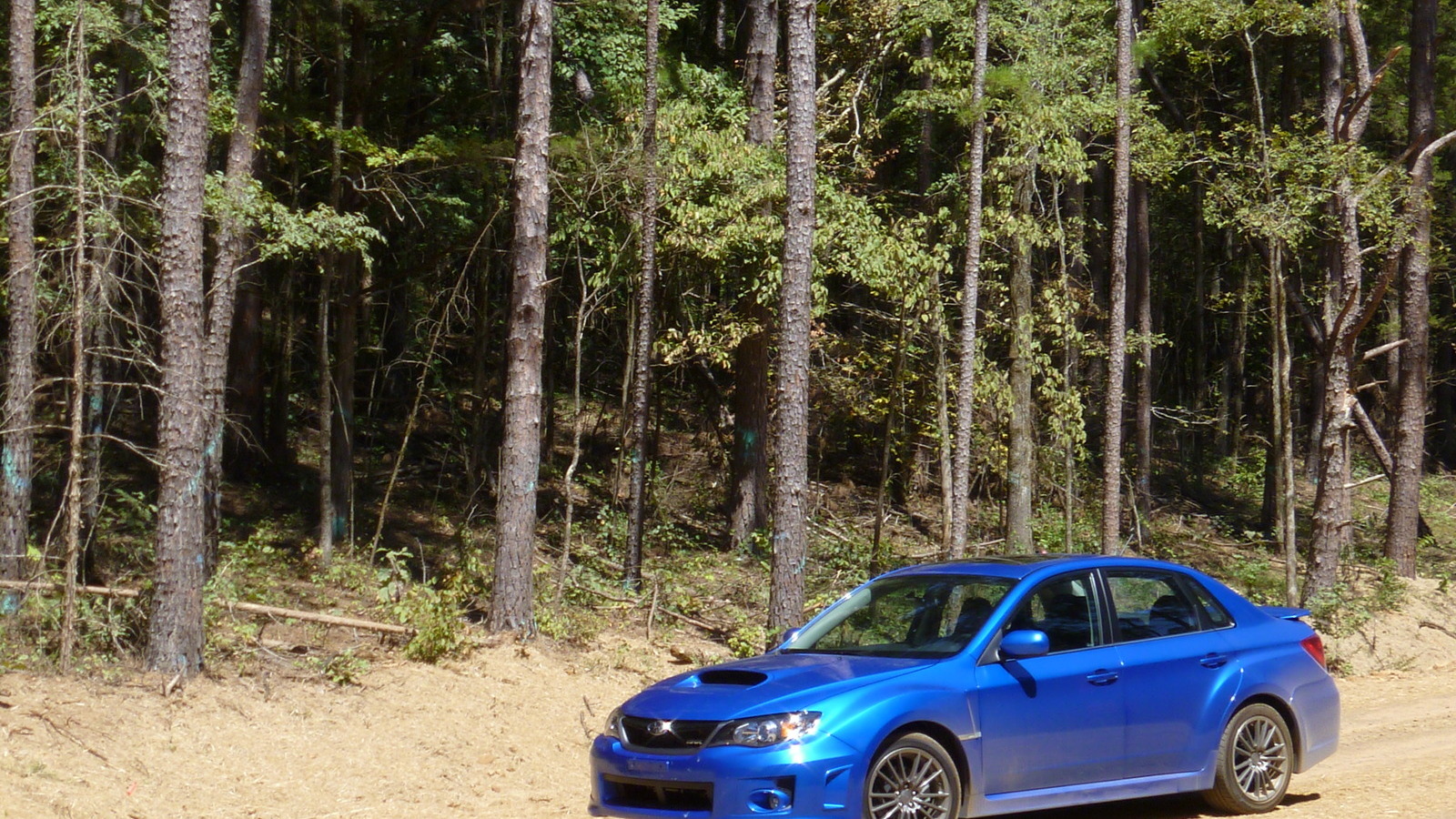 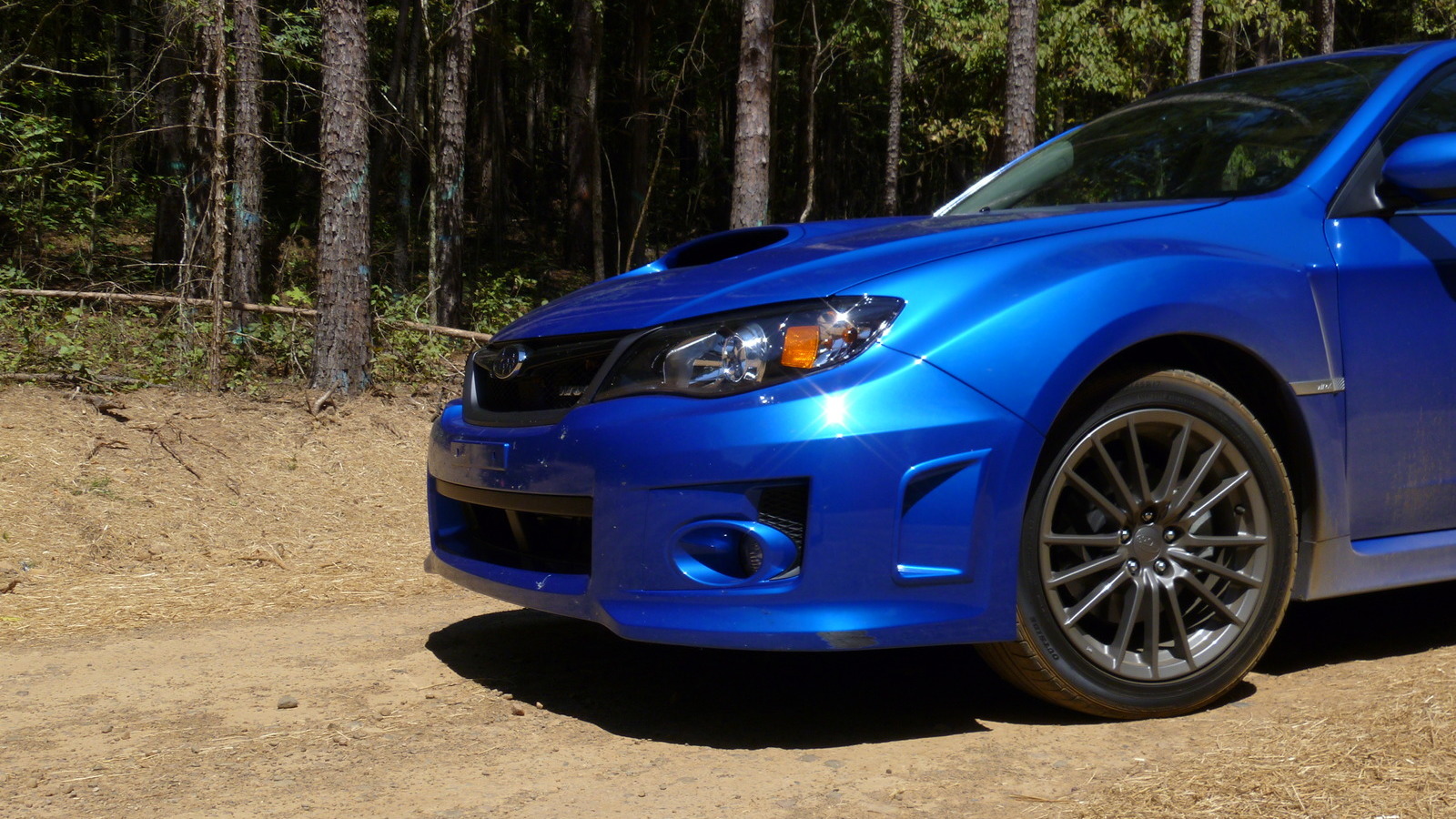 On the surface, the 2011 Subaru WRX doesn't sound all that exciting. Sure, it's got a turbo 2.5-liter Boxer four, but only 265 horsepower? The Honda Accord makes more than that. Yeah, it has all-wheel drive, but so does the Lincoln MKS. It wears the widebody treatment of the WRX STI, but it's about 40 horsepower and a whole lot of aggression short of its bigger brother. So why do I like it so much?

The answer isn't in the paper details or any one feature or ability. The answer is in its remarkable ability to do just about anything I want it to do very well.

The car I spent a week with, a 2011 Subaru WRX Limited sedan, hits the mark on just about every front: acceleration, handling, braking, interior comfort and quality, features and options, and, best of all, price.

To put the 2011 WRX to the test, I took it on a 100-mile run through some of the best two-lane hill roads in the country. Tight 10-mph switch backs, quick steep climbs and descents, brief stretches of wide-open straights, these roads have it all. Where are they? I'm not telling you. I want to keep them for myself.

But I will tell you that the 2011 WRX handled everything thrown at it with a willingness you won't find even in some purebred sportscars. Pick the right gear coming into a corner and the WRX will slingshot you out of it, scrabbling for more grip than you knew was there. Blip the throttle while braking--the pedals are well-spaced, even for big feet--and drop a gear or two, trailing off the brake as you turn in, and there's no understeer, no tendency to push when it should grip. Do it right and you can even induce a little four-wheel slide just about anywhere you'd like, perfectly controlled and very neutral. Body roll is there, but it's minimal--and a huge improvement over the 2009 model I last tested in similar environs.

Even when one road turned into a mile of dirt and gravel, the WRX just leapt at the opportunity. My passenger didn't, however, so it ended up being a rather comfortable and scenic cruise, the WRX's compliant yet still communicative suspension and steering guiding us easily over the washboard surface. The Corvette behind us wasn't having such an easy time of it.

Back out on the asphalt, the WRX continued its charge through the hills, though the brakes were beginning to worry us. The Corvette driver behind said he'd smelled them for several miles before the gravel strip, and though the pedal was staying firm and stopping distances weren't growing, the doubt had entered my mind. Perhaps they just hadn't been bedded in yet, maybe the brakes are the weak point of the performance packge--whatever the cause, it was the only thing to put even a slight ding in the WRX's performance armor.

This is a fast, fun car to drive in any situation, and it's comfortable, too. It's not a 500-horsepower monster, and it won't deliver the pure exhiliration or feel of a mid-engined two-seater, but for a $28,000 car capable of hauling the kids, snagging 26 mpg on the way to work and slinging great gobs of mud on the weekends, it's just about perfect.

Comfort & Interior
If there's any area to gripe about the new WRX, it's the use of hard plastic in the interior. No doubt an effective cost-cutting measure (not to mention lighter than wrapping everything in leather) the plastic of the doors, dash, and most other elements of the cabin feels like Subaru cut just a little too much cost. Hard plastic is one thing; cheap-feeling hard plastic is another. Subaru could take a lesson from Kia in this department. The plastic in a new Kia is just as hard (and probably cheaper) but it doesn't look or feel like it.

The plasticky interior really isn't a problem, but it is noticeable. The leather seating surfaces and well-designed seats make up for it, however, and the generally well-laid out and easy-to-use center stack/infotainment/nav center quickly put your mind on the successful parts of the cabin. USB connectivity and iPod control mean you can listen to whatever you've got in your pocket, hands-free Bluetooth means you can make calls without getting tickets, and the steering wheel audio controls make it easier to do both.

Room in the back seat is better than you'd expect, with plenty of room for sub-six-footers. Taller adults will prefer the front seat. Likewise, cargo space in the interior isn't abundant, but the trunk holds plenty. It's the usual tradeoff you'll find in this size of sedan.

Value
As I said earlier, the real standout feature of the 2011 Subaru WRX isn't any one feature at all--it's the way Subaru has managed to package so many very good features into an affordable package. Priced at $28,995 for the Limited model, which is very nicely configured as it sits, the 2011 WRX delivers on all fronts.

I get a lot of cars in my driveway every year, but this is one that I'd like to stay.