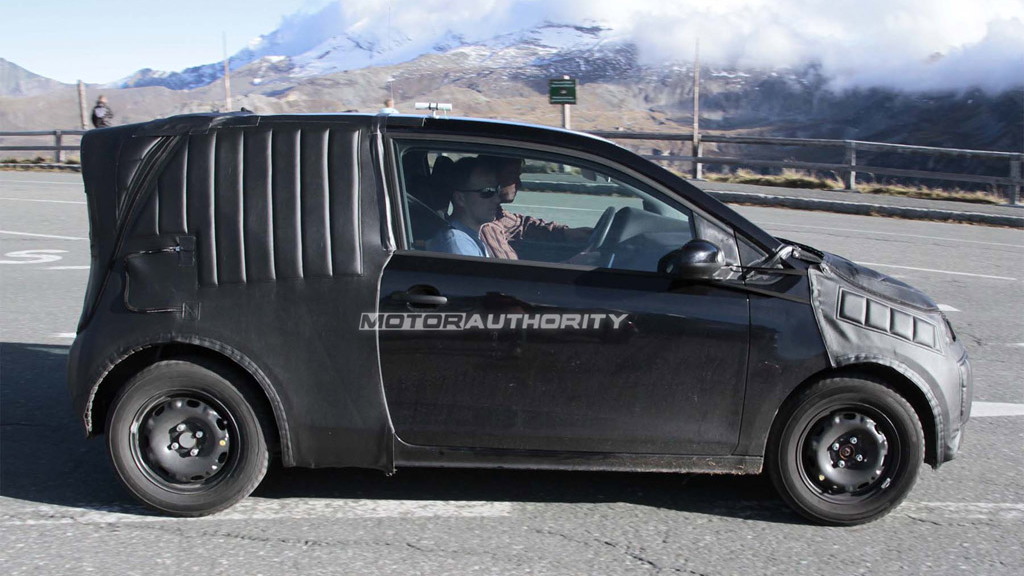 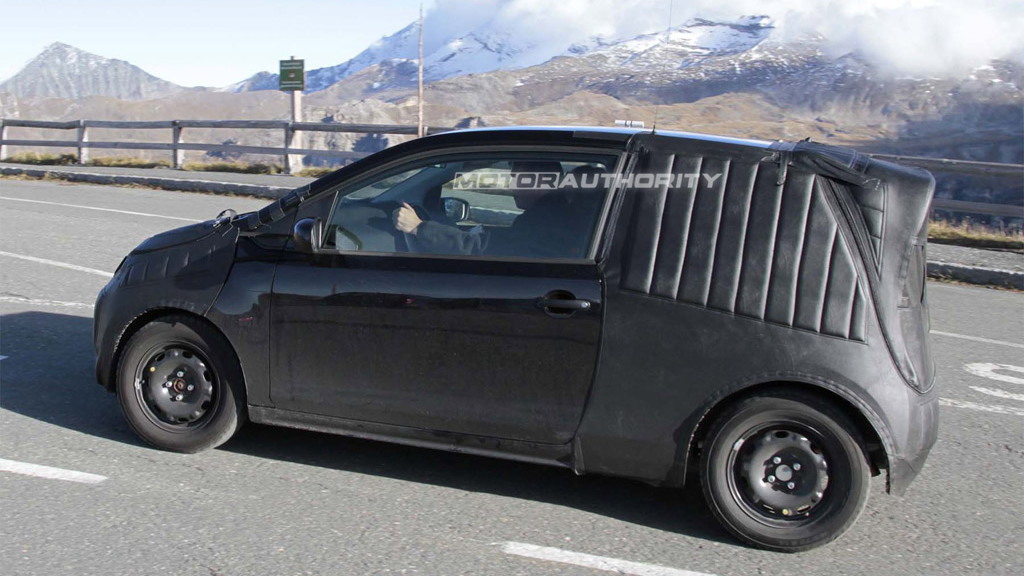 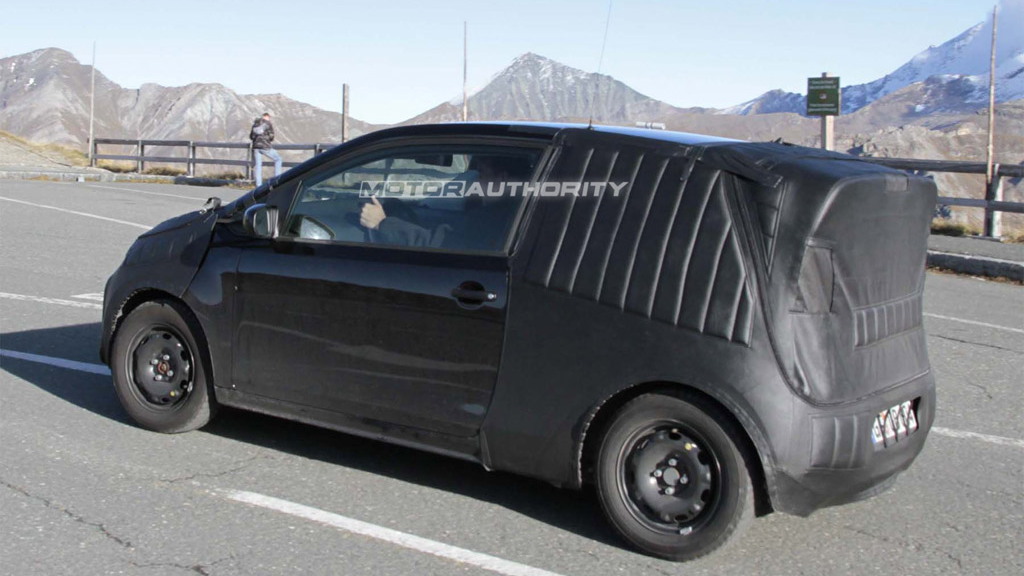 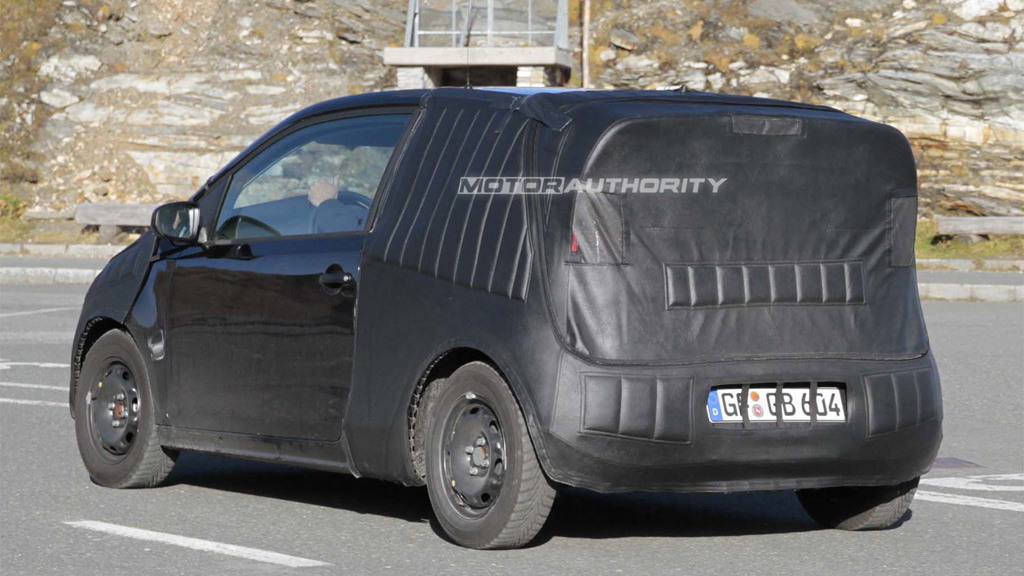 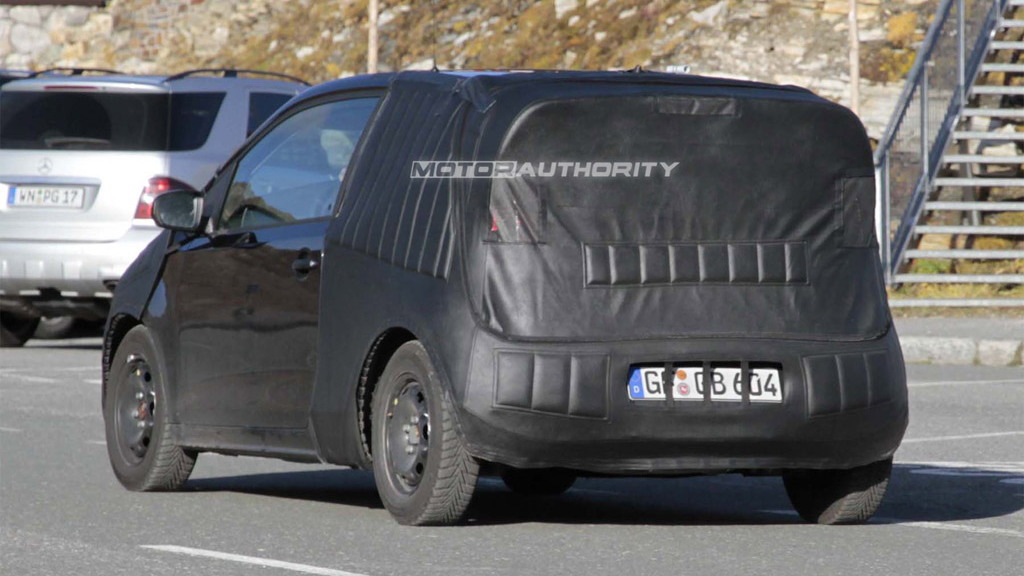 An all-electric minicar, a New New Beetle, and a sporty convertible--the Volkswagen Up! platform, which will be the basis for the next-generation Lupo, could spawn all of these, and more. Today we have new spy shots of the prototype testing in Europe, revealing little, but confirming much.

The car in the photos appears to be the basic three-door hatch variant, which is expected to be among the first to reach production. A five-door/microvan is also expected at launch. A sporty convertible could follow shortly after, while the all-electric Up! isn't expected until 2013.

For the combustion-powered models, the car is expected to share the three-cylinder gasoline engine found in the new 2011 Polo, earmarking it almost certainly for non-U.S. sale, though if the Polo makes it stateside, the Up! could, too.

The all-electric Up! is expected to get a 60-horsepower motorand a lithium-ion battery good for at least 65 miles. That's not much on the scale of U.S. distance driving, but it should prove more than adequate in its intended environment: urban centers.

As always, we'll keep you posted on the latest 2012 Volkswagen Up!/Lupo news as it breaks.