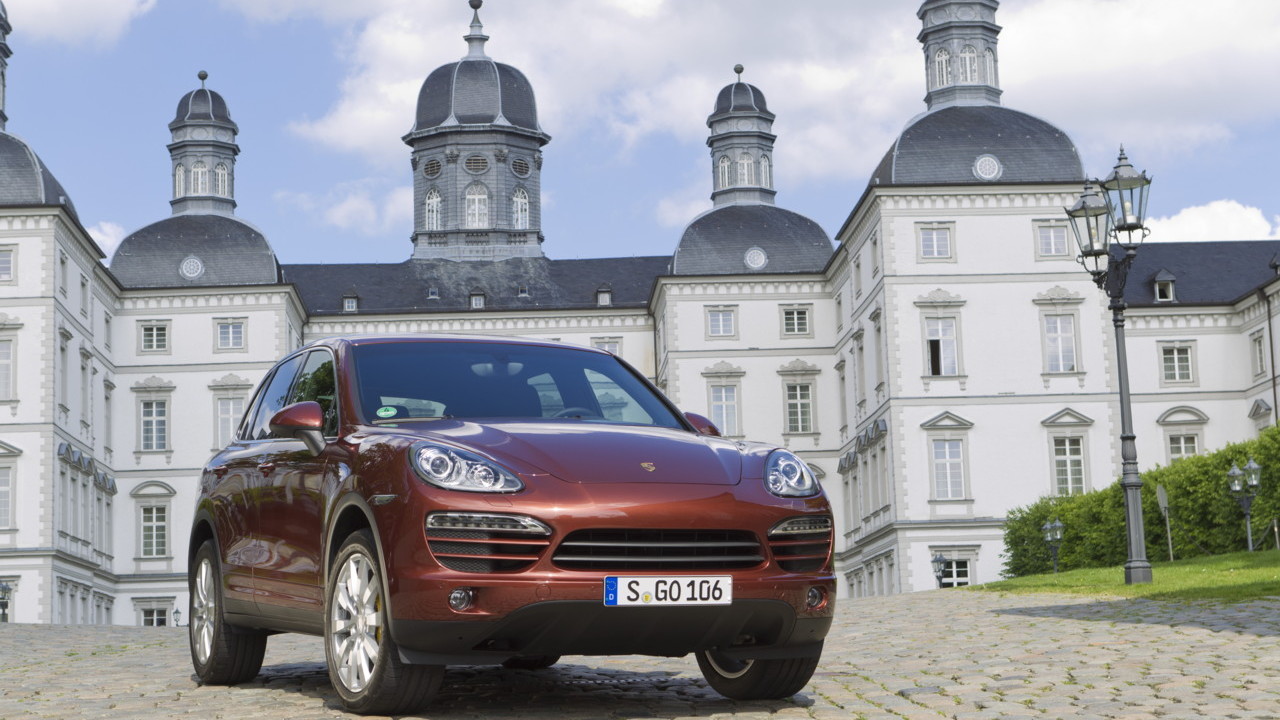 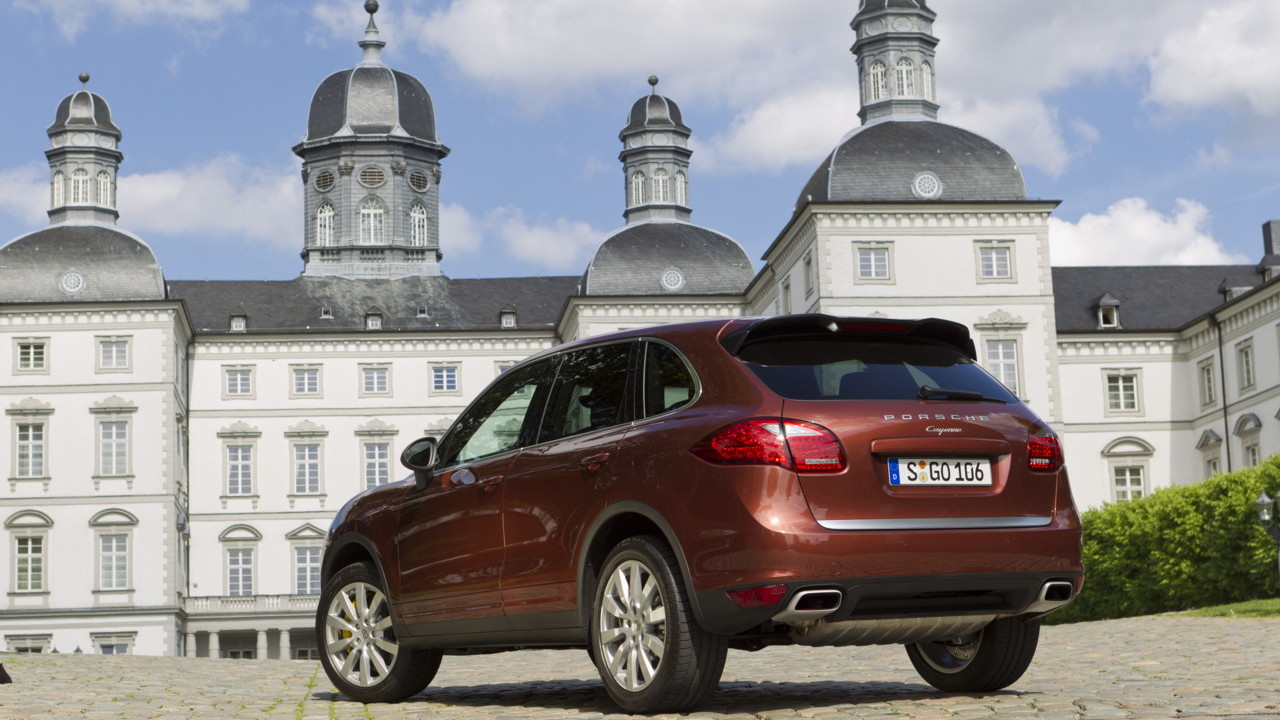 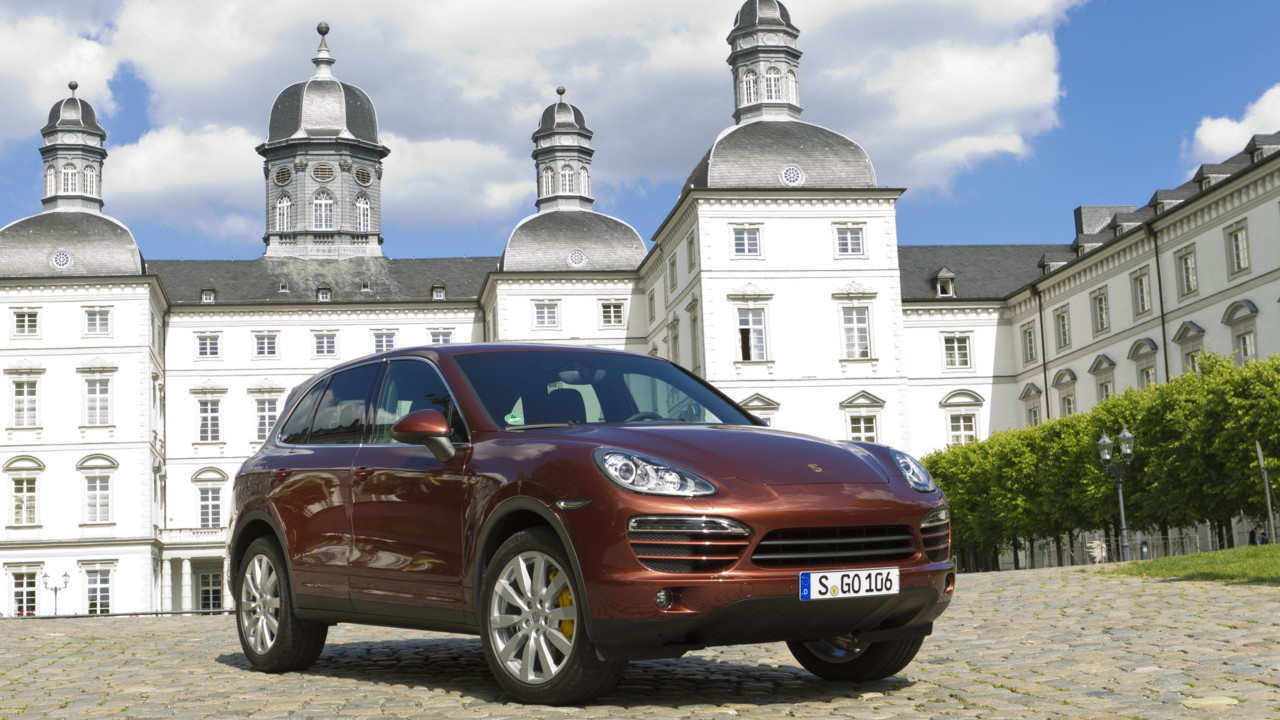 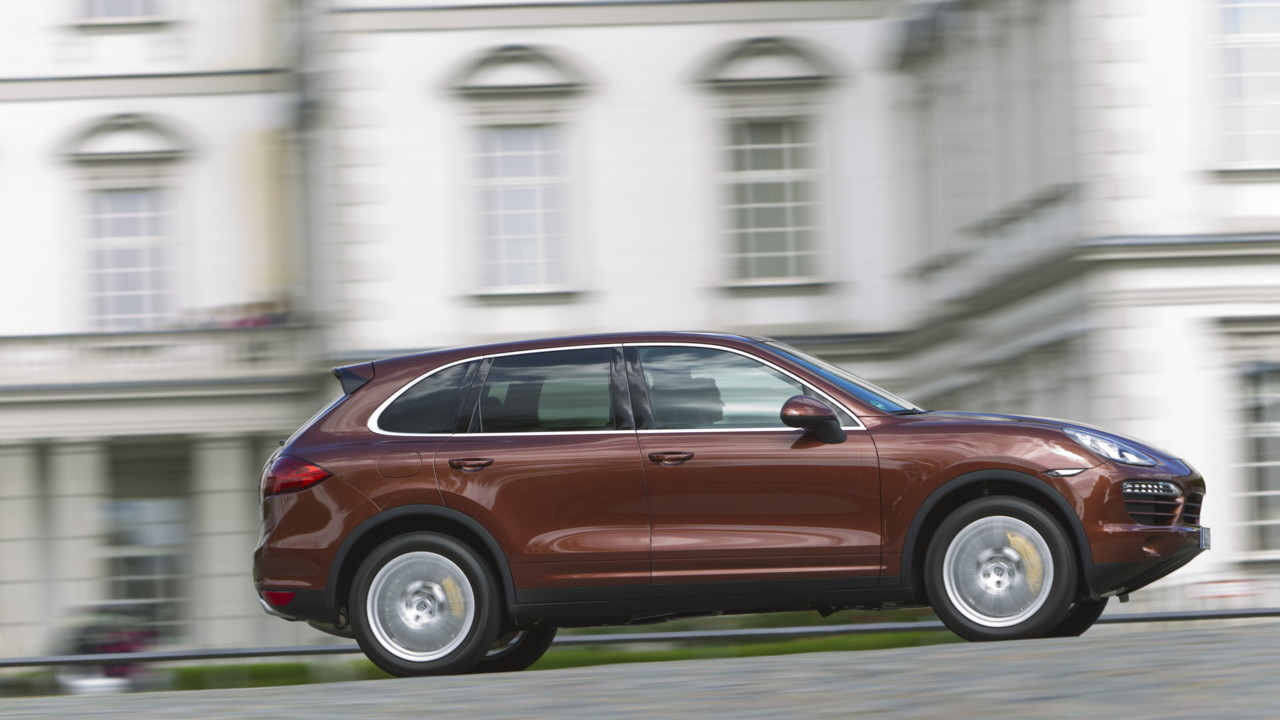 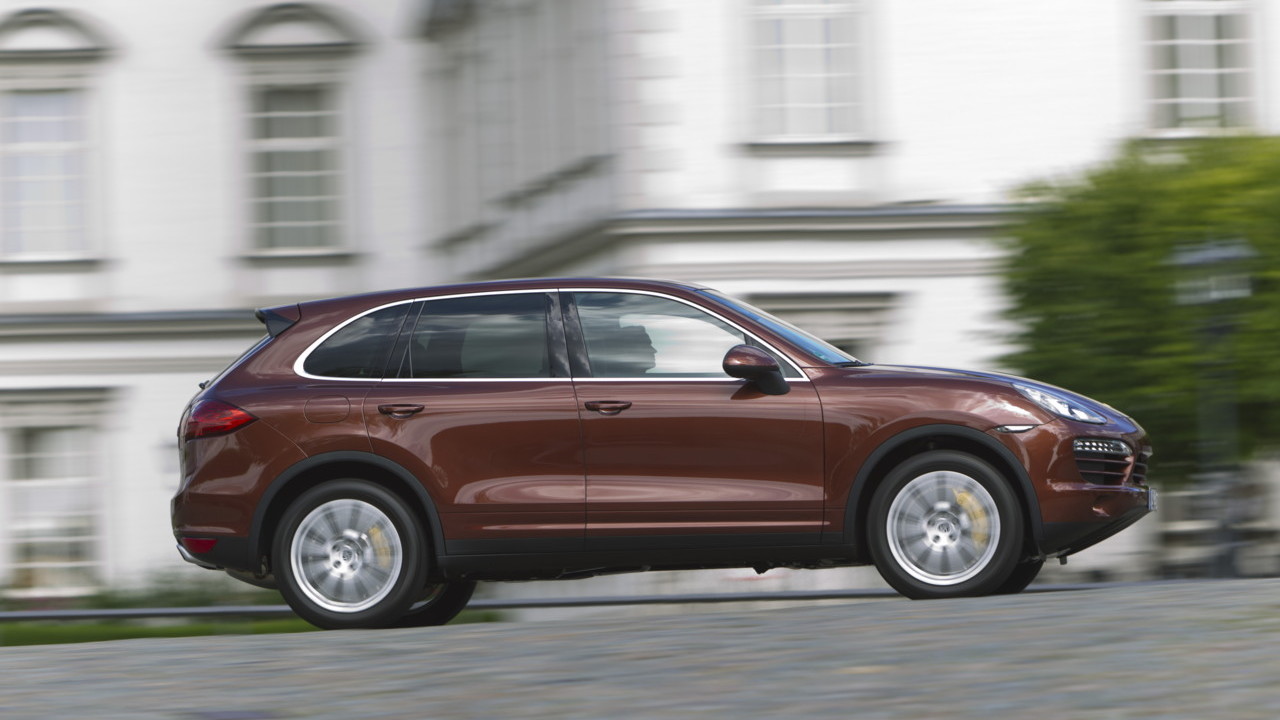 36
photos
Weight loss can be transformational.

In the case of the 2011 Porsche Cayenne V6, it's enough for a bit of a personality change. Through body structure changes, a greater use of aluminum, a new instrument panel and interior components, and all sorts of other means—but most notably by doing away with the old transfer case and low range—Porsche has cut nearly 400 pounds from the Cayenne.

That loss of weight makes a big difference—a difference that we could feel in the V6 especially.

The Cayenne still doesn't feel quite as nimble and responsive as the Infiniti FX35, the vehicle that's in our opinion the Porsche ute's closest rival. But then again, the FX35 doesn't offer anything close to the Cayenne's off-road ability—which is still very much present, as we recently experienced traversing an especially mucky path in Alabama, just managed by electronics.

Over the past several years, the base V6 model has made up nearly 60 percent of Porsche Cayenne sales in North America, so the base offering is definitely here to stay. Porsche says that it has worked to maintain both the Cayenne's off-road ability while improving its performance and focusing on "everyday driving qualities," and it's paid special attention to the V6.

However, in the Cayenne, that means not going with Porsche's new 90-degree V-6, as featured in the Panamera, but instead tweaking Volkswagen's iron-block VR6 engine. A few years ago, Porsche began installing the 3.6-liter version of this engine, and for 2011 it makes 10 more horsepower, for a total of 300 hp.

The VR6 has never been short of character—almost as smooth as a straight six, with a distinct velvety purr at the higher revs. Aside from a Porsche-exclusive intake manifold and specially tuned exhaust, it's the same engine that's been used in a wide range of VW products—and no doubt a way to make the numbers work and offer the base Cayenne at such a competitive price. Our only complaint is that you could feel engine vibration through the steering wheel, in a pronounced way, in a pre-production test car.

The 2011 Porsche Cayenne V6 can now accelerate to 62 mph in 7.8 seconds. That's a few tenths of a second faster than before. It's still no speed demon, but the new eight-speed automatic does help it feel more responsive for passing as well as more fuel-efficient.


The eight-speed automatic transmission, supplied by Aisin, is a good match for the engine, and you can manually select gears with steering-wheel buttons whenever you wish; it's not quite as quick as Porsche's PDK dual-clutch gearbox but calibrated nicely. Thanks to the transmission's wide range of ratios, the Cayenne not only accelerates well but does triple-digit speeds better than you'd expect (we noted about 130 mph before we hit an aerodynamic wall, but Turbos can reach 172 mph). And the transmission's extremely low first gear is designed for both a quick takeoff on the road and to help supplement the electronics in providing control off-road. All-wheel drive is provided by an electronically controlled, multi-plate clutch system.

Both of the V6 models we drove were equipped with the optional Porsche Adaptive Suspension Management (PASM) air-suspension system, along with the Porsche Dynamic Chassis Control (PDCC). Together, these systems allow great ride quality while firming up in milliseconds when needed; there's also a choice between Comfort, Normal, and Sport modes, affecting the suspension as well as throttle, transmission, and more.

The look and feel of the Cayenne's interior has been improved throughout, with the new look borrowed directly from the Panamera. A curvy new instrument panel, with sculpted vertical vents and a screen-based nav system front and center, along with an upwardly sloping center console together make it feel less drab and more upscale, and it's all accented in nice matte-metallic trim. About the only thing you'll recognize from the former Cayenne inside are the prominent grab handles alongside the center console.

Interior space has been improved in the process. The slightly longer wheelbase has brought an extra couple inches of legroom, and the back seat now slides fore and aft more than six inches, with the seatback adjustable for rake. The backseat folds (not quite completely flat), and creating enough space back there for a small piece of furniture, a bike, or snowboards.

While driving on narrow, unfamiliar streets and highways around Cologne, Germany, one of our favorite features in the Cayenne was the ability to display full-color navigation system maps in the small circular TFT screen that's part of the gauge cluster, just to the right of the tachometer.

All Cayennes, whether we're talking about the V6, the V8 S, the Turbo, or the Hybrid S, have become more svelte in appearance for 2011. The changes are quite subtle, but the all-new sheetmetal is curvier, with a lower, leaner look in front. More curvaceous door panels and curvier-looking rear flanks hint more strongly of the sports cars in the Porsche family.

The price is right for the Cayenne V6; at a $46,700 base MSRP—a full $17k less than the V-8 Cayenne S starting price—it's right in the heart of the premium utility market, a little above more mainstream offerings like the Lexus RX and Lincoln MKX and including vehicles like the Acura MDX, Audi Q7, and BMW X5.

In addition to the performance systems, Porsche offers several high-tech safety systems, including a dynamic light system, Lane Change Assistant, and Adaptive Cruise Control. As we'd advise for any Porsche model, watch those options, as they add up fast.

The new Cayenne V6, along with the 2011 Cayenne Hybrid, will reach U.S. dealerships in October.