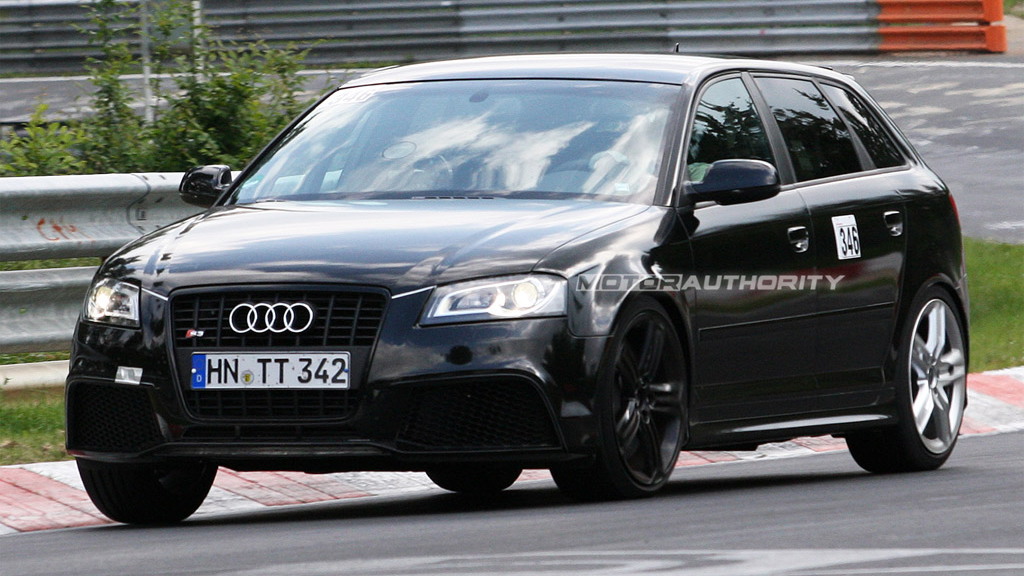 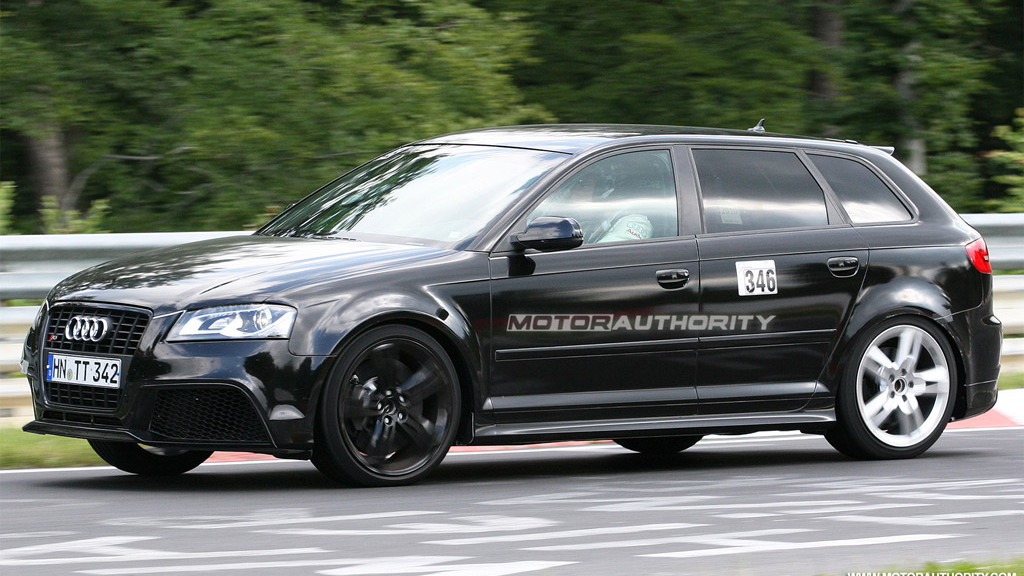 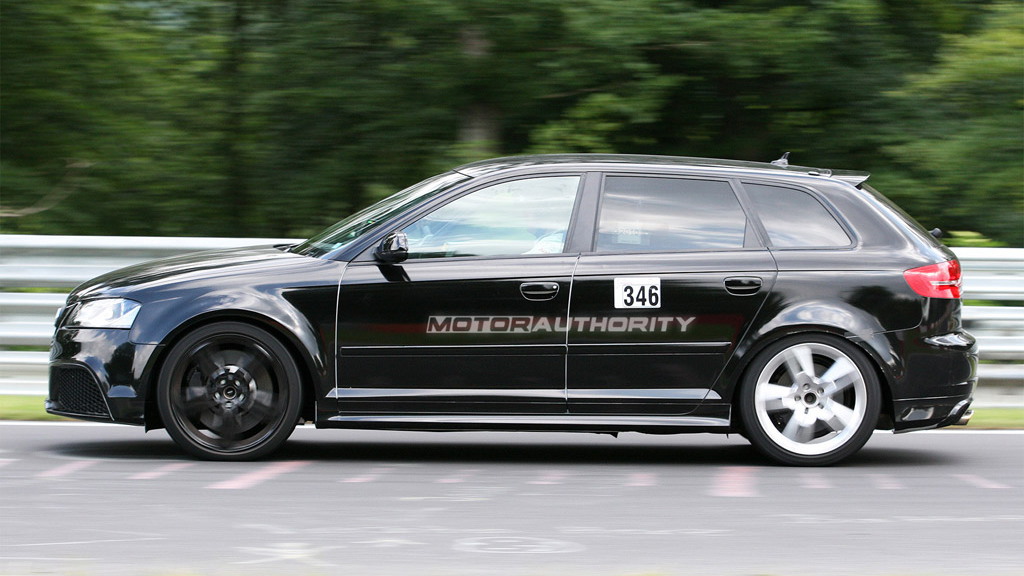 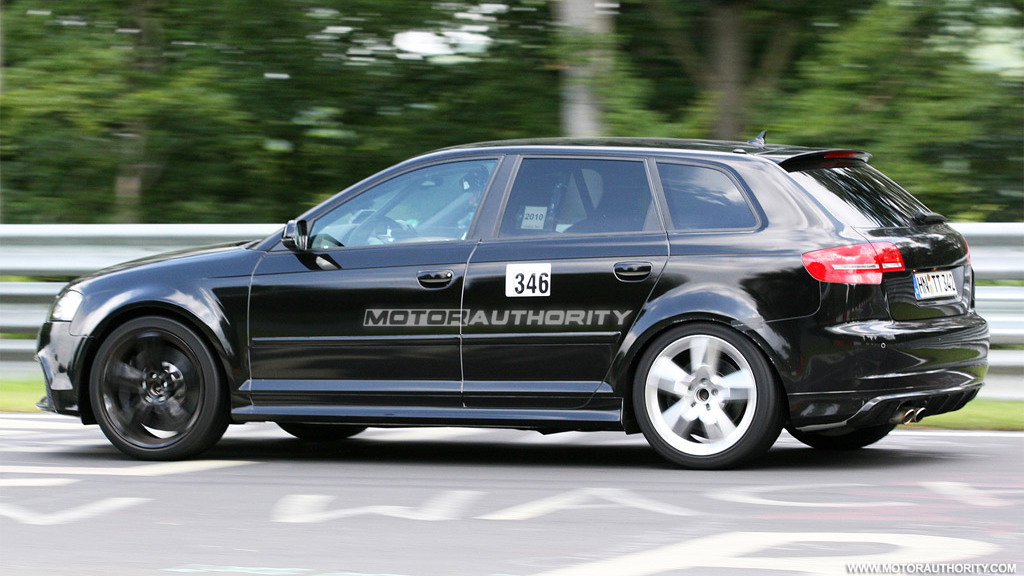 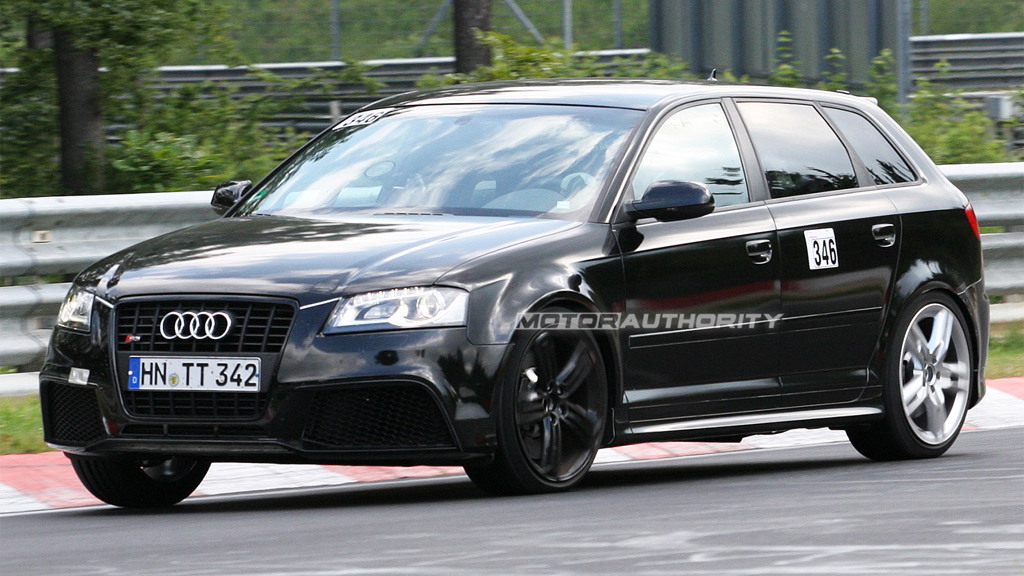 10
photos
We've seen spy shots of the Audi RS3--in test mule form, at least--since last year, but today's new shots confirm Audi is indeed still working on it. The hottest A3-based model had been rumored for a debut at last year's Frankfurt show, but when Audi didn't deliver, some thought the project might be on ice.

It's alive and well, however, as these shots of an all black prototype reveal. Huge mesh airdams in place of the usual foglight location, series of holes drilled under the grill, and a mismatched set of wheels all hint that there's more going on here than a revised S3.

We expect the extra breathing room in the front bumper is there to feed and cool the turbocharged five-cylinder borrowed from the TT-RS, which should be rated at about 340 horsepower and 332 pound-feet of torque in the RS3. A more focused suspension treatment and unique front, side and rear aero look will also be part of the package.

Zero-to-sixty acceleration should nip just under five seconds in the RS3, with a top speed of 155 mph (limited) or up to 174 mph with no limiter if Audi follows the same path it did with the TT-RS.

Unfortunately we don't know yet if the car will be sold in the U.S. It's not going to be a volume model, and pricing in the U.S. would be steep, so Audi may reserve the car for Europe and a few other markets where car prices will more easily support a reasonable margin.

Look out for a world debut at the 2010 Paris Auto Show this October.