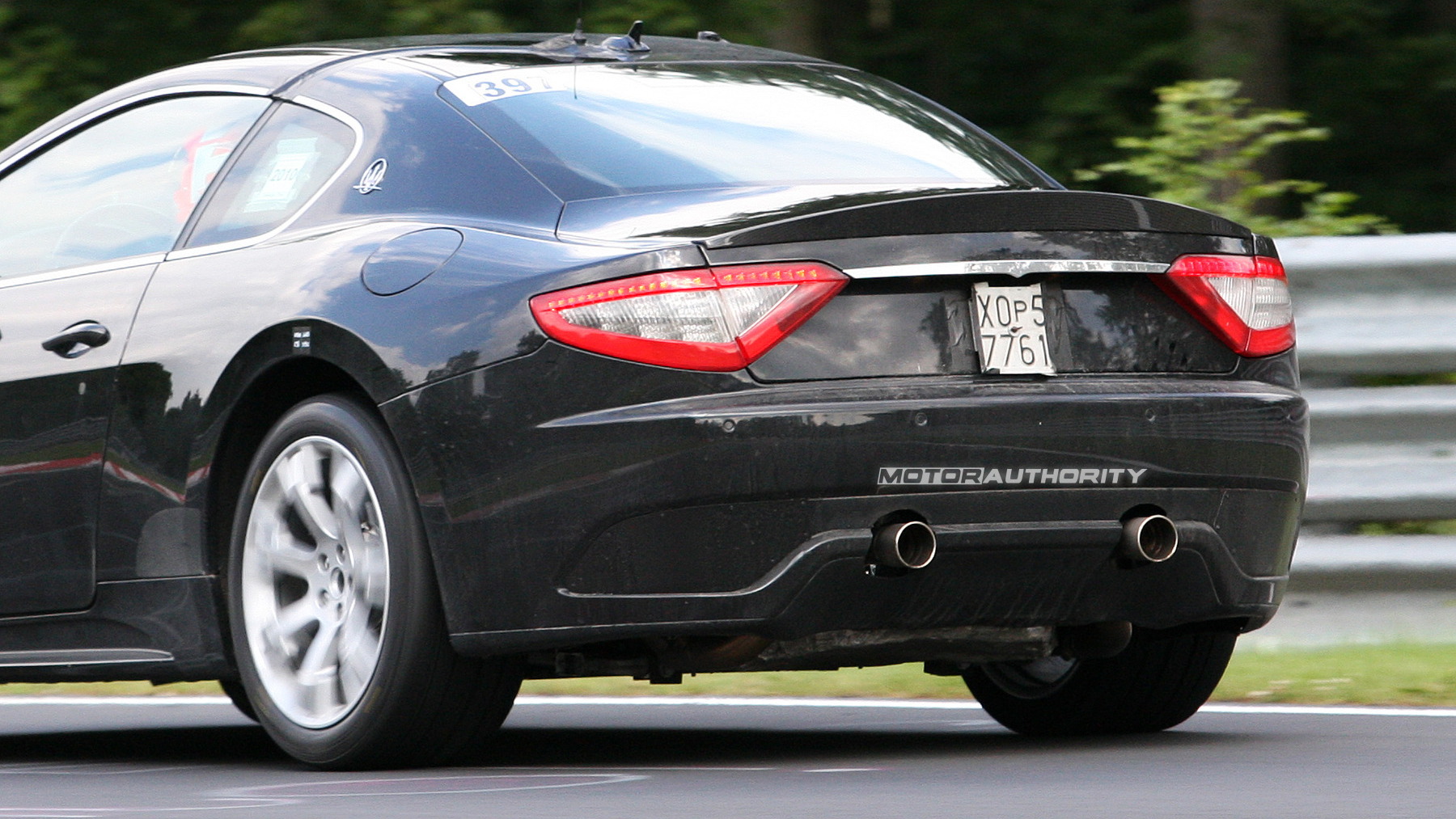 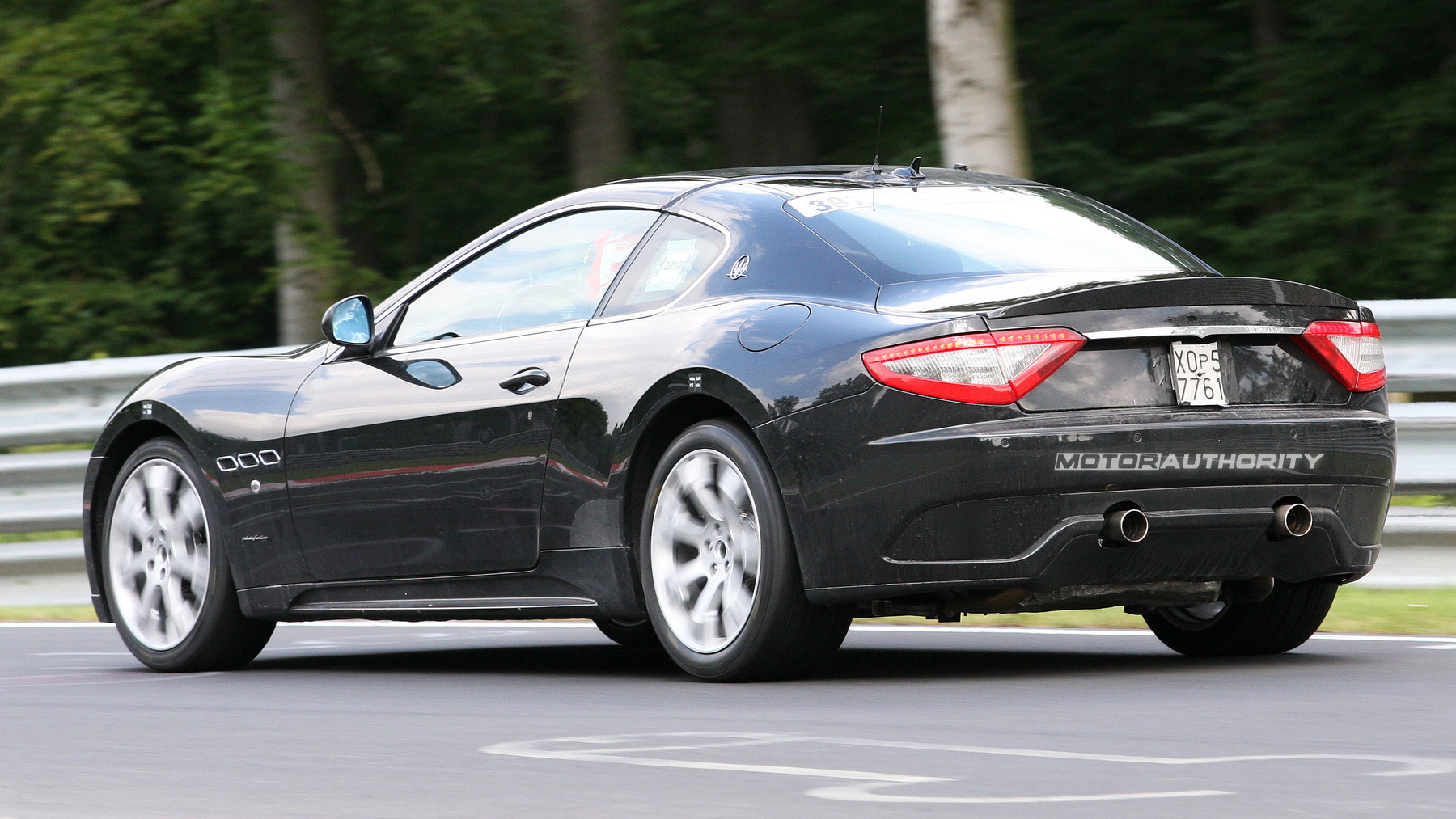 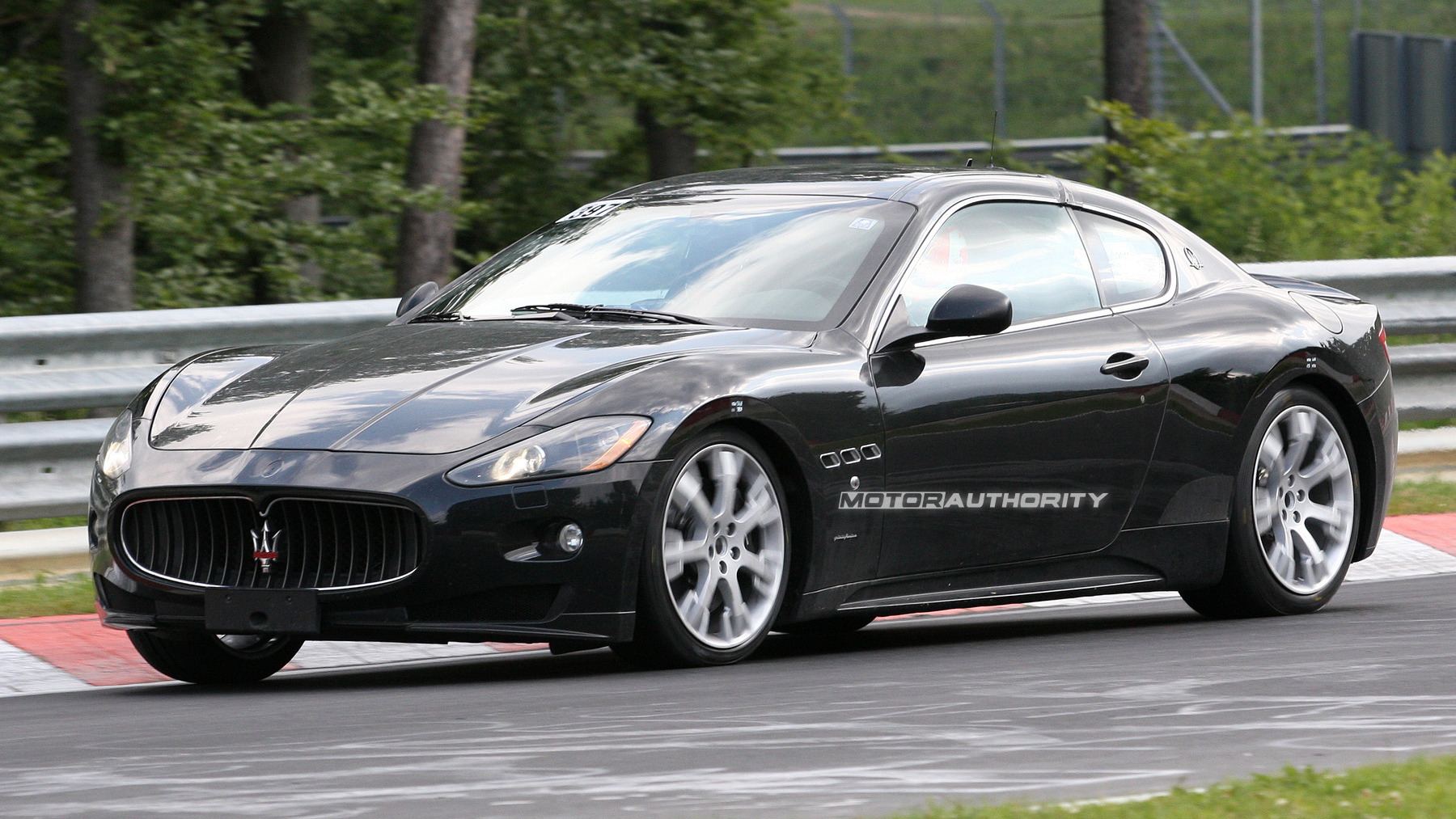 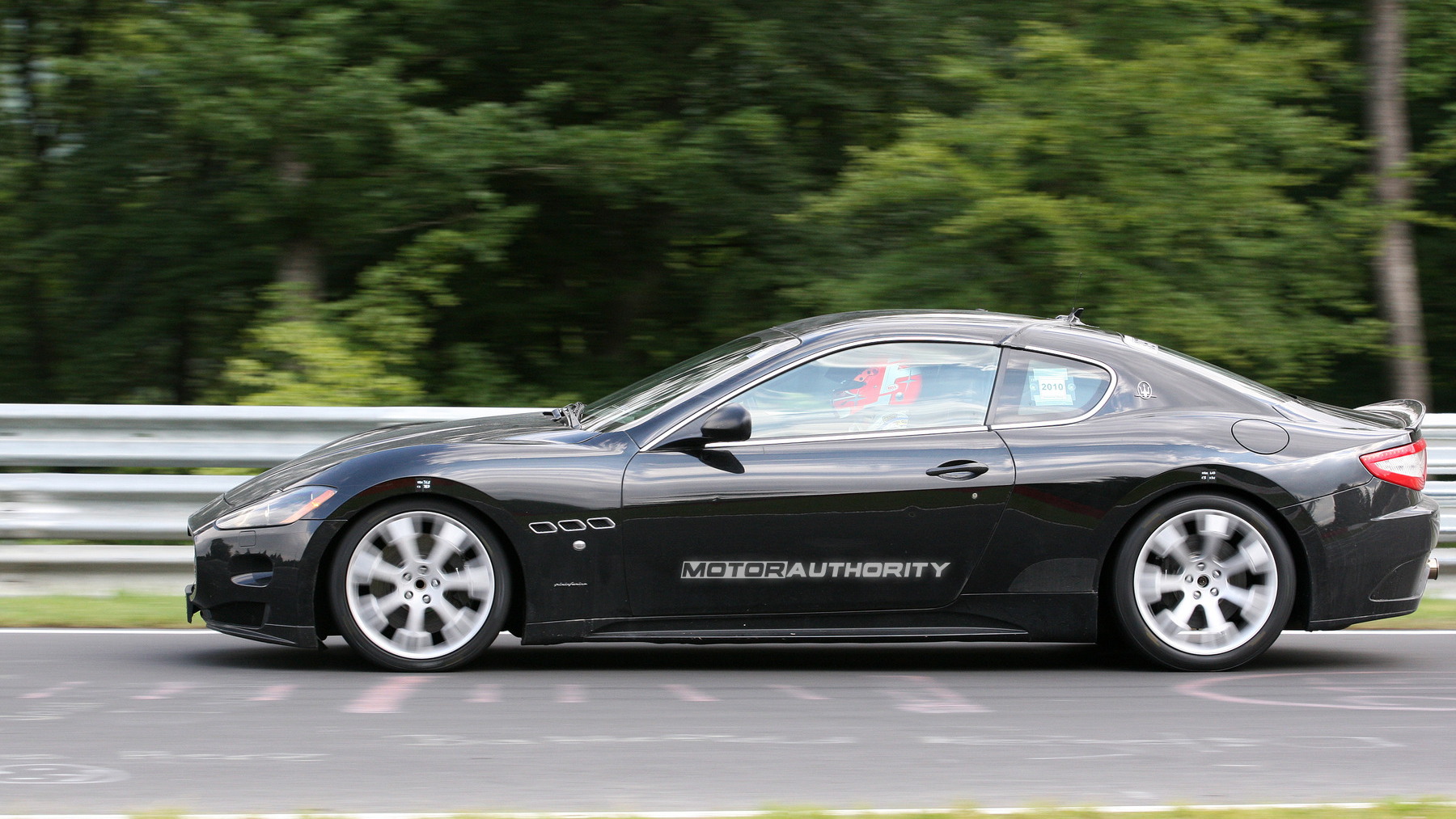 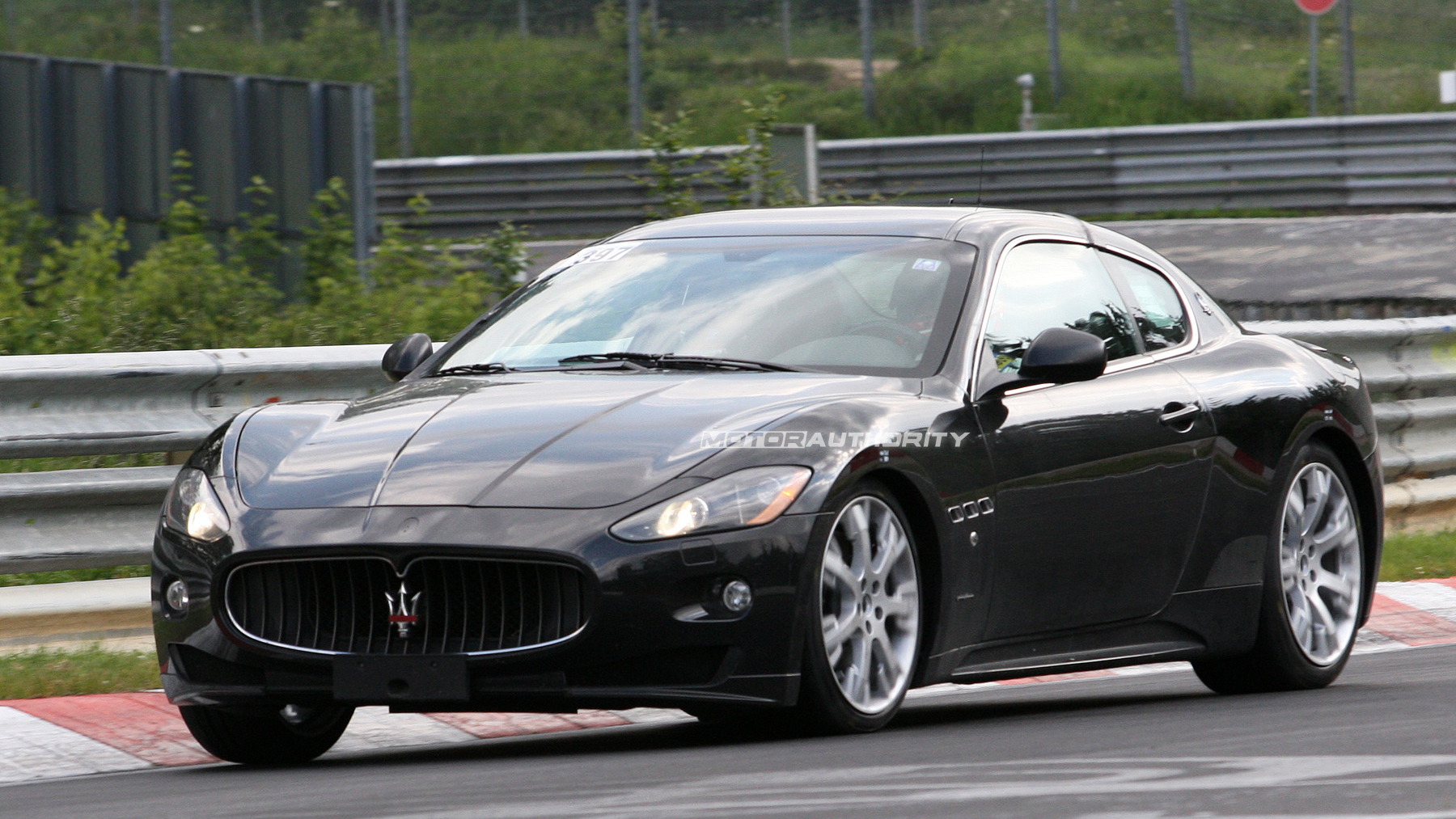 Maserati's GranTurismo coupe and convertible are, without doubt, some of the best-looking GT cars on the road. This new car, looking to the casual observer just like the tin-top GranTurismo, is, too. But look a little closer and you'll start wonder exactly what this car really is.

Our spy photographers aren't sure what the car is, nor are we--though judging by the large rear spoiler and more centrally-mounted twin exhaust pipes, this could be a mule for a more high-performance version of the GranTurismo. The standard car features quad exhaust pipes mounted more toward the corners of the rear facade, and a slightly different rear under-bumper diffuser as well.

An even higher-performance version of the GranTurismo doesn't seem quite right, at first, as the GranTurismo S already fills that role. The GranTurismo S MC Sport Line limited-edition car for the Middle East did up the ante a bit, however. But the real tell-tale signs come from the GranTurismo MC Corse GT4 race car, which features the same exhaust configuration and spoiler arrangement as the spied car, though the road-going version here doesn't have the extreme front and rear splitter/diffuser combo found on the race car. This could hint at a street-legal version of the racer, not unlike BMW's M3 GTS. We're not sure how that would sit with the honchos at fellow Fiat franchise Ferrari, but it's certainly a welcome idea to us.

The raised decklid spoiler of the spied model is uncharacteristically subtle for a race car, however, so we may simply be seeing an undisguised facelift of the car. First unveiled in 2007, the GranTurismo is due for a mild facelift, though we'd expect these minor exterior changes to be all that's coming--mechanically, the car should remain the same with the current 450-horsepower, 4.7-liter V-8 continuing to power the car's rear wheels via an automatic transmission.

We'll have to wait and see what Maserati is brewing, but whatever it is, we'll keep you posted.