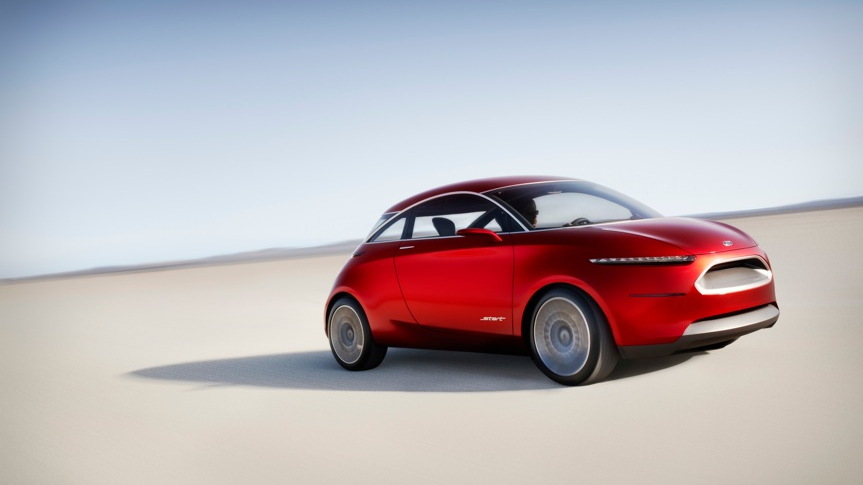 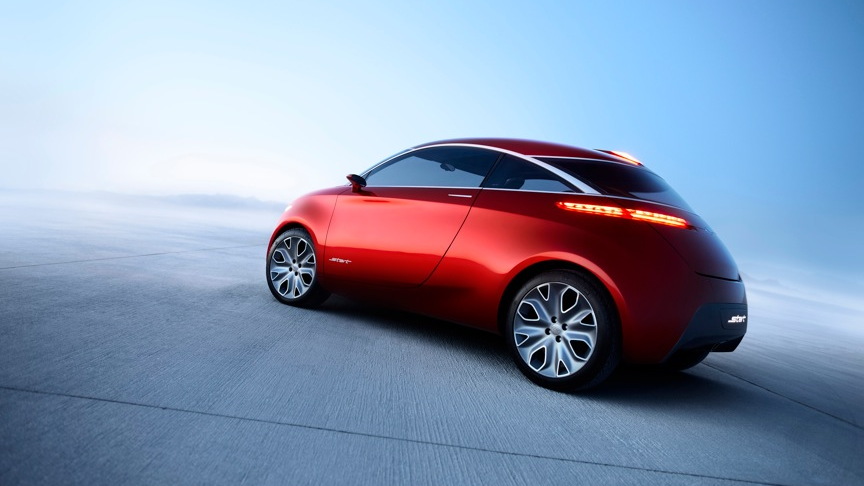 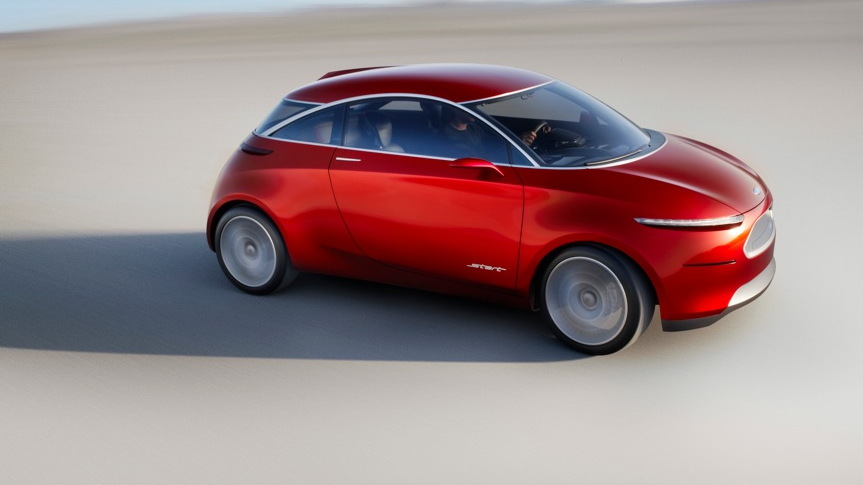 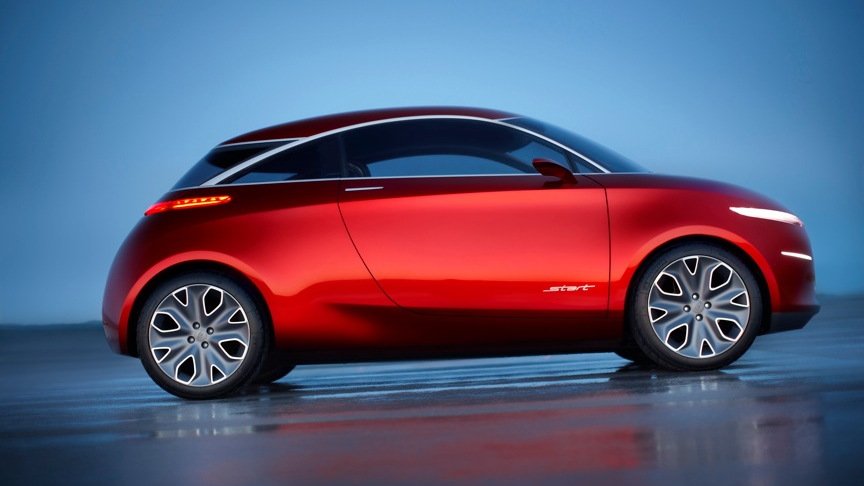 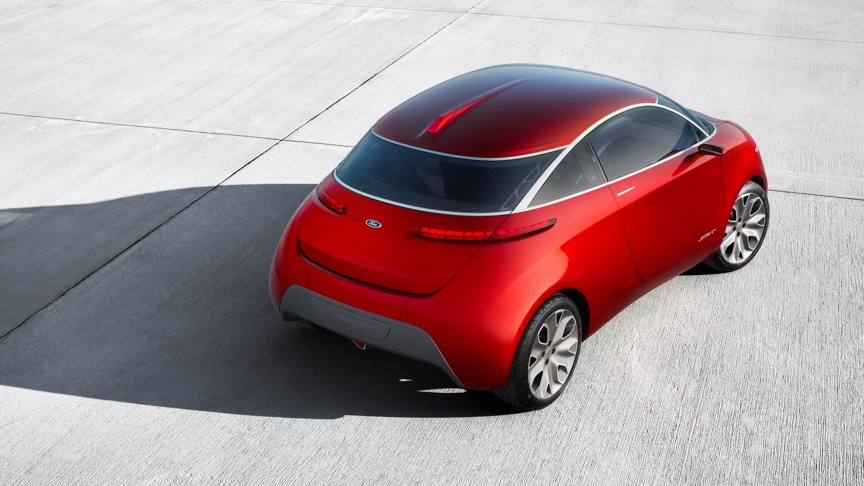 Ford looks to have the Fiat 500 in its sights with this stylish Start concept that will make its debut at the 2010 Beijing Auto Show.

The Start, with an overall length of 145 inches, is considerably shorter than the 2011 Ford Fiesta but about the same length as a 2010 MINI Cooper. Besides being a 500-fighter, it certainly looks influenced by the Ford Ka, a fashionable subcompact city car that was a hit in Europe in the late '90s especially.

With an arched window line, combined with a roof line that continues back to a rounded rear window, the Start has a unique side profile and should provide a usable backseat and reasonable cargo space. Brushed aluminum brightwork accents the roof arch as well as many of the front and rear details, and LED lighting is used extensively, with turn signals that strobe outward.

The roof panel in the Start can be removed, and custom-color seat inserts can be used to bring a personalized look inside. Overall, it's very cockpit-like, with trim and materials that wrap from the center stack around to the sides.

Topping it off inside is an interface that builds on the MyFord Touch interface that's being introduced this year. Called MyFord Mobile Concept, the system in the Start has a look like that of the screen in the iPhone or iPad but integrates controls for the climate control and vehicle diagnostics, as well as smartphone docking. The system will offer personalized apps as well.

Under the hood of the front-wheel-drive Start is a completely new engine: a 1.0-liter, aluminum-block three-cylinder that's part of the automaker's turbocharged EcoBoost engine family. Ford says that the engine, which will go into production in the near future (think Fiesta, maybe), will "provide the power and drivability comparable to a larger I4 engine while delivering a CO2 rating under 100 g/km."

Recycled composite materials--and aluminum--were used to make the Start concept's body panels, and recycled fibers are used inside. Construction will be high-strength steel and aluminum with an aluminum safety cell, and a rigid structure for the glass and roof houses the side-curtain airbags.