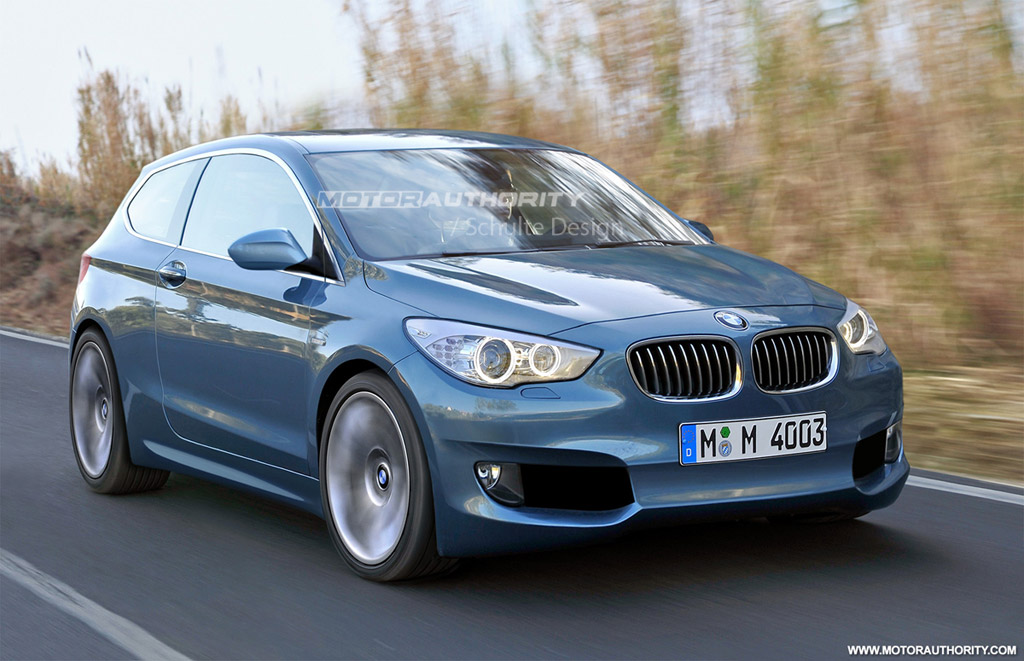 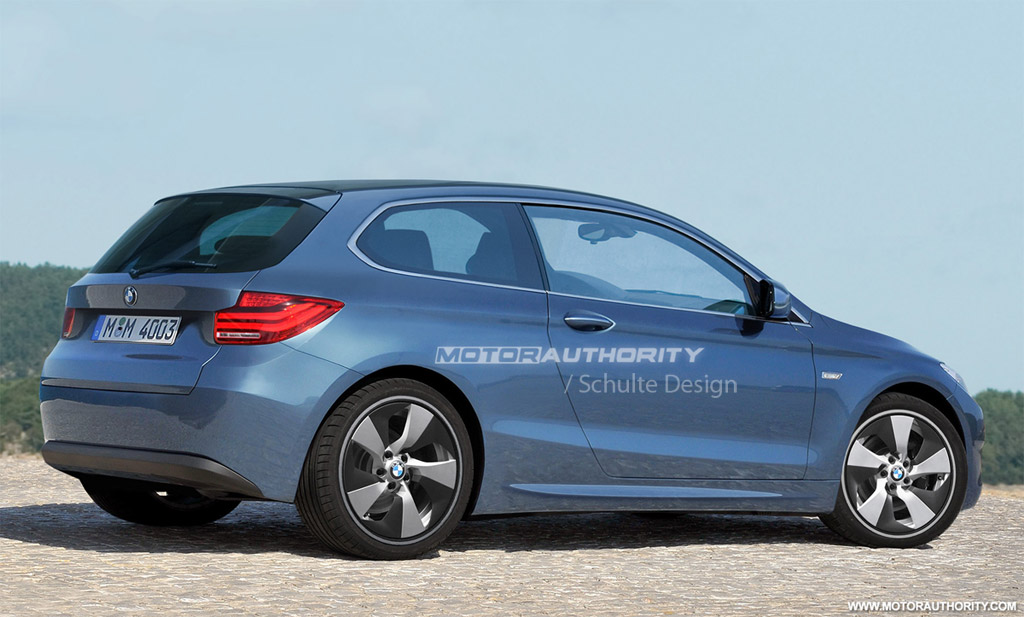 The race is on for luxury carmakers to see who can be the first to dominate the "true premium" subcompact market in the U.S., and BMW looks like it's going to be a bit late to the game. A new report out today drops a few more details on the upcoming front-wheel drive, MINI-platform-sharing new vehicle to slot below the 1-Series that we first previewed for you last month.

Previous details had come from Norbert Reithofer, BMW's chairman, so the info was ostensibly sound, outlining the bare basics of the front-drive BMW. The latest updates come from an unnamed "BMW insider," however, so they may or may not pan out in the final product. Key to the new details are its intended audience: non-BMW buyers. According to the report, the company hopes to win new customers with the front-driven car, and believes that neither MINI nor 1-Series buyers will cross-shop it. Also new are details about the car's layout: a transverse engine and gearbox to make for a spacious cabin despite the small platform, with a forward driving position and a five-door, hatchback body style.

Details on exactly what the sub-1er will look like are nebulous at best, but according to the report, we can expect a platform to be shared with the next-gen MINI Cooper, with both front- and all-wheel drive on the table. Rear-drive is also still a possibility, since the all-wheel drive layout planned would allow for a rear-only driveshaft configuration as well. Short hood and overhangs will be par for the course, and the overall look will be somewhat distinguished from the rear-drive Bimmers to help maintain identity while also hooking in new buyers for the brand.

This new small BMW isn't to be confused with the Project i Mega City Vehicle, however. That's planned to be an electric car for urban use, while the new sub-1er is expected to be something more along the lines of the Audi A1 and the recently rumored to be U.S.-bound Mercedes-Benz B-Class.

MINI will also get a car on the new platform, though the BMW version is expected to come first--perhaps as early as 2013 in Europe. No firm plans for U.S. sale are yet in the mix, but with Audi and Mercedes both looking poised to strike, BMW will likely be close behind.