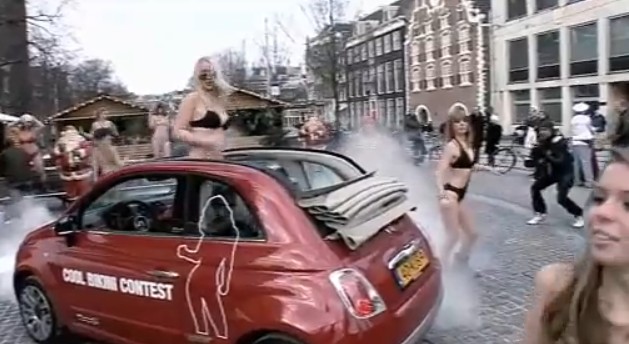 Flash mobs have been around for decades (back in the day, they were called outlaw parties), but they've only recently been co-opted for marketing campaigns. Today's example: the surprise arrival of a dozen bikini-clad dancers and a DIY samba band on a chilly square in Amsterdam to shill the Fiat 500C. We have no idea whether Fiat will wage similar campaigns when the 500 launches in the U.S., but we have to admit: we'd rather watch this than one more "Thriller" group dance.

FYI, the video's totally safe for work. The 500's the only one to drop its top.