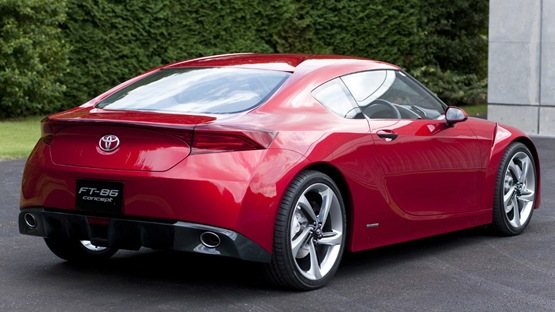 11
photos
The Toyota FT-86 concept represents for many Toyota fans a return to what made the brand great: simple, low-cost, fun-to-drive and stylish cars like the Celica, MR2 and AE86 Corolla. Somewhere along the way the fun-to-drive part, at least, was lost. But the latest reports hint that Toyota may be going all-out for their return to sports cars.

A stripped down, stiffened and big-braked version of the FT-86 could be on the table, to start as low as $22,000, according to a report extracted from EVO magazine. That would put the FT-86 track version right on par with the Hyundai Genesis Coupe R-Spec, itself a somewhat de-contented and performance-oriented inexpensive rear-driver.

The stripper FT-86 will also be promoted by participation in pro drifting competition, according to the report. That, again, is like Hyundai's promotion for the Genesis Coupe, and perhaps indicates that Toyota is aiming to go fully heads-up against the Korean competition.

So far what we know about the FT-86 is that officially it will be a 2 + 2 coupe with rear-wheel drive, a 2.0-liter naturally aspirated flat four cylinder built in cooperation with Fuji Heavy Industries/Subaru, and a six-speed manual transmission. Power output is expected to come in somewhere around the 200 horsepower mark, though without a factory turbocharger like the Hyundai Genesis Coupe R-Spec, the FT-86 may miss out on some aftermarket modification potential.

Sales of the FT-86's production counterpart are expected to start in late 2011 in Japan, followed within a few months in America. Pricing is expected to sit around $25,000 for a typical example.