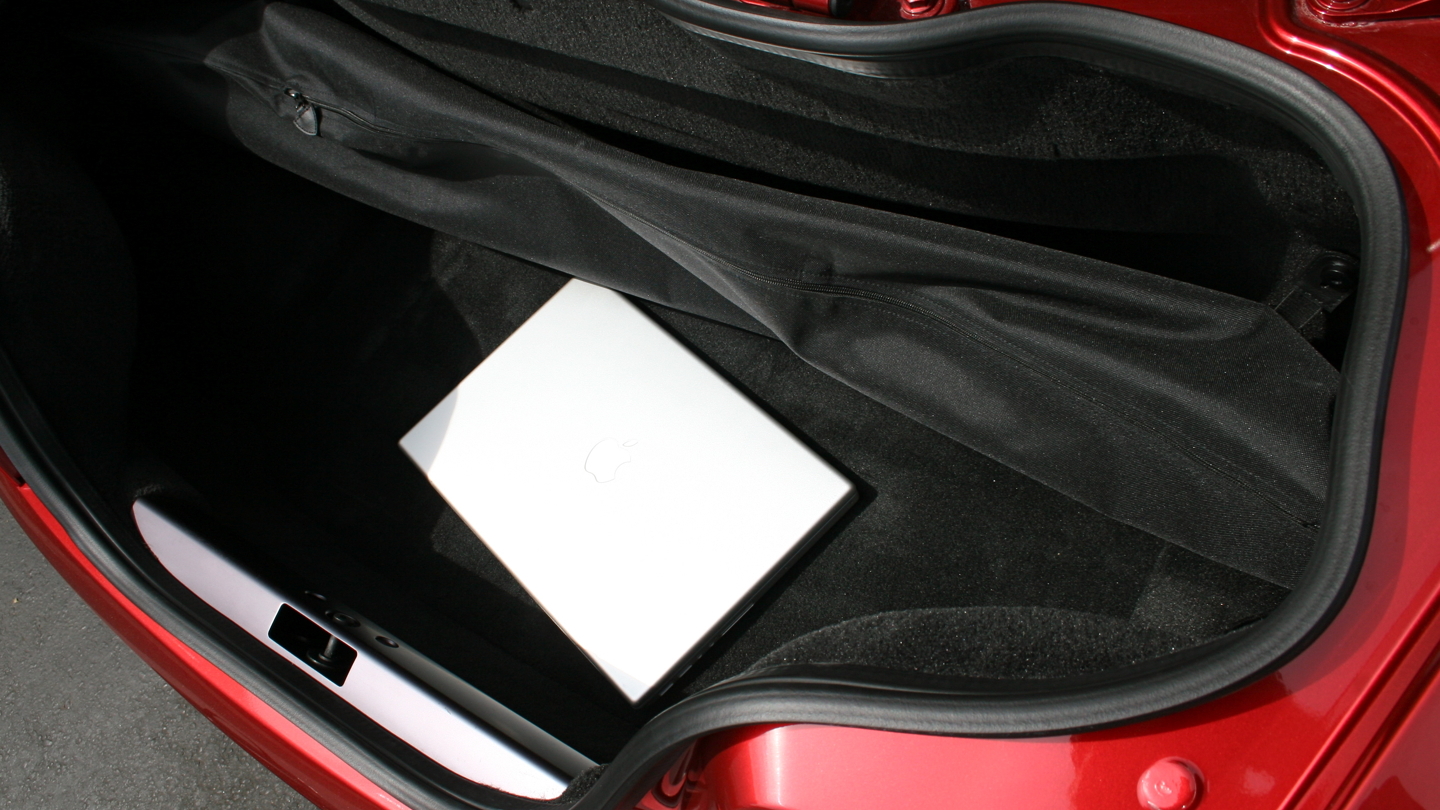 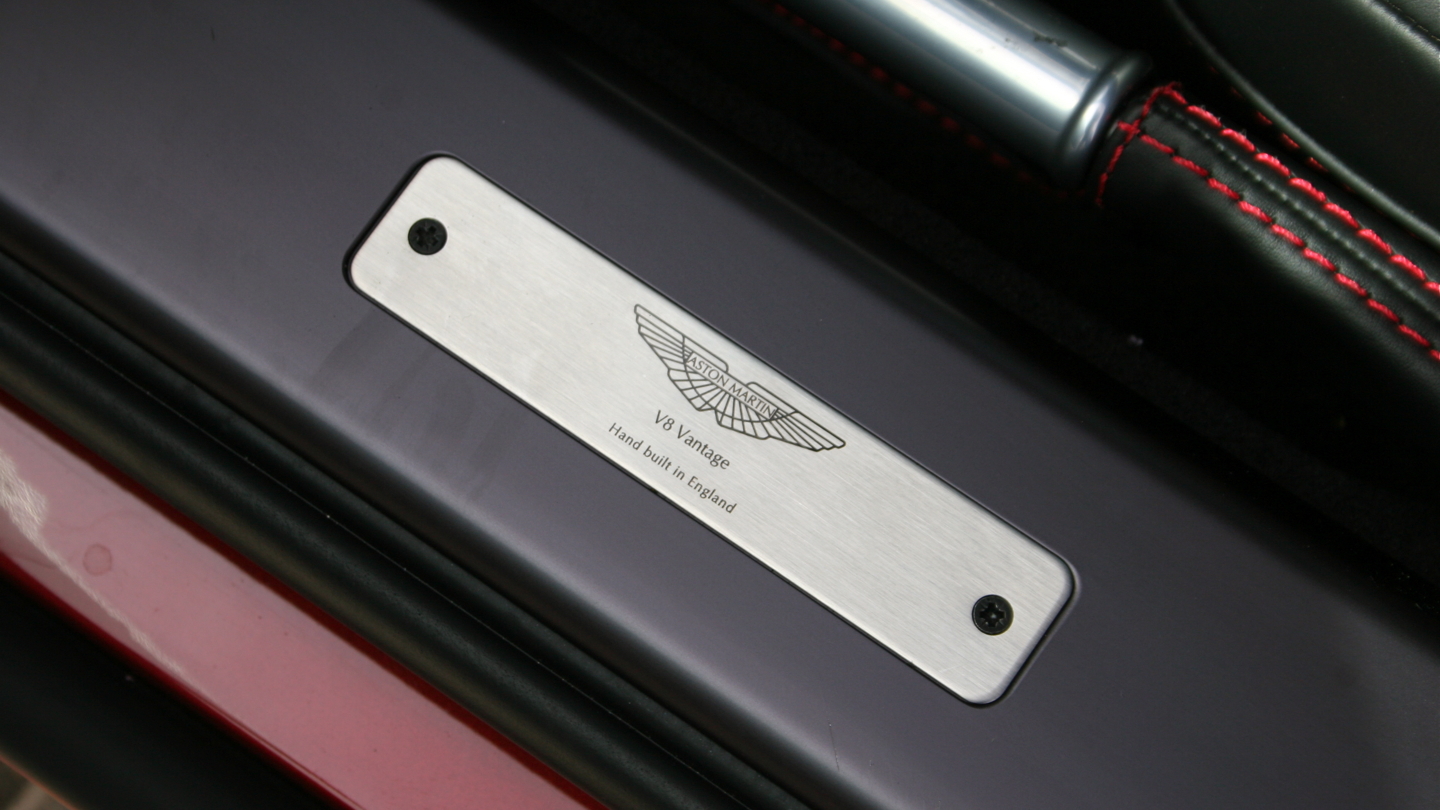 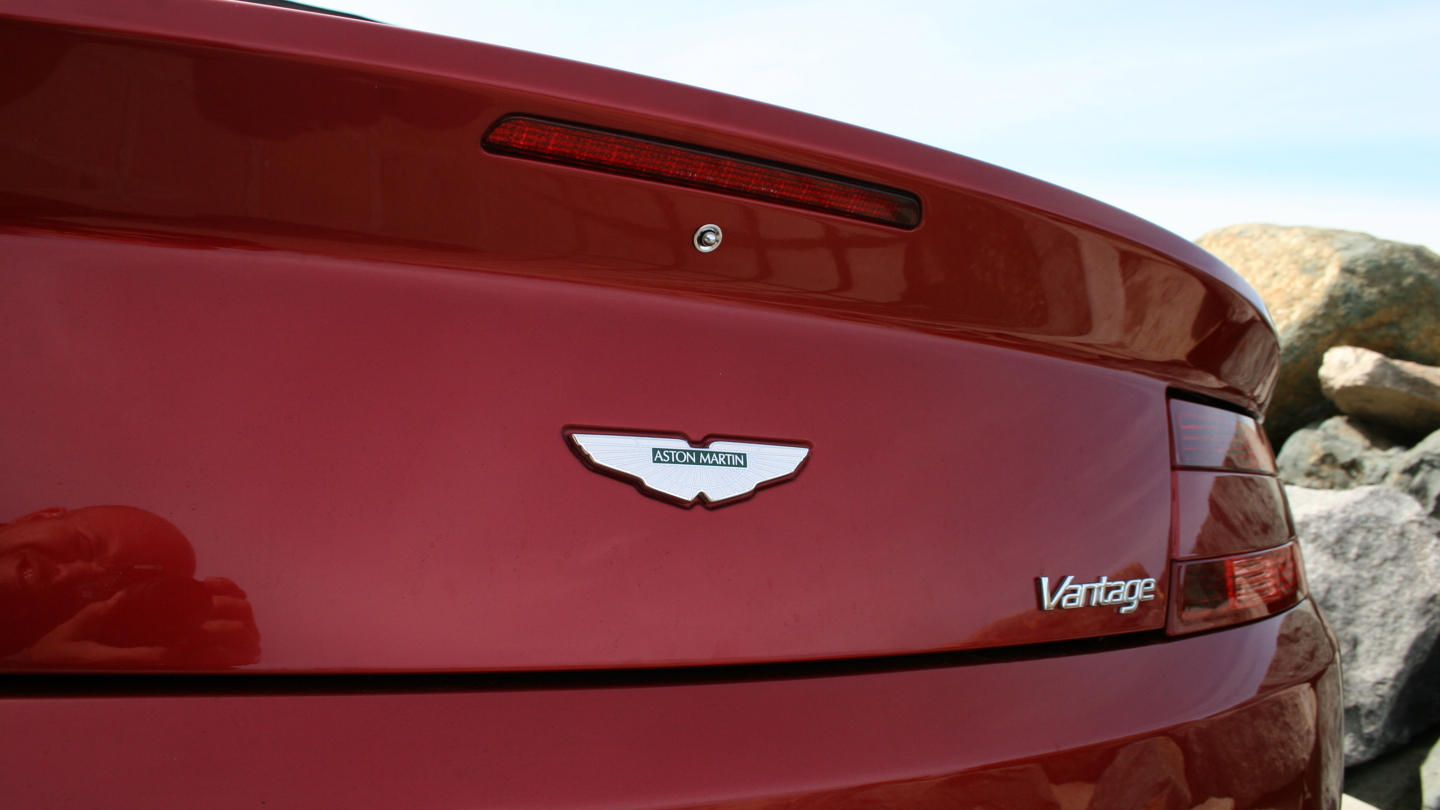 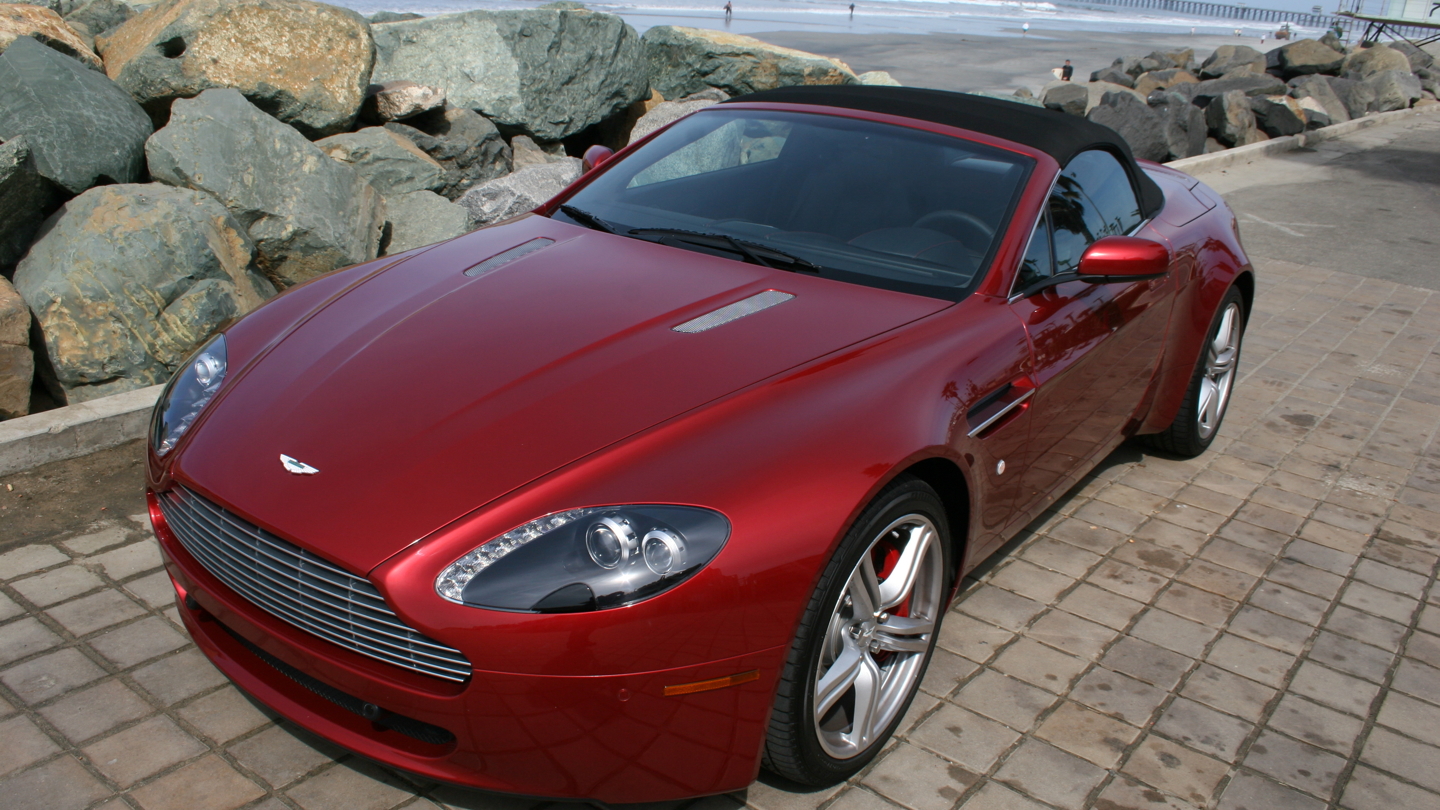 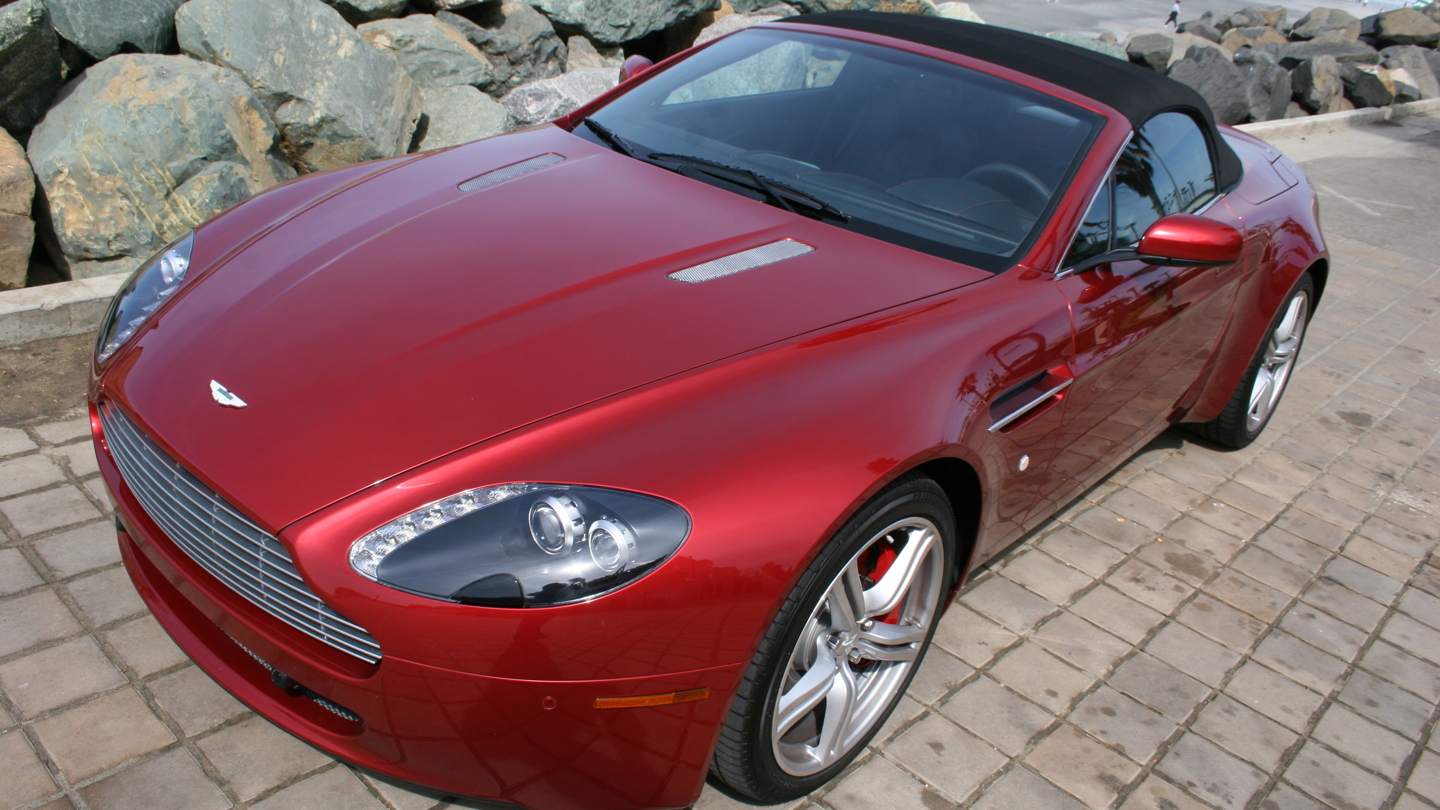 19
photos
What do you do with a supercar on the traffic-clogged streets of Los Angeles when the valet tosses you the keys to a $152,465 2009 Aston Martin Vantage?

Hint: the answer isn't "flee to Mexico" or "scratch off the VIN plate and park it at home until the insurance report's filed." The proper answer is push it as hard as you can, from canyon to coast, and flaunt it--show it off as much as possible to the Heidis and Spencers of the world who merely rent massively capable supercars like this for party weekends.

Heading south into the deepest, darkest reaches of Orange County confirmed our first impressions of the Aston's suave looks. There's not much on the road that resembles this finely drawn roadster, save for its own distant cousin, the Jaguar XKR. It's awesome to behold. If you sat a fourth-grade boy to draw a sportscar, then taught him how to use CAD/CAM (or let him teach you), you'd end up with a combination of the crisp lines and gently swelling curves of the Vantage. Striking as a coupe, it's ravishing as a roadster. And in the cabin, there's more of the intriguing mix of traditional and technical--Steinway-style piano black trim on our test car, graced with notes of aluminum and brushed metal and LED lighting.

It doesn't quite thrill the way a Porsche 911 Turbo might, but the Aston Vantage has a swift, engaging driving feel all its own. The 4.7-liter V-8 underhood has been massaged up to 420 horsepower, and it cracks off 0-60 mph times in 4.7 seconds, the company says. It's hard to imagine a Nissan GT-R being a whole second and a half faster, but it is. The Aston feels more linear delivering its power, though, and the satisfaction of rear-drive playfulness is there even after suspension modifications last year. The one aspect we'd change as soon as possible lies in the automated manual transmission--a half-step behind today's finer dual-clutch gearboxes like those from Audi and Porsche. Engaging the transmission demands a tap on dash-mounted buttons and paddles control the shifts, which are smoother than the automated manual shifters we've sampled from BMW (which is making the switch to dual-clutch designs, too).

Once you’re engaged, the Aston responds neurally: steering is sharp in either the Comfort or Sport modes, and it’s easy to make smooth transitions in corners and through lanes. Botts Dots feel like those Sharper Image personal-massage units when you select Sport mode, in the most comfortable sense. The Vantage is glued, and transitions in lanes and curves feel seamless. Braking is smooth and deep. Even so, this is like so many cars, best exercised on a privateer track and not the 101 barreling south toward San Diego.

It’s a sumptuous life inside the Aston Vantage cabin. With either Coupe or Convertible, the stout bonded-aluminum body yields a good amount of passenger room for two—though luggage and in-car storage is minimal. Leather swaddles the interior, where foot room and head room are par for the class. Seat comfort is above the average, though the lumbar placement is a bit high. Trunk space is minimal—a couple of weekend bags are about its limit—and interior storage behind the seats could fit a few magazines or atlases at most. Cowl shake is minimal, but the rearview mirror vibrates along with the premium audio’s bass output. Stunning interior materials start with the heft of the console lid and the LED lighting on the glovebox button and contribute to a strong quality feel. Optional piano-black trim has the gloss of a Steinway, the chrome buttons are cool to the touch, gauges are trimmed in polished and textured metal, and available red stitching lends a hip, high-tech feel to the cabin that’s utterly modern.

With a long list of standard features, the Aston Vantage leaves plenty of leeway for customization. The Roadster we tested sported a base price of $134,800 and paid a gas-guzzler tax of $1,700. The base Coupe is priced from $119,000. Standard features include power leather seating; a 160-watt audio system with a six-CD/MP3 player and integrated iPod connector and USB; and automatic climate control. Options on the test car included a Bluetooth kit that paired more quickly than any car we've tested; a navigation system that’s not easy to use with the controls provided; satellite radio; and memory and heated seats. A 700-watt audio system is available, though steering-wheel controls for it are not and would be a useful upgrade. With those options and custom trim, the Vantage tested here came to a total of $152,465.

It's lush with panache and power. And even if the 2009 Aston Martin Vantage is not quite the performance equal of cheaper machines, the distinction hits with that word: cheaper. There's nothing in the Vantage that feels or behaves in a less civilized way, and for grand touring in California traffic or in any road less traveled, it's a pretty glorious way to go.