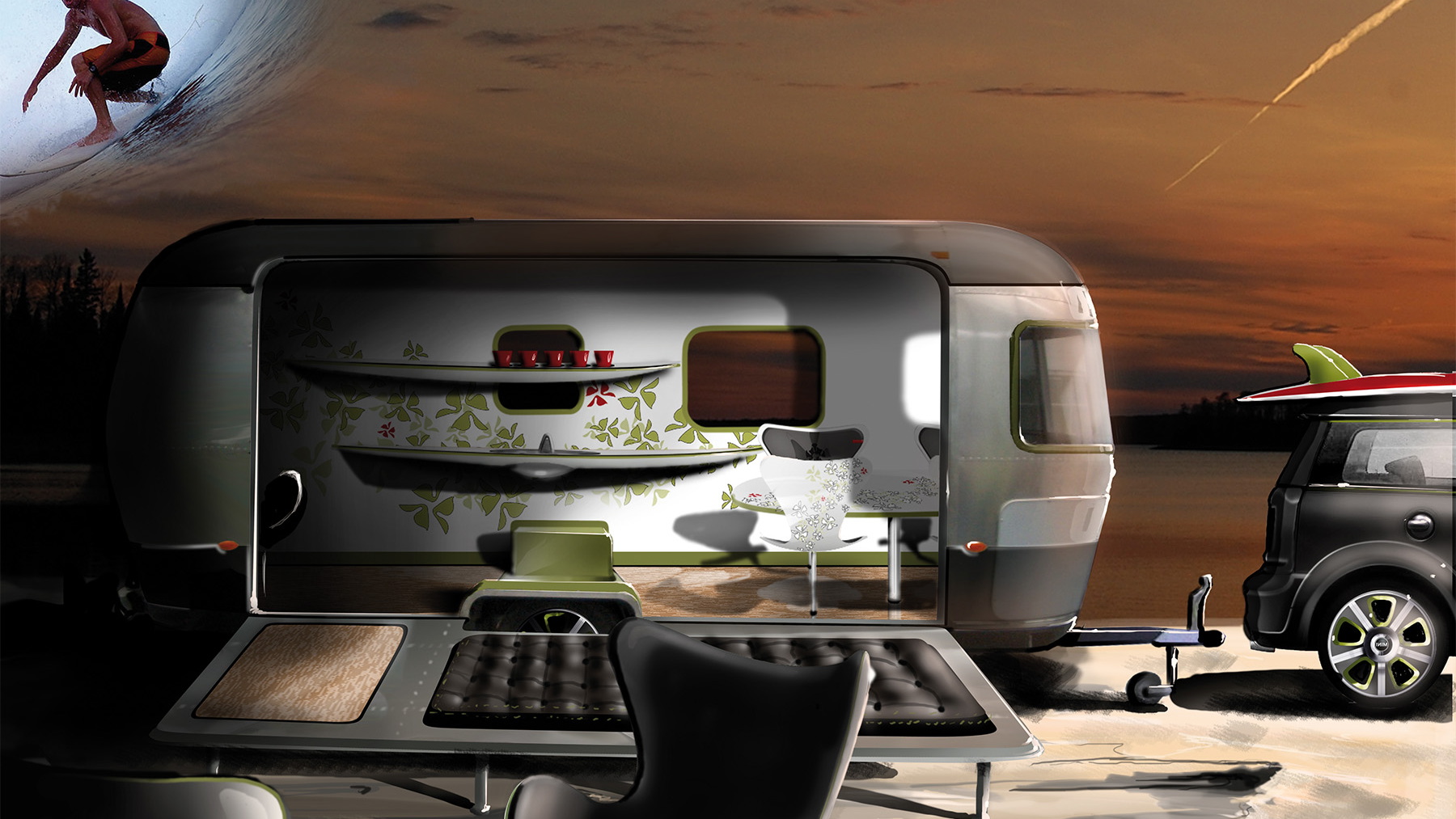 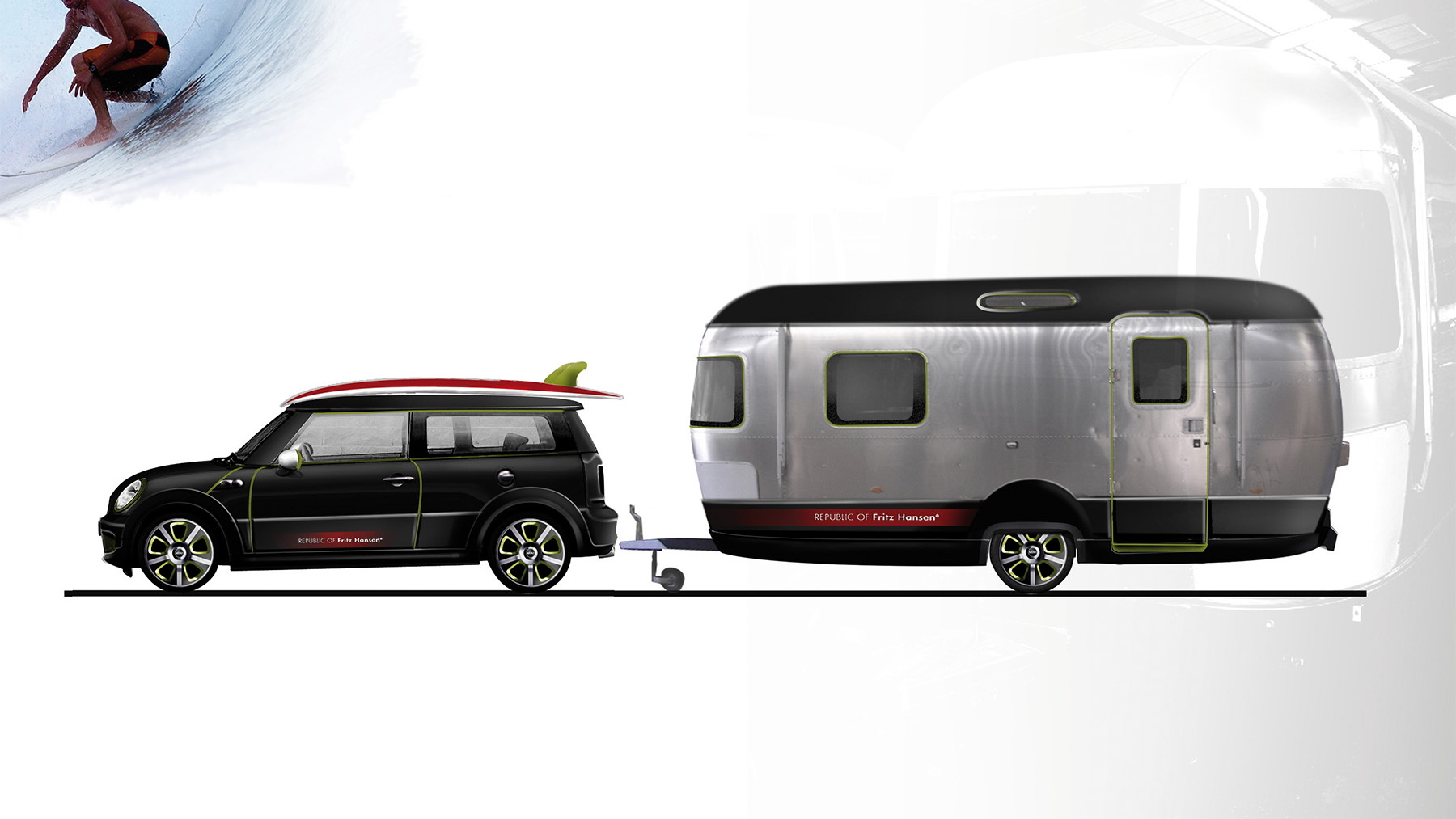 2
photos
What do you get when you combine a MINI Cooper S Clubman with a renowned furniture design company? An Airstream trailer concept, of course. Well, maybe the result isn't so obvious, but that's exactly what will be on display at the Salone del Mobile in Milan this April.

The Republic of Fritz Hansen is known for its minimalist design and functional construction, so the adaptation of an Airstream trailer really isn't as obtuse a concept as it might seem. Mobility plus furniture equals recreational vehicle, and the Airstream has always been at the top of the style heap in the field of recreational trailers.

The concept trailer features a surfing and watersports-inspired theme, with custom furniture and design. To make the concept a coherent package, the MINI Cooper S Clubman also gets the same design theme, with neoprene inserts in the upholstery and other waterproof touches. A daybed in the back lets the owner sunbathe in style.

Don't expect volume production of this particular concept, though it is an interesting idea, demonstrating you don't always need a four-ton tow vehicle to have some mobile outdoor fun.