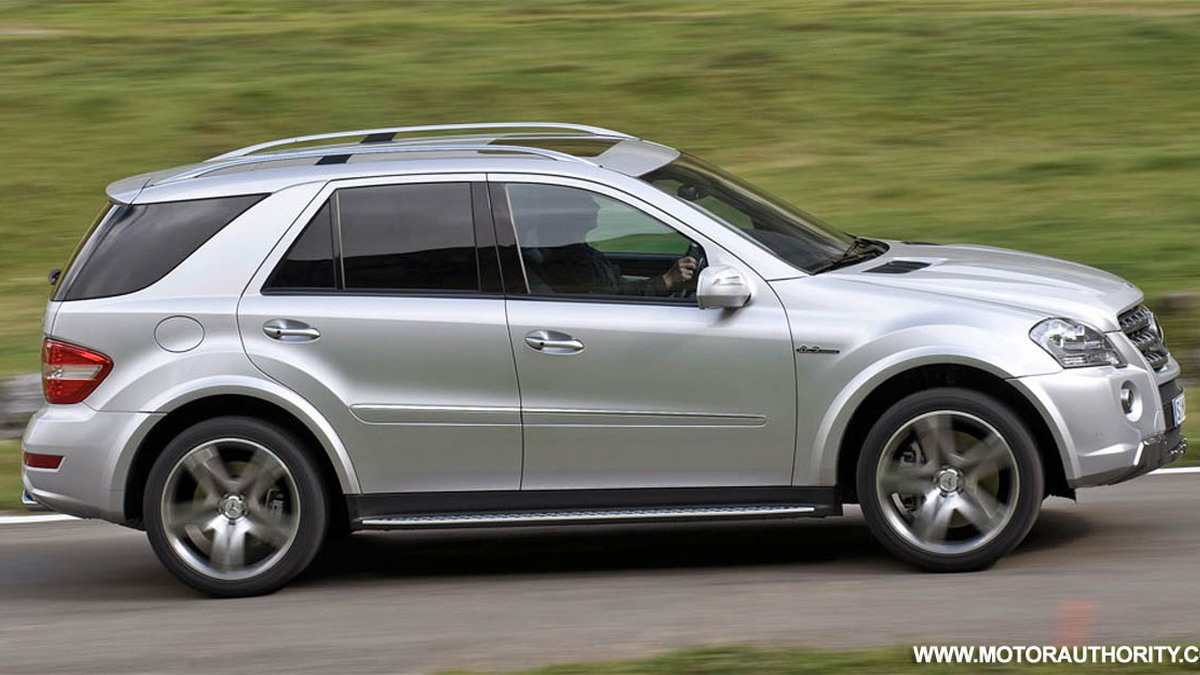 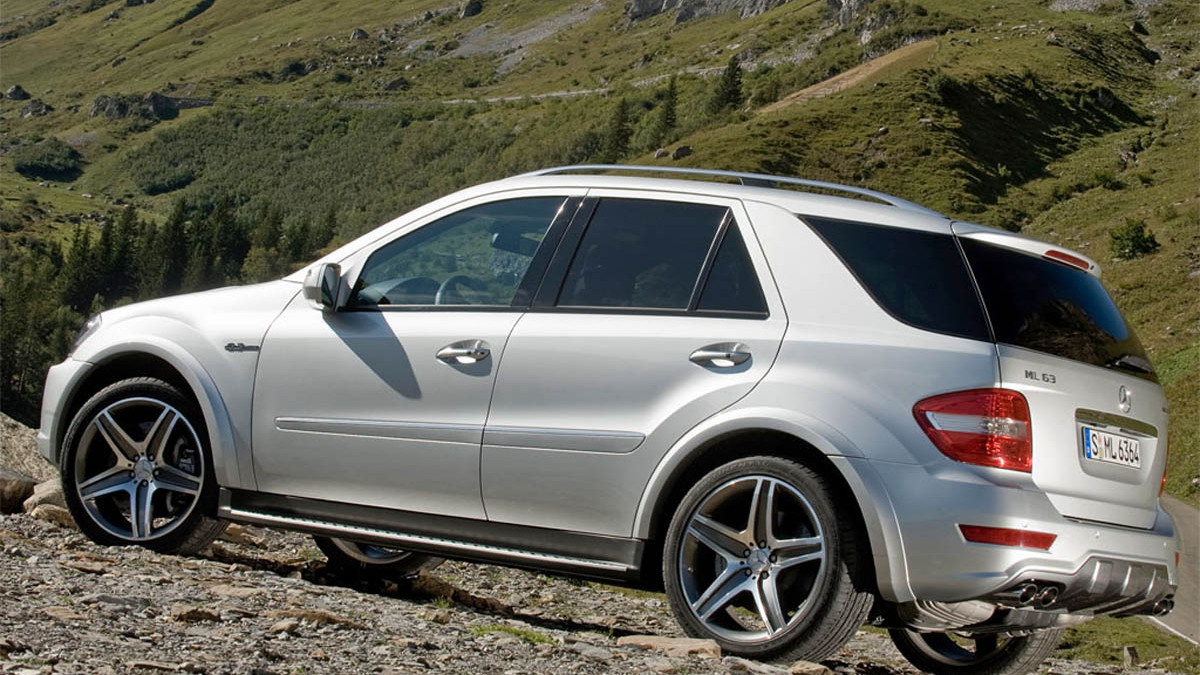 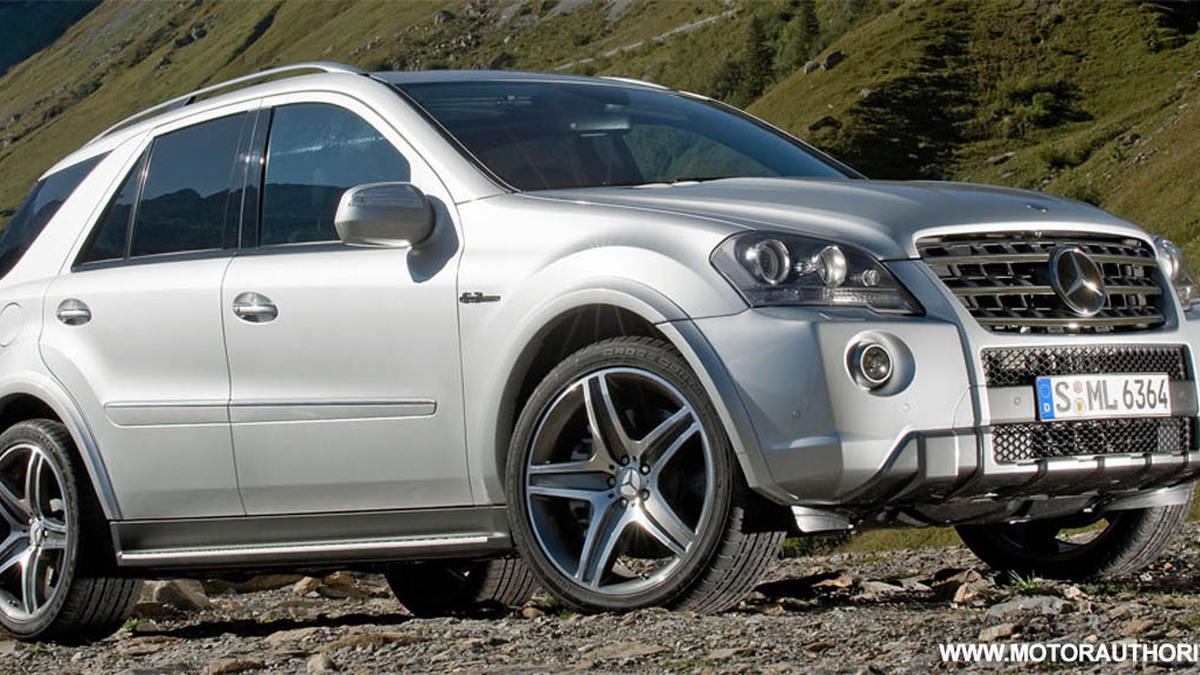 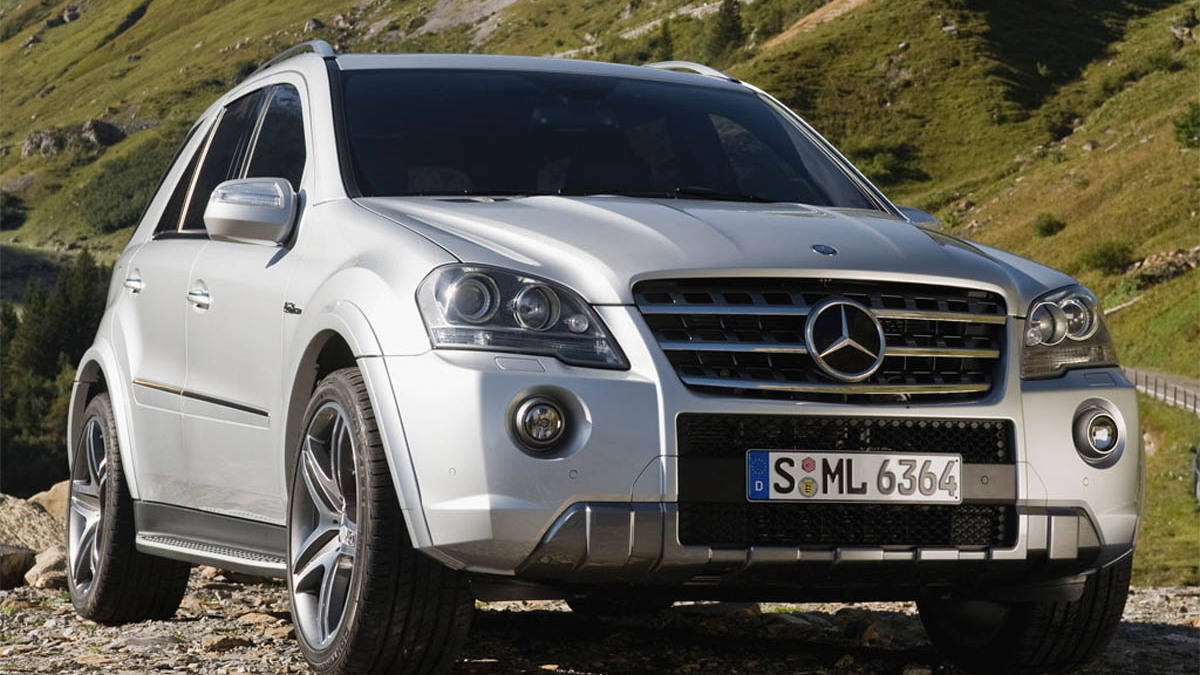 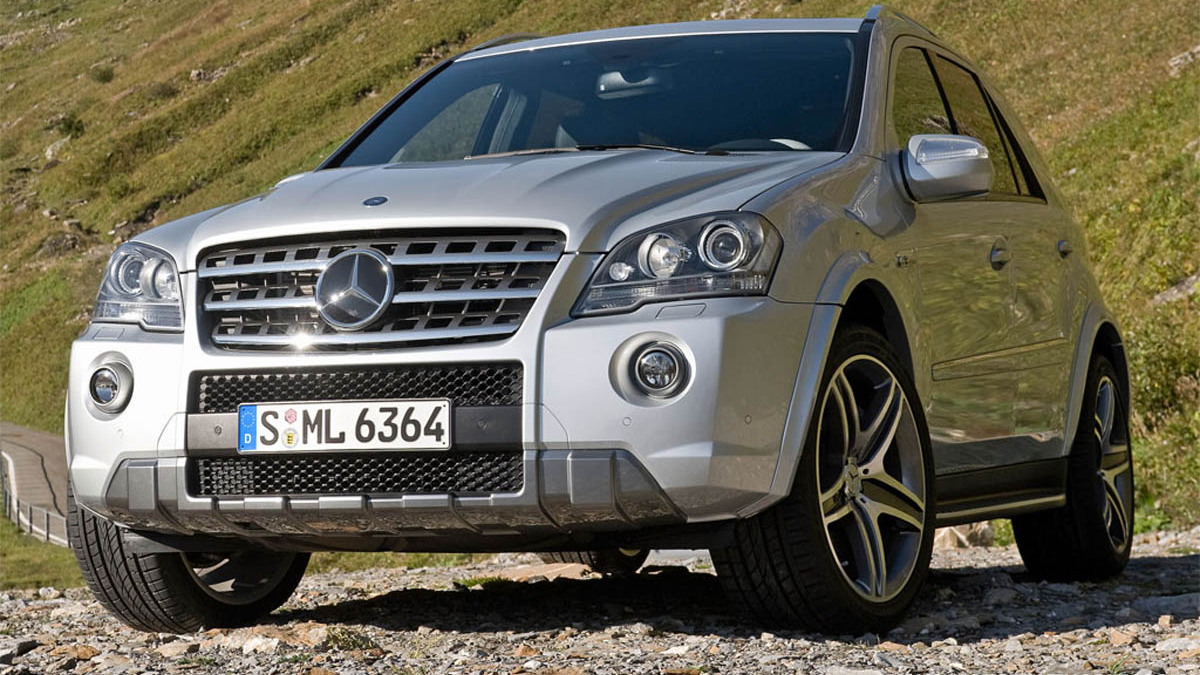 34
photos
In a sort of counter-stroke to the modified vehicle extravaganza that is the SEMA show, Mercedes has announced two special editions of its ML63 AMG SUV. The 10th Anniversary model celebrates 10 years of AMG SUVs, while the Performance Studio edition exhibits what the in-house AMG customizers at the Performance Studio in Affalterbach can do for customer vehicles.

The ML55 AMG was the first high-performance treatment of a Mercedes SUV, and over its tenure the model sold over 11,000 copies. Its replacement, the ML63 AMG, builds on that legacy with an even more powerful and capable vehicle. Key modifications to the 10th Anniversary model include a new front bumper design, a new 'power dome' hood, 21" AMG alloy wheels, and inside, two-tone nappa leather upholstery. Available in two interior color combinations - black/alpaca grey or black/beige - to complement the Himalaya grey exterior, the interior also gets custom AMG sports seats with multi-contour adjustments and built-in heating.

The Performance Studio ML63 AMG, on the other hand, is exhibition of the custom options available directly from the factory on the ML63 AMG. This particular example bears an exterior in a shade called 'metallic Peridot brown' plus a set of 21" high-sheen double-spoke alloy wheels painted in the same color as the SUV. High-gloss chrome trim accents the car's lines. Inside, the custom touches continue with nappa leather stitched with a diamond design covering the front and rear seats and the door linings. Accenting the 'porcelain' colored leather is a range of charcoal alcantara and black leather accents. Piano black wood trim and leather-trimmed black floormats round out the treatment.

The 10th Anniversary model will be available for pre-order starting in Q1 2009, while the custom elements of the Performance Studio edition can be had for order on any ML63 AMG. Other custom elements that can be ordered include custom suspensions, brake systems, wheel and tire combinations, and complete interiors, all carried out by the experts at the Affalterbach AMG Performance Studio.