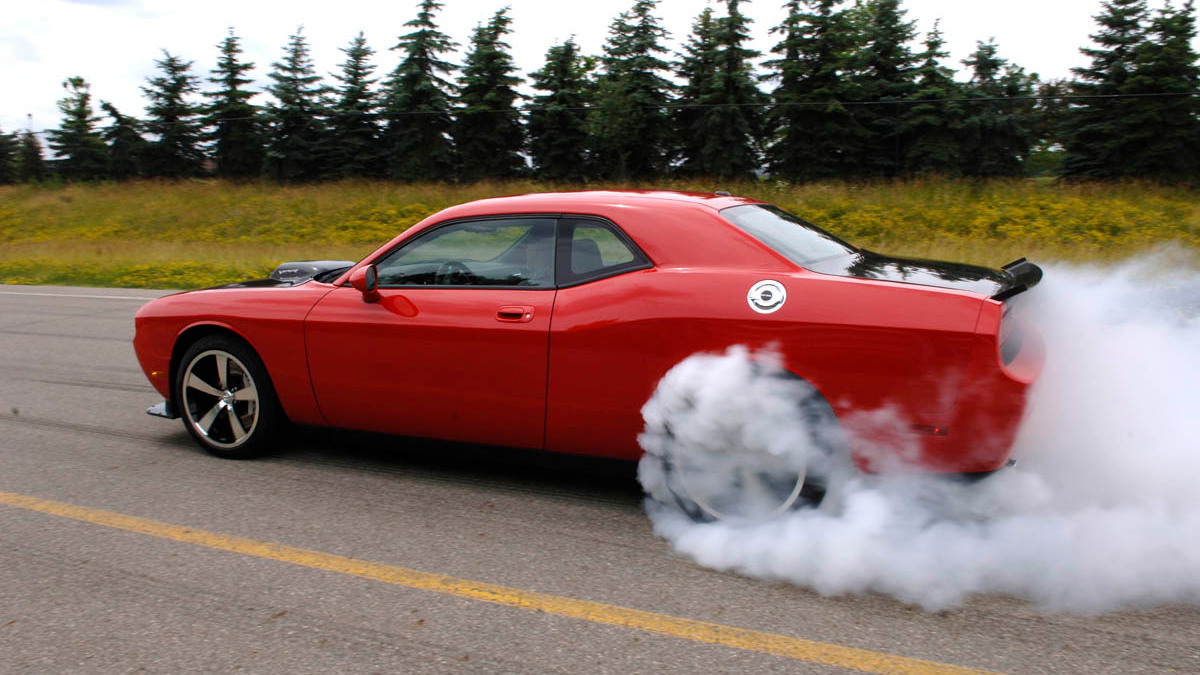 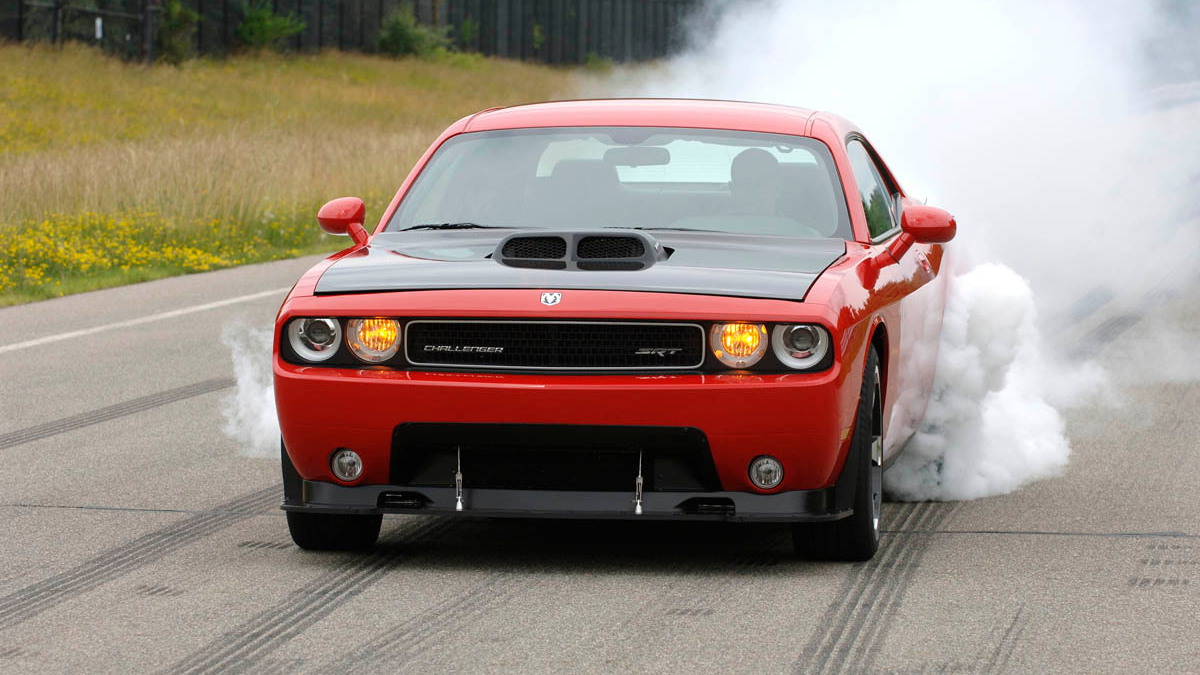 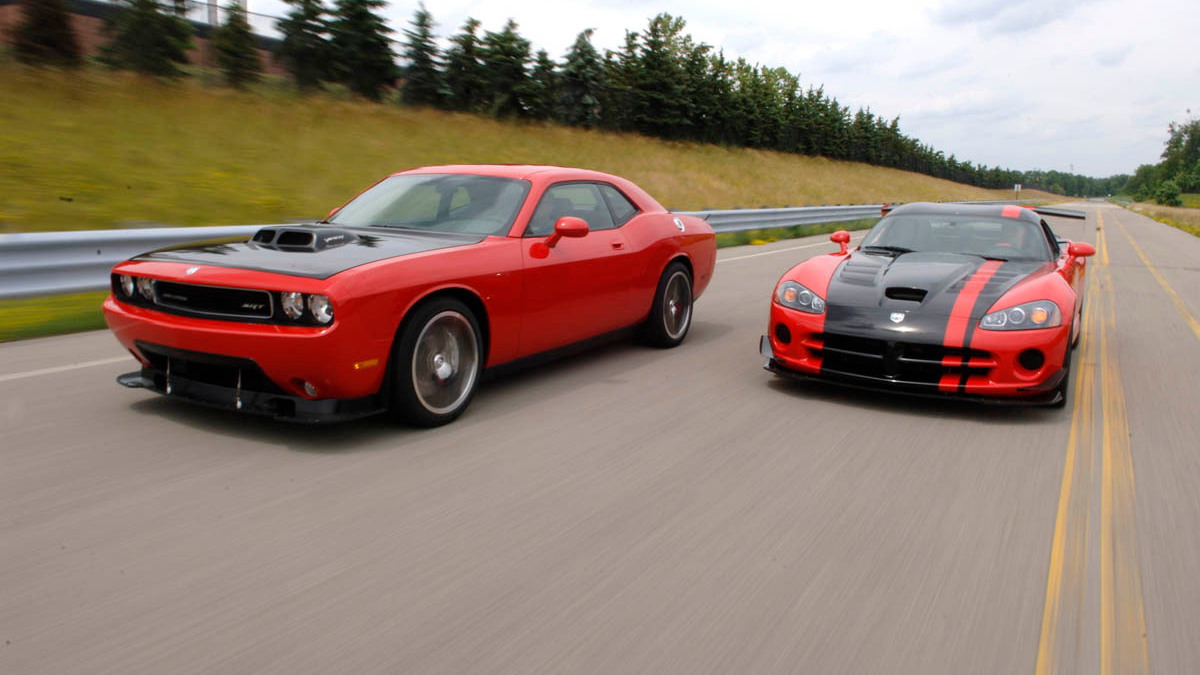 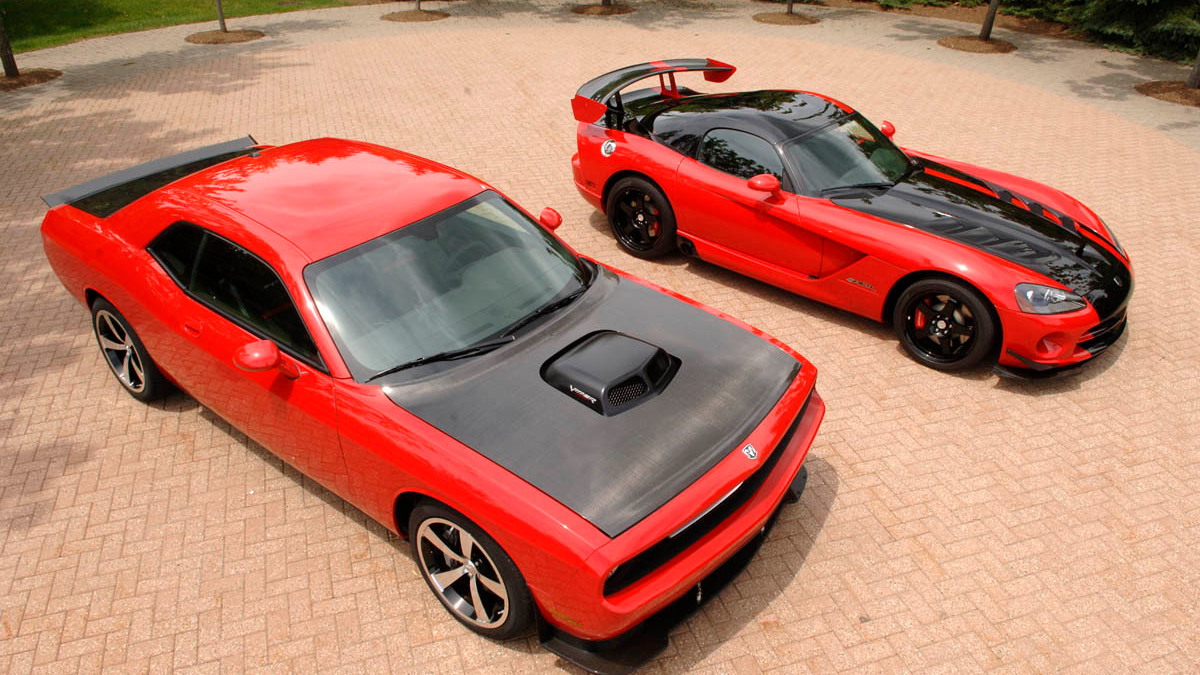 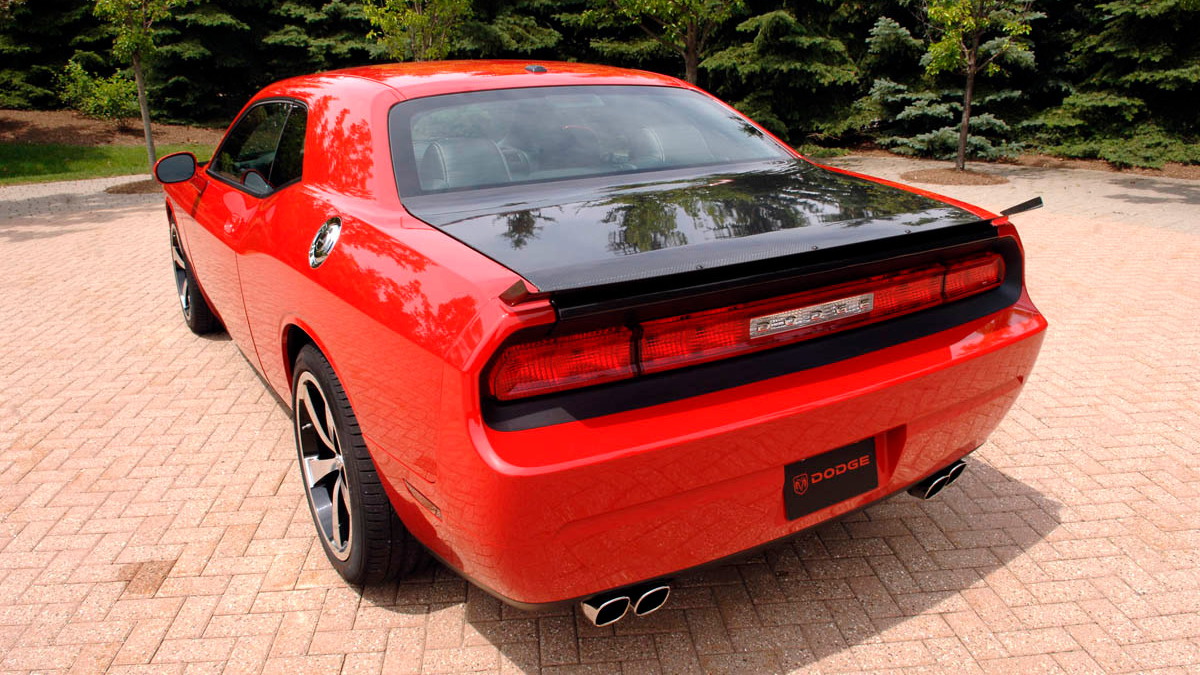 16
photos
Raring up for the 2008 SEMA show, where a handful of tuners will offer their interpretations of the Challenger, Dodge has let the covers slip from its own 2009 Challenger SRT10 Concept. Rather than taking the supercharging route that most of the tuners have been going with for the Challenger, Dodge decided to leverage its Viper division for a one-of-a-kind vehicle.

Powered by an 8.4L all-aluminum V10 engine rated at 600hp (447kW) and 560lb-ft (758Nm) of torque, the Challenger SRT10 Concept also gets a Tornado Red paint job and a carbon fiber trunk lid. Bilstein shocks improve handling while upgraded brakes help bring the big car to rest from speed. Inside, the car gets a sampling of carbon fiber accents and, like the Viper, a red push-button engine starter mounted in the dash.

In a nod to the classic 1970 HEMI Cuda, the Dodge Challenger SRT10 Concept wears a 'shaker' style hood, though this modern version is made entirely from carbon fiber to save weight.

Two more SEMA Challenger concepts will also be hitting the show floor: the Blacktop and the Targa. While not exactly new, the Challenger Targa is a full-blown race car that took to the twists and turns of the Targa Newfoundland this year. Nicknamed 'Samantha', the green Challenger features a 392 Hemi V8 rated at 540hp (402kW) and 490lb-ft (663Nm) of torque. A Mopar-developed chin-spoiler helps keep the front end planted at speed, while a unique hood feeds air to the big V8. A Tremec six-speed manual, revised rear-end gearing and upgraded Stop-Tech brakes round out the Targa package.

The Blacktop is revealed only as a sketch thus far, hinting at a black-on-black race-inspired Challenger that also takes the best from the tuner world to heart. With massive 22" Dodge Viper wheels and a custom Mopar body kit, the car is sure to get noticed on the street. A special cat-back dual exhaust and revised suspension tuning mean the car will sound and steer like it looks as well. The interior has been enhanced with Katzkin leather seating finished in bright red plus a Mopar Kicker audio system for premium sound.

Some of the other modified Challengers debuted recently, many of which are headed to SEMA, include the the Mr. Norm 'Super' Challenger and Cuda and a special-edition 500hp Hurst Challenger.