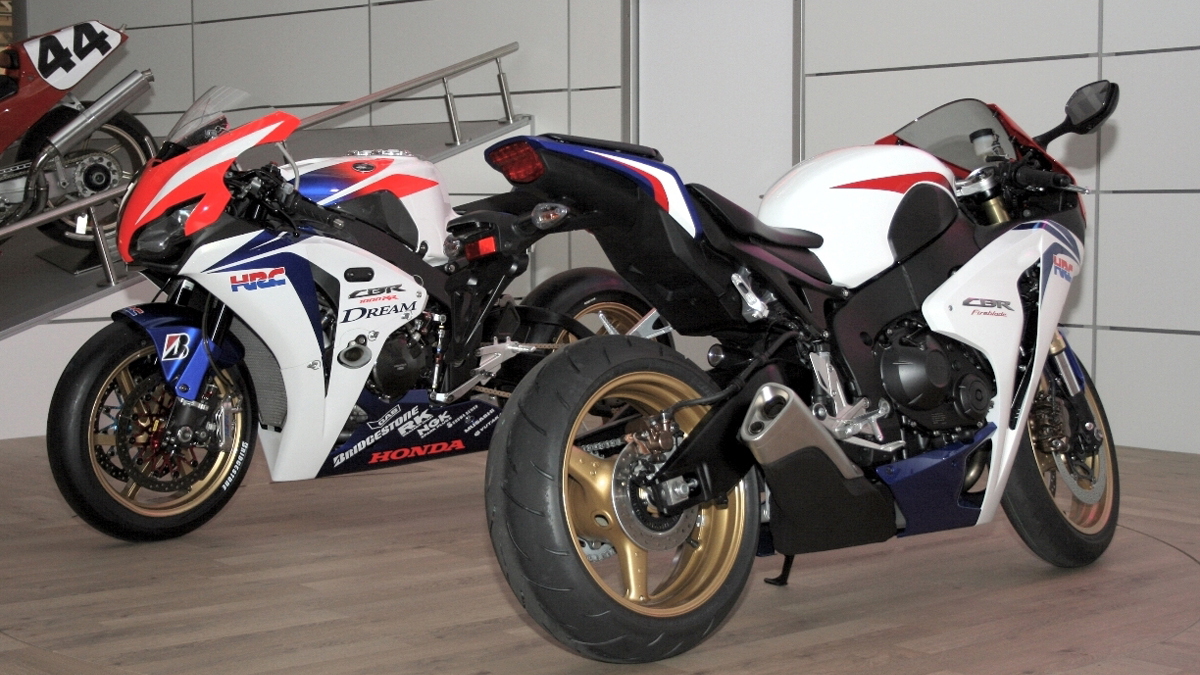 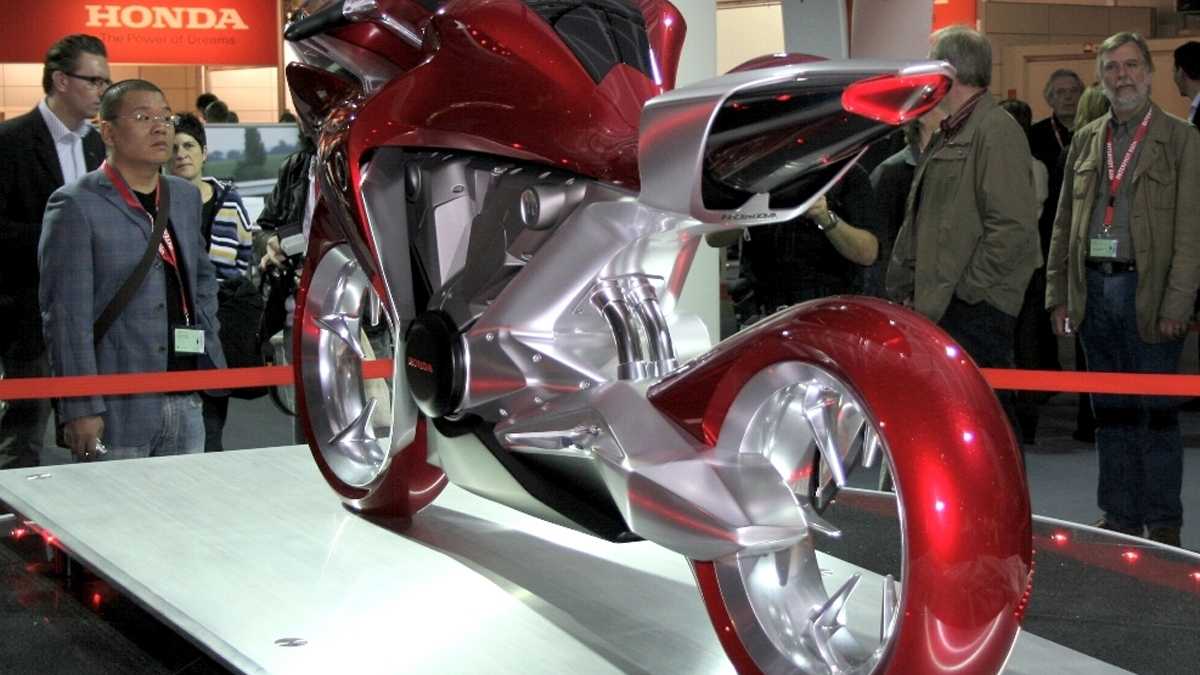 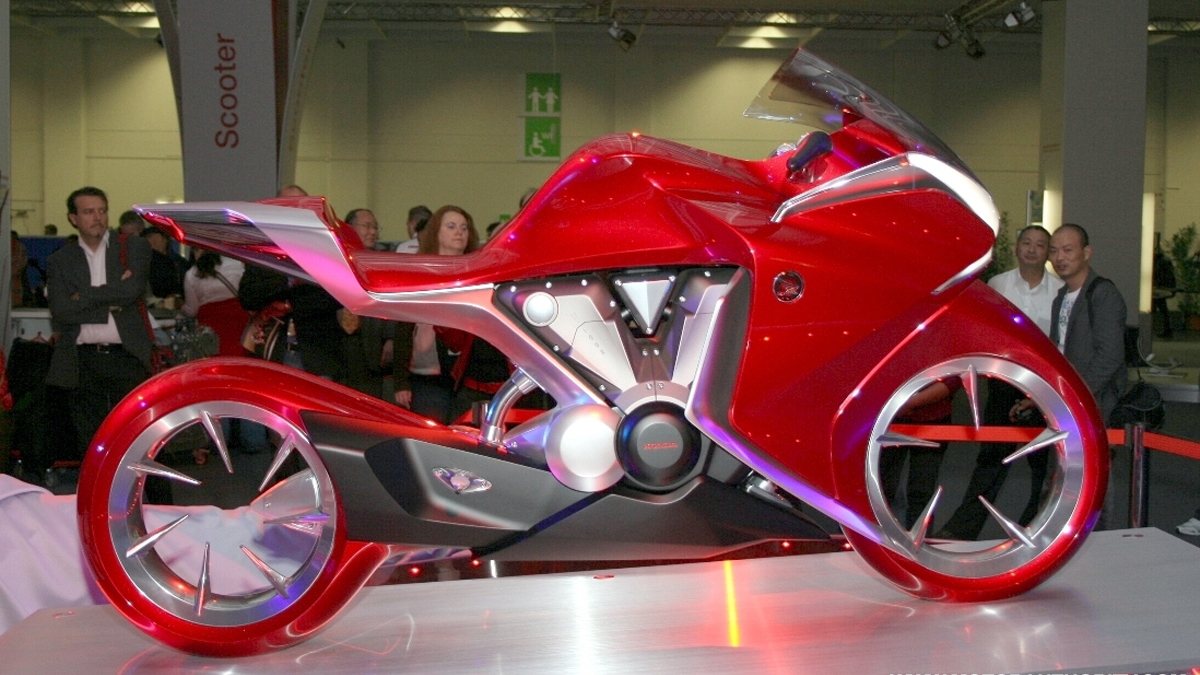 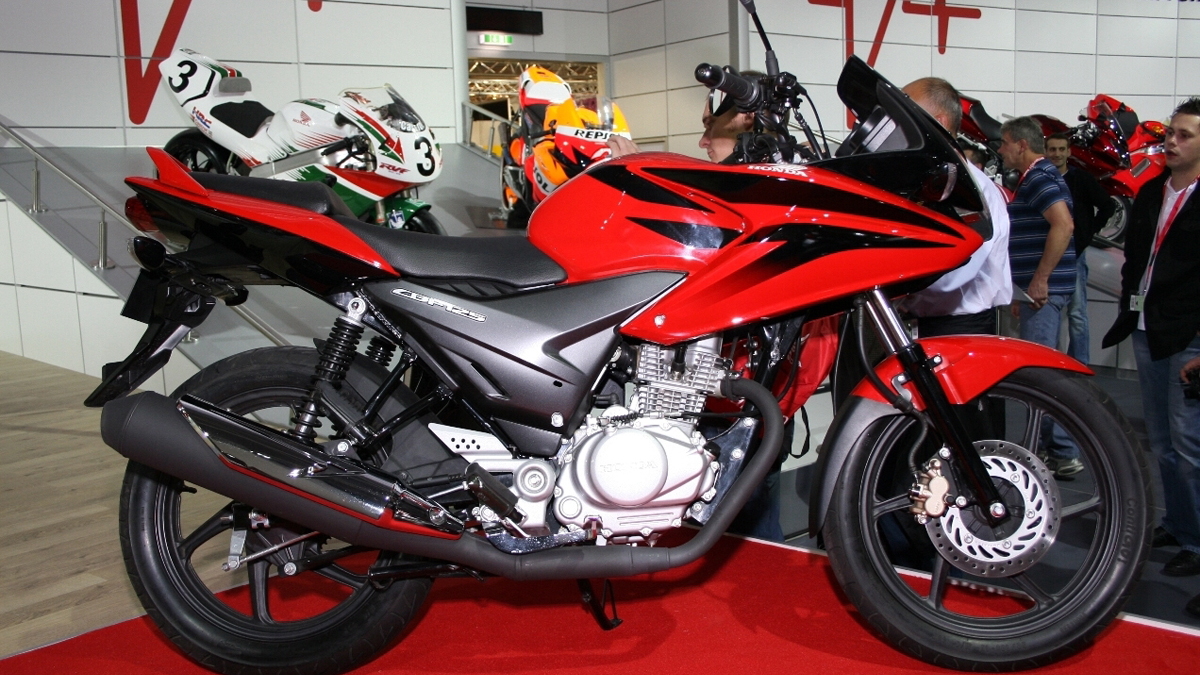 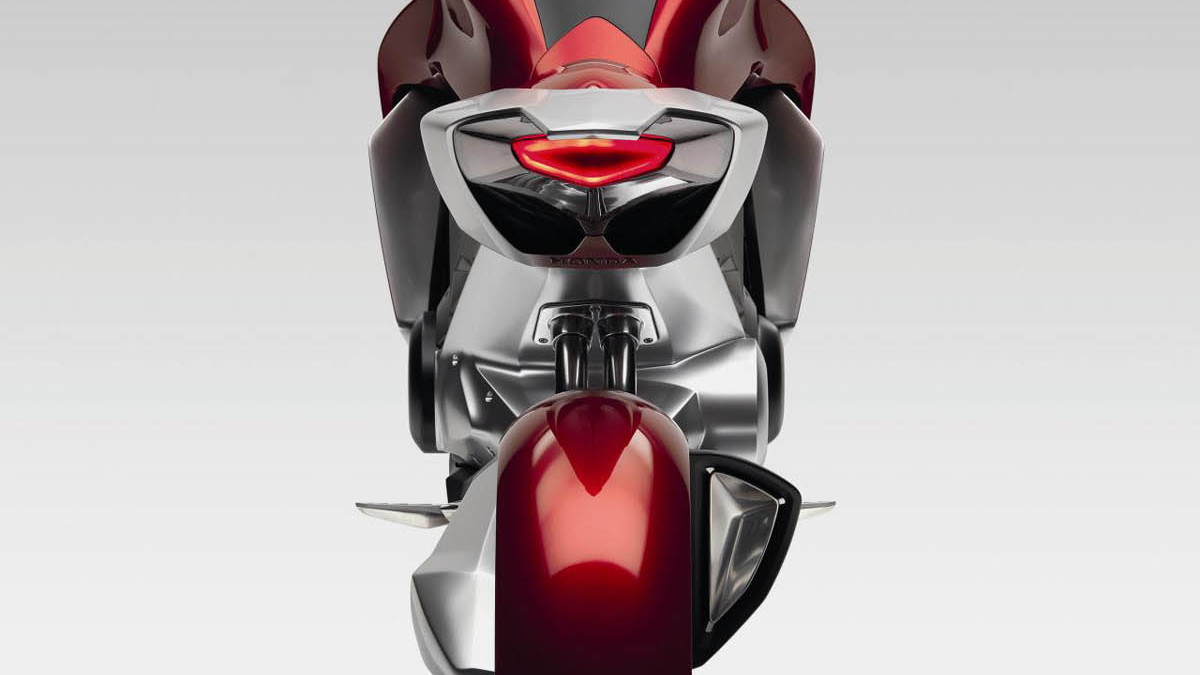 11
photos
The Intermot, or Cologne Motorcycle Show, is being held this week and Honda has taken the opportunity to display a conceptual motorcycle. Dubbed the V4 after its innovative engine configuration, the bike is more of a design study than anything else - a highly stylized and non-functional sculpture of the direction the next generation of Honda's bike line.

Neither the wheels and tires nor the engine are functional or - strictly speaking - even present, though they are hinted at by the forms of the V4 Concept's lines. The intended powerplant is an all-new iteration of Honda's legendary four-cylinder V-engine constructed with oval pistons.

Several other motorcycles are on display in Honda's booth as well, including the world premiere of the CBF125. A range of Honda's V4 engine race bikes offers a visual history of Honda's movement through the ranks of road racing motorcycles. Over 30 years of V4-engined racing history, from the oval-pistoned NR500 through to the most modern example of the Honda V4 in the 2008 MotoGP RC212V.

The V4 Concept is designed to reflect that past and leverage it into a new future, according to General Manager for Honda (UK) Motorcycles, Steve Martindale, "Today has highlighted the incredible heritage, reputation, experience and success that Honda has achieved over the last 60 years on two-wheels and the three milestone anniversaries are certainly something to be celebrated. But what is perhaps more important now is that Honda intends to further build on these qualities, along with the V4 design concept, in order to take motorcycles and, motorcycling more generally, in to a new and exciting era."

Being a design study, there are no firm production plans, details or specifications on the V4 Concept.