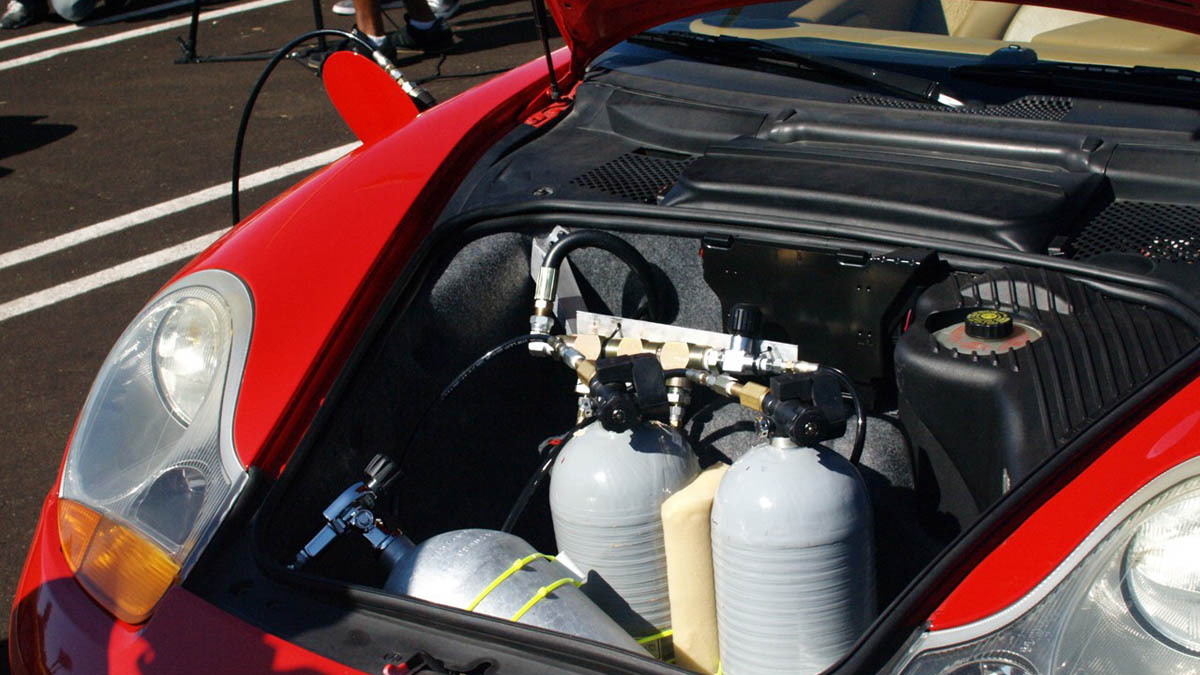 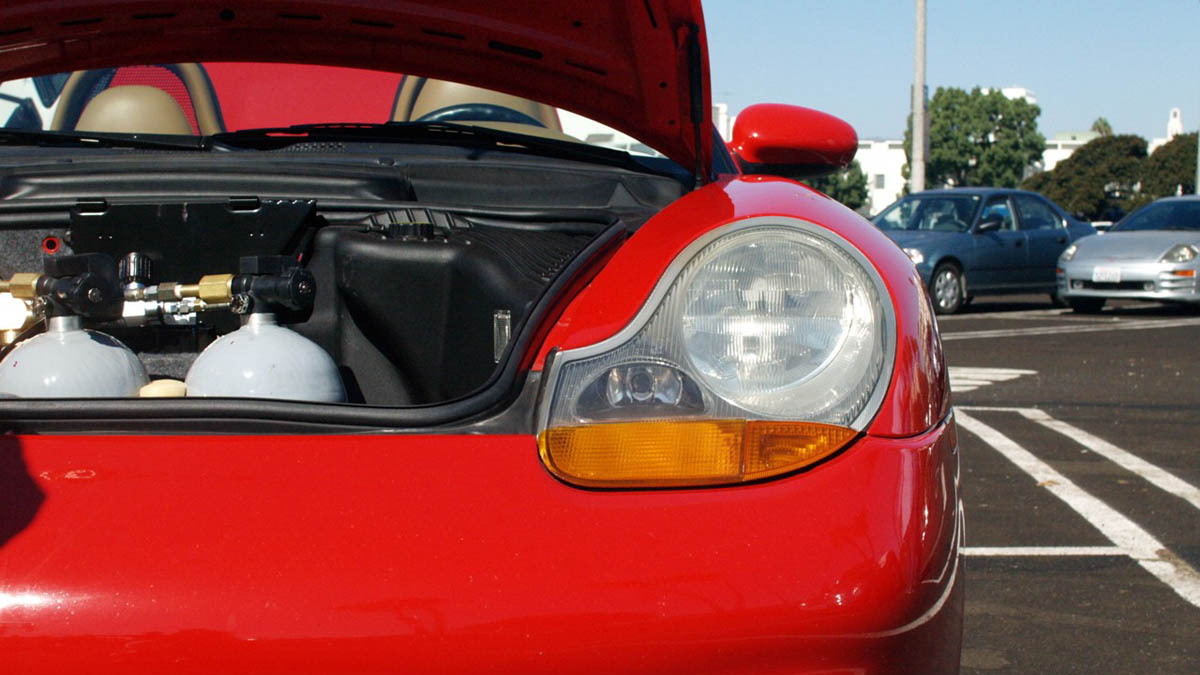 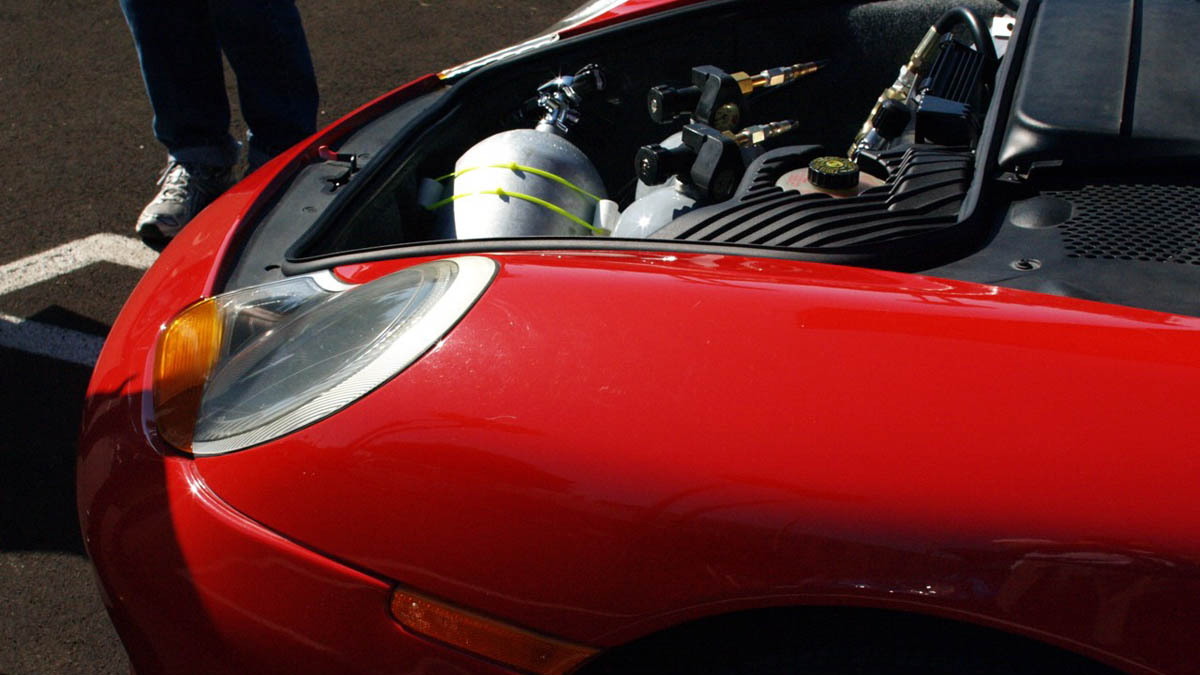 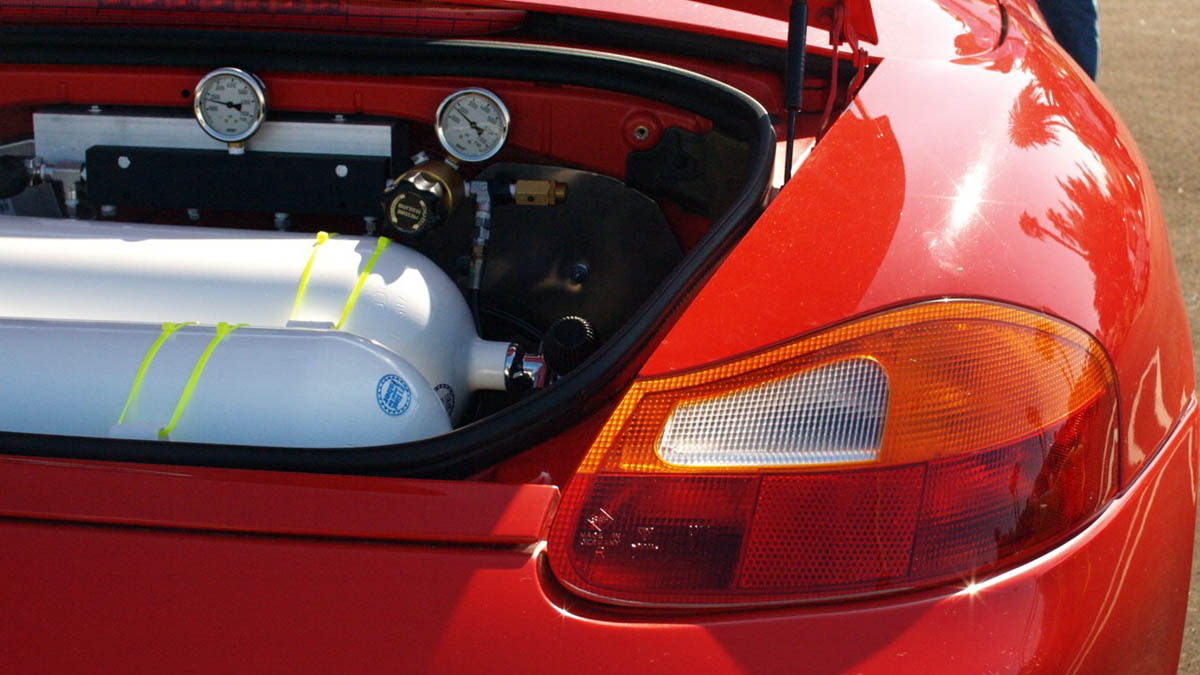 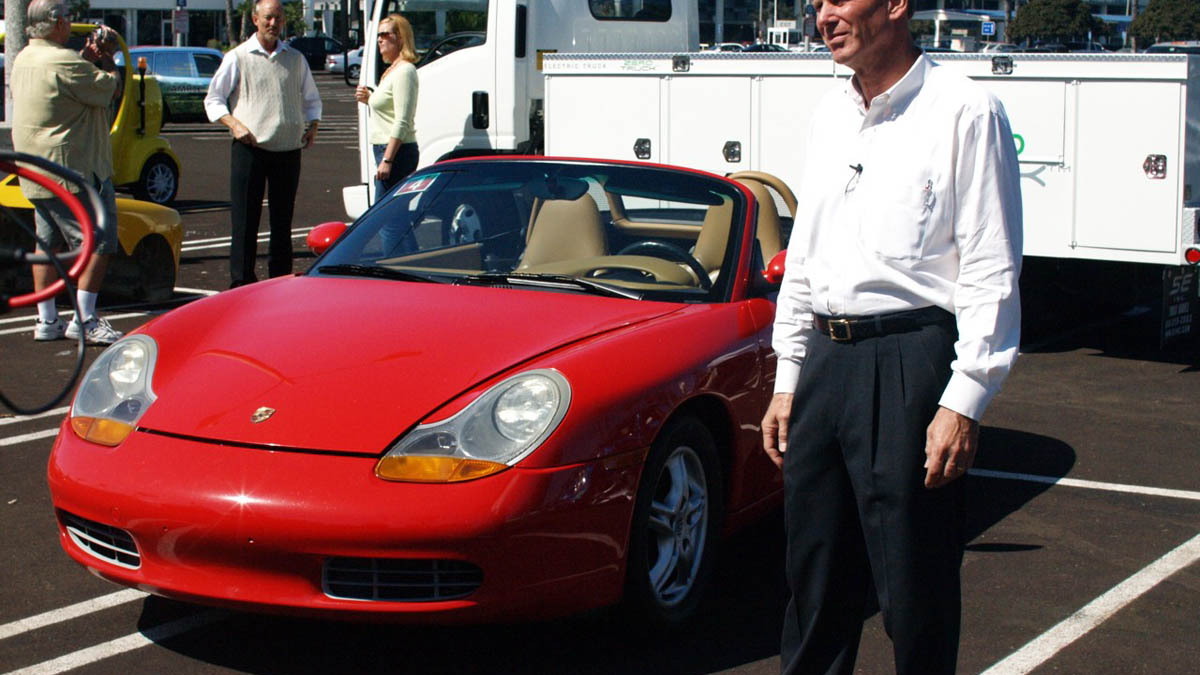 16
photos
Earlier this week we saw reports emerge claiming that Germany’s RUF was working on an all-electric version of the Porsche Cayman, and now we have details about a Porsche Boxster that has been converted to run on compressed air. The converted Porsche is called the MIIN-AER Boxster and it made its world debut at the recently held Alternative Car and Transportation (AltCar) Expo in California.

The air-powered Porsche is the creation of Silicon Valley start up GIMM and is based on a 1999 model Boxster. The car houses a number of air storage tanks in its front trunk and is powered by a new-generation drivetrain that uses compressed air multiple times for propulsion. The car features an innovative energy recovery system, which emits no pollution, and involves a simple multi-chambered motor with only six moving parts and no pistons.

“We’ve developed a way to add energy to the system from the ambient environment,” said the company’s CEO Glenn Bell.

According to GIMM, the car has a top speed of 65mph and can travel approximately 50 miles, depending on load and speed, on a full tank of air compressed by about 25 kilowatt hours of electricity. Filling the tanks take about 10 minutes using an air compressor capable of 4,500psi.

GIMM is still protecting most of the drivetrain’s design secrets, but plans to start licensing the technology by early next year. The company is now actively seeking collaborative partners and investors, both in the United States and overseas.
Via: Autoblog Green