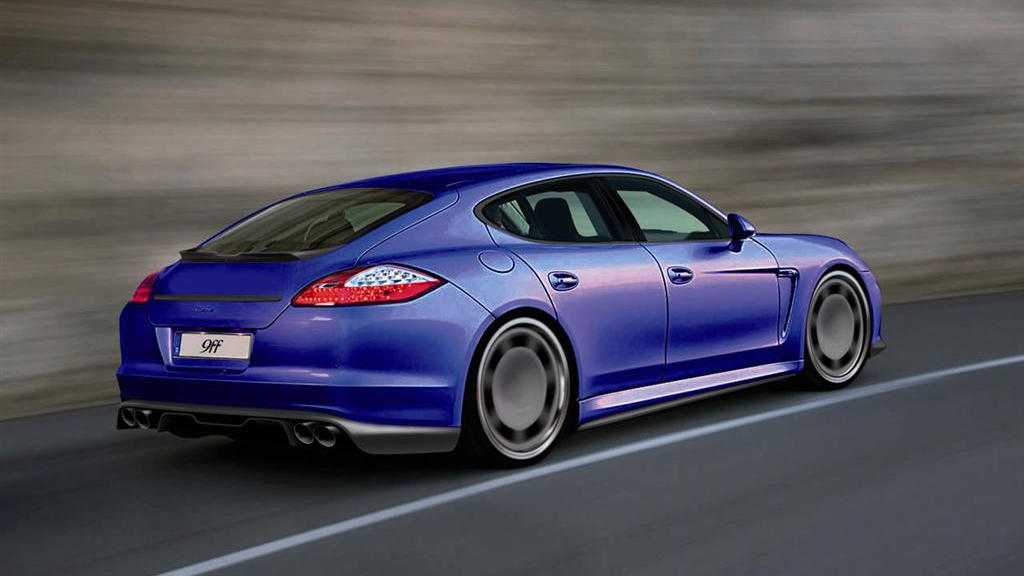 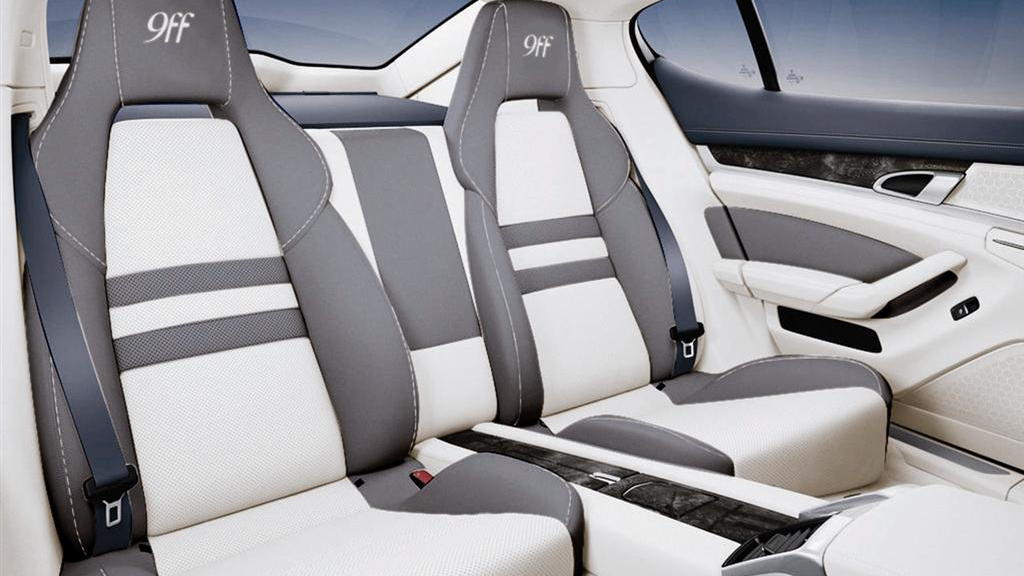 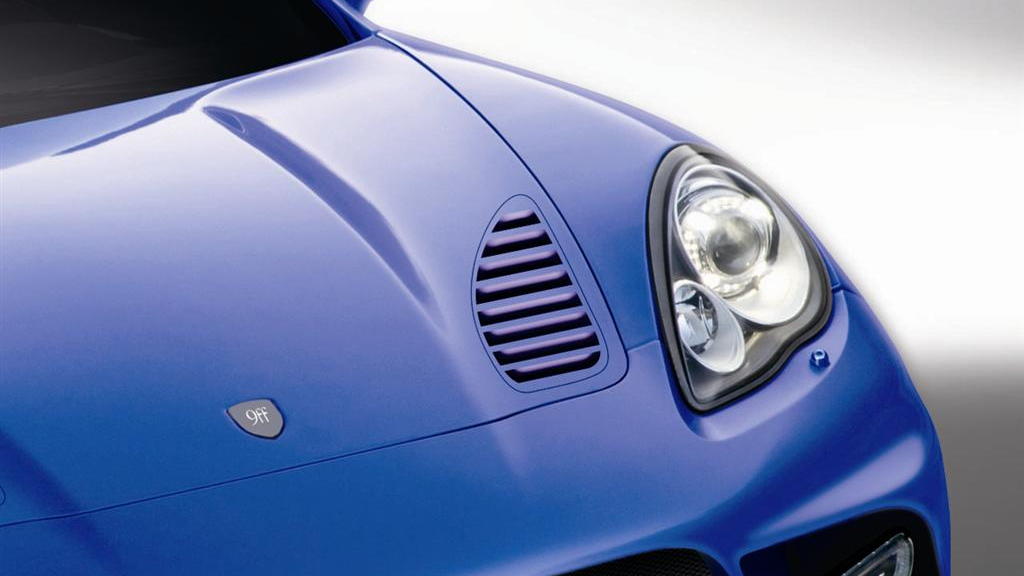 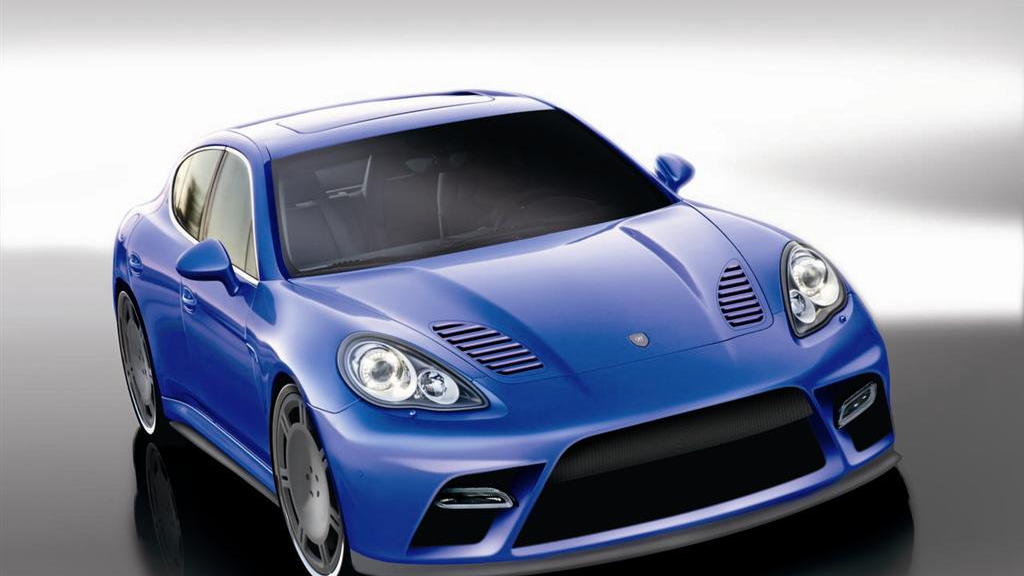 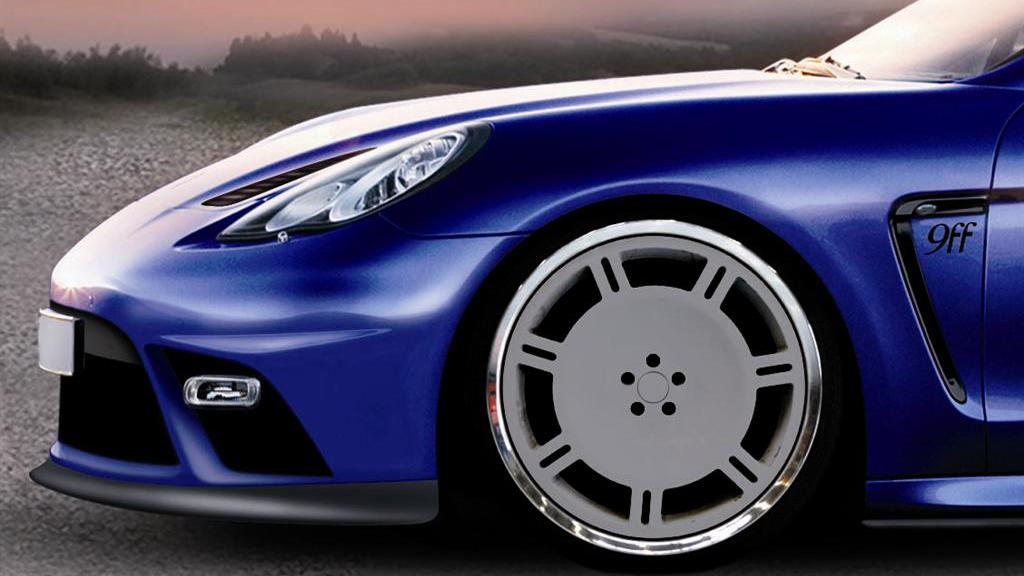 Porsche’s Panamera sedan has just hit the market, but already custom houses are starting their modification programs for the car. One of the most intriguing is from 9ff, the company behind other extreme Porsches such as the Veyron-rivaling GT9 supercar and the 780 horsepower 911 Turbo Cabrio.

As with its previous Porsche projects, the Panamera power-splurge starts with a turbocharger. Available in power ratings from 550 horsepower to 650 horsepower, the 9ff Panamera moves the super sedan into the realm of the uber-sedan. Other upgrades in the queue include 22-inch three-piece alloy wheels, a complete body kit and a reworked interior, all on display in these renderings.

Three stages are proposed so far, starting with the PT55 at 550 horsepower and 560 pound-feet of torque thanks to a boosted ECU tune and higher-flow air filters. An exhaust upgrade gets you to the PT60, which boasts 600 horsepower and 590 lb-ft of torque, and the range-topping PT65 gets the 650 horsepower output due to an upgraded turbo, re-tune and exhaust, while also adding a vented hood to help cool the engine bay.

The project is, however, still in its early stages, so expect to see further developments both in terms of performance and exterior appearance, before the car gets built out and hits the street.

For more on the Panamera, check out our live Pebble Beach coverage of the car.