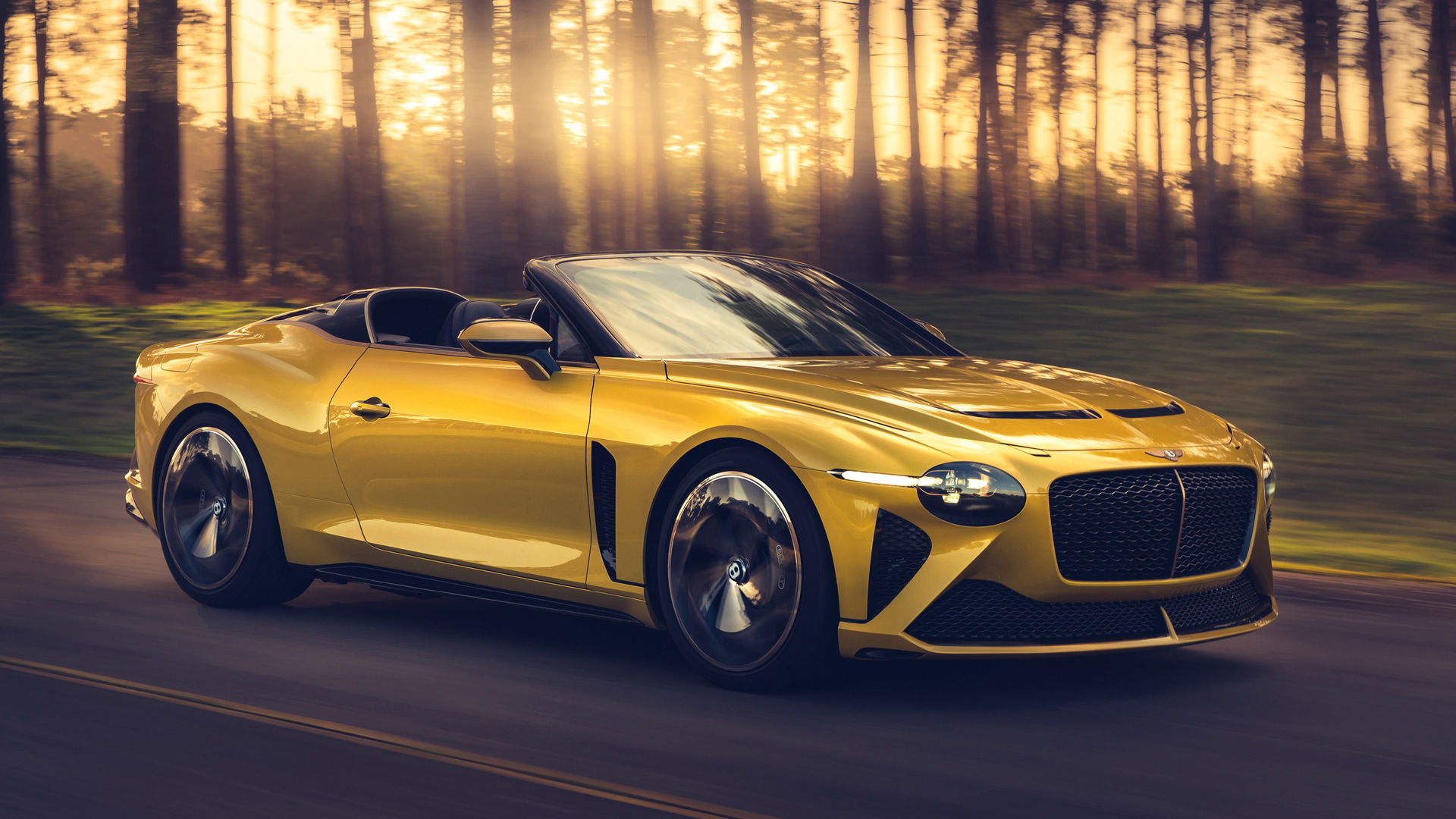 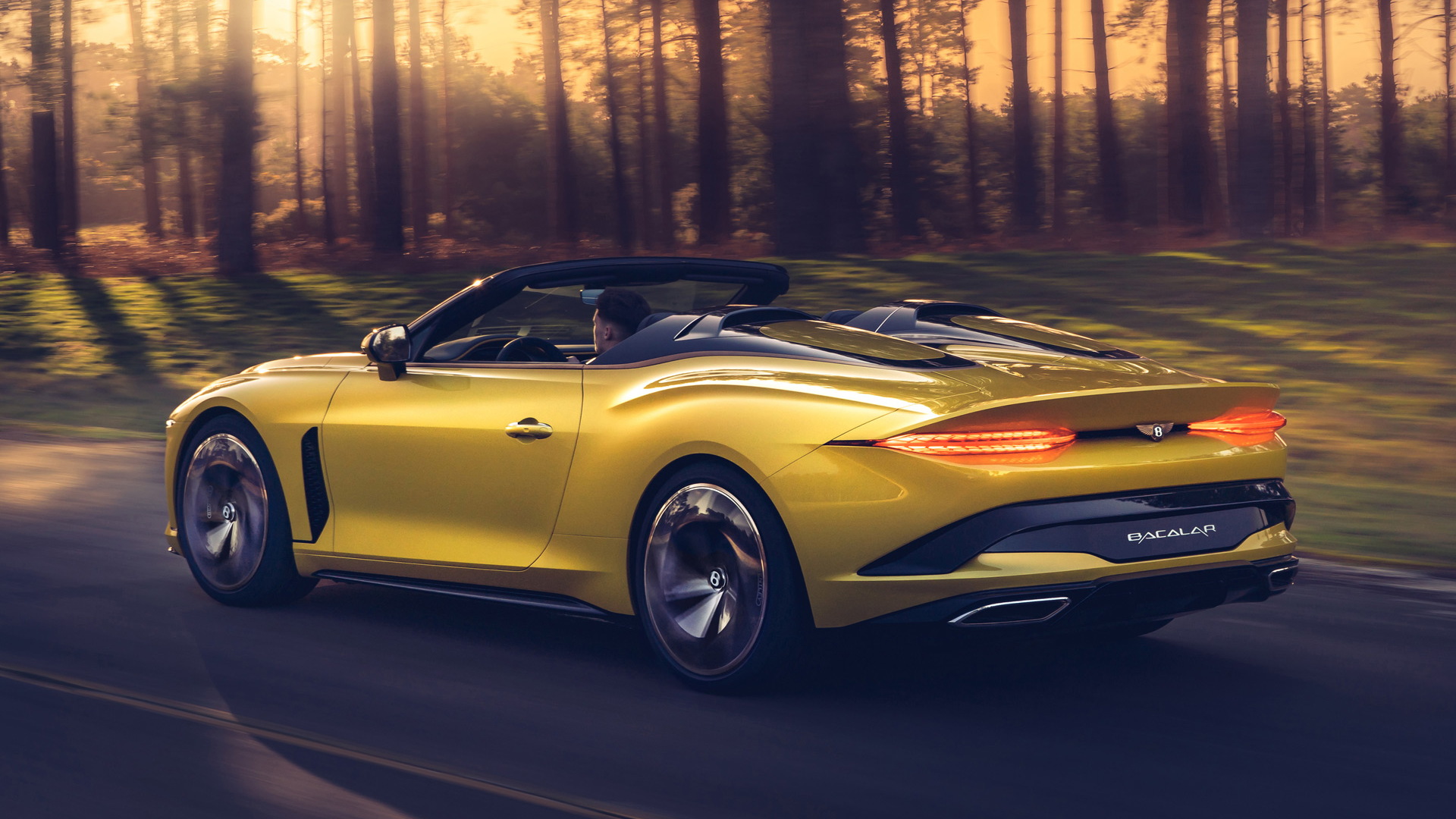 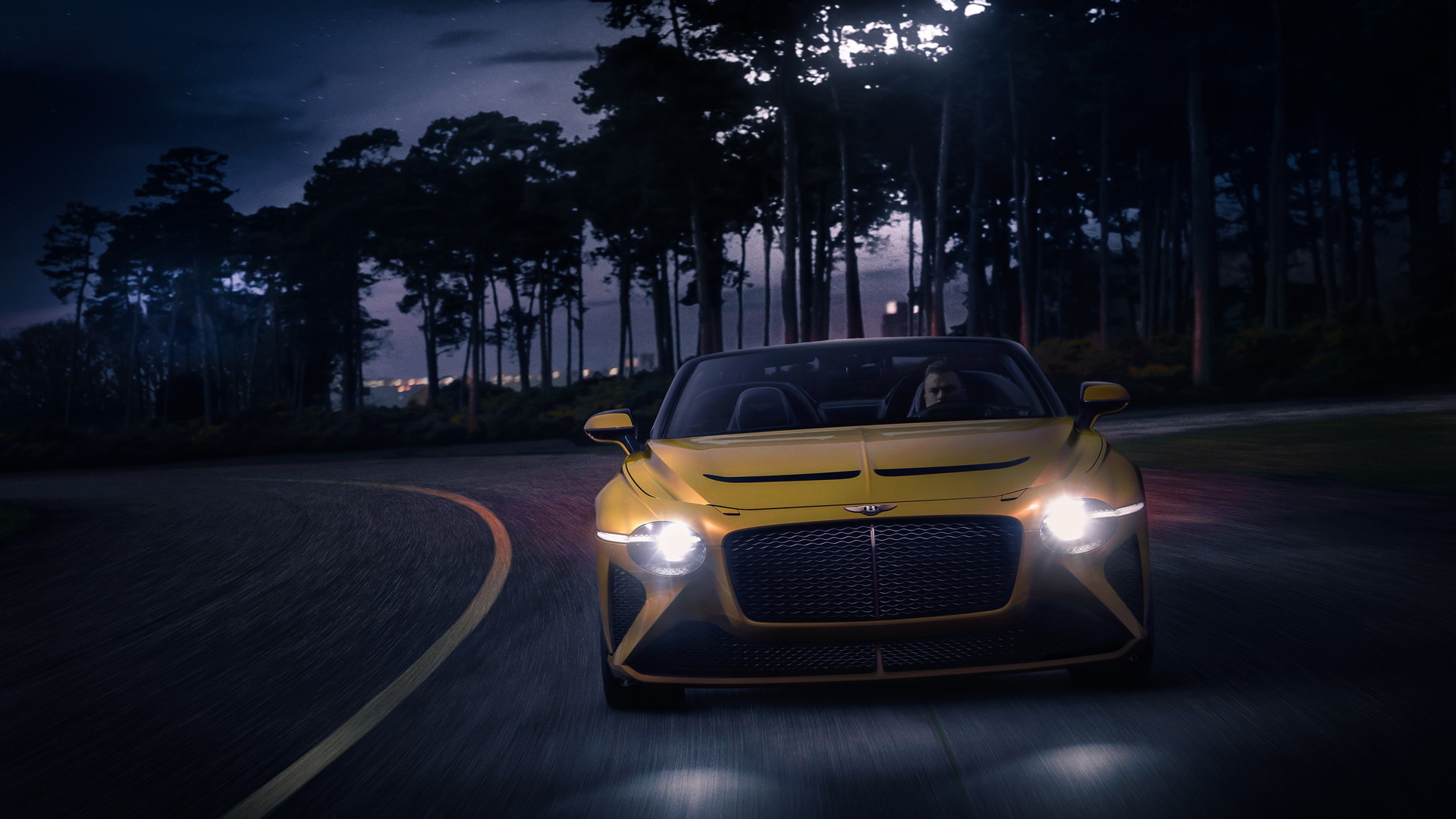 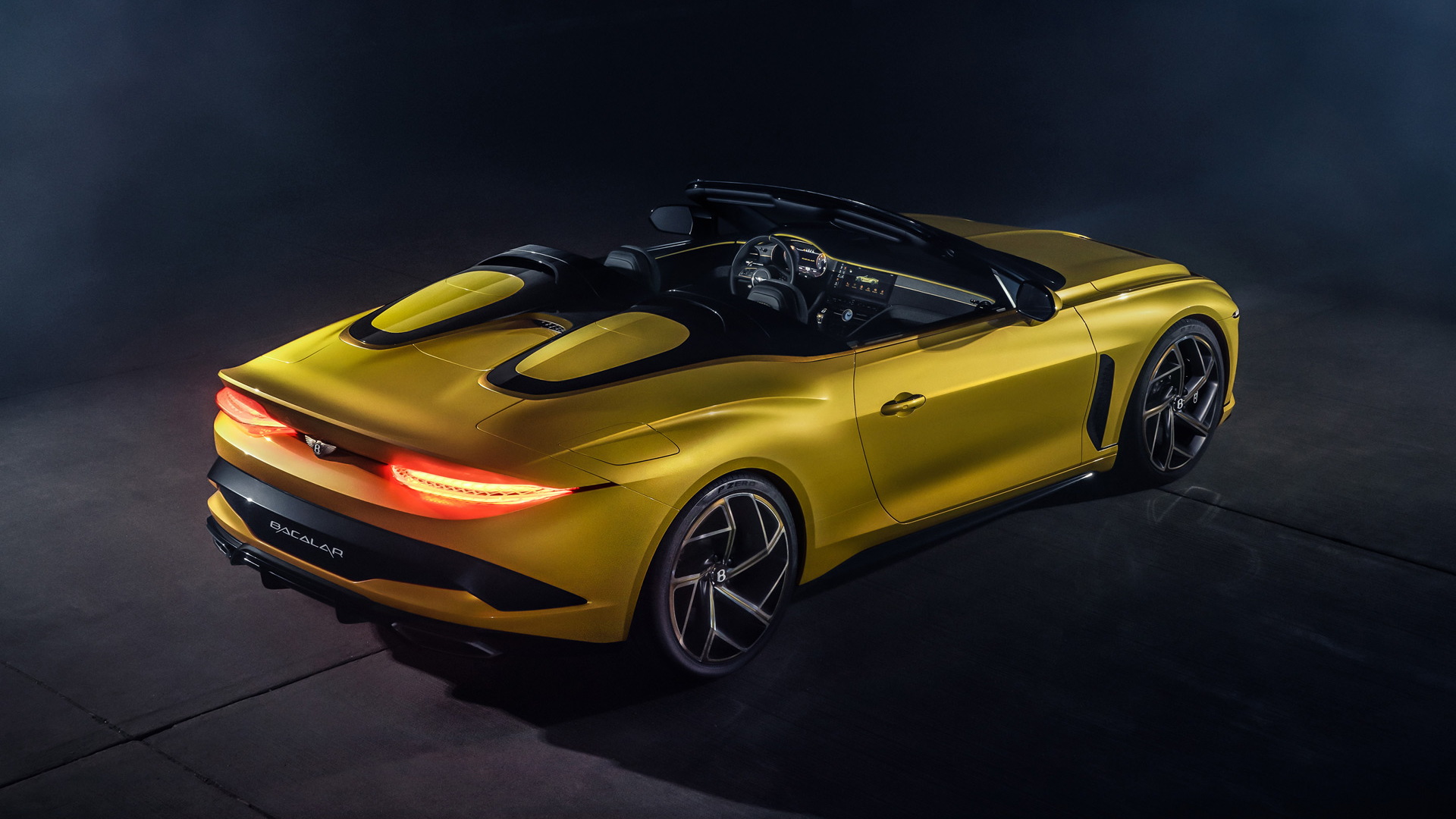 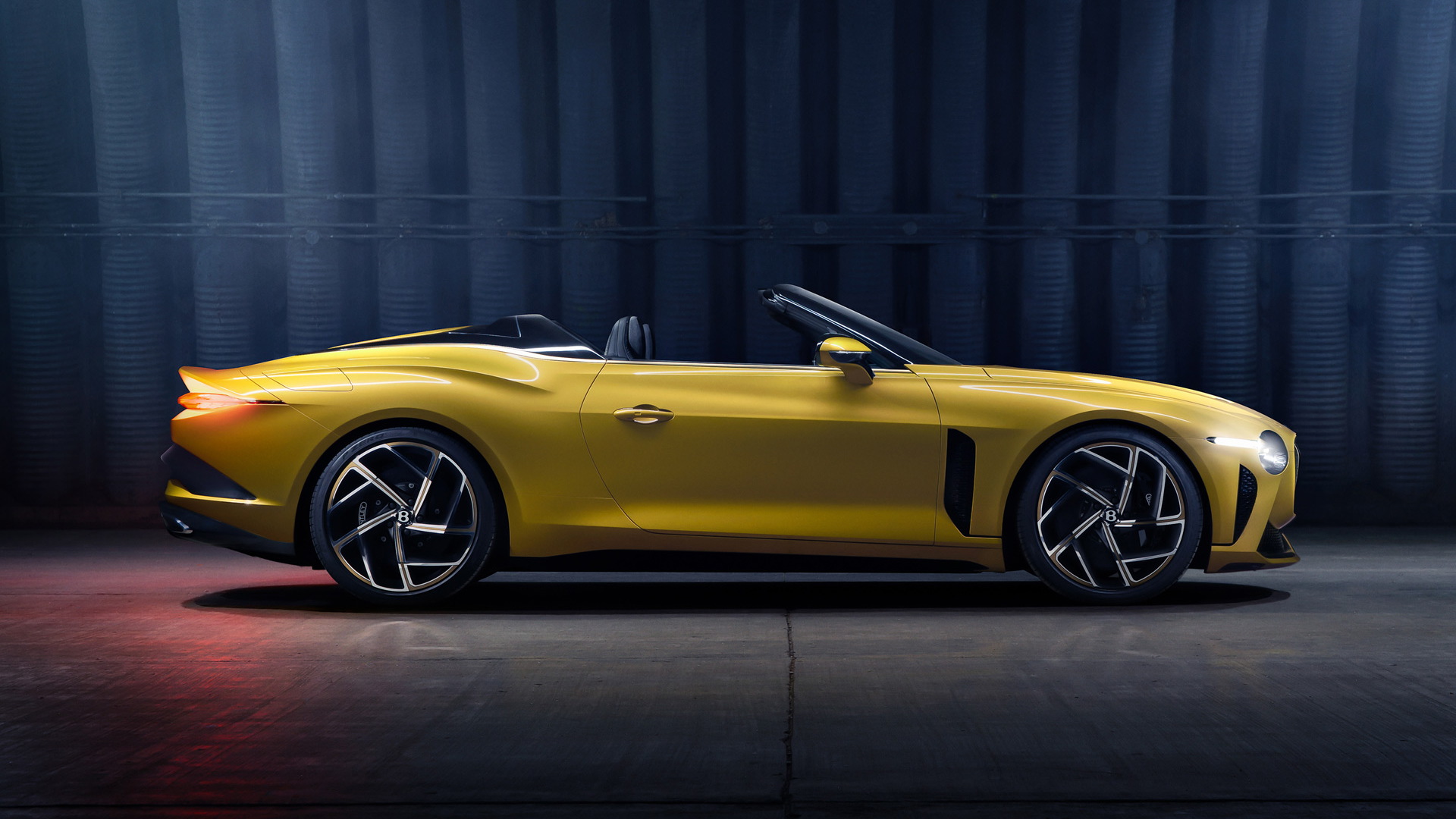 Bentley design chief Stefan Sielaff in 2017 was given the additional task of overseeing the Mulliner personalization department in preparation for a ramp up in the number of coach-built specials like 2016's Grand Limousine and 2017's Grand Convertible.

While both those models closely resemble the Mulsanne on which they are based, Bentley's new Bacalar unveiled on Tuesday is a distinct speedster that looks more like last year's dramatic EXP 100 GT concept than anything currently in Bentley's lineup.

The Bacalar, whose name comes from the Bacalar Lagoon in Mexico, known for its bright blue water, is, according to Bentley CEO Adrian Hallmark, the “ultimate expression of an open-top, luxury grand tourer.”

It's a strict two-seater that will be built in a run of just 12 cars, and all build slots have been sold despite the rumored price tag of $1.9 million.

The proportions are similar to those of Bentley's Continental GT Convertible on which the car is based, but the lights at both ends, plus the corresponding fascias, are new. There's also no missing the rear deck with subtle flying buttresses.

Inside, the driver and passenger are separated by a new, steeply angled center console that flows into a wraparound cockpit cocooning both occupants and flowing rearward toward a semi-enclosed luggage compartment behind the two seats. Where possible, sustainable, ethically-sourced materials have been used, such as reclaimed riverwood, natural wool, and paint containing ash from rice husks. Bentley said the special paint is a good alternative to traditional metallic finishes. 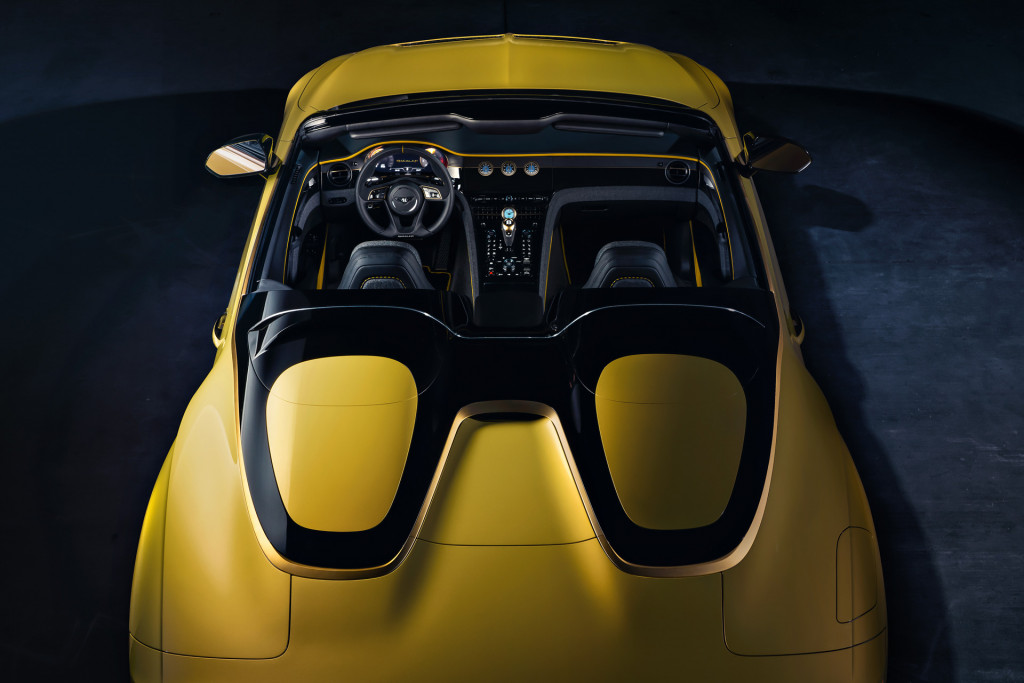 Power comes from Bentley's 6.0-liter twin-turbocharged W-12, tuned here to deliver 650 horsepower and 667 pound-feet of torque instead of the usual 626 hp and 664 lb-ft in the Continental GT. An 8-speed automatic and all-wheel-drive system complete the mechanical package. No performance numbers were mentioned but we suspect there will be an improvement on the Conti GT's 0-60 mph time of 3.6 seconds.

Bentley said the Bacalar represents the first endeavour in a new strategy that will see the Mulliner division focus on three main areas: restoration and recreation of classic models, production of low-volume coach-built cars, and customization of core models.

It's a strategy that's worked well for Bentley's rivals. For example, Ferrari has been building one-off cars for years through its Special Projects program catering to ultra-wealthy individuals seeking something their friends and neighbors can't buy, and more recently Bugatti and McLaren have jumped into the game with their own low-volume series. Rolls-Royce has been a bit more cautious but has tested the waters in recent years, unveiling the imposing Sweptail in 2017.