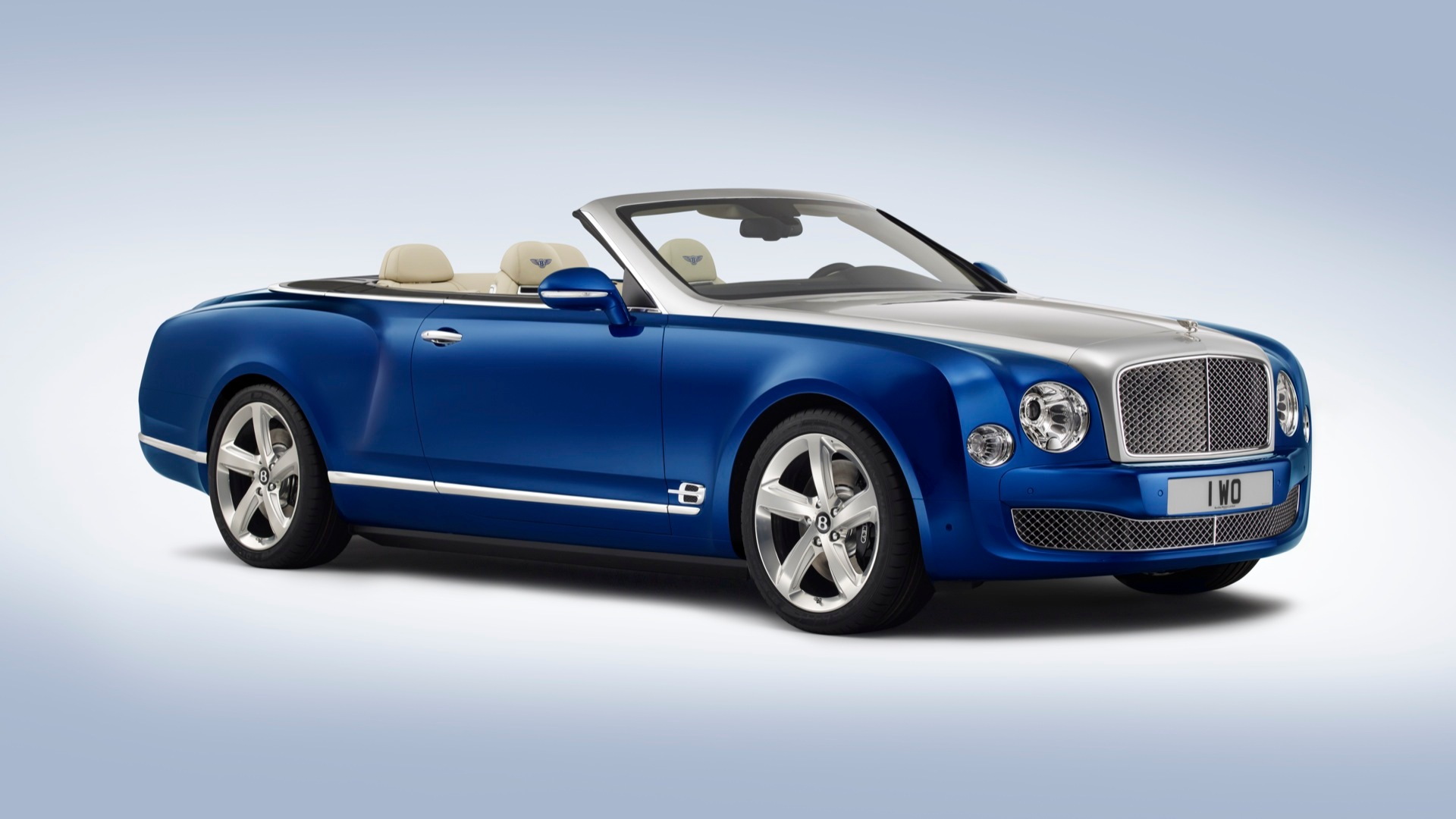 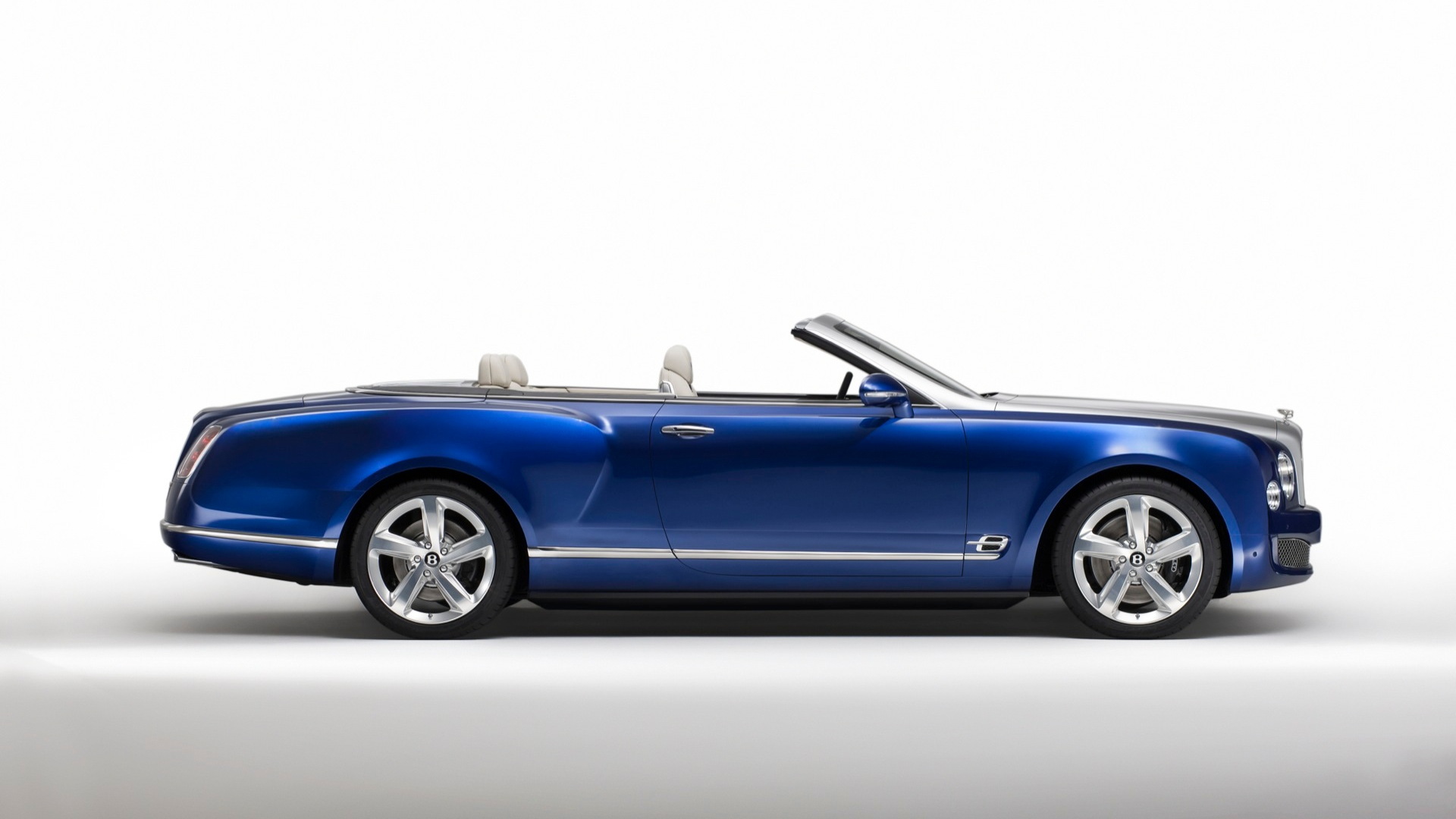 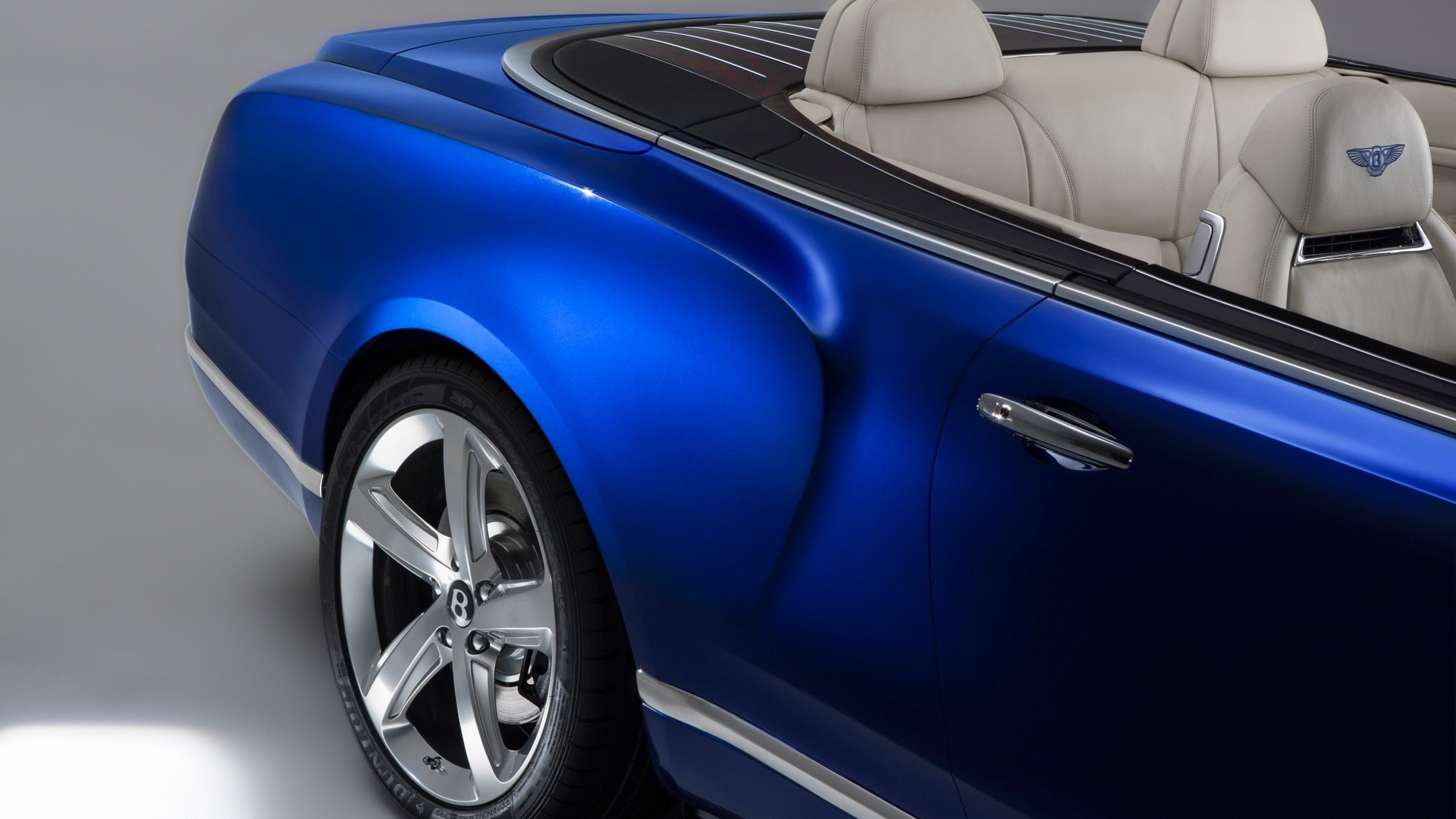 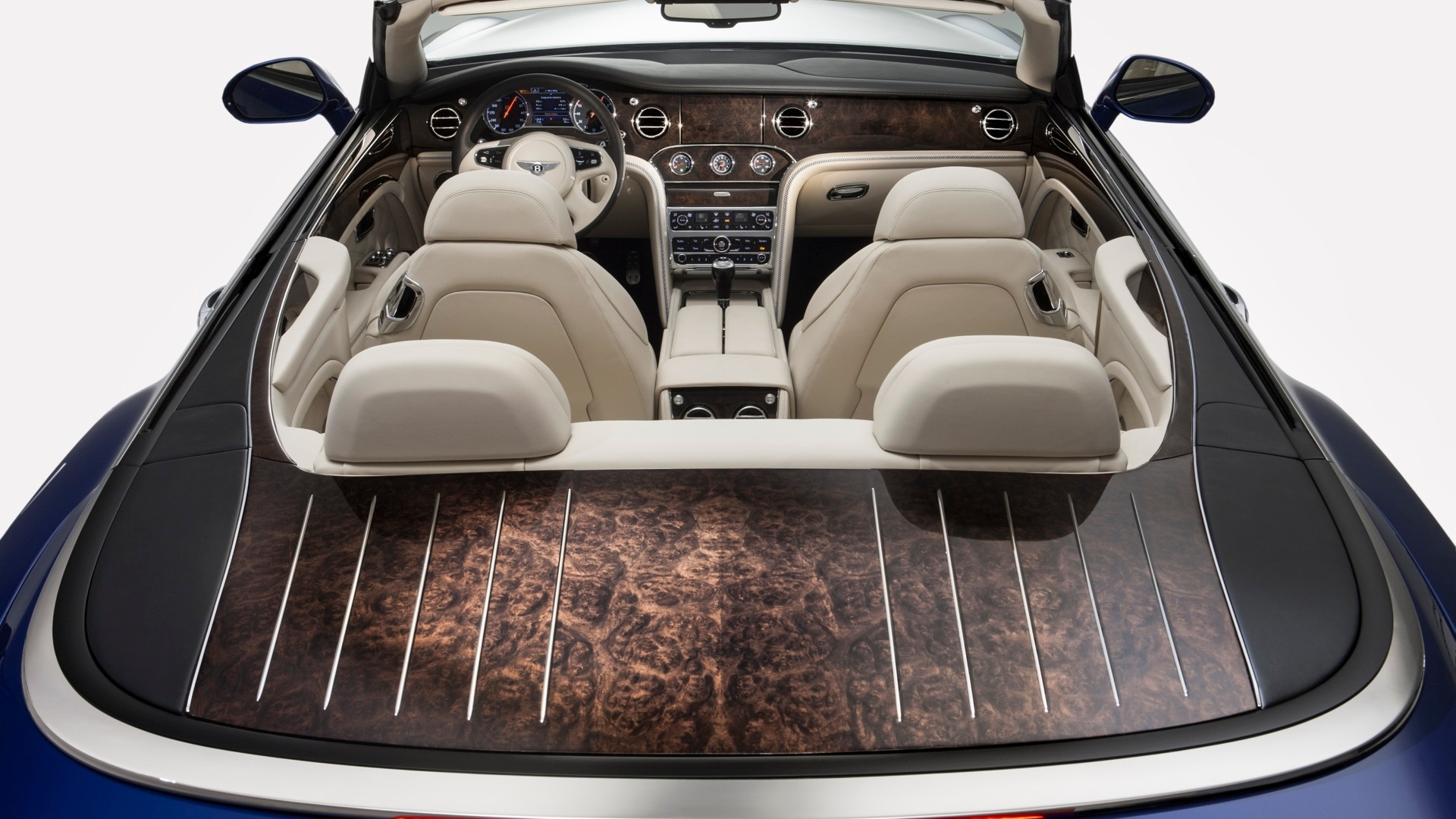 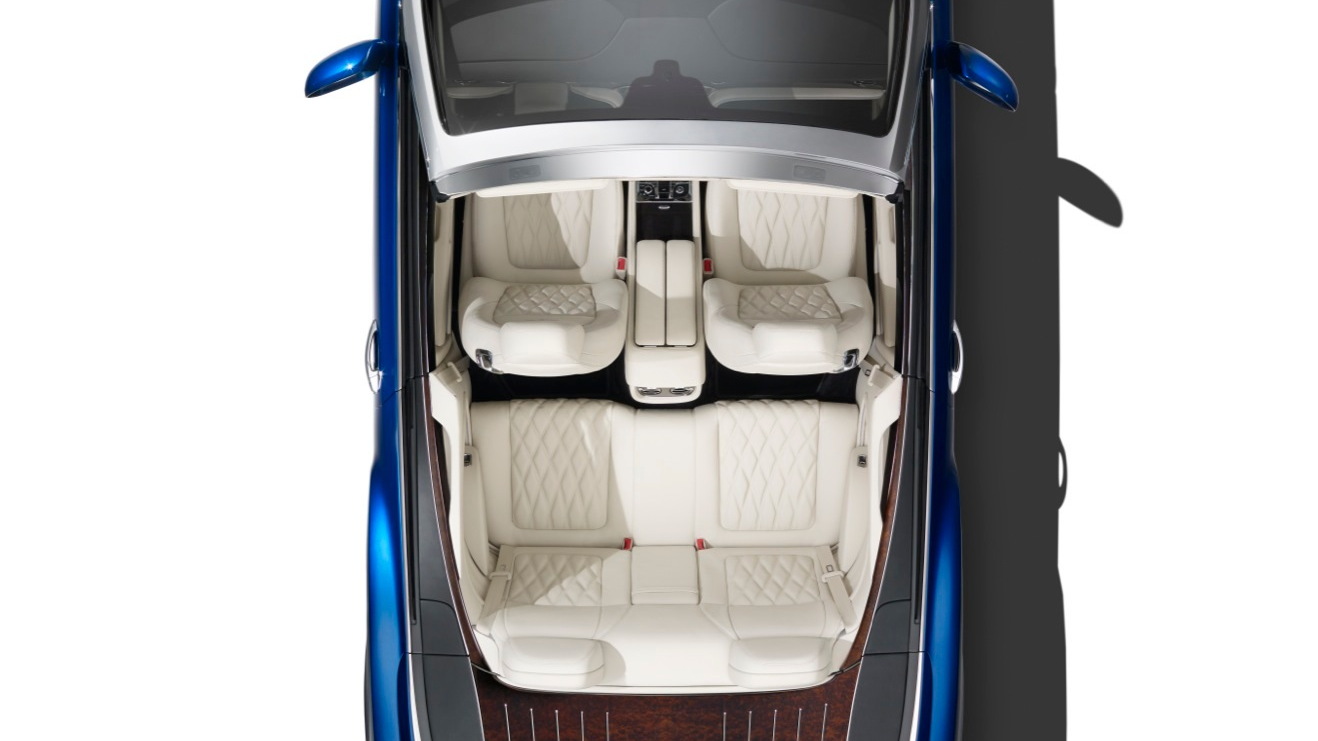 Bentley is set to launch an ultra-exclusive run of convertibles based on the (big) bones of the Mulsanne.

The car, referred to as the Bentley Grand Convertible, was first shown as a concept in 2012 during a private event coinciding with the Pebble Beach Concours d’Elegance. It was only revealed to the public at the 2014 Los Angeles Auto Show.

Fast forward to today and Bentley has finally confirmed a small production run. 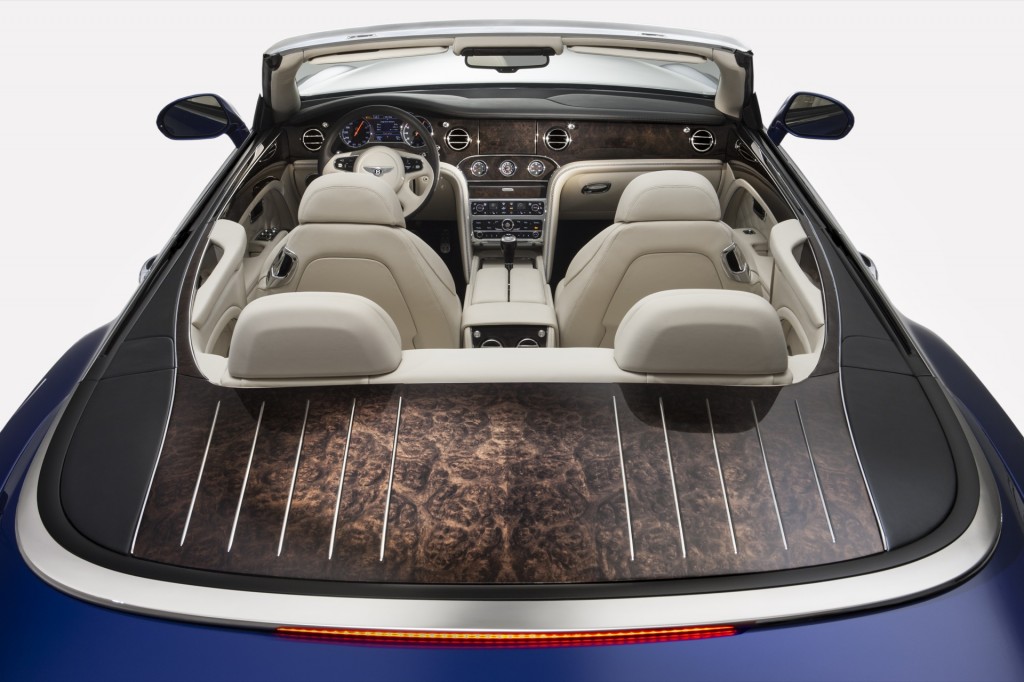 A Bentley spokesperson told Motor Authority that 19 examples will be built by the Mulliner personalization department. Each of the 19 cars—the number represents Bentley’s founding in the year 1919—will be tailored to the customer’s specific desires, so no two examples will be the same. For example, customers will choose their own two-tone paint schemes for the exterior.

Put the top down and you'll be able to see the Burr Walnut tonneau. This book matched, mirror-finished, and dark-stained rear deck will be the largest piece of wood veneer ever used in a Bentley. It, like other elements of the cabin, was inspired by luxury power boats. The cabin's leather will be made up of 14 hides in a progressive-diamond quilting pattern that changes shape over the seats and doors. And the same exterior color will be used for contrast stitching, while contrasting Beluga leather will be applied to the tops of the doors.

The rumored starting price is a cool $3.5 million and getting your hands on one is likely through invitation only. It’s not clear if any will reach the United States because right now the vehicles have only been approved for use in Europe, the Middle East, and Russia.

As mentioned, the basis for the Grand Convertible is the Mulsanne. This means that it's powered by the brand's 530-horsepower 6.75-liter twin-turbocharged V-8 under the hood. 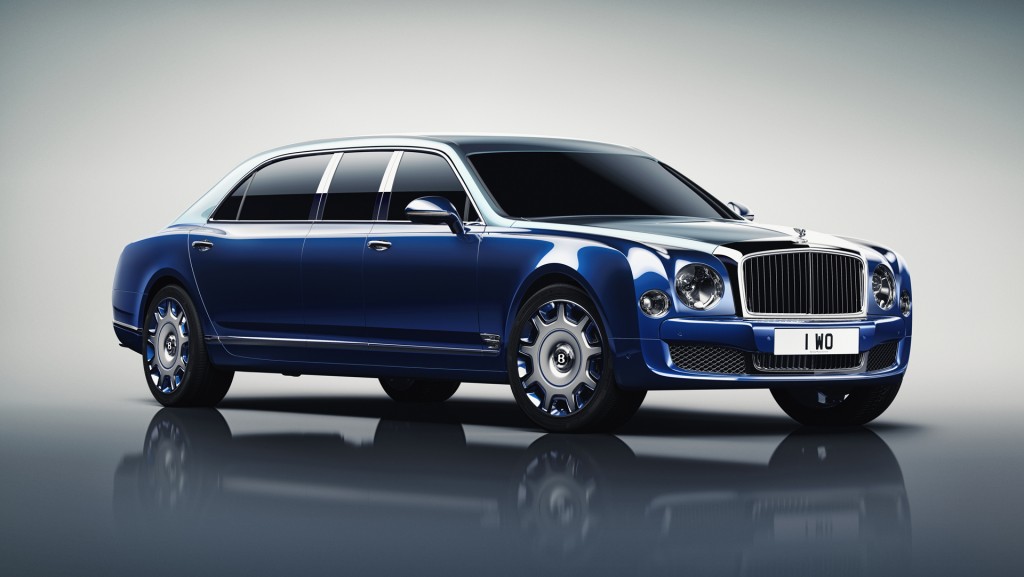 The project represents Bentley’s desire to cater to well-heeled customers seeking extra exclusivity through coachbuilt specials. Such projects can be extremely lucrative for automakers. Ferrari has had great success with its Special Projects division, and this hasn’t gone unnoticed by other luxury brands. Rolls-Royce recently got into the action with a one-off coachbuild estimated to have cost its own an eye-watering $12.8 million.

Another coachbuilt special from Bentley was 2016’s Mulsanne Grand Limousine. The car was three feet longer than a Mulsanne and featured six seats split over three rows.

Note, if it’s a coupe you desire, there’s a company in Germany currently working on a 2-door Mulsanne.