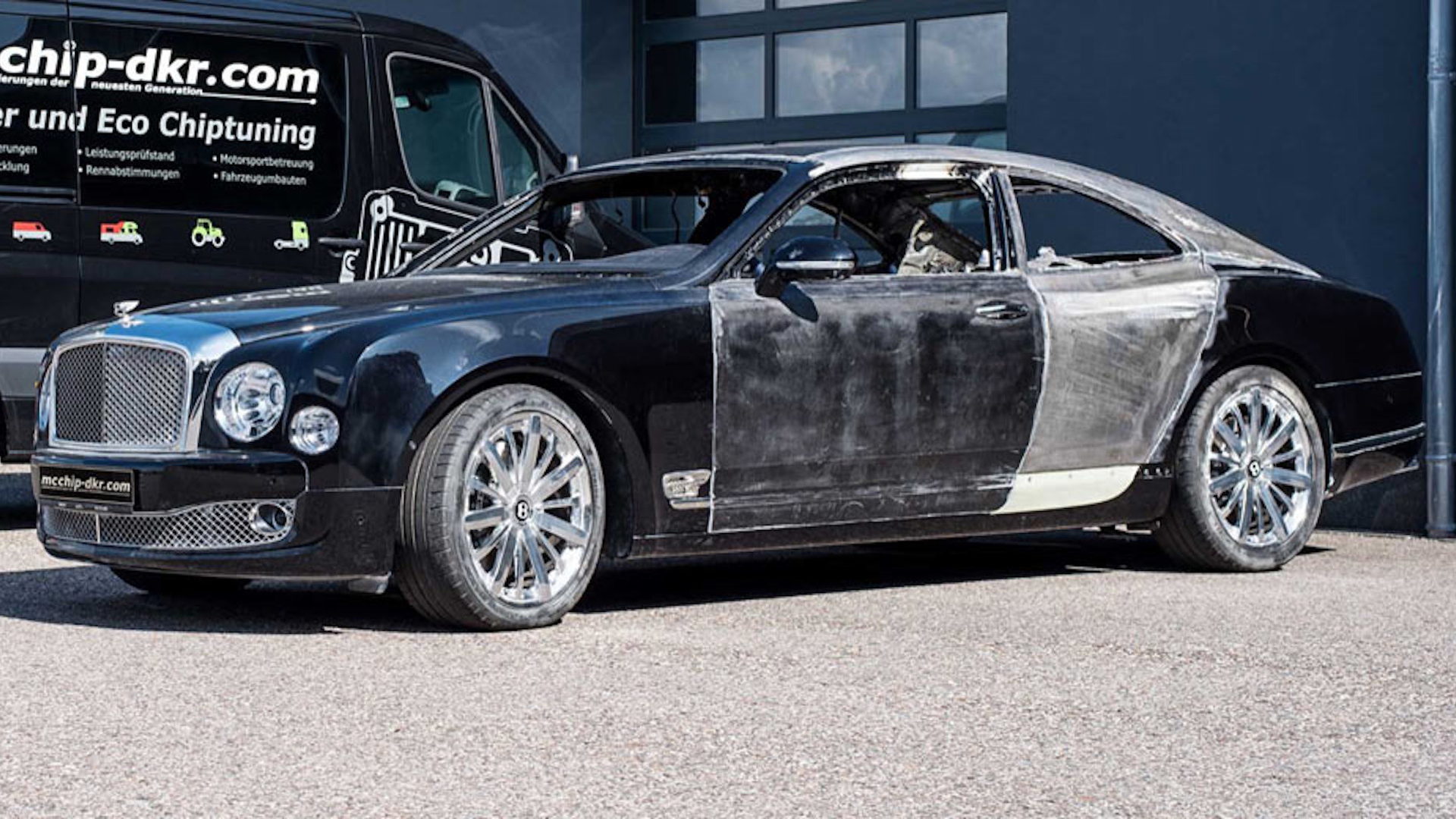 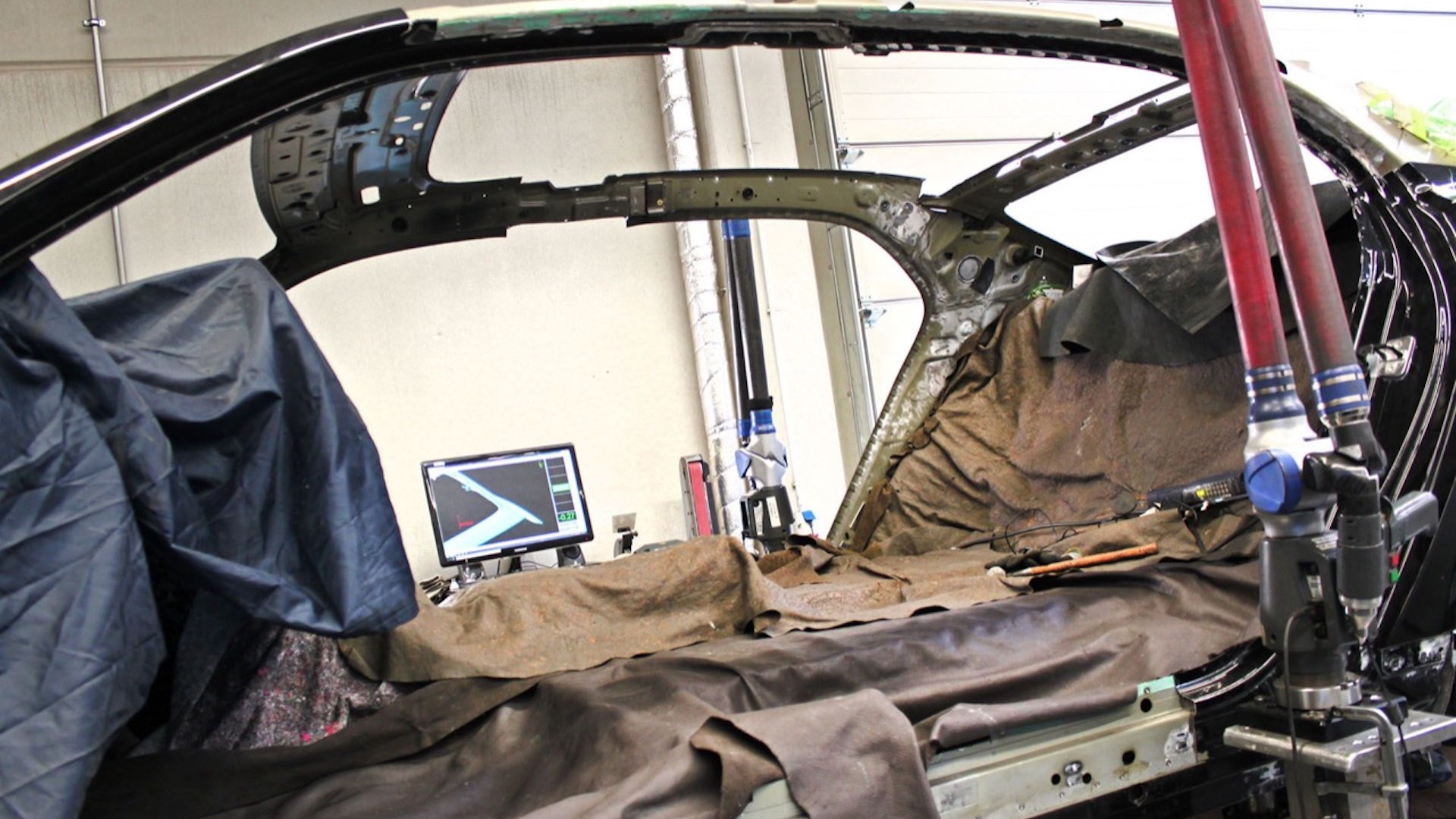 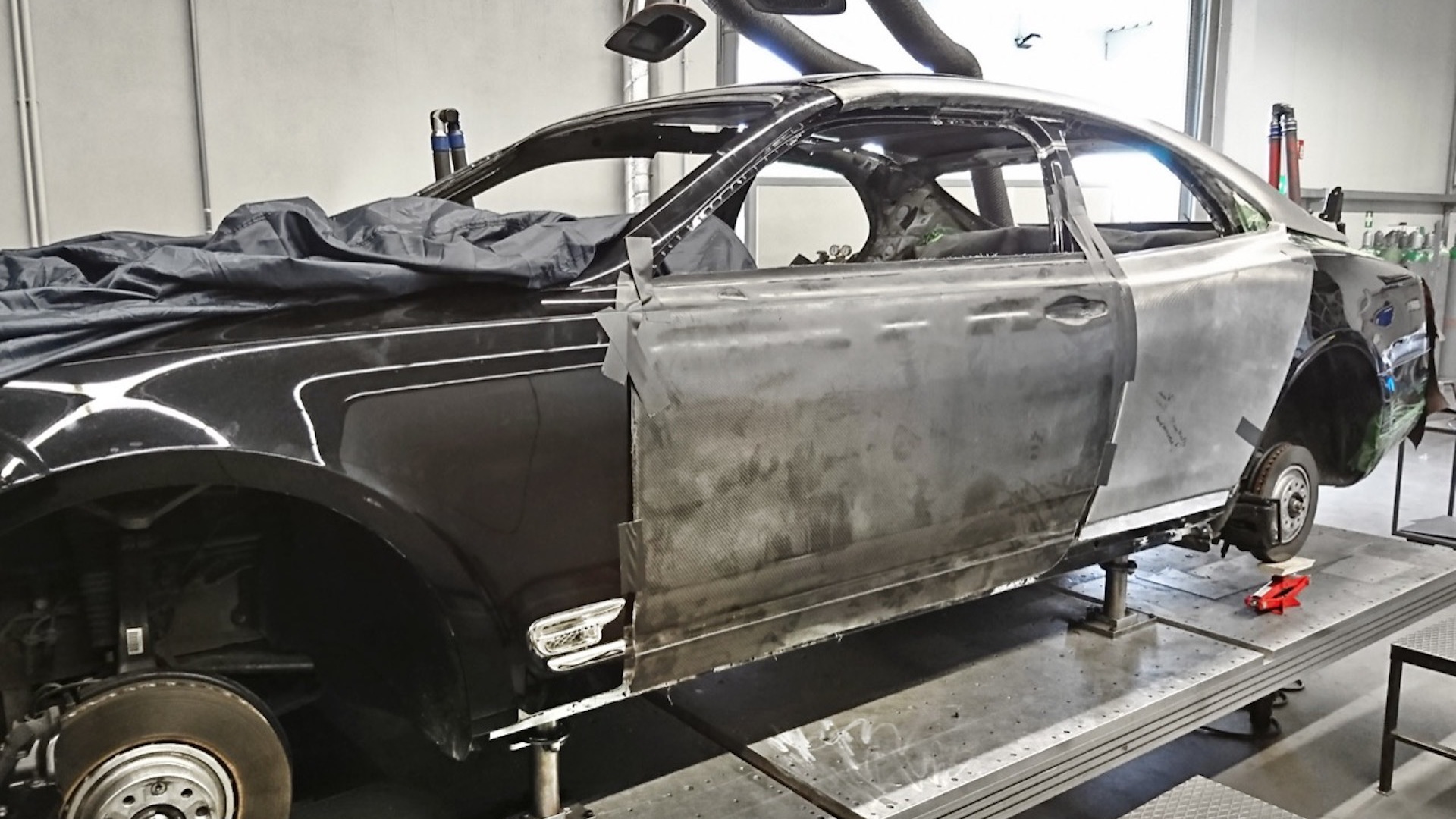 Bentley itself hasn't built a Mulsanne coupe—or should that be Brooklands—but that hasn't stopped others from dreaming. More importantly, one company is executing on the dream.

German tuner Mcchip-DKR is currently taking a standard issue Bentley Mulsanne sedan and chopping off the rear doors to create a 2-door Mulsanne. It's no easy task taking a well-crafted Bentley sedan and cutting two doors out; one single Mulsanne can take up to 400 hours to build.

Mcchip-DKR's work is underway, and so far, the German firm has torn the Mulsanne apart and completely re-engineered the roof. It's unclear how drastic the one-off Mulsanne coupe's roof will look, but it's necessary to ensure proper proportions.

From the photos, it already looks long and elegant. The shop says carbon fiber and aluminum will make up the new body pieces and C-pillars of the Mulsanne coupe, filling in for where the rear doors once resided.

The idea of a Mulsanne coupe isn't new. Rumors of such a car began back in 2009 after the brand hinted a coupe and a convertible Mulsanne were possible. While the coupe seems all but dead, a Mulsanne convertible is likely to appear via Bentley's Mulliner personalization department. These droptops will be coachbuilt cars since the Mulsanne is far too deep into its product cycle to justify the major investments needed for large-scale production.

No word on if Mcchip-DKR plans for any engine modifications, but the 6.8-liter V-8 engine with 505 horsepower and 752 pound-feet of torque is hardly insufficient.