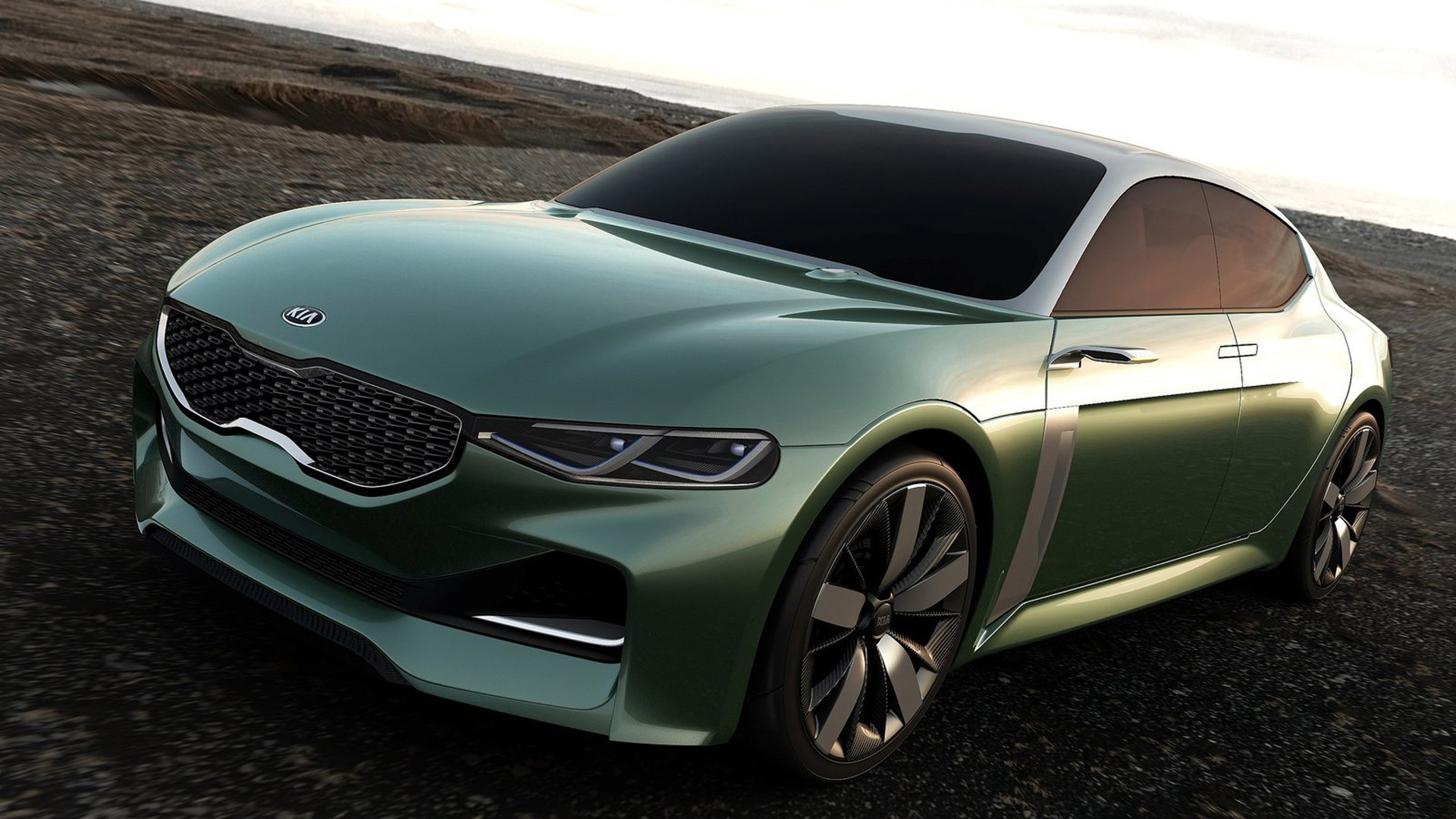 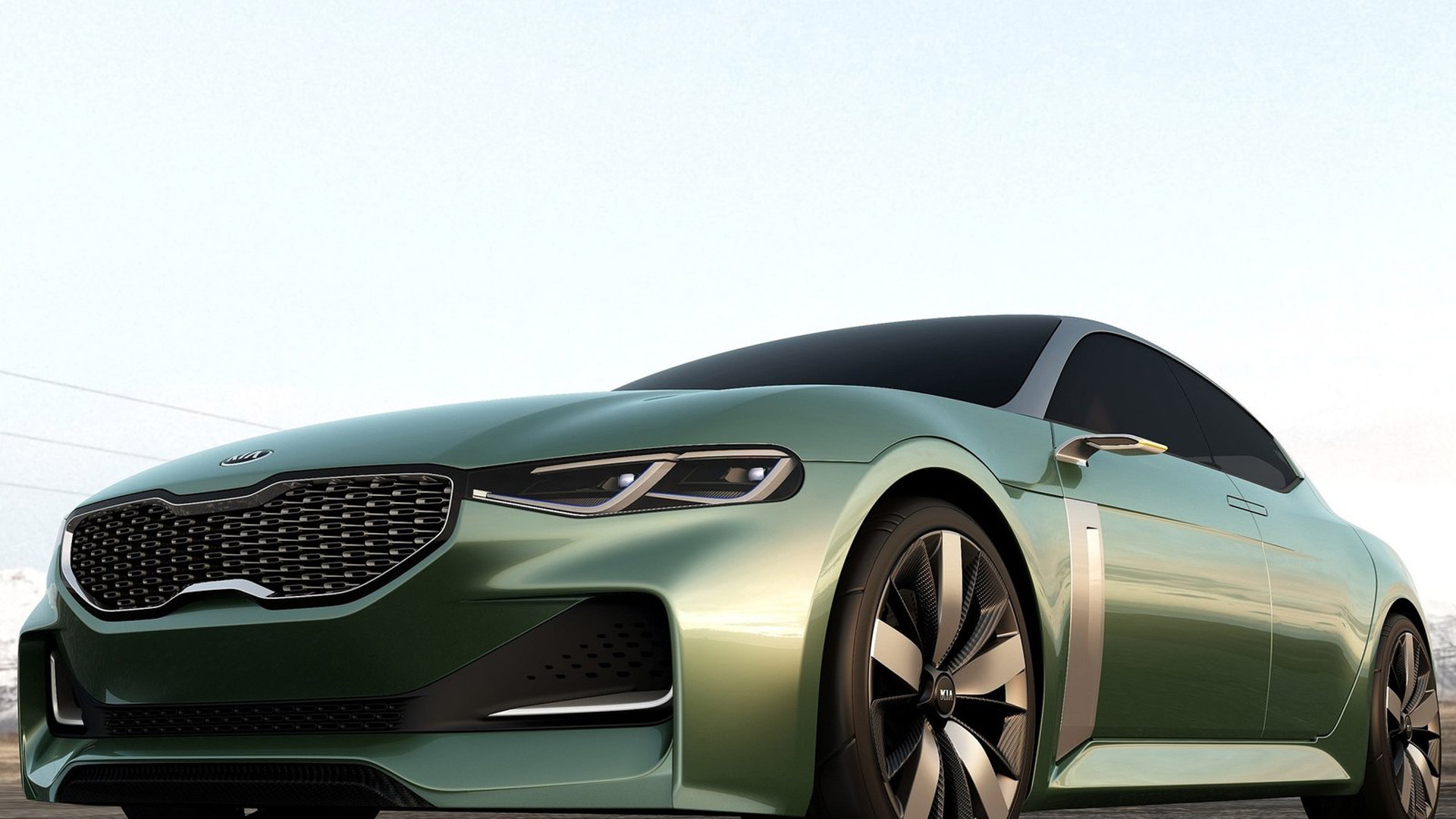 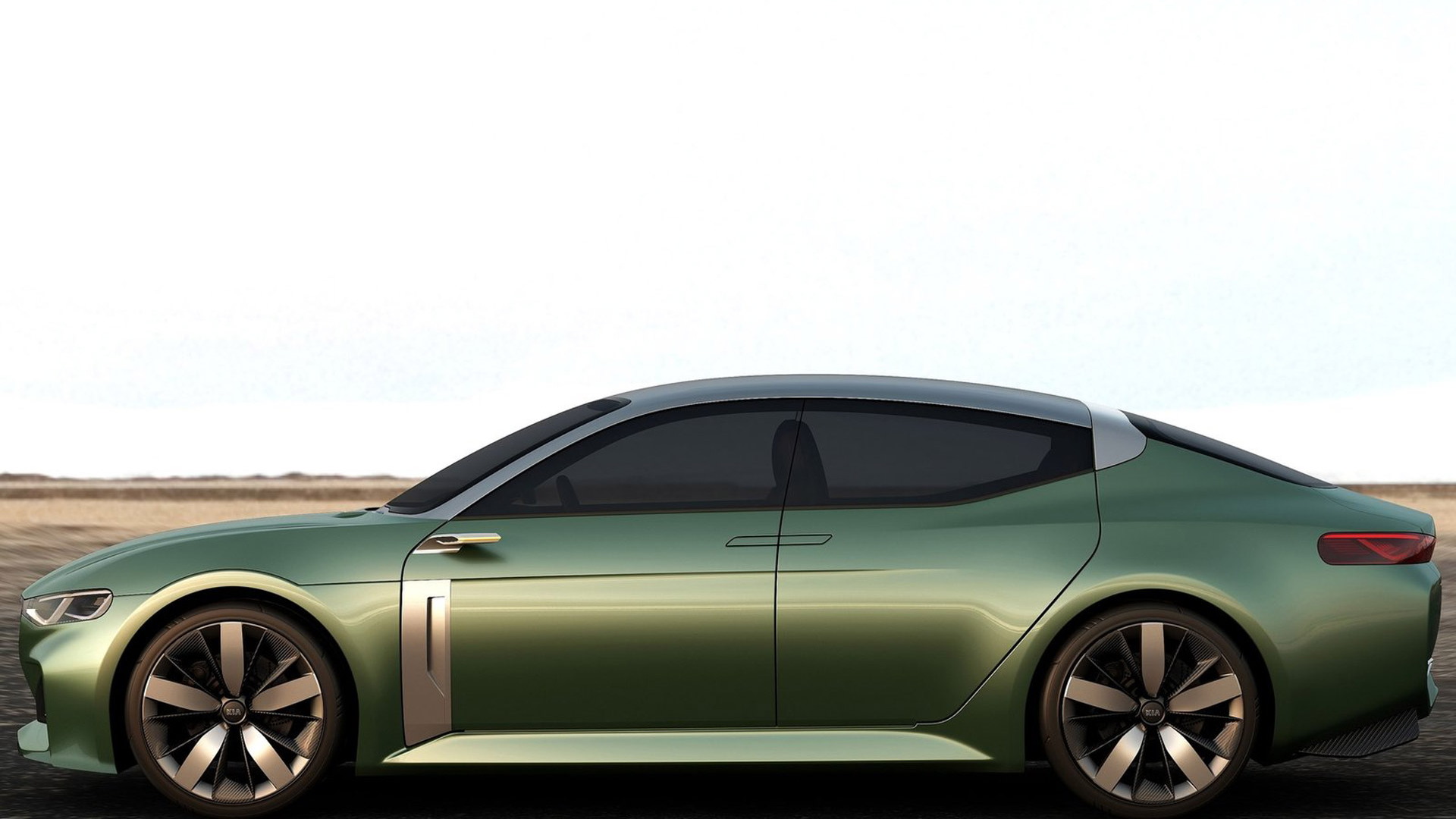 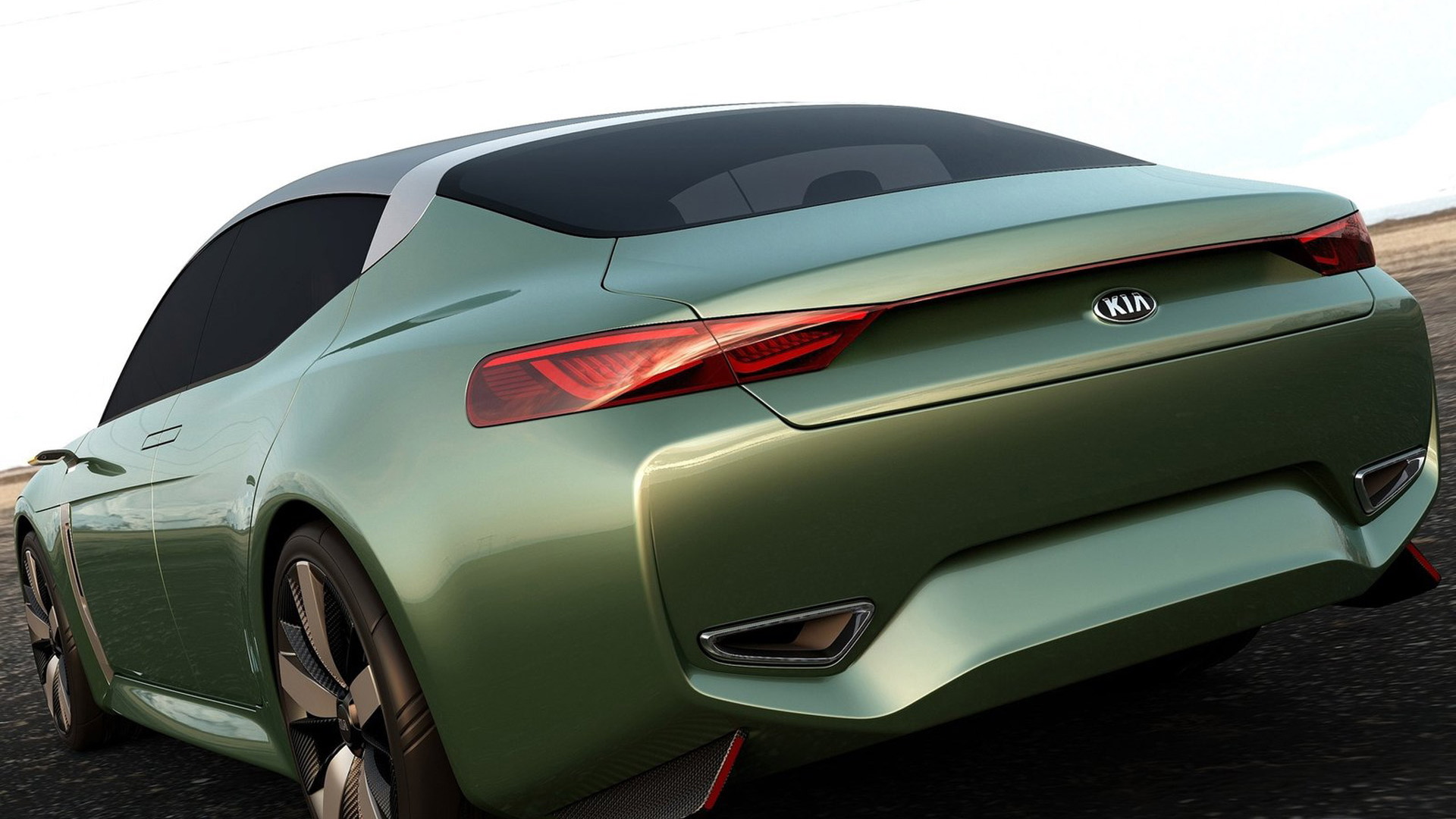 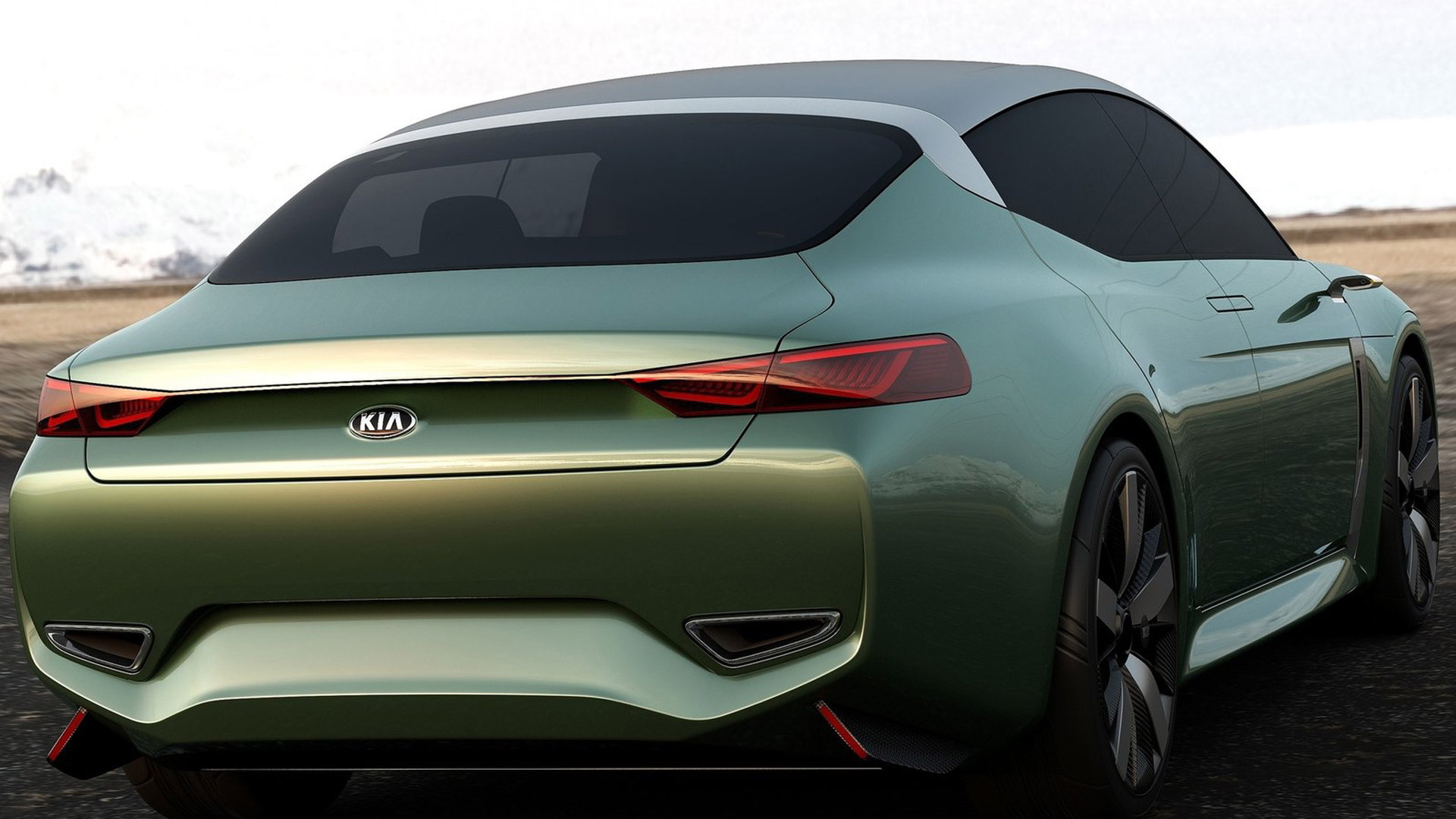 Kia used its home market’s premier automotive event, the 2015 Seoul Auto Show, to present the funky Novo concept car. A compact sedan with coupe-like styling, the Novo hints at the design direction for the Korean brand’s next-generation compact cars like the Forte and Rio. In fact, the design team used the underpinnings of the current Forte for the car.

The Novo name comes from the Latin word “novatus”, which roughly translates to “renewed” or “refreshed”.  Kia picked the name because the concept features a “calming, focused environment” in which drivers can be refreshed as they go about their day. We think the name is a good fit, too, as the Novo represents making something new or fresh of what’s typically a staid segment: econo cars.

The concept’s minimal front overhangs, longer rear overhangs and fastback roofline give it a raked, sporty profile. At the front is the latest interpretation of Kia’s signature tiger nose grille, now wider and more deeply embedded, while at the rear prominent lines and low triangular exhausts add greater width and volume to its shape. Special touches include the diamond-cut alloy wheels, finely-sculpted aluminum side mirrors, and rear-hinged doors.

Inside, things are focused solely on the driver. The minimalist interior provides few distractions from the task of driving and includes a long, wide dashboard and an instrument binnacle complete with holographic display. A touchpad controller next to the steering wheel allows drivers to control the car’s many functions without having to take their eyes off the road ahead.

Power comes from Kia’s turbocharged and direct-injected 1.6-liter four-cylinder engine. It’s mated to a seven-speed dual-clutch transmission and sends power to the front wheels. The Novo concept is fitted with innovative adaptive concave profile tires, with a sunken middle section between two contact points serving to cool the rubber and channel excess road water away from the wheels for greater grip. The special tires also help lower rolling resistance and reduce road noise.

Kia states that there are currently no plans to bring the Novo to production, though the brand does have a history of delivering production vehicles that bear a strong resemblance to concept vehicles that precede them.

To see what else is at the Seoul Auto Show, head to our dedicated hub.