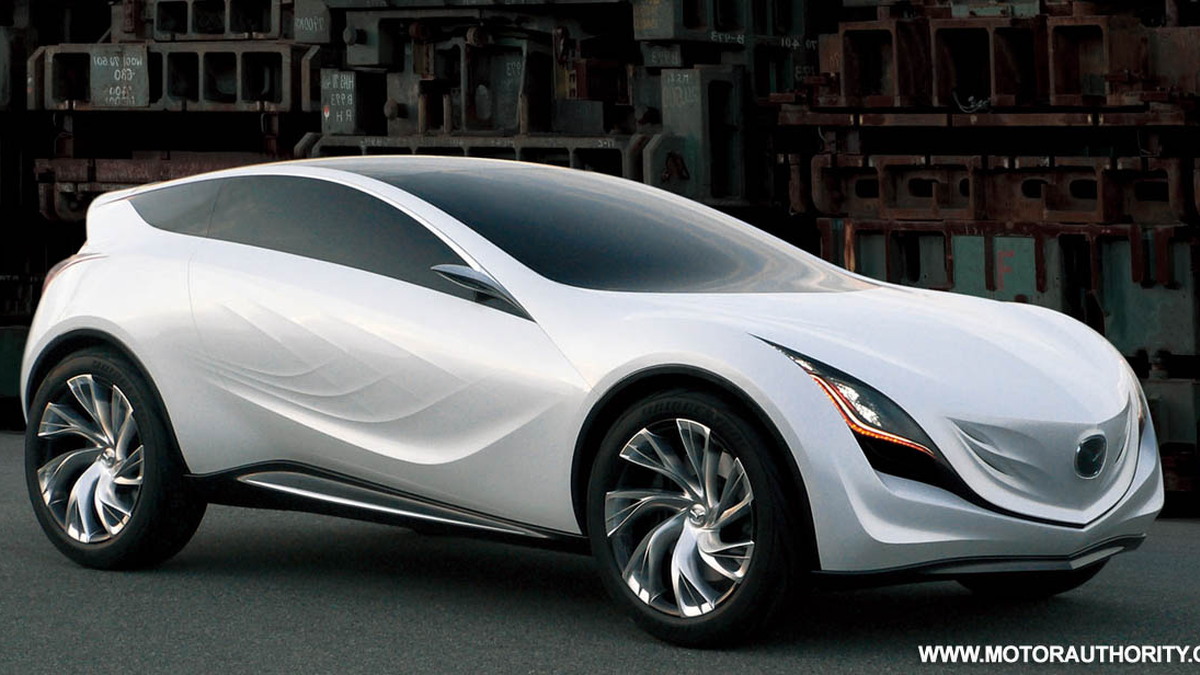 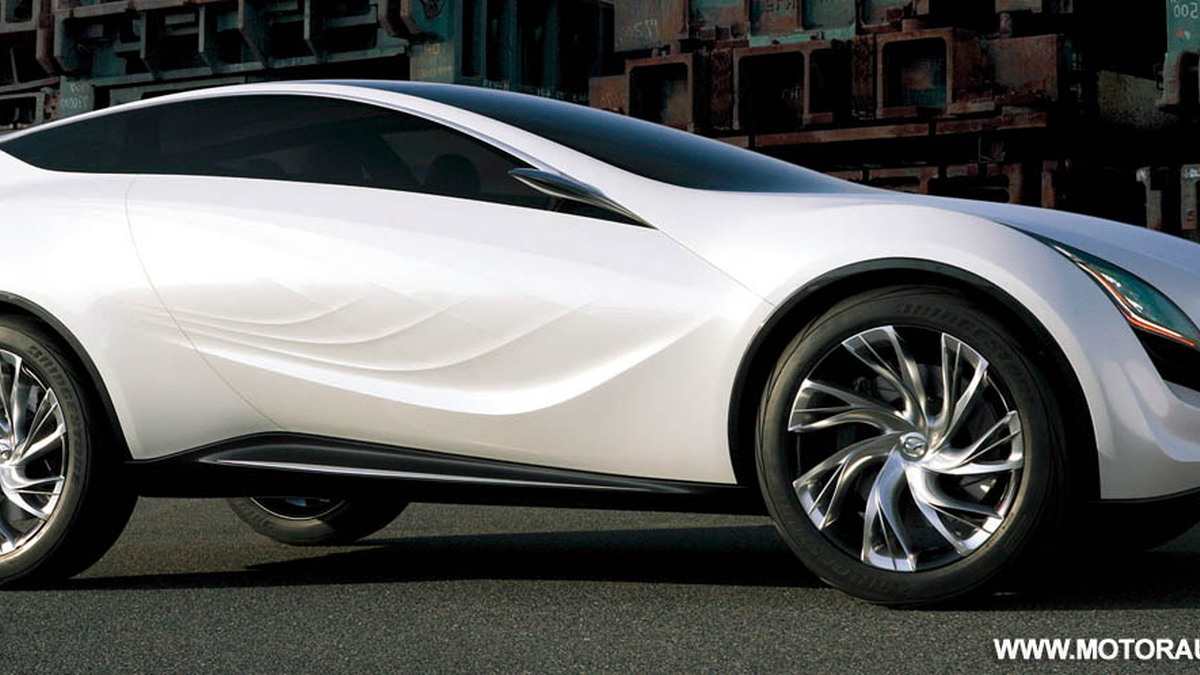 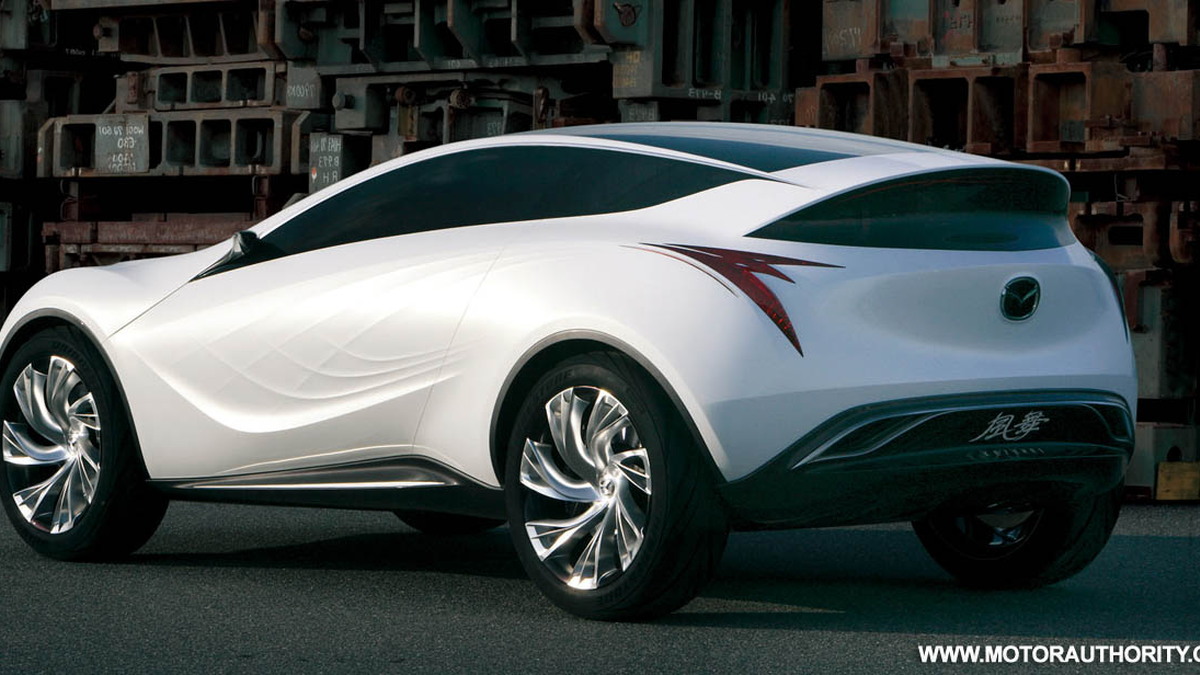 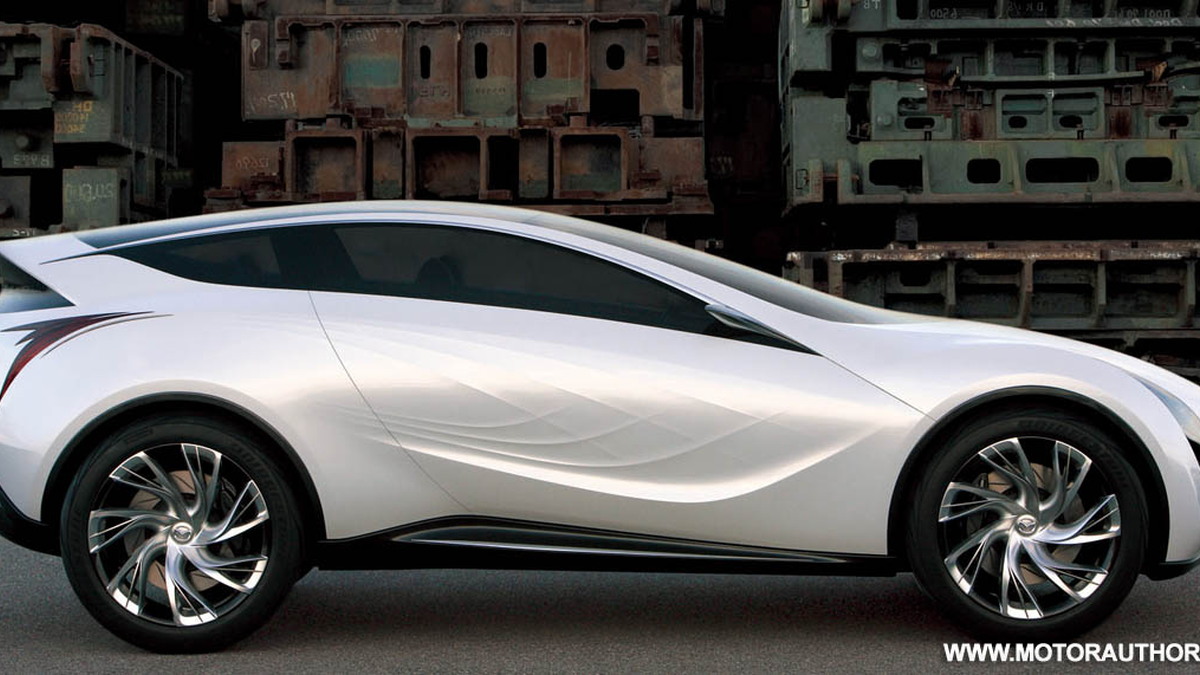 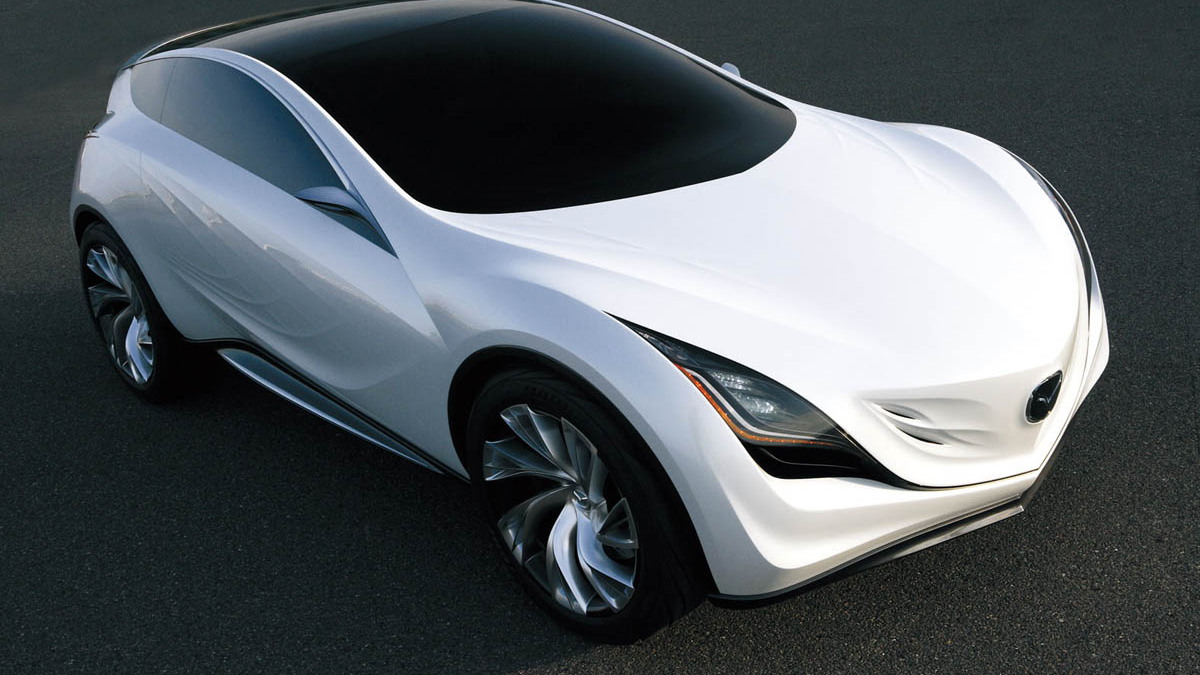 25
photos
Mazda has released the first tentative details for its new Kazamai Concept, which will be on display this week at the Moscow Motor Show. Following in the footsteps of its previous concepts, the Nagare, Ryuga, Hakaze, Taiki and Furai, the Kazamai is modeled around nature and this time the theme is “crosswinds.”

The Kazamai features flowing lines along its panel - similar to the ‘Nagare’ - to denote crosswinds and give on-lookers a sense of visual lightness. Mazda claims that the design has a high emotional appeal, thanks to its strange proportions and non-pedestrian design. The concept car features a five-point grille, bold wheel arches that can barely contain the 22in rims, and a low, sleek roofline, all of which add to this emotional appeal by making the car look as unrealistic as possible.

The vehicle's low roofline, when combined with a flat floor panel and a rear diffuser, also contributes to its aerodynamic profile, which is 10% more aerodynamic than any other vehicle in its segment.

The 2.0L petrol engine in the Kazamai utilizes direct-injection technology and is based on the same unit in the CX-7. Other features include combustion control technology and variable valve control systems, as well as next-generation catalysts for reduced emissions. Drive is sent to all four wheels via a lightweight and compact next-generation six-speed automatic transmission.

Aluminum and aluminum-alloy is used for the bonnet, chassis and engine block. The designers aimed to make it 100kg lighter than similar models by employing plastics for the panels, wheelarches and the engine cover.

Safety for its four passengers, and pedestrians, was also a focus during design. The Kazamai features an advanced body shell design that is expected to feature on future production Mazda models.

On top of this there’s also an anti-rollover stability control system, blind spot monitoring to assist lane changes, a pre-crash safety system and advanced dynamic stability control (DSC) to support the driver. To meet future pedestrian safety requirements, the vehicle also has soft plastic quarter panels and a shock-cone aluminium bonnet that absorbs impact energy and distributes it to protect those involved.

The Kazamai is also fitted with a personal security system. The advanced system monitors the area around and inside the car, and has an automatic alert system which informs the driver in the event of an emergency.