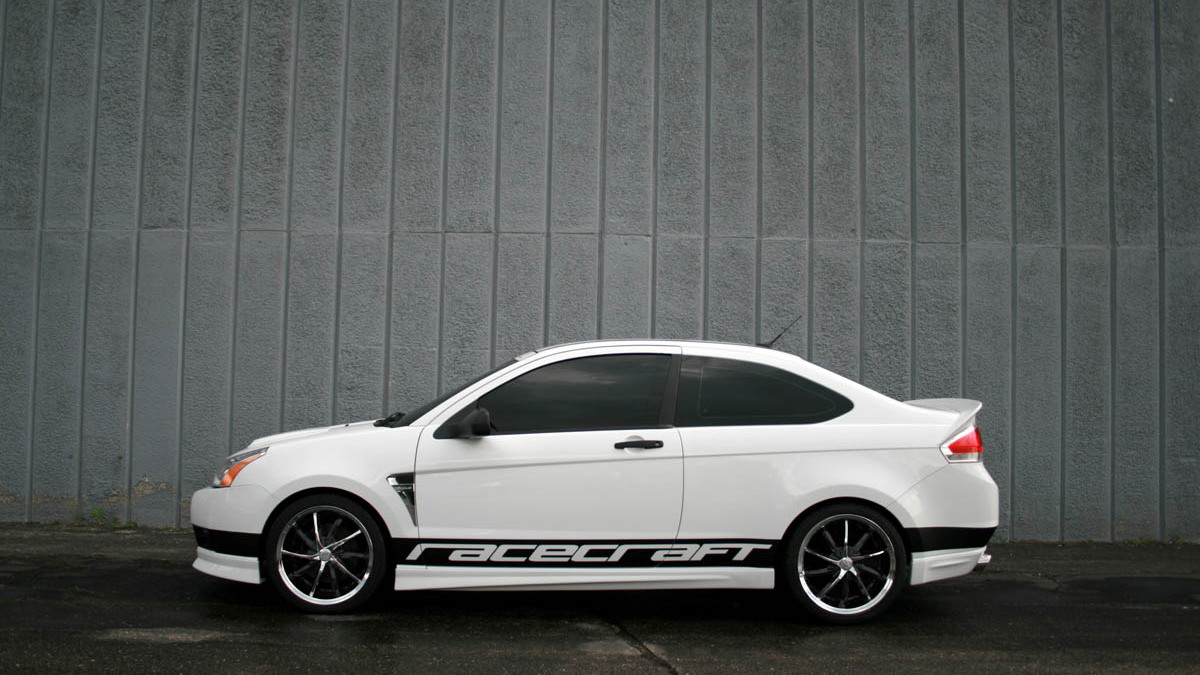 2
photos
Niche sports car manufacturer and legendary Ford tuner Saleen is most widely recognized for its S7 supercar and string of performance V8 Fords, but the company is also keen to attract more budget-minded performance fans. Through its more affordable and practical Racecraft division, Saleen has developed a new concept based on Ford’s North American Focus coupe that the company eventually plans to sell for about $20,000.

Dubbed the RC2 Concept, engineers have added a body kit and performance upgrades to give the standard Focus a much sportier look and feel. Included in the bodykit is a custom front fascia, a mesh grille, aggressive side skirts and a small rear spoiler for added stability. There’s also an updated suspension package, which features stiffer springs and larger sway bars.

A slight power improvement for the stock four-cylinder Duratech engine comes courtesy of dual-tipped exhaust and cold-air intake fed by a functioning hood scoop. No official power figures have been revealed but AutoWeek reports that power is likely up around 15hp (11kW) over the standard 143hp (106kW) 2.0L engine.

According to Saleen the car is designed to be sold as a 'starting point' for tuners to build on, which is why the performance mods have been kept to a minimum. Another Saleen division, SpeedLab, is already working on a new range of performance parts for the Focus as well as a number of other Ford models including the Edge SUV and Fusion sedan.