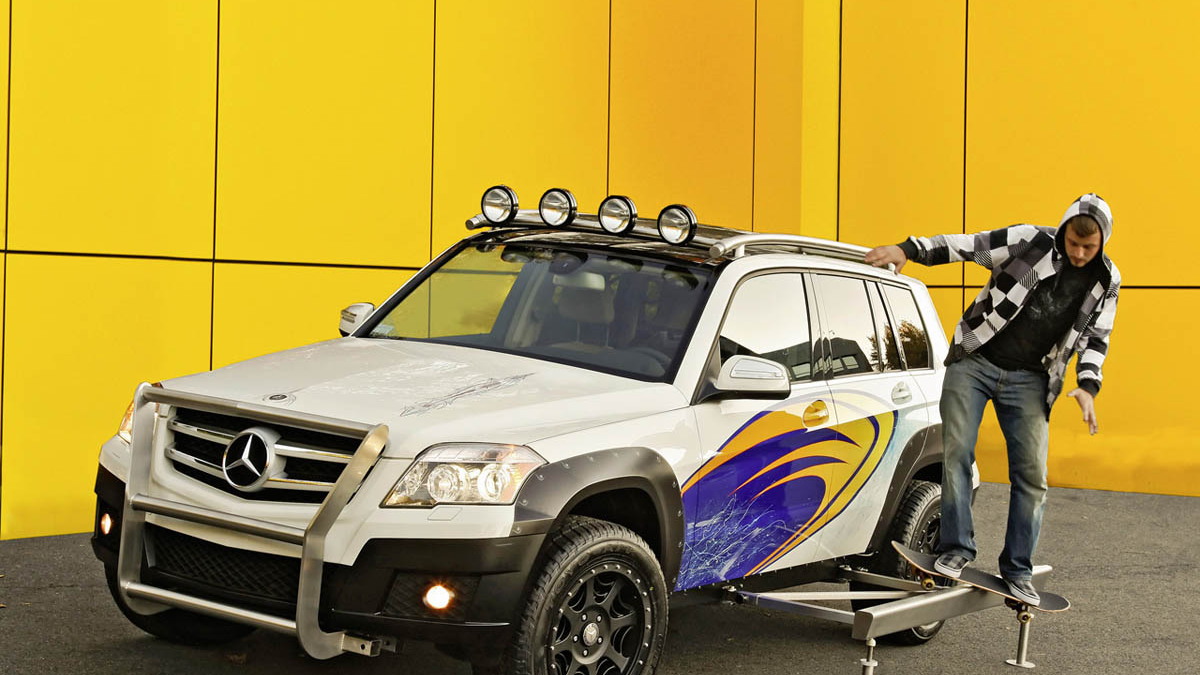 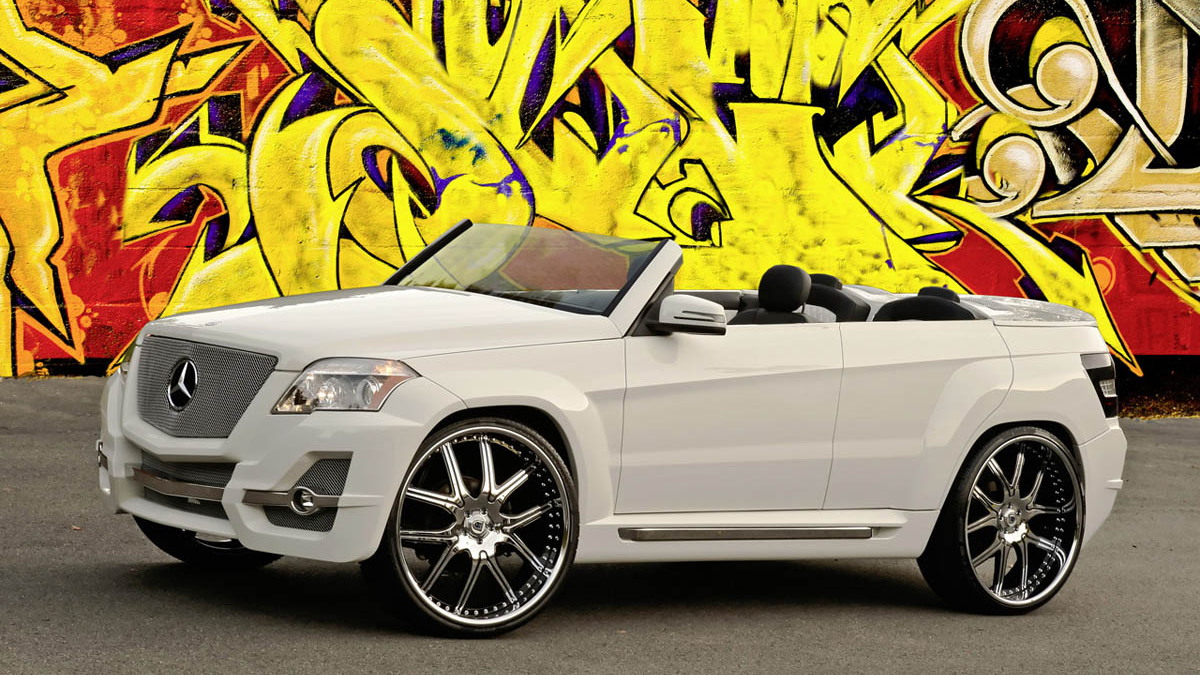 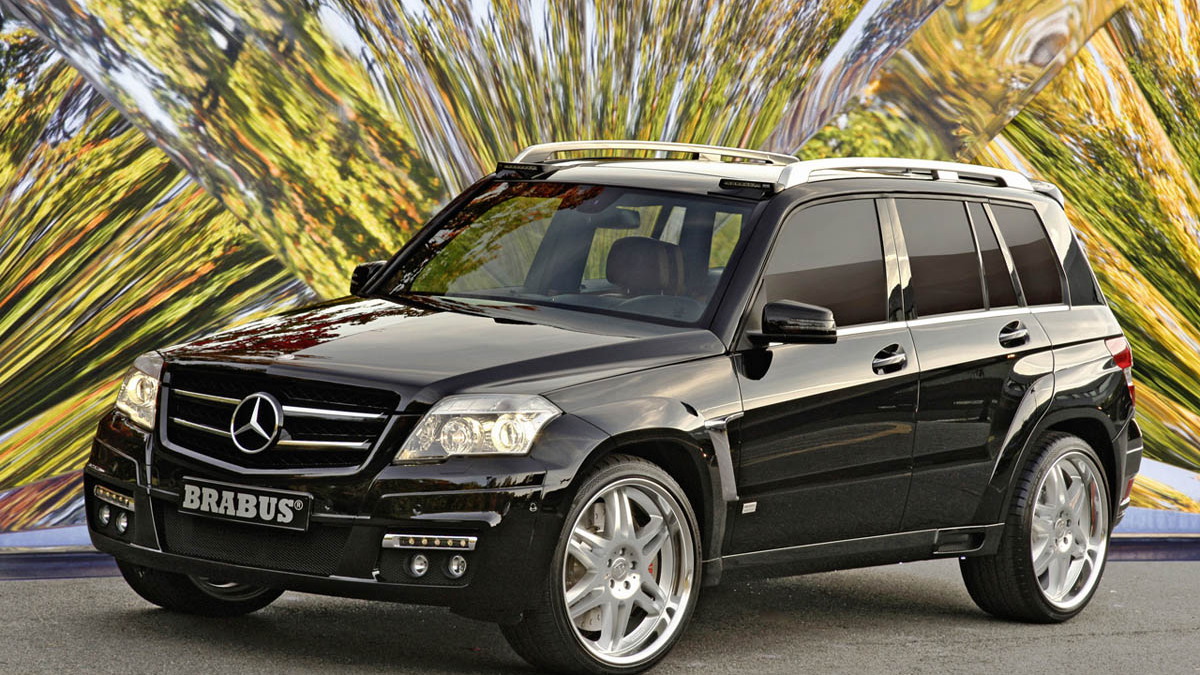 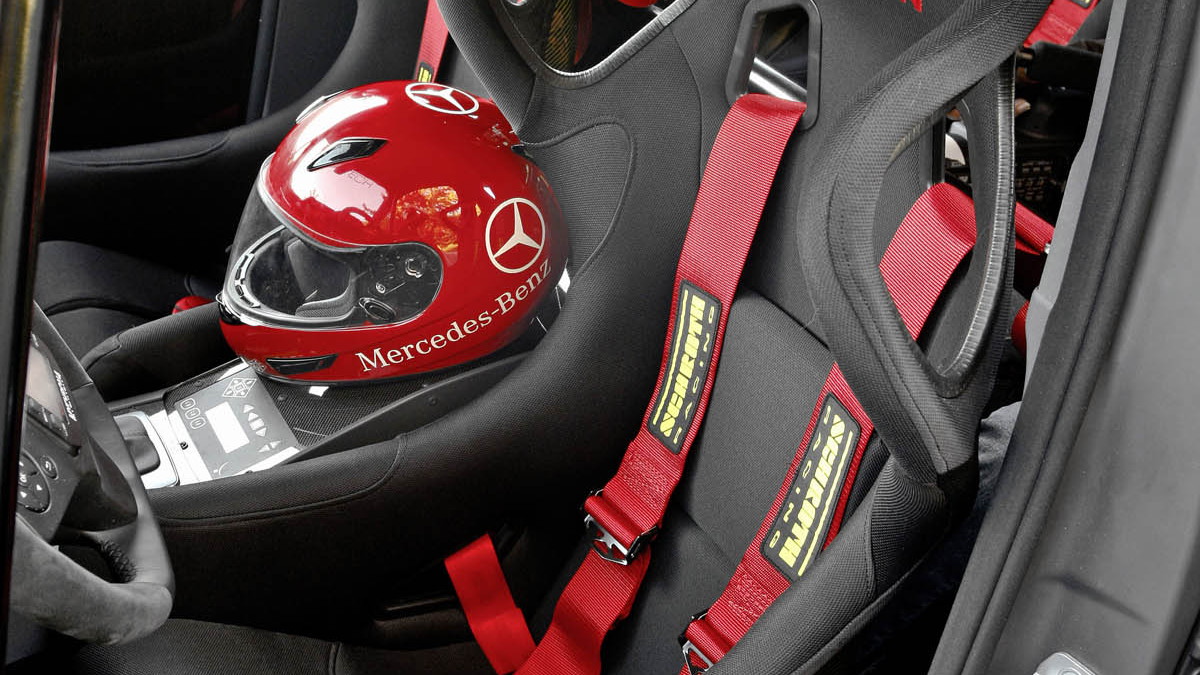 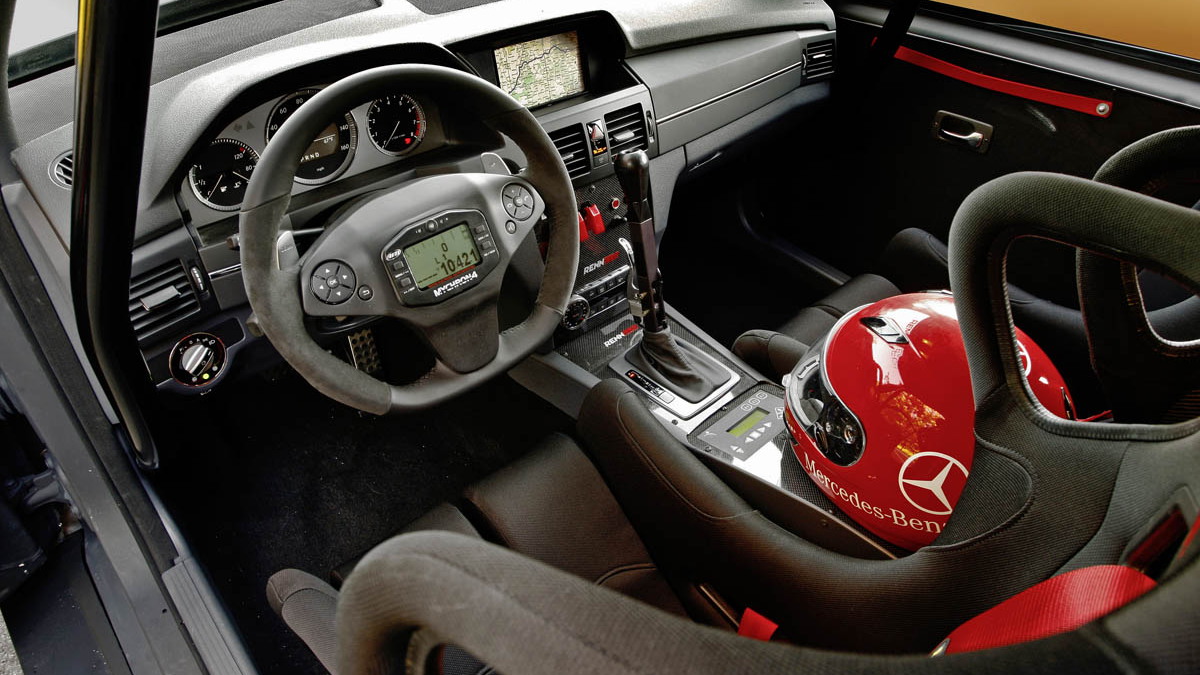 47
photos
The GLK crossover SUV hasn't yet reached the U.S. retail market, but already specialty aftermarket equipment companies are set to brandish their treatments of the new Mercedes-Benz at the 2008 SEMA show, which gets underway tomorrow. All four versions of the GLK have already been previewed, but now Mercedes has released full information on the vehicles in anticipation of their debut in Las Vegas.

BRABUS' Widestar
The first, an example modified by perennial Mercedes specialist BRABUS, will be called the Widestar, and features what the German customizers call a wide-track 'designer suit' for the GLK. The kit is destined for production,

Front and rear wheel arches make way for the wider look, while redone front and rear bumpers give the car the quintessentially BRABUS, and very European, look. Daytime LED running lights throw in a very modern touch, while flared wheel arches allow for more corner-hugging rubber to meet the road, wrapped around 21" wheels.

The interior also gets a fully custom treatment, featuring a total of 50 square meters of leather, covering every bit of the trim. Diagonal stitching on the seats, door panels and the entire floor - all done in cognac leather - gives an opulent look, while the alcantara roof lining in black and the piano black wood trim gives the Widestar even more of a luxurious feel. Finally, the driver gets a sports steering wheel and aluminum pedals to help create an intimate driving experience. Passengers get a multimedia system and a pair of 7" monitors with DVD players.

RENNtech's Rally Racer
The RENNtech Rally Racer, already previewed in a very controversial set of renderings, has gone even further over the top in its real-life incarnation, adding a shade of orange usually reserved for Dodge products, a wing of a size typically found at Air Force installations, and more air inlets, outlets and other surfaces than would be sane to list.

All of the aerodynamics are designed to be fully functional, to provide optimum downforce and handling in rally conditions. A full roll cage, 50:50 weight distribution, custom brakes and 20" 'Sniper Gray' 5-spoke RENNtech wheels help give the vehicle both racing and street appeal.

To top off the package, the company has decided the Rally Racer should be hybrid-powered, adding a 72V NiMH battery-powered system to the 3.5L V6 petrol engine under the hood. The combustion engine is rated at 350hp (261kW), while the focus of the electric drive system is adding torque to help with corner exit, boosting output of the stock engine by 40lb-ft (54Nm). The hybrid system isn't just for show, either.

“The GLK Rally Racer Hybrid is a fully-functioning test bed,” explains Hartmut Feyhl, founder and President of RENNtech. “We will use this vehicle as a proof-of-concept, which we will develop and enhance throughout next year.”

Boulevard Customs' Urban Whip
Florida-based tuners Boulevard Customs will be showing the third of the new design concepts, called the Urban Whip. It too will have a wide-body kit, but it's gone completely topless. In addition, it will feature 26" Asanti wheels, a massive stereo system and a custom interior. The topless roadster aspect, however, dominates the concept's look.

“It was the finishing touch to the whole design,” comments Chris Bradley, president of Boulevard. “The Urban Whip has that extra wow factor to make it a true head-turner.” Not that the eight-pot Brembo big brake kit or the fully custom body treatment are anything to scoff at, much less the 5,700W JL Audio stereo system.

Legendary Motor Cars' Four Corners Rock Crawler
Finally, Legendary Motor Cars will try their hand at turning the GLK - a refined, urbane crossover - into a fearsome rock crawler called The Four Corners Rock Crawler. The primary features of this design concept include a gasoline-powered 'Grinch Winch' system to help propel skate and wakeboarders up to speeds of about 30mph (50km/h) so they can 'grind' along the vehicle's integrated side rails (as pictured in the gallery below).

When the skaters seek more fun, the built-in detachable ramp system is ready to provide it. “We set out to make the Rock Crawler do something that vehicles were never intended to do,” explains the project's chief engineer Ken Stewart. “And the GLK was perfectly suited to the task. It’s not too large and has great interior space for mounting the kind of equipment we needed. It also has this young, active image and the grinding rails work really well with its aggressive styling.”

As for the off-road capability of the vehicle, the stock engine and 4MATIC drivetrain were deemed capable of whatever it might face. To fit the beefy tires needed for real off-road work, however, the Legendary crew actually had to downsize the GLK's stock 19" wheels to 18" diameter. The Toyo Open Country AT mudder tires are more than aggressive enough to make up the difference, however. The interior of the Crawler remains stock.

Competition will determine the fan favorite
In an interesting twist, all four concepts will be pitted against each other in a customer-driven competition. Starting next month, each vehicle will be featured in a video and then combined with online response and feedback at the SEMA show, a winner will be chosen December 2, though exactly what the prize will be for the winning design hasn't yet been announced.

The SUV they're all building on - though some have done away with the stock drivetrain completely - is the GLK350, which features a 3.5L, 268hp (200kW) V6 engine and is fitted with 4MATIC AWD as standard equipment. The first of the GLK350s will hit showroom floors in the U.S. in January, 2009 as a 2010 model. For more about the GLK, read our previous coverage here.