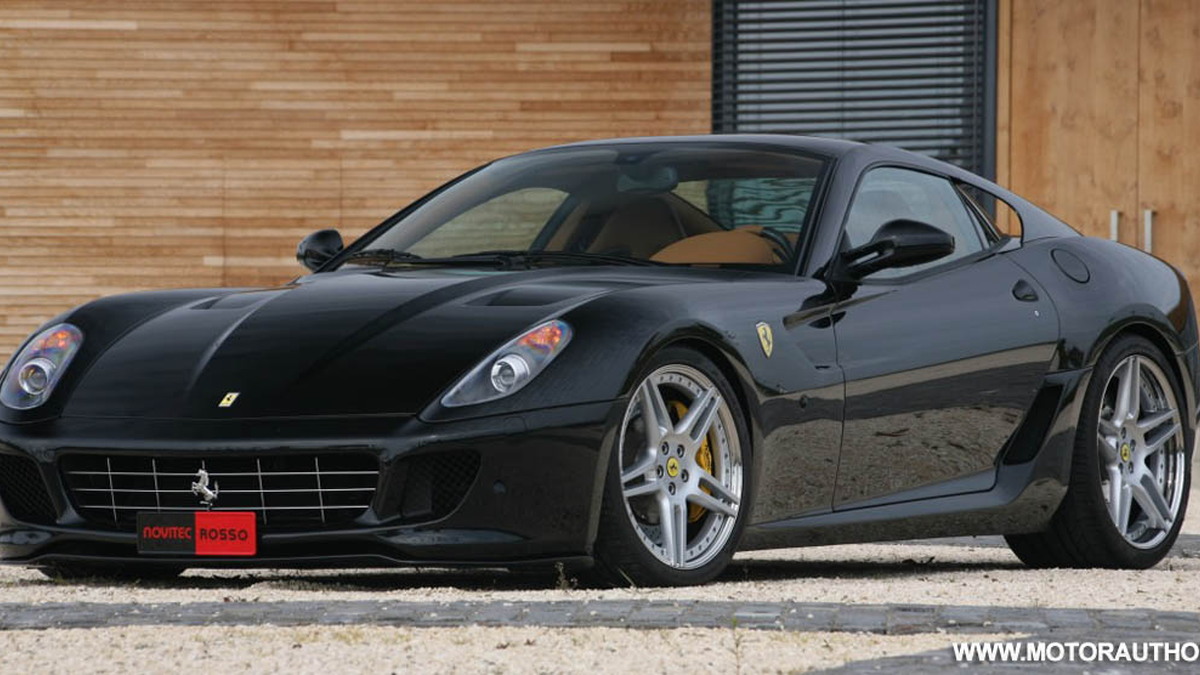 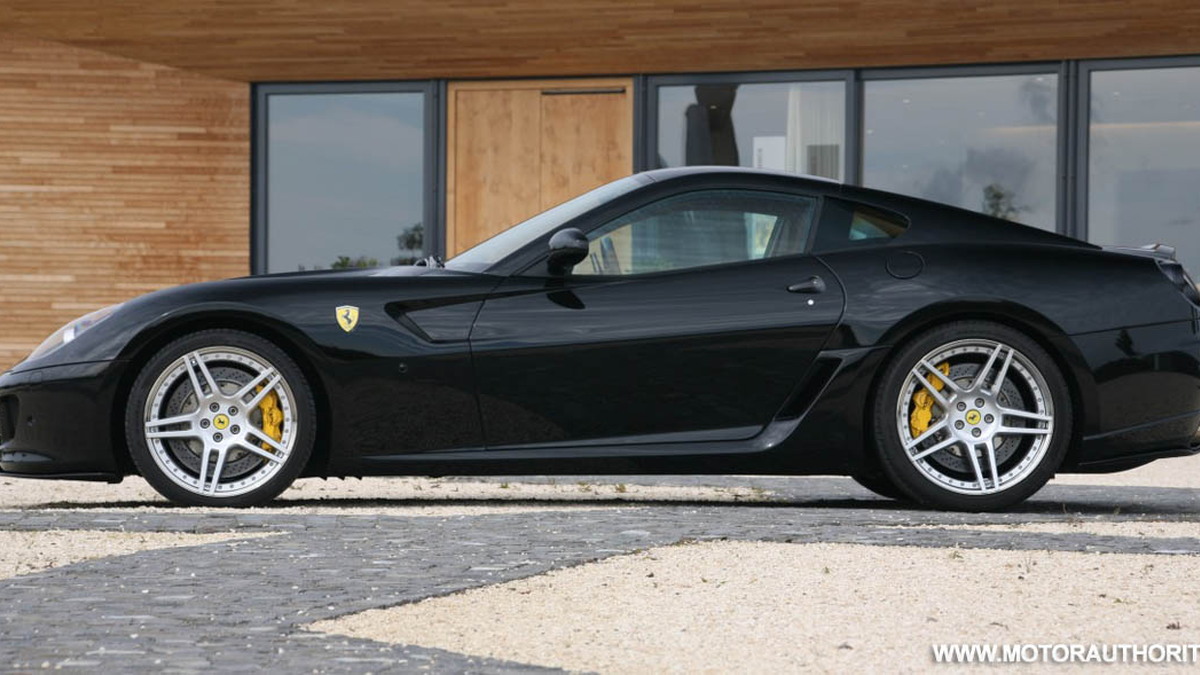 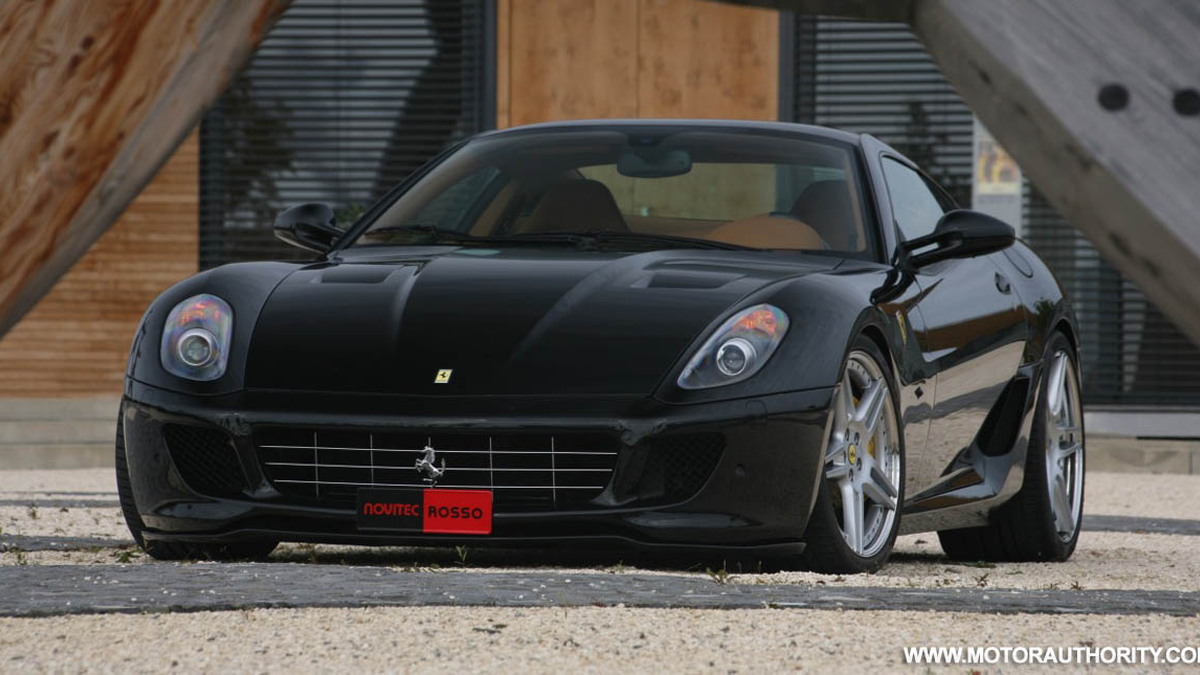 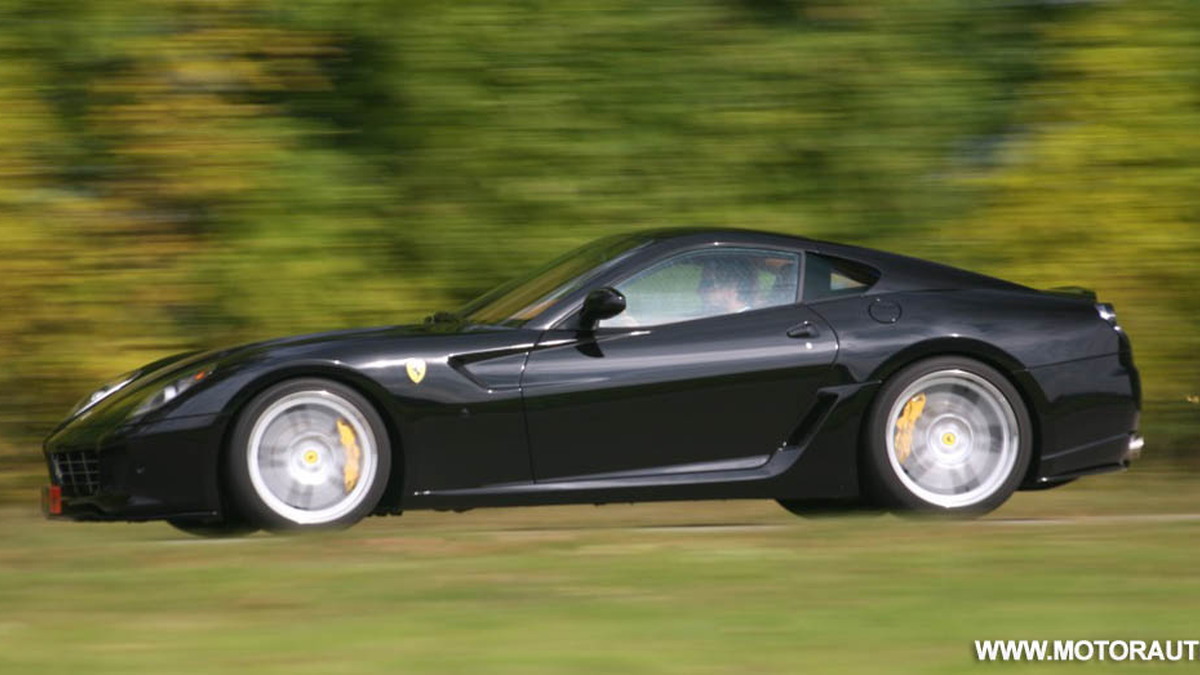 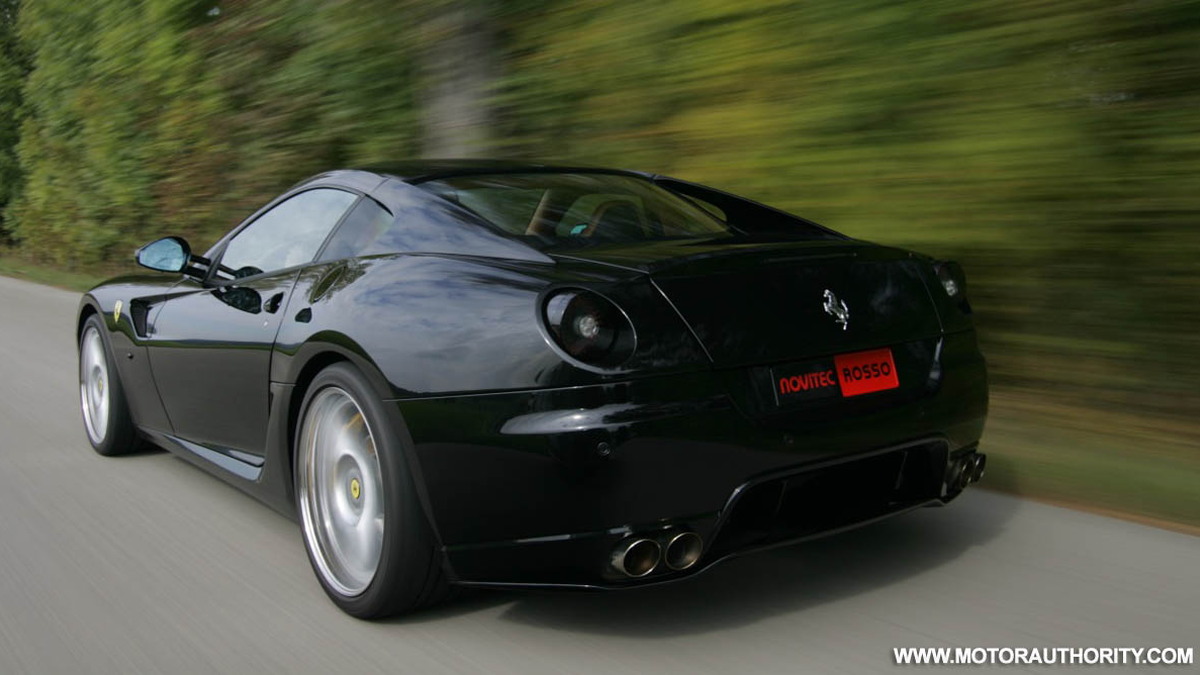 11
photos
German tuner Novitec Rosso has released details about a new modified Ferrari 599 GTB that builds upon its previous version by adding a new forced-induction system. The new package consists of a subtle styling kit for increased downforace, as well as some mild handling upgrades, and a twin-turbocharging kit.

A belt-driven twin-supercharging system is bolted to the engine, producing a relatively mild peak boost pressure of 5.65psi. The compressed air is then cooled down to a level conducive for added power by a large intercooler cooled by a dedicated water cycle. A specially designed intake manifold with high-performance injectors and a sports air filter round out the conversion on the intake side.

The aero kit consists of a new front lip, side skirts with larger air intake openings, side flaps, a new rear wing and bumper with an integrated diffuser. The car also gets new 20in wheels at the front with larger 21in alloys at the rear and 355mm Pirelli P Zeros. Other changes to the 599 include a KW Automotive adjustable aluminum suspension kit, as well as new 405mm brake discs with Brembo six piston calipers.