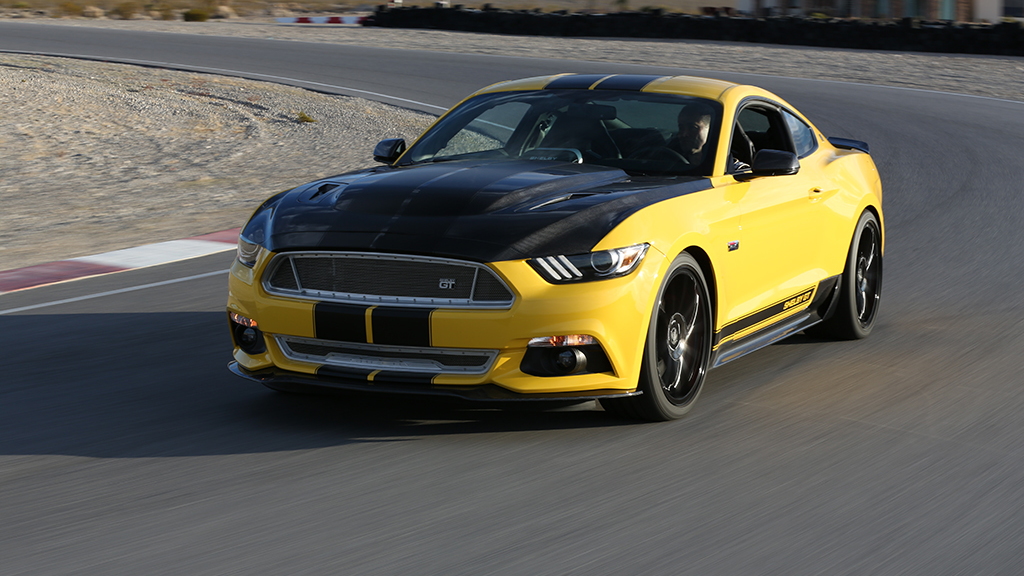 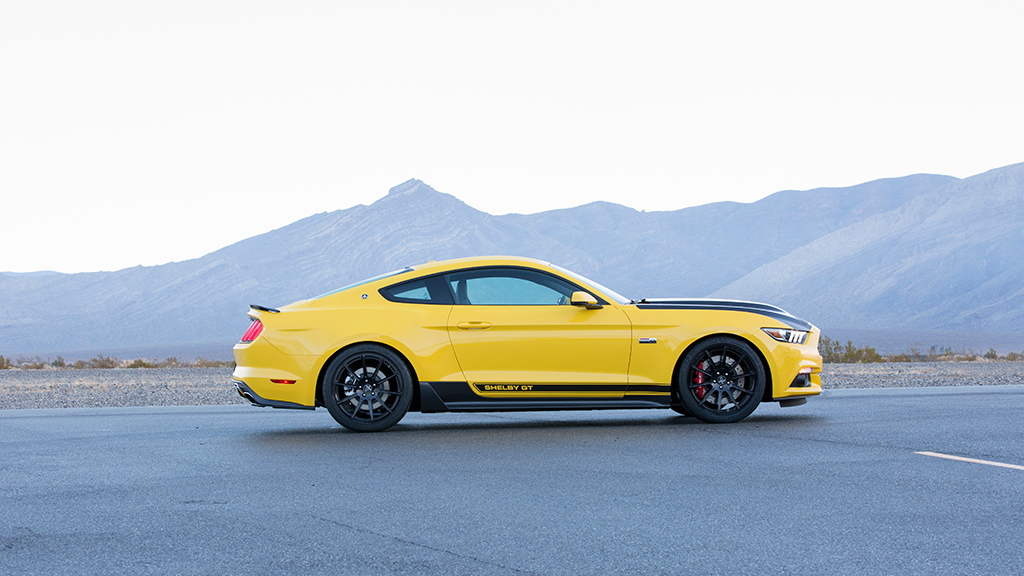 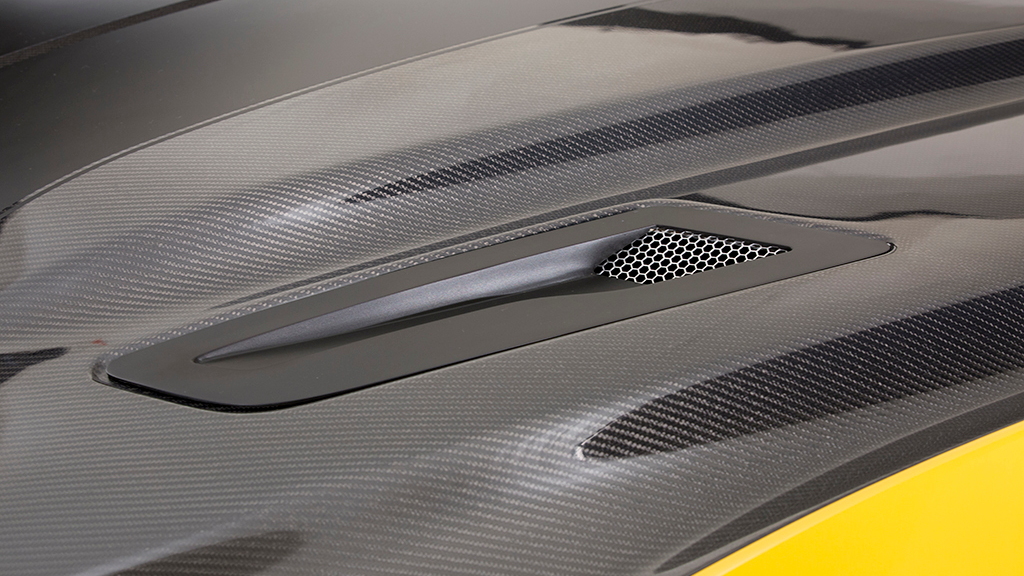 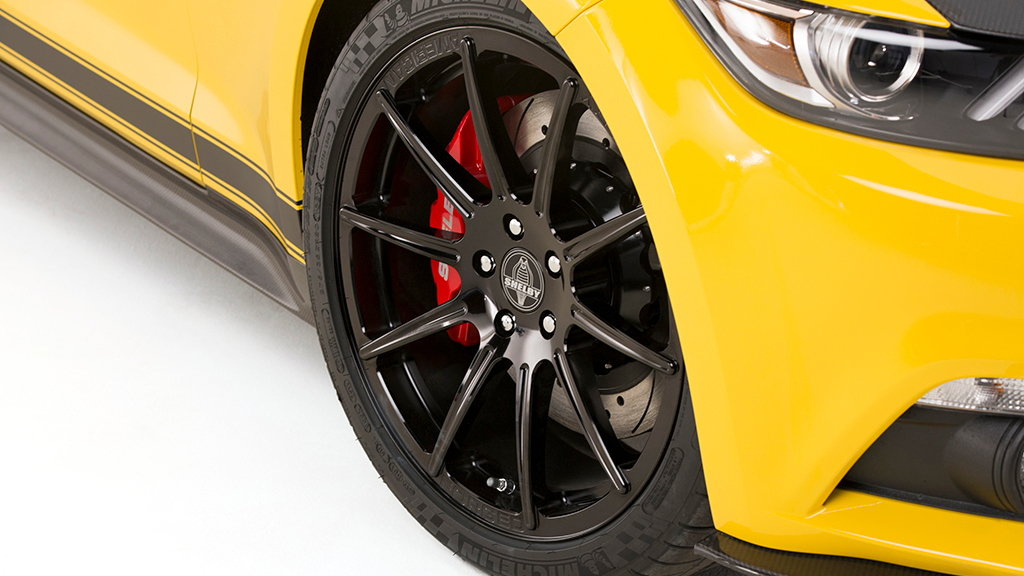 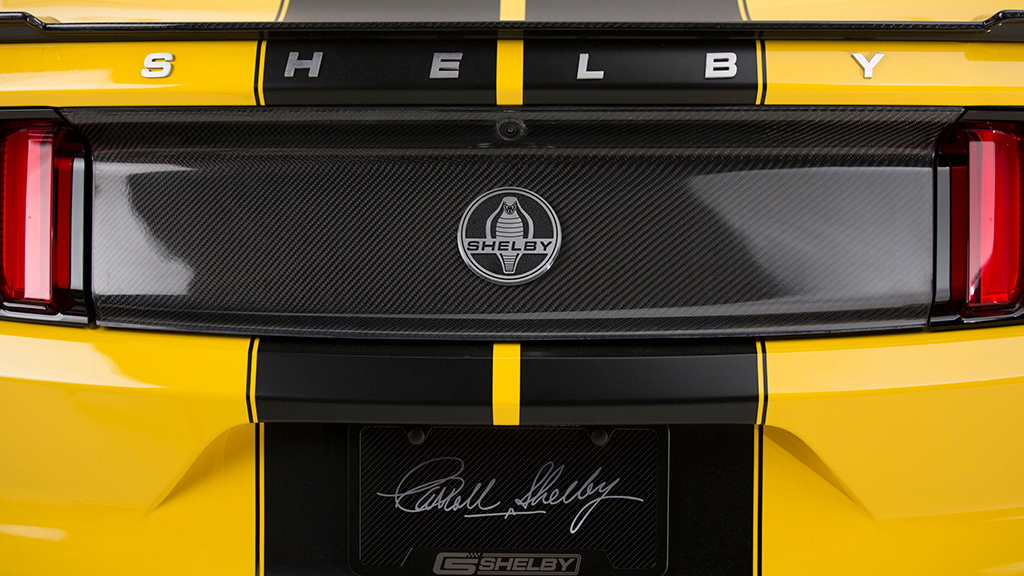 Shelby American’s first vehicle based on the Ford Motor Company’s [NYSE:F] sixth-generation Mustang was the Shelby GT, which is built from a donor Mustang GT and delivers in excess of 600 horsepower thanks to a custom supercharger upgrade for the car’s 5.0-liter V-8. But as Shelby expands outside of North America for the first time, the tuner has had to accept that in some markets there is significant demand for its products minus the V-8 engine.

That’s why the Shelby GT is now also available with the Mustang EcoBoost’s turbocharged 2.3-liter four-cylinder engine. Ford doesn’t offer its V-6-powered Mustangs outside North America, hence the reason Shelby has focused on the four-banger.

“Ever since Ford announced that its terrific new Mustang would be available worldwide, requests for Shelby versions of the car have rolled in from across the globe,” Shelby American CEO Joe Conway said in a statement. “Since the majority of Mustangs that Ford offers in many of those countries will be the EcoBoost model, our team has been developing a Shelby GT model for the nimble new turbocharged four-cylinder car, as well as the V-8-powered GT.”

Shelby’s upgrades for the car see output dialed to 335 horsepower, up from 310 hp in the stock model. The cars also benefit from sharper handling, beefier brakes, 20-inch wheels, a new exhaust, carbon fiber aero aids, and various interior mods. Crucially, the vehicles are included in the official Shelby registry, even those examples being built in licensed workshops located around the globe.

Shelby says the package was specifically developed for a new network of ‘Shelby Mod Shops’ that will stretch from Europe to South Africa, China and Australia. They will add the Shelby package to a Ford Mustang that a customer has purchased locally. Of course, it’s also available Stateside.

Anyone with a Mustang EcoBoost can turn their car into a Shelby GT for $23,995. From here, there’s a lost list of optional extras that can be added including more aggressive brakes, stronger half shafts, more cooling, new brake ducts, and carbon fiber body accents.