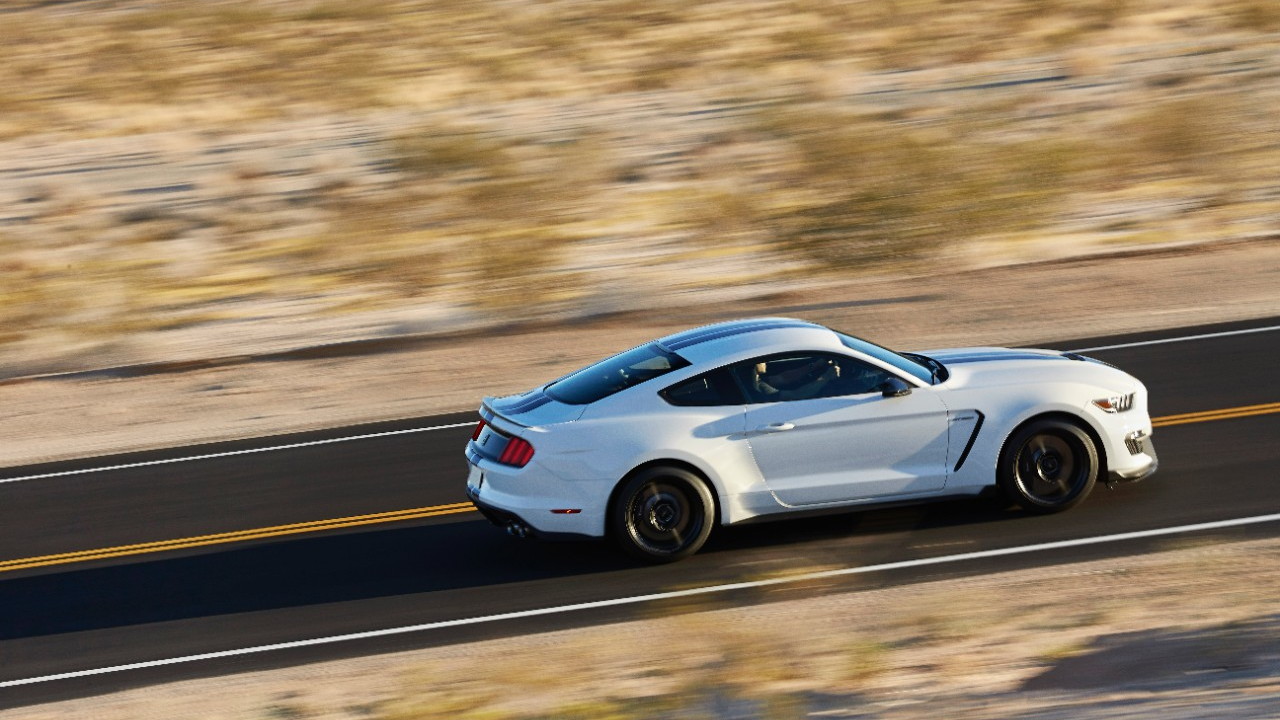 If you thought the all-new 2016 Ford Mustang Shelby GT350 unveiled last week at the Los Angeles Auto Show was the end of the road for factory tuning of the new Mustang platform, then you’d be wrong. Yes, the GT350 that we’ve all been drooling over for the past few days is actually the vanilla model, as an even more potent GT350R is said to be coming to January’s Detroit Auto Show.

The information was first reported by Road & Track, which claims the GT350R will pack even better brakes, aero tweaks, stickier rubber, and more. This may help to explain why prototypes for the new GT350 spotted at Germany’s Nürburgring last summer featured much more substantial upgrades than the car shown in L.A. last week.

Carroll Shelby’s own GT350 from the 1960s had a GT350R variant, which was extremely limited and produced for competition use. In addition to more power, these cars were stripped of everything except the bare essentials and they also had a series of weight saving mods such as fiberglass body panels and Plexiglass windows. Expect similar upgrades for the modern GT350R.

Other details gleaned from Road & Track include the likely scenario that the Ford Motor Company [NYSE:F] won’t build a convertible conversion of the GT350 because this would be contrary to the car’s track-focused ethos. And it’s also likely that a right-hand-drive version of the car won’t be built.