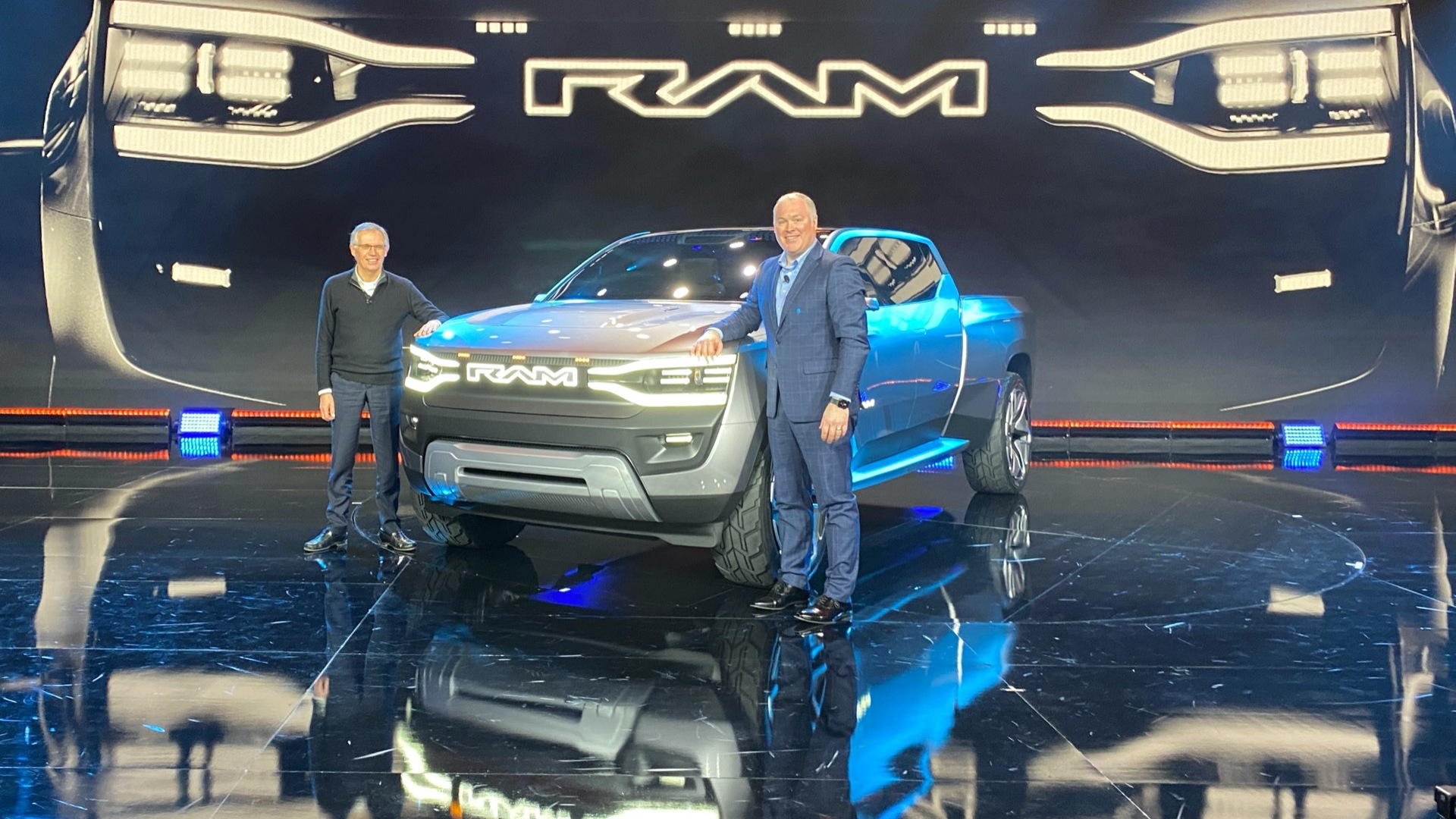 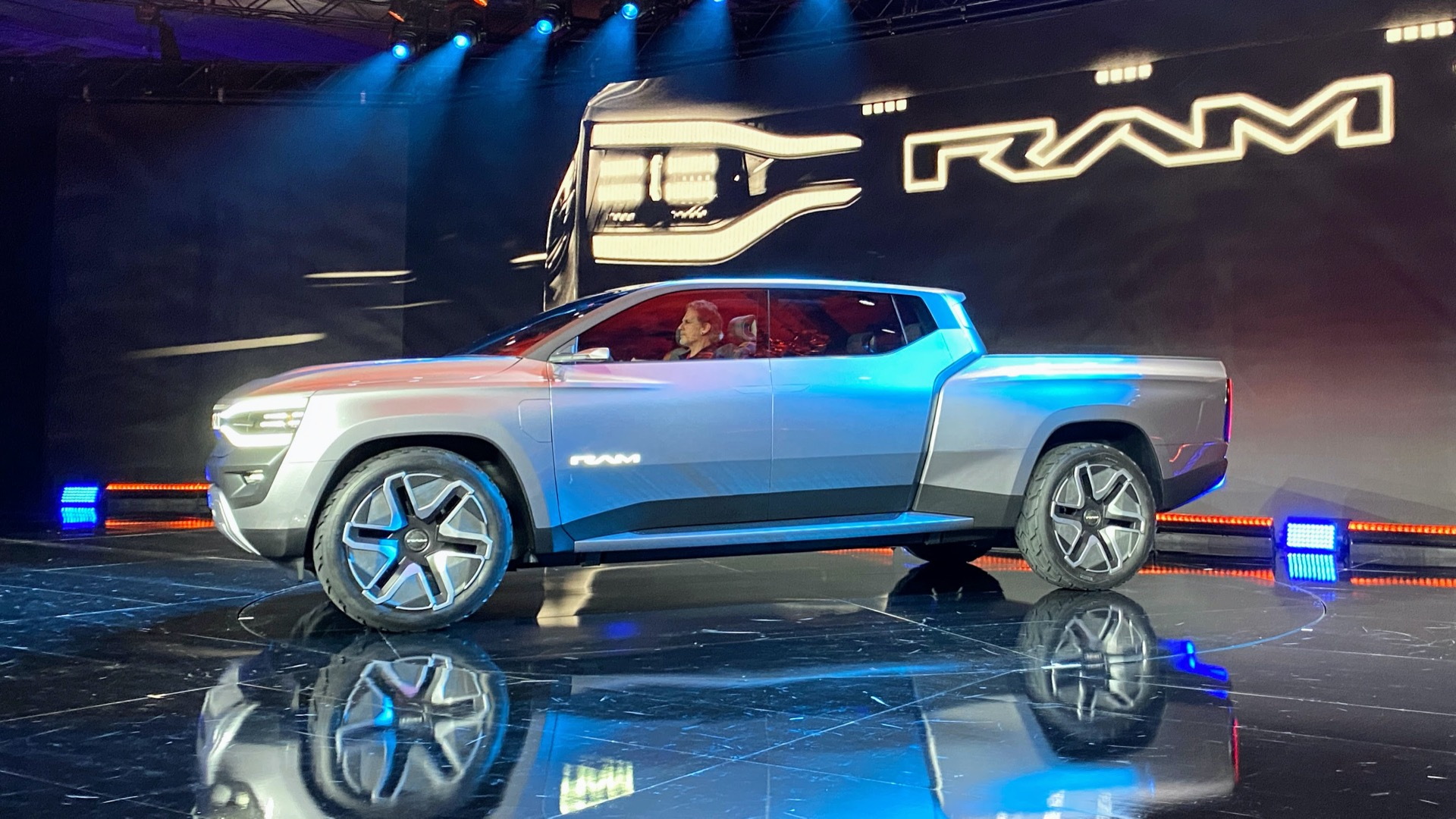 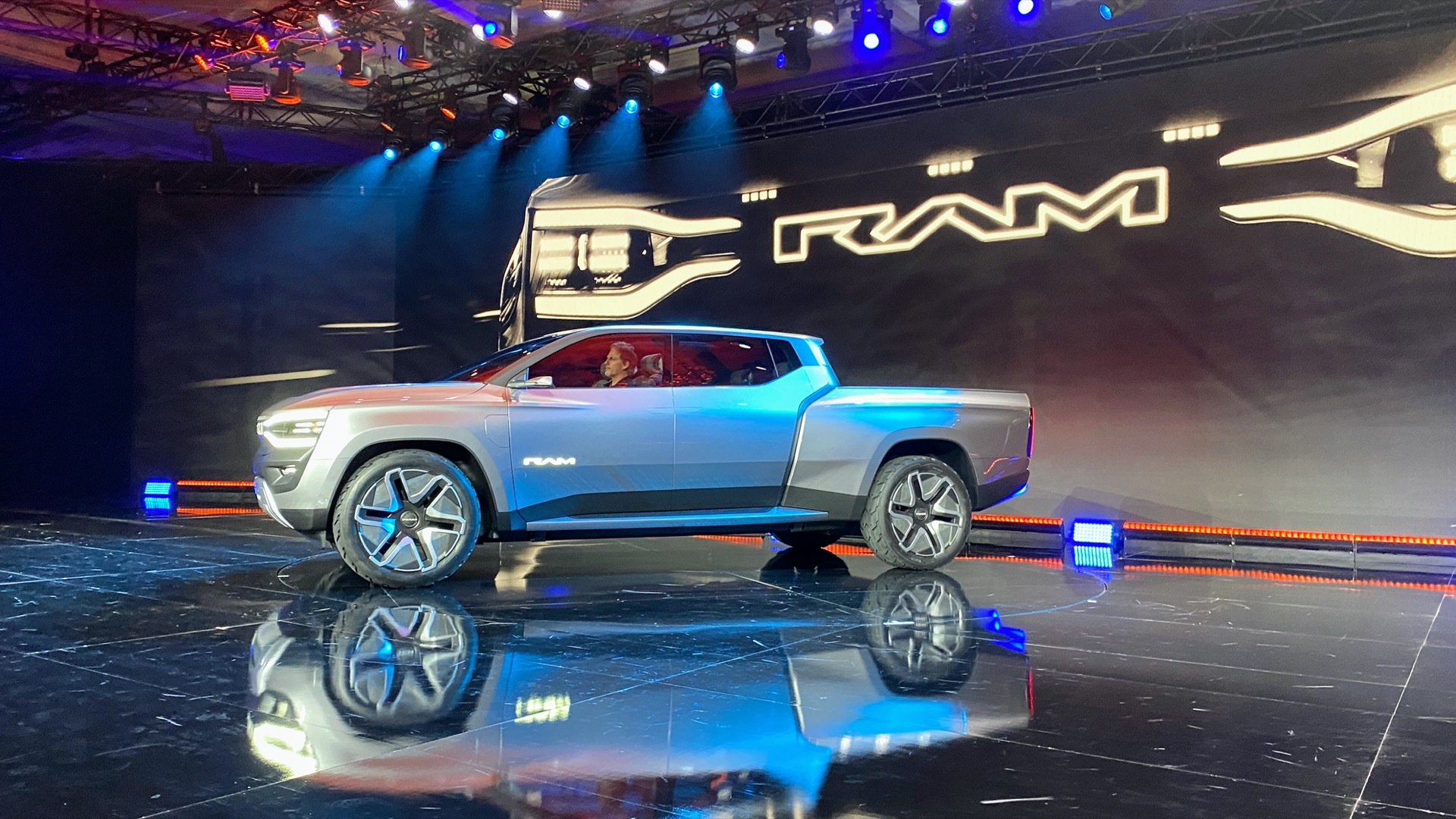 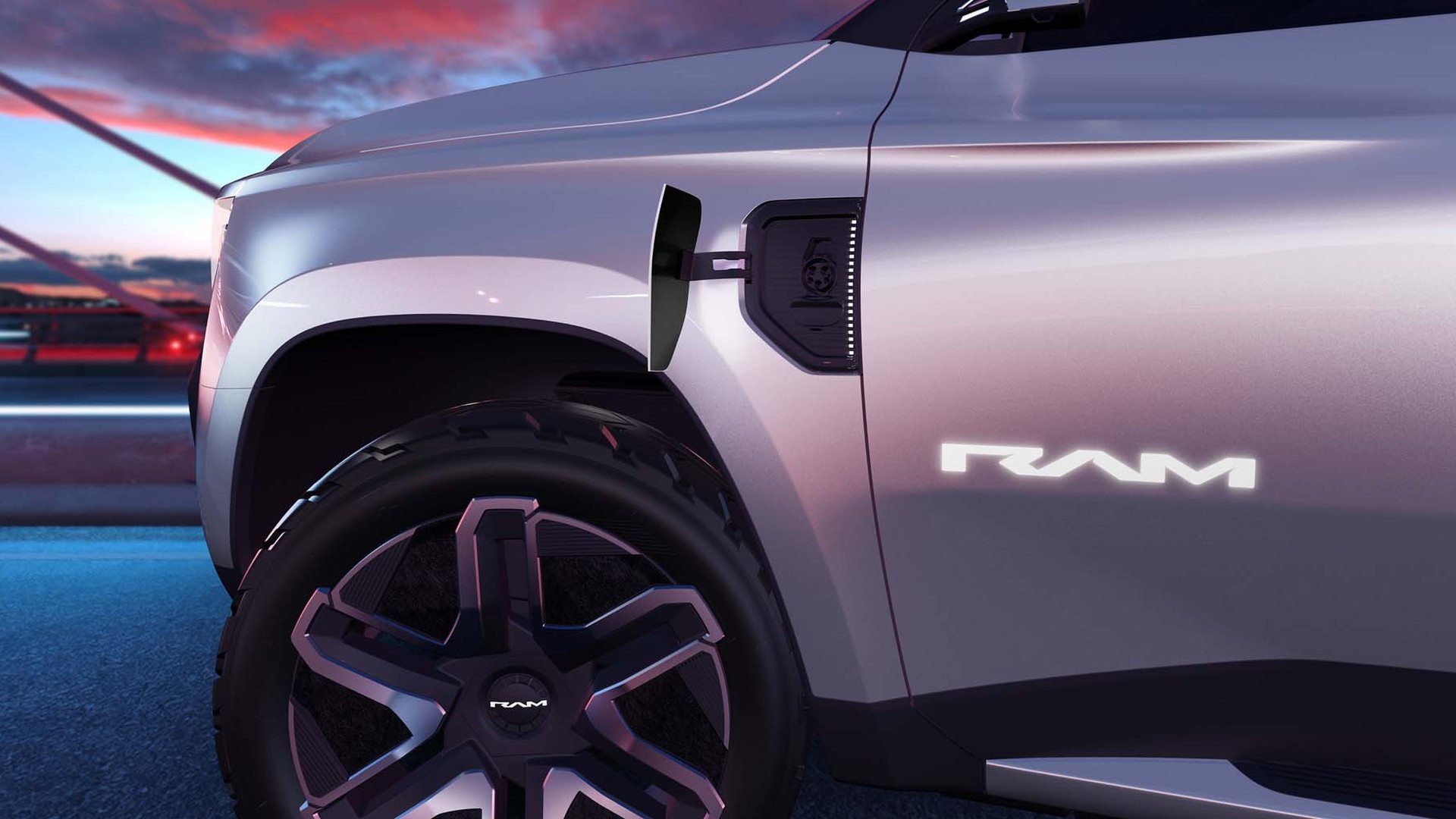 Ram on Thursday unveiled the 1500 Revolution BEV concept at the 2023 CES in Las Vegas.

The concept previews an electric production model that's set for reveal in the coming months and confirmed to reach dealerships in 2024.

Ram is a little late to the electric truck party, but the brand's claims make it seem worth the wait. Ram said the planned 1500 BEV will be a leader when it comes to important metrics like towing capacity and payload, as well as range and charging times.

That's a big ask given the impressive performance of electric pickups that have already been launched such as the Rivian R1T and Ford F-150 Lightning.

Compared to those trucks, as well as the upcoming Chevrolet Silverado EV and related GMC Sierra EV Denali, the 1500 Revolution BEV has a bolder design that looks to blend styling cues from a traditional pickup with those of a sleek grand tourer. It also features coach doors at the rear, lacks B-pillars, and replaces the side mirrors with a camera-based system.

While some of these elements are unlikely to make it to production, the unique shape with its long cabin should remain. Ram said the compact size of electric motors meant the cabin could be stretched farther forward, resulting in a cabin that's roughly four inches longer compared to the current 1500. The bed length is about the same between the two trucks. 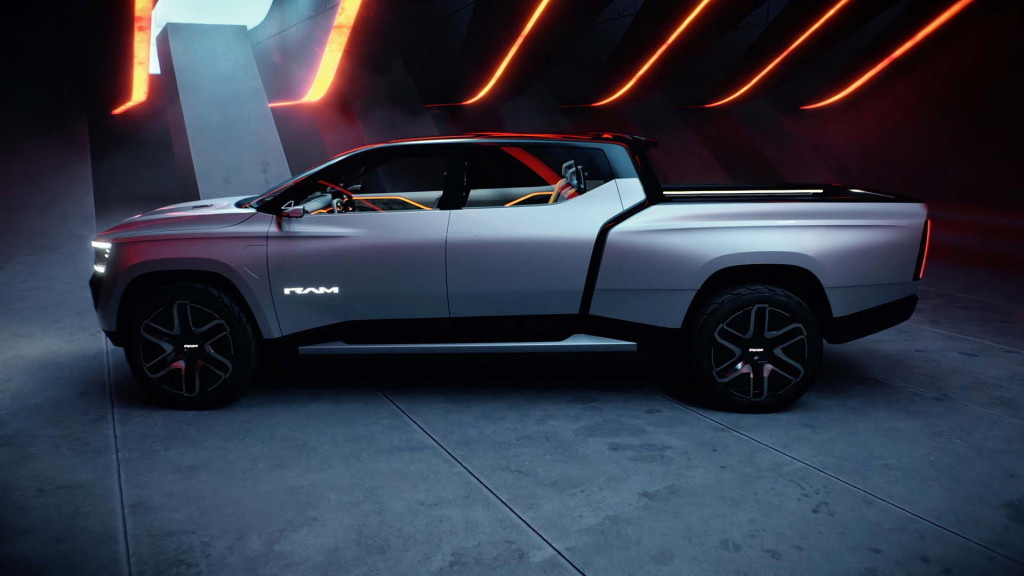 The longer cabin allowed designers to incorporate a third row with jump seats. The jump seats are mounted to a power mid-gate with a power window. The EV design also allows for a pass-through that extends into the front trunk, allowing for objects 18 feet long to be fitted with the mid-gate open and the power multi-function tailgate closed.

At the front of the cabin, the tuning fork motif of the headlights is repeated on the dash, which houses two stacked screens that form a large, portrait-style display spanning 28 inches. Additional technologies include a head-up display with augmented reality, a Level 3 self-driving system, a surround-view camera system, and an AI-powered virtual assistant. The truck also has a voice-activated feature that allows it to follow its owner for short distances, which can save time if the truck needs to be moved slightly, like at a work site or in a garage. 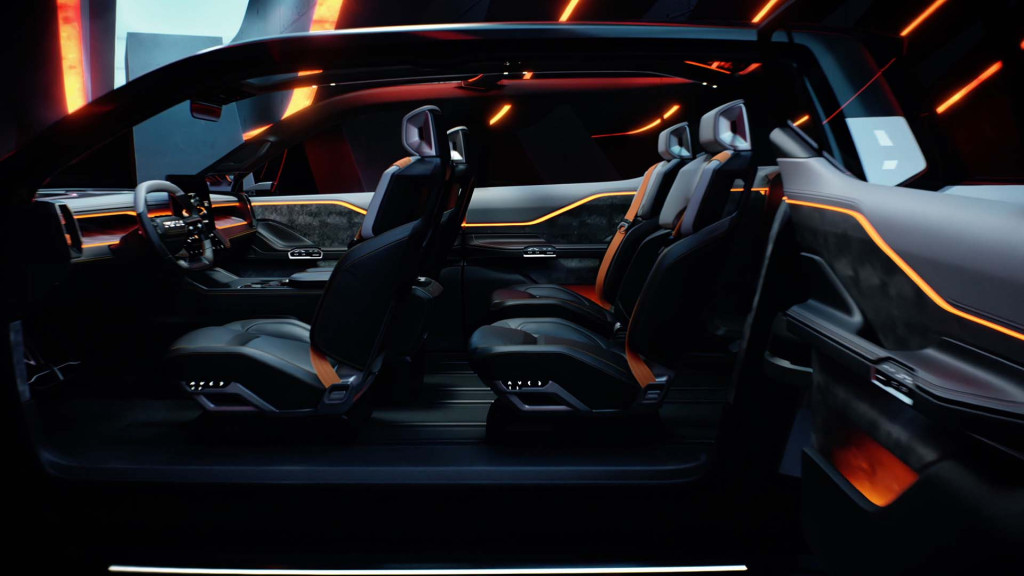 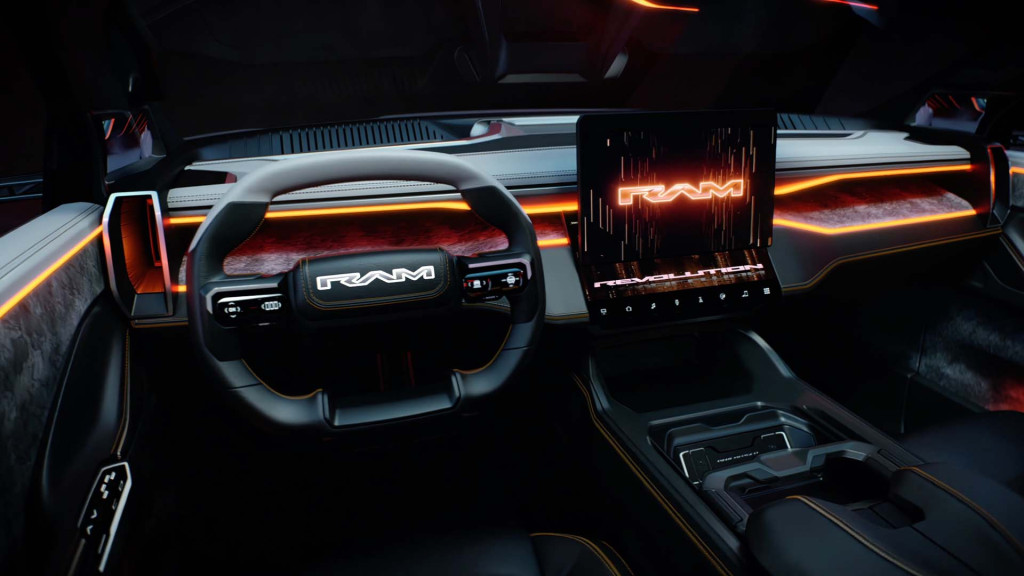 The concept uses a dedicated EV platform known as STLA Frame EV. One of four modular designs that will underpin future EVs across the board at Ram parent company Stellantis, STLA Frame EV has been designed for body-on-frame vehicles like pickup trucks, large SUVs, and some commercial vans, and in some guises will offer up to 500 miles of range. Ram hasn't said what range the 1500 BEV will have or what the battery size will be, but the automaker said for the concept, a 350-kw DC fast-charger can add up to 100 miles in just 10 minutes.

Drive comes from front and rear electric motors. Bigger motors can be used for a potential high-performance model, Ram said. In other words, don't be surprised if the future 1500 BEV eventually spawns a model like the current 1500 TRX. The STLA Frame EV platform also supports rear-wheel steering and a self-leveling system. 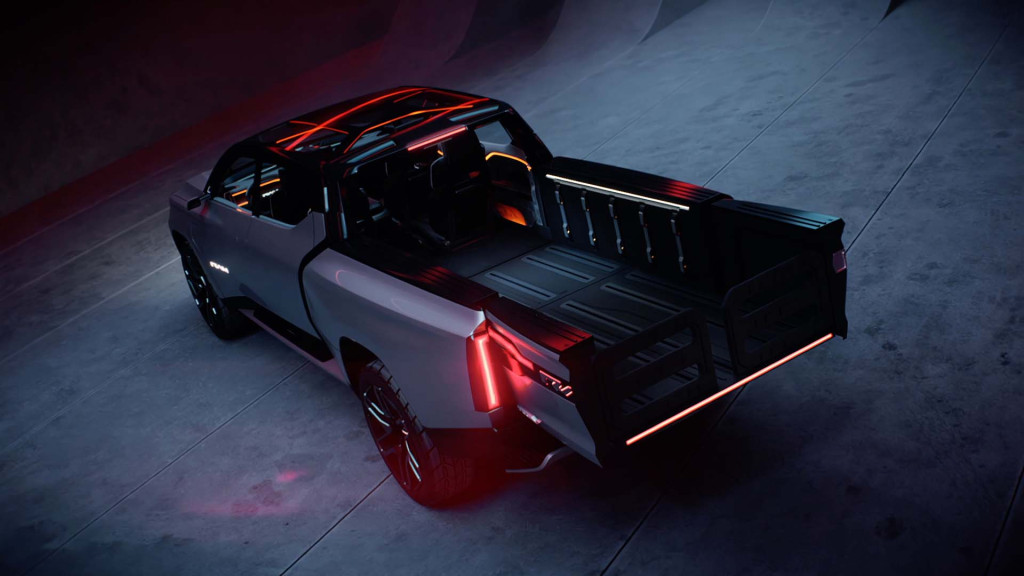 Despite the impending arrival of the 1500 BEV, Ram doesn't plan to abandon the internal-combustion engine just yet. The automaker will, however, electrify its full lineup within the coming years, it announced at CES, including adding a possible Ram 1500 REV plug-in hybrid.