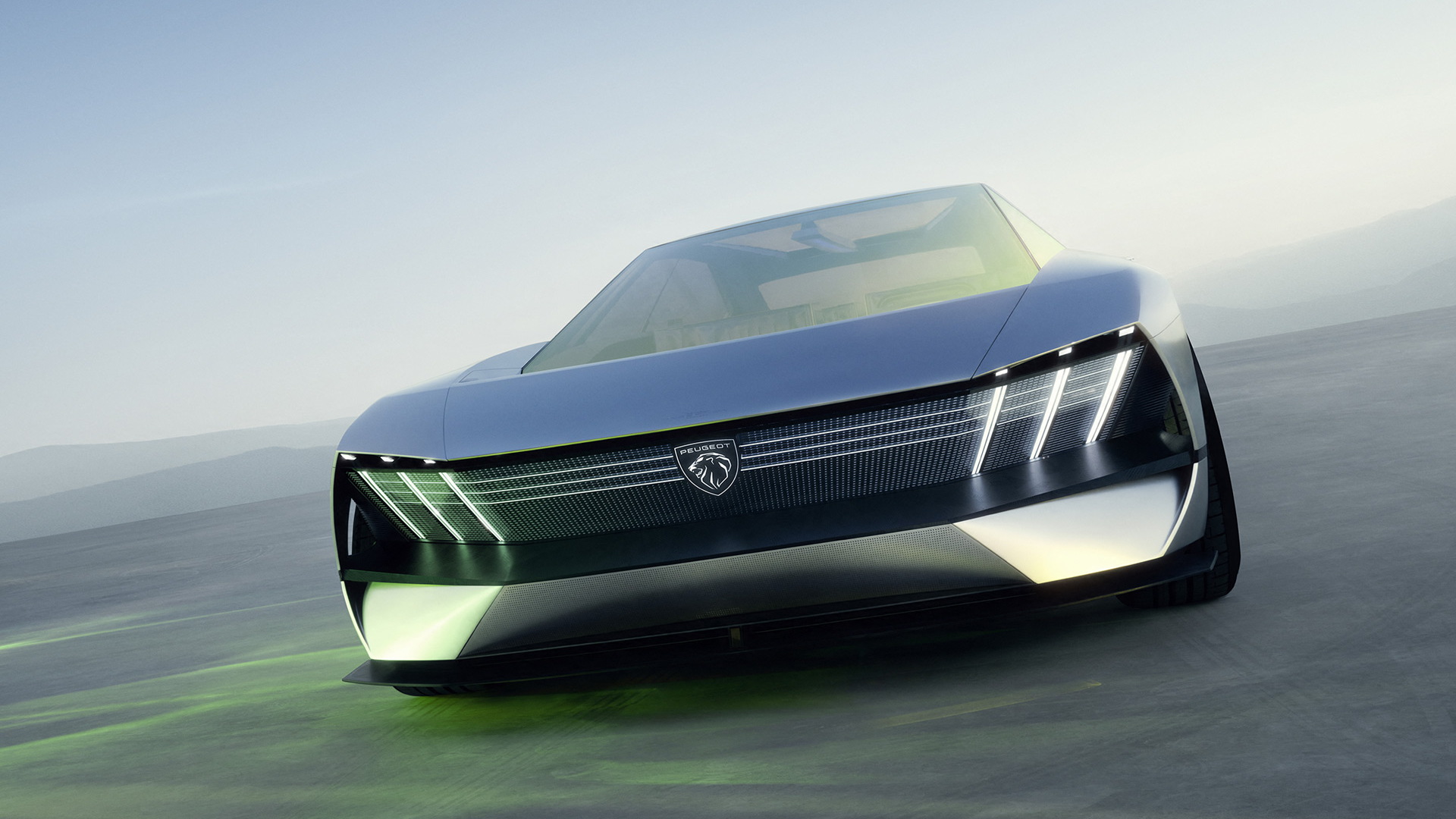 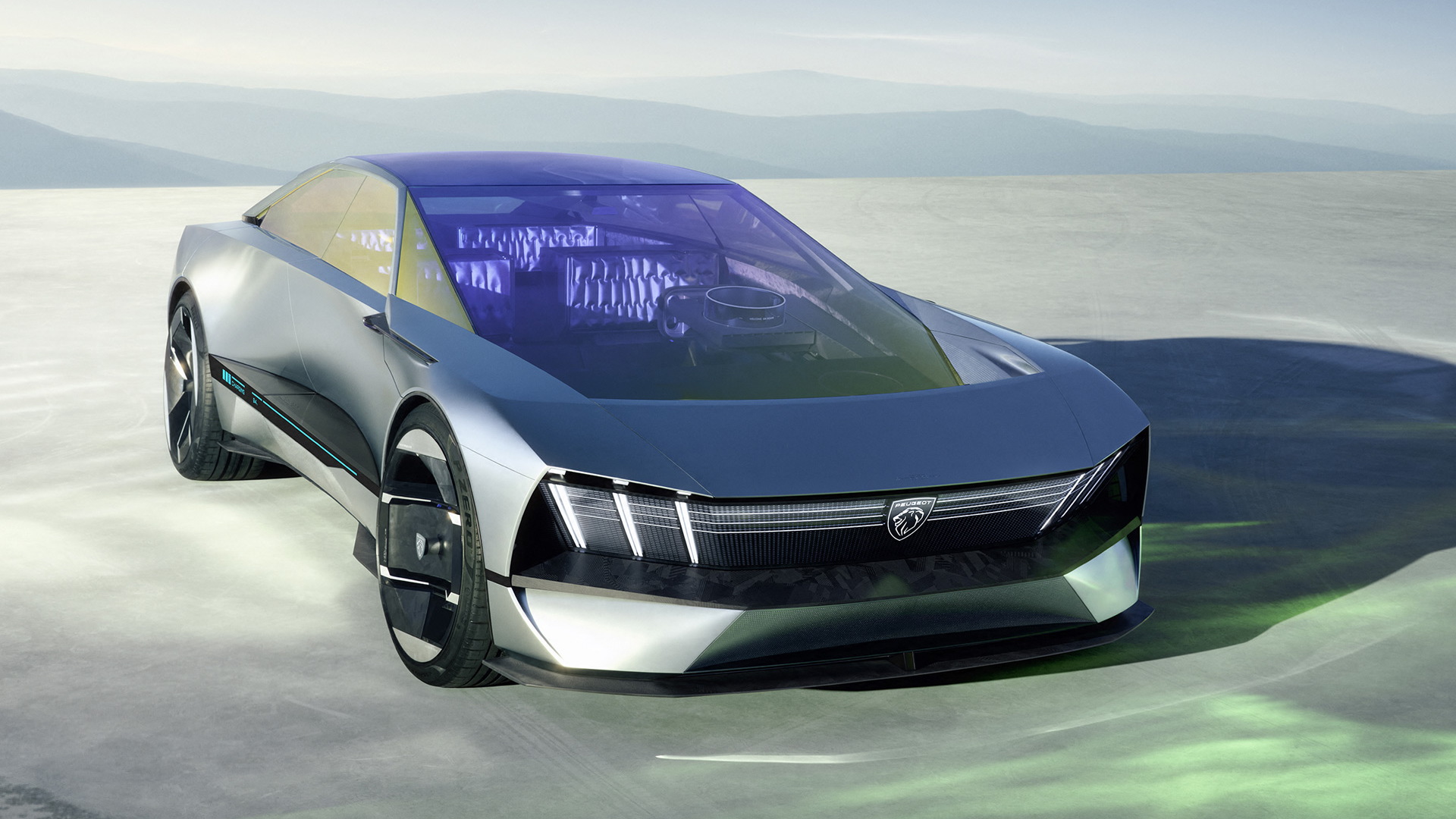 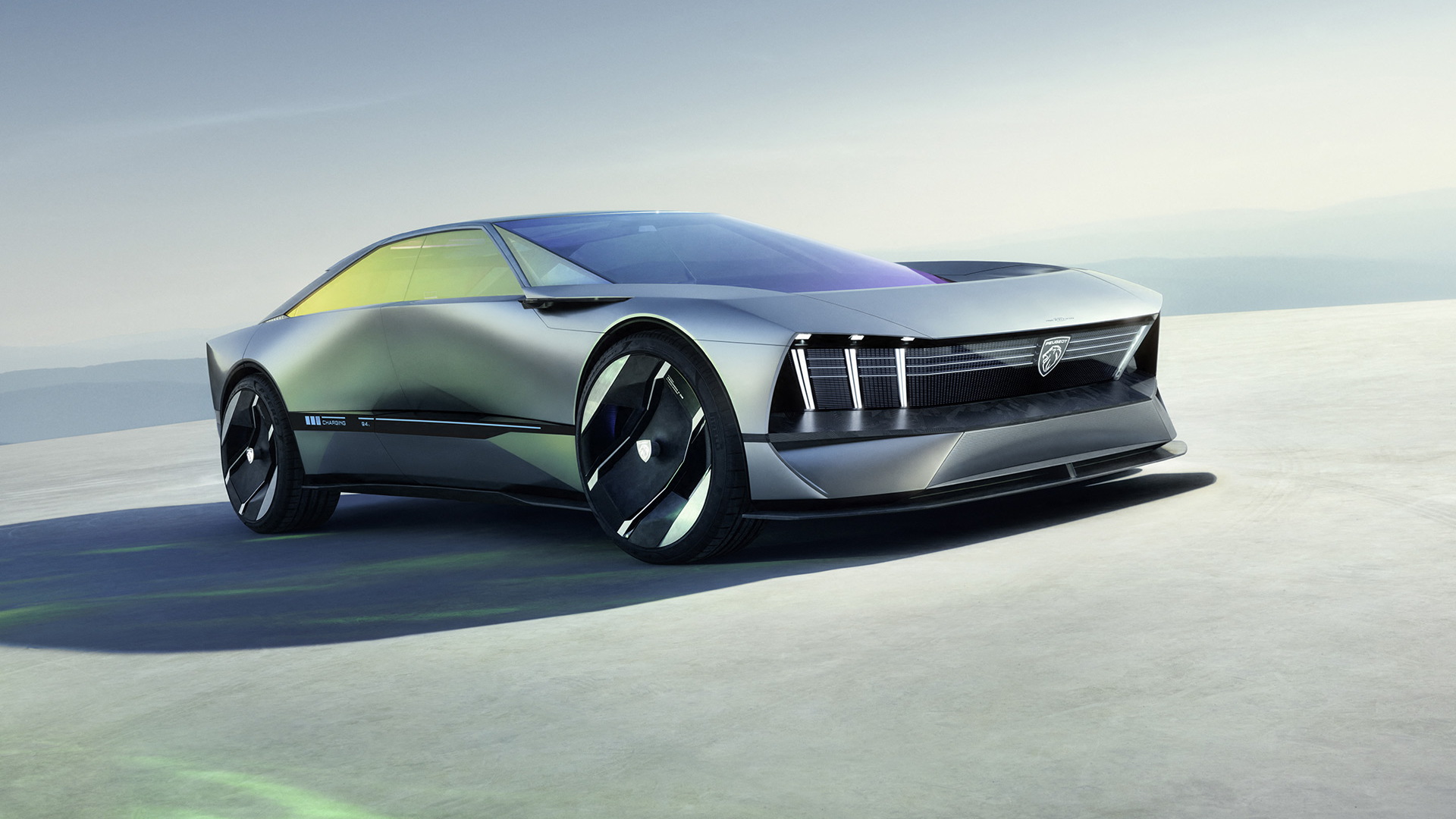 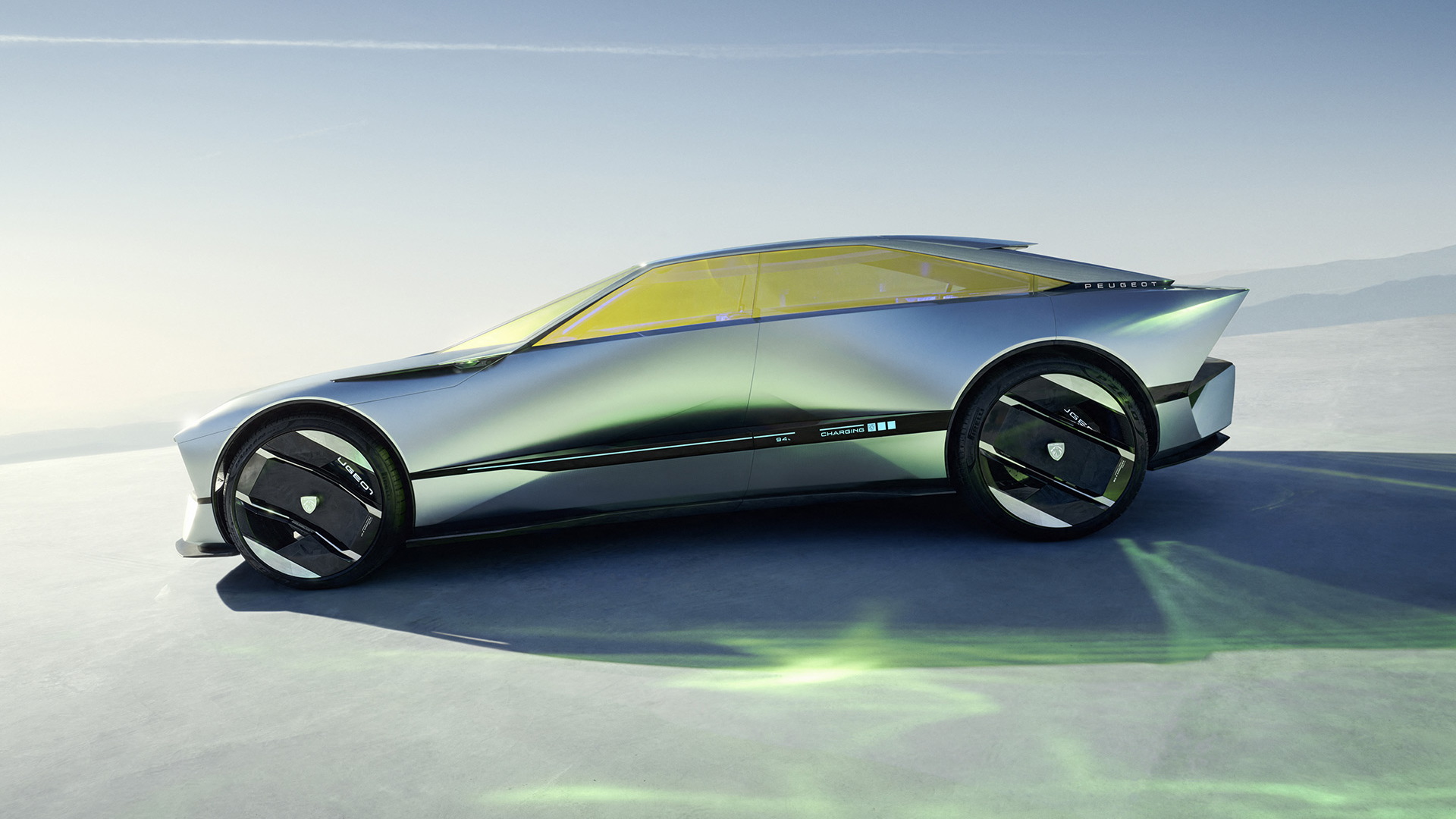 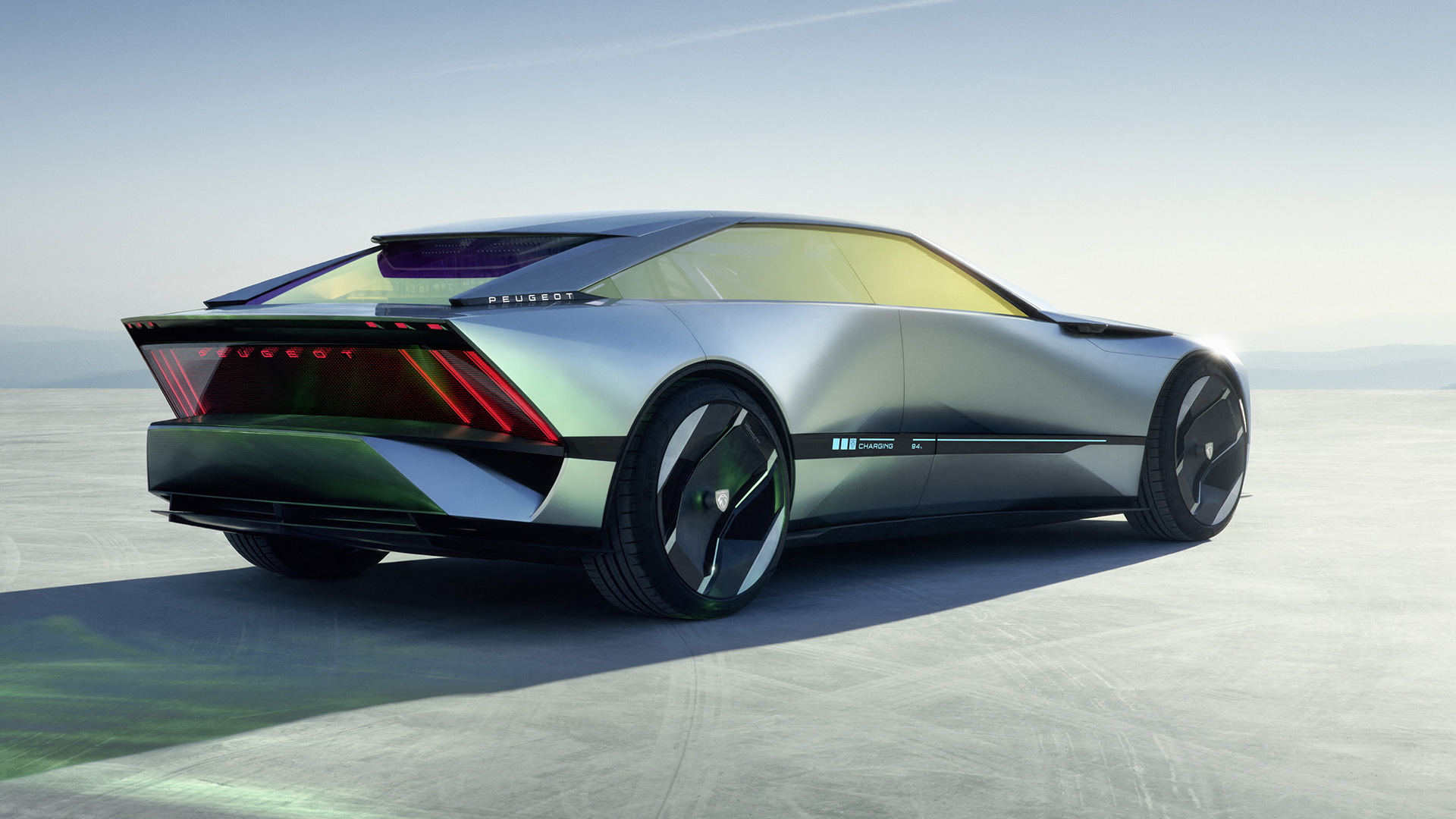 Like the rest of the brands at Stellantis, Peugeot's future will be dominated by electric vehicles. The French automaker is working on five new EVs for launch over the next two years and expects its full lineup in Europe to consist of EVs by the end of the decade.

As a preview of what's to come beyond 2025, Peugeot rolled out the Inception concept last week during 2023 CES. The concept is a large sedan with four doors and design details shared with Peugeot's 2022 9X8 LMH endurance race car. The three vertical-bar headlights on both vehicles form what Peugeot refers to by as a claw motif.

The concept is based on the STLA Large platform, one of four modular designs that will underpin future EVs across the board at Stellantis. The platform is the same used by the Dodge Charger Daytona, a concept that previews Dodge's first EV arriving in 2024. The platform is designed for premium mid-size and large cars and is claimed to be capable of delivering more than 500 miles of range. The Inception stretches approximately 16.4 feet in length.

For its concept, Peugeot went with a 100-kwh battery claimed to offer a range of 497 miles (likely on the more generous WLTP cycle). Drive comes from a dual-motor all-wheel-drive powertrain rated at 680 hp, enough for 0-62 mph acceleration in less than three seconds. High-speed charging made possible by an 800-volt electrical system means around 93 miles of range can be added in just five minutes.

Peugeot said the concept's interior also hints at elements bound for its future EVs. One in particular is the rectangular steering wheel, which features its own touchscreen surface for controlling key functions like the climate settings, audio settings, and electronic driver-assist features. Peugeot said the concept features a version of Stellantis' upcoming STLA AutoDrive driver-assist platform capable of Level 4 self-driving capability based on the SAE's scale. This level means the concept can handle driving duties for extended periods, but only in certain conditions.