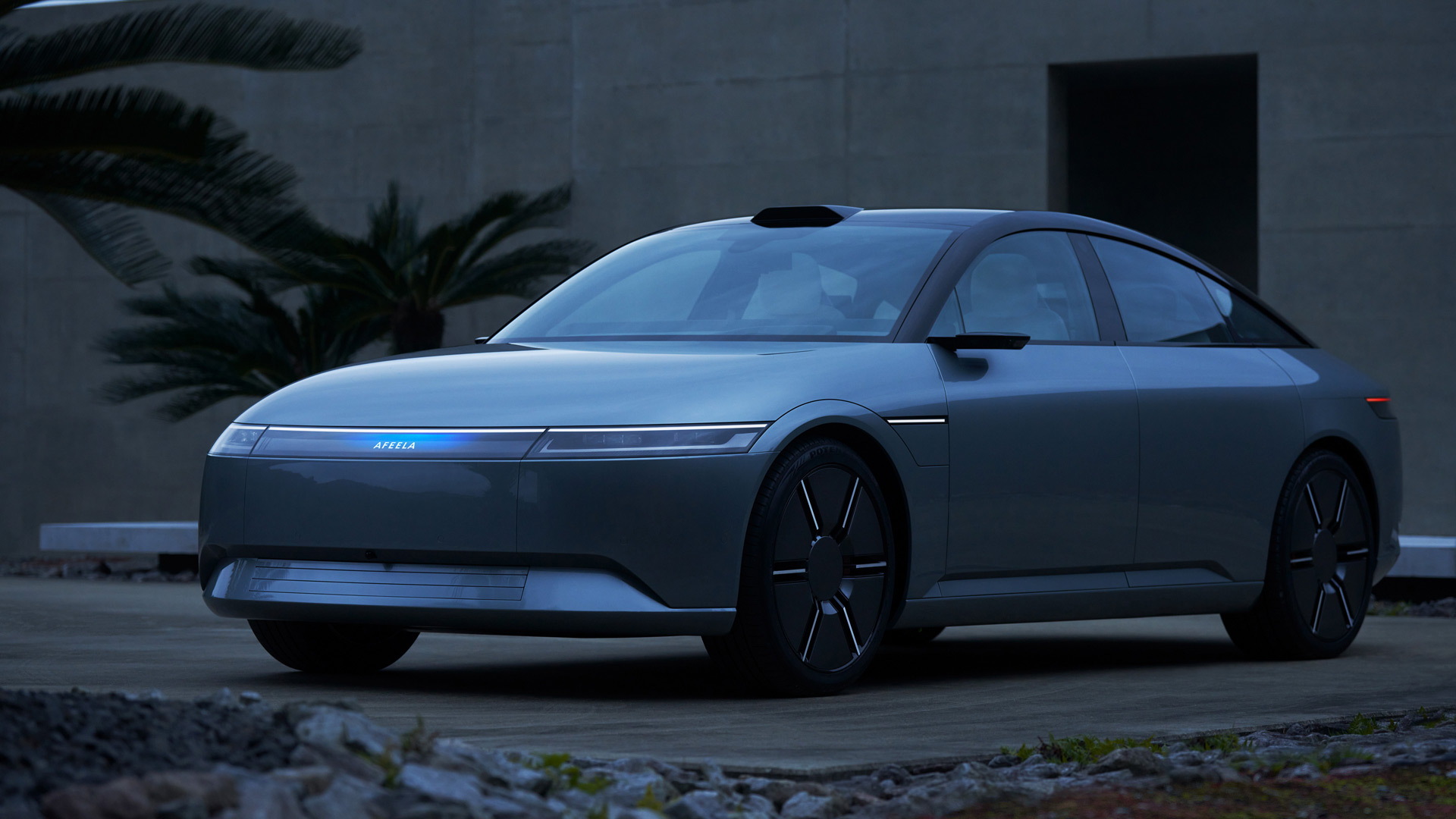 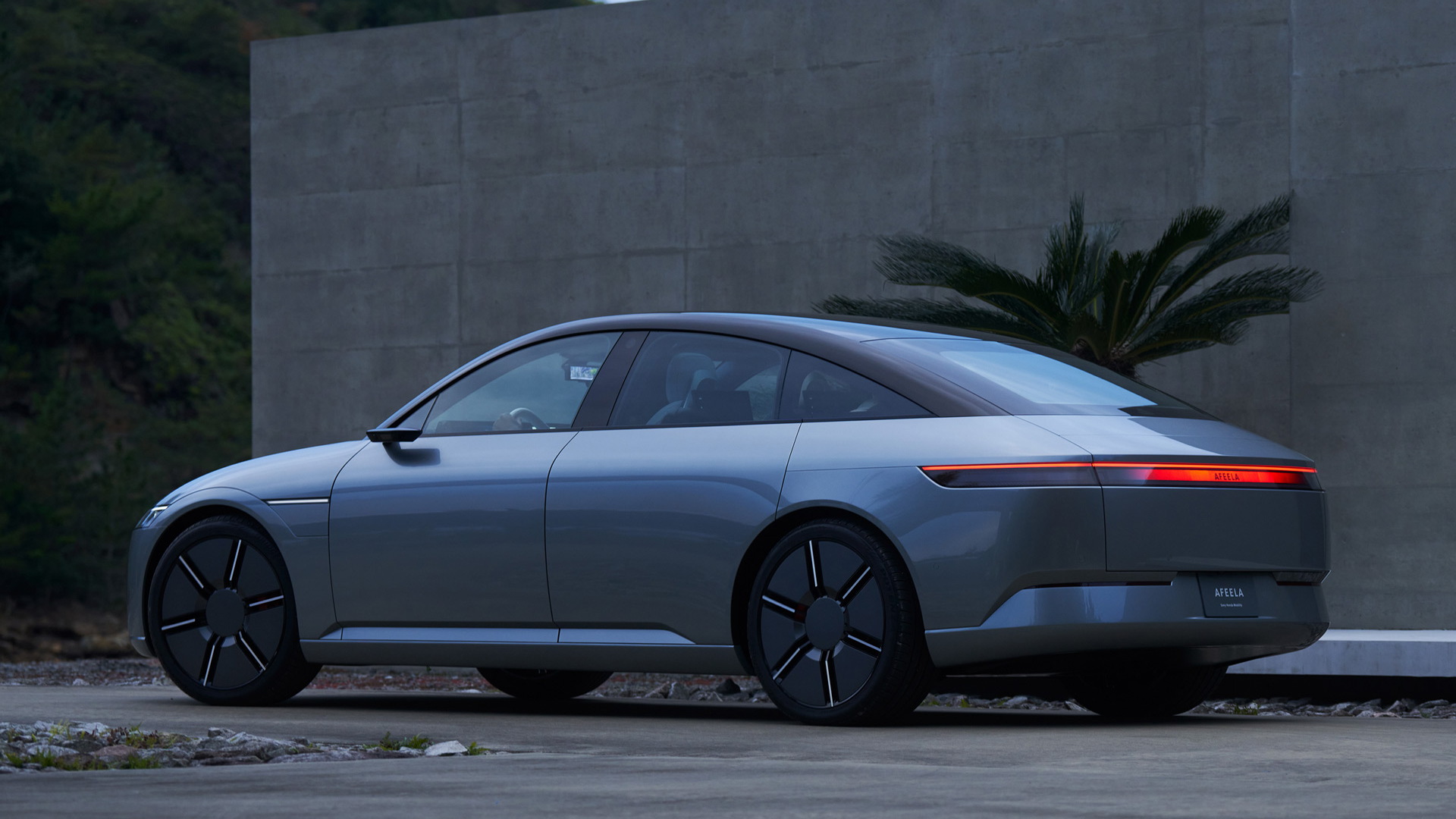 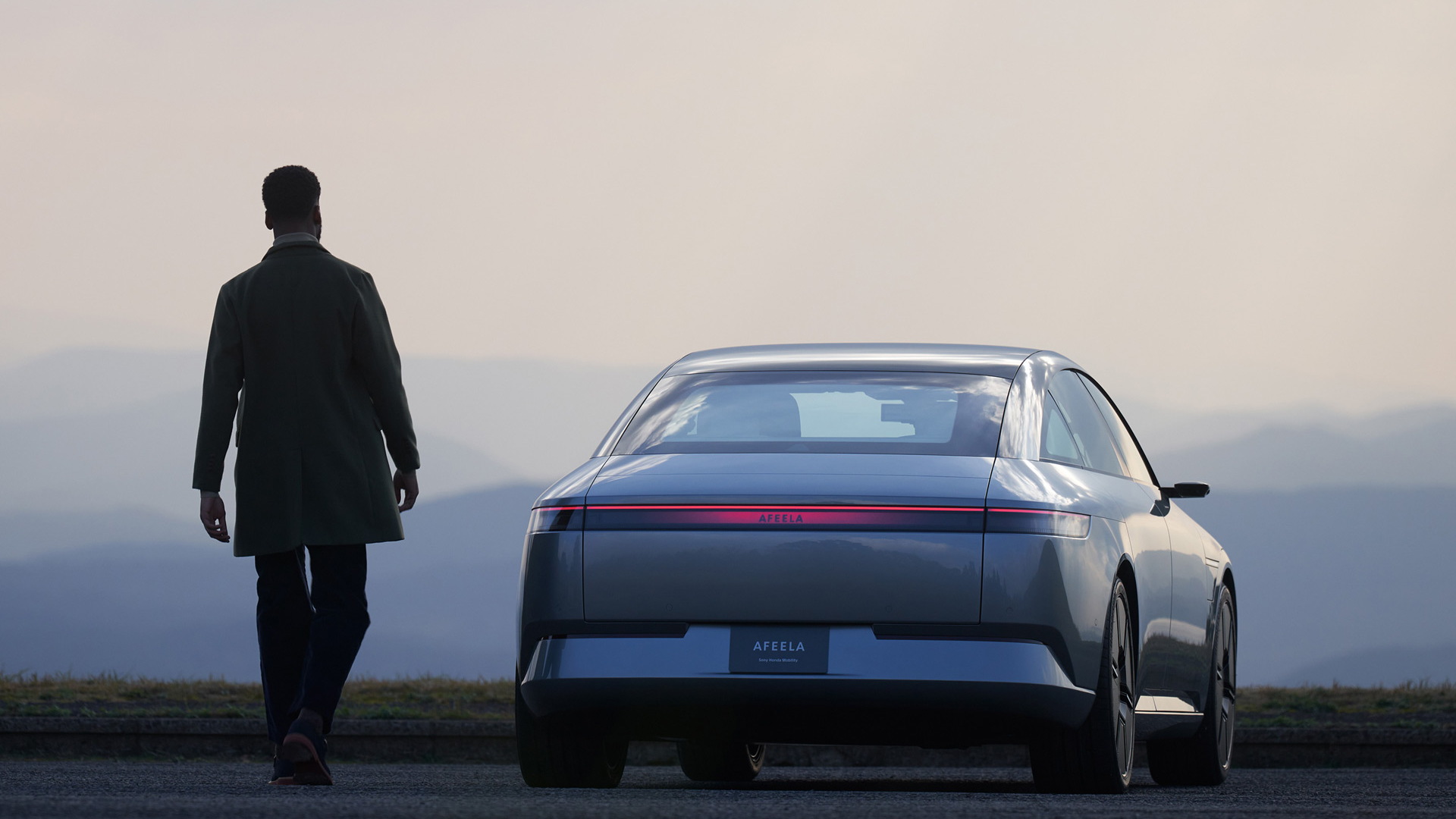 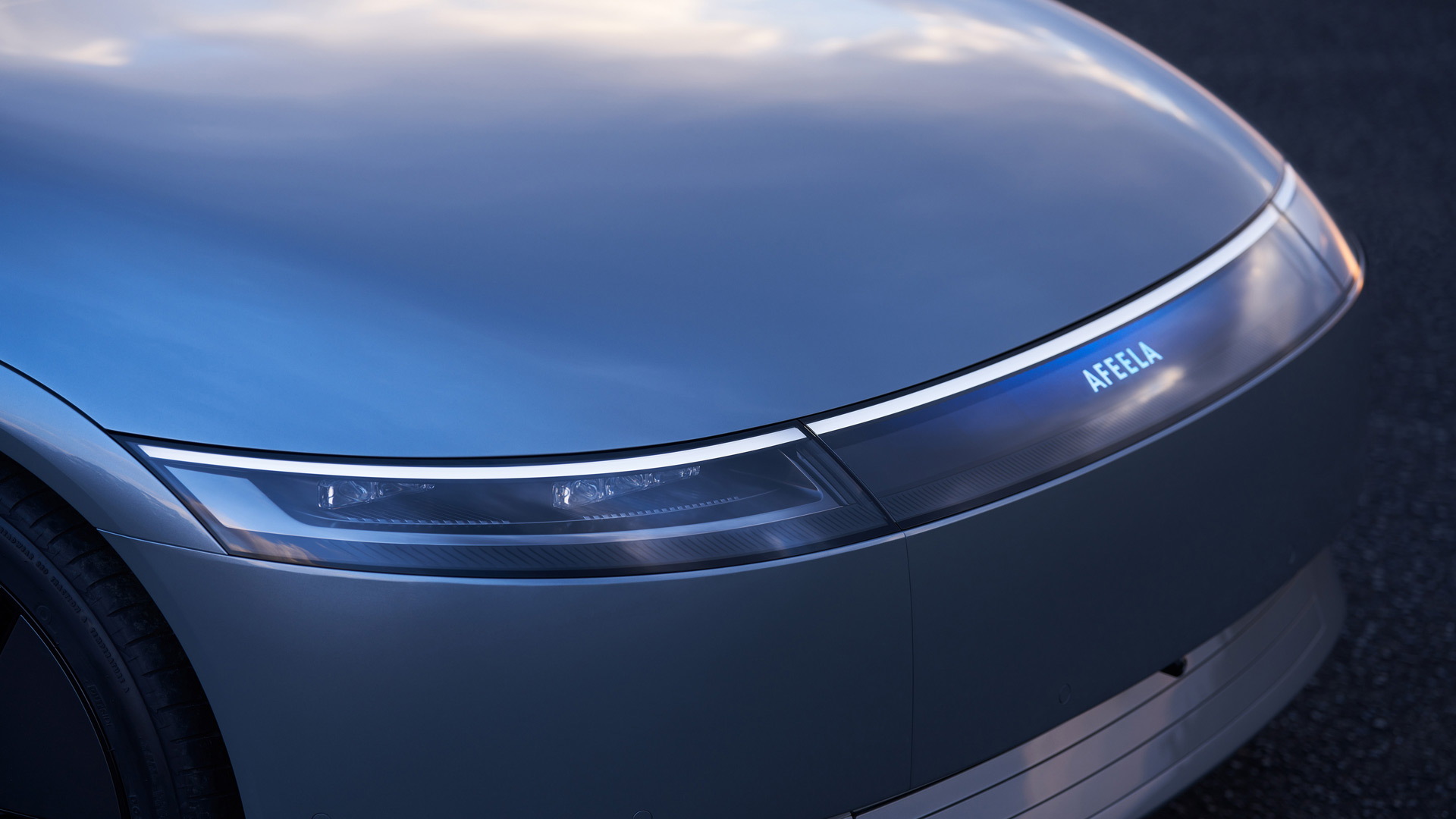 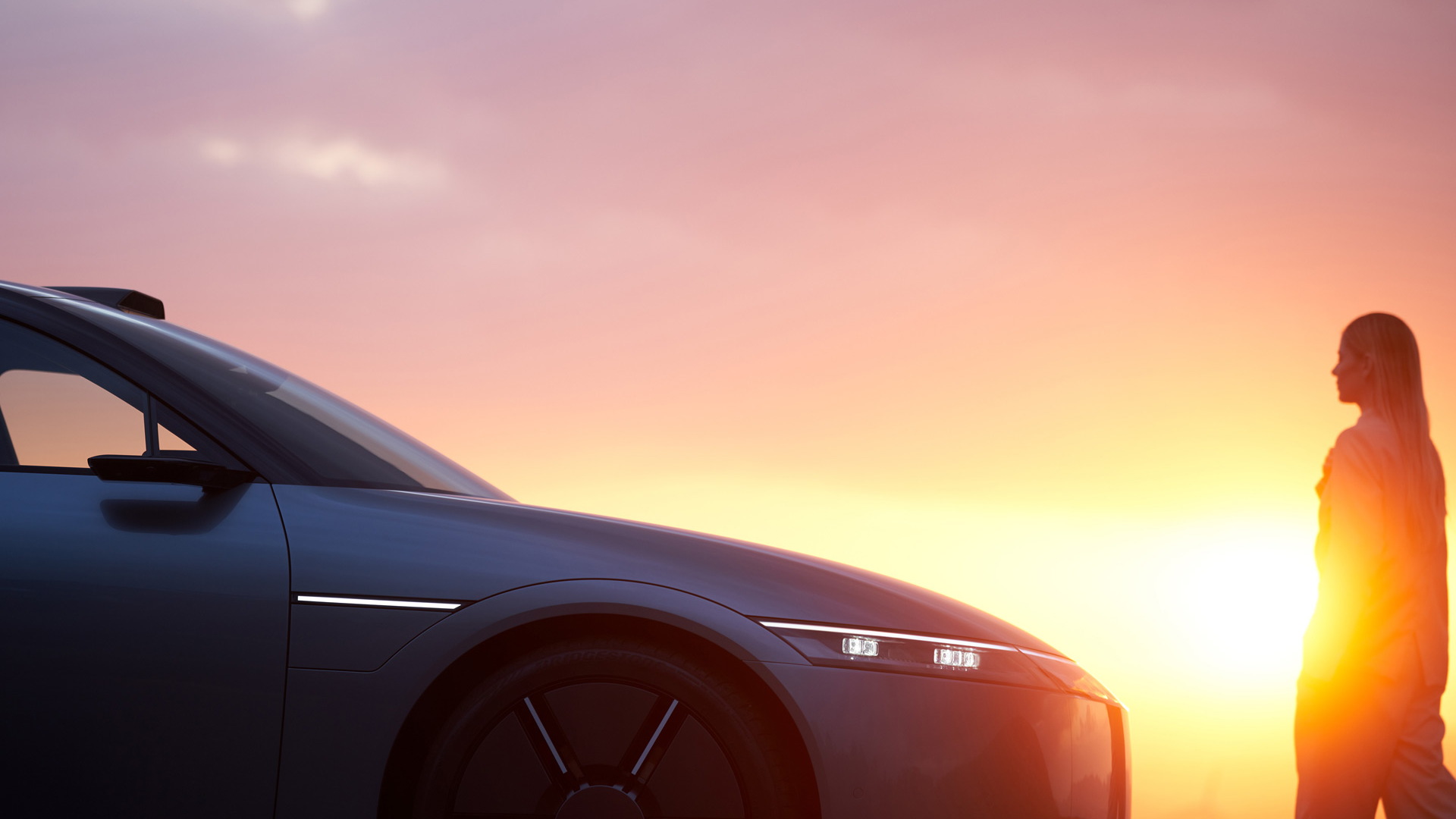 A prototype for Afeela's first model, a svelte electric sedan with a digital dash and cameras for side mirrors, was also presented during Thursday's launch.

The sedan features a clean aesthetic and a smooth, aerodynamic form. Interactive light bars front and rear communicate with the outside world via shifting light patterns, and also serve as a welcome sign for the driver as he or she approaches the vehicle.

Inside, the car has screens front and rear. The full width of the dash is lined in screens, including at the base of the A-pillars where the screens serve as virtual side mirrors. Physical controls are provided for frequently used features, including buttons on a yoke-style steering wheel and surrounding a rotary dial in the center console.

A high-level of self-driving capability is planned, including for urban environments, with Sony to provide the imaging and sensing technology. Afeela said it aims to offer Level 3 self-driving capability for certain conditions, the first level where drivers can take their eyes off the road. A total of 45 cameras and sensors will be located around the vehicle, including in the cabin. Powering it all will be Qualcomm's Snapdragon system-on-a-chip computer, the same computer General Motors will use for its upcoming Ultra Cruise self-driving system.

Powertrain details for the sedan haven't been announced.

Afeela plans a personalized in-car experience that will include new cloud-based features, augmented-reality features (including navigation), and possibly virtual universes. Afeela is working with Epic Games to develop some of these concepts.

Afeela is also working with Sony to develop an ecosystem for the sedan and future vehicles. This will include an open community and various digital products, some of which will be offered via subscriptions.

Honda meanwhile will focus on vehicle development and production for Afeela. Production will be handled at a Honda plant in North America, likely to be in Ohio. Honda last October announced upgrades for its Ohio plants to prepare them for EV production. The company also said it will build a battery plant at Fayette County, Ohio, together with LG Energy Solution.

North America is destined to be one of the main markets for Afeela, with sales of the sedan due to start here by the end of 2025 and deliveries to follow from spring of 2026. An SUV is likely also planned, as Sony previously rolled out both sedan and SUV concepts in the lead-up to announcing its ambitions to launch an automotive brand.