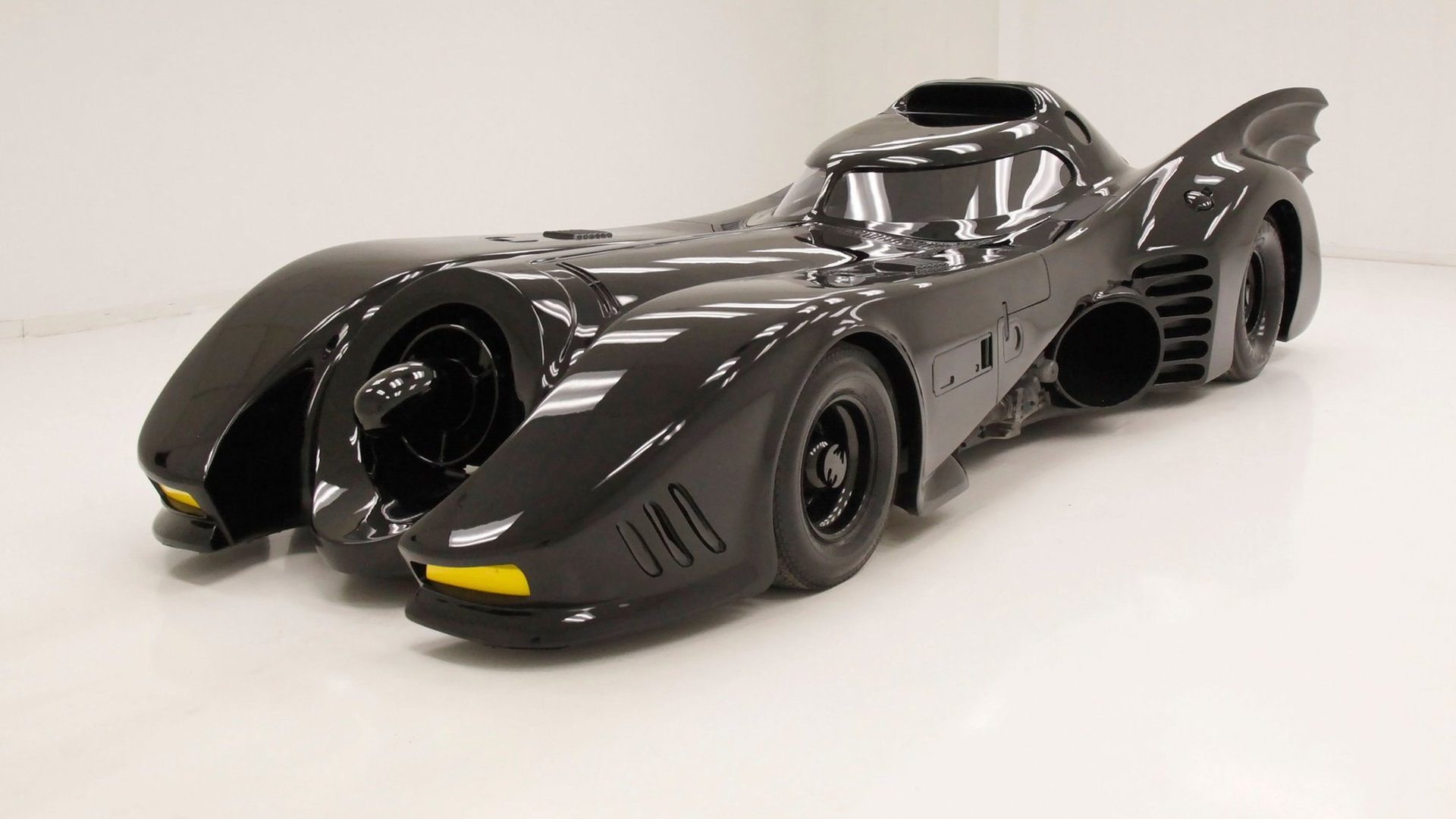 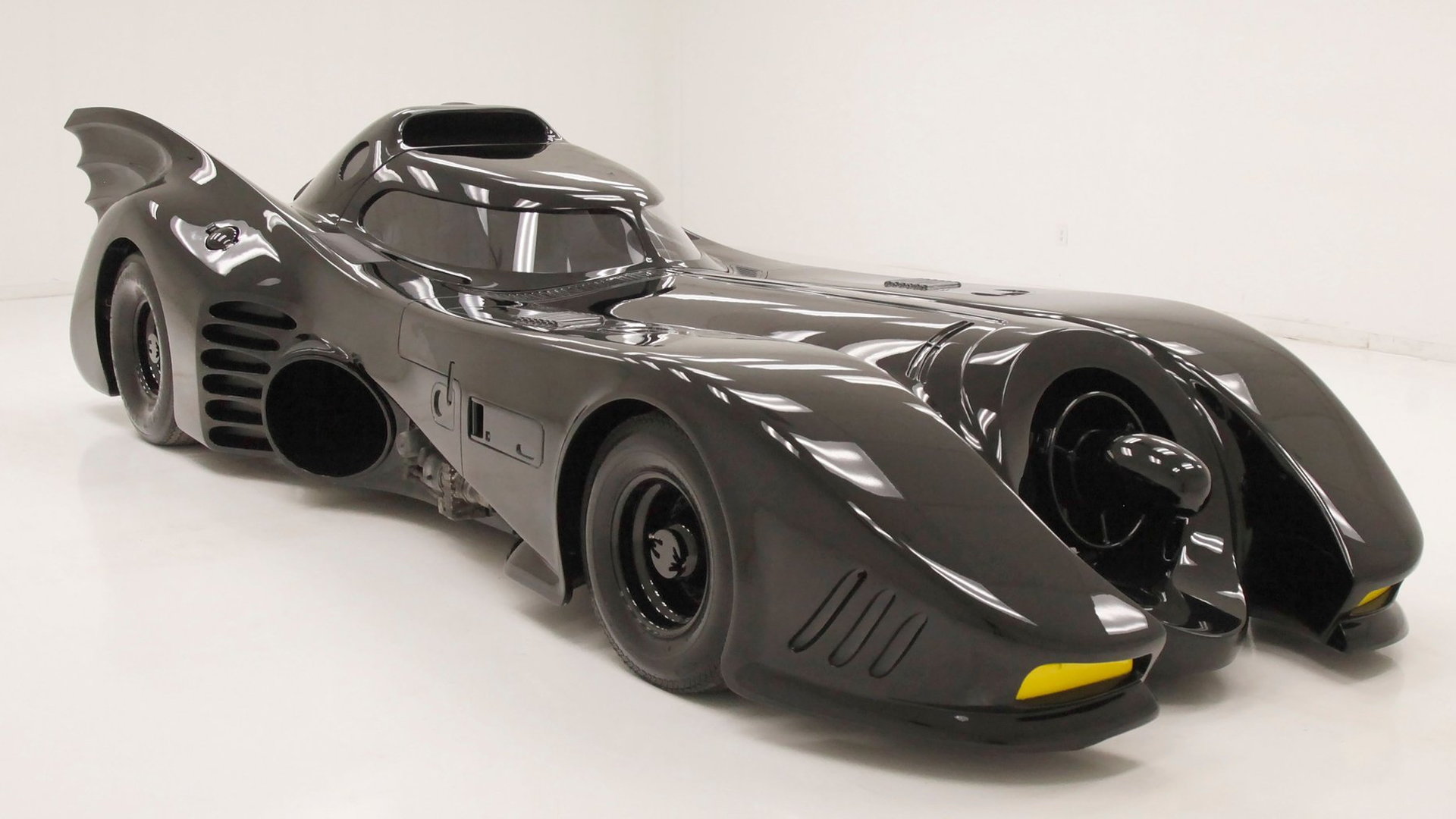 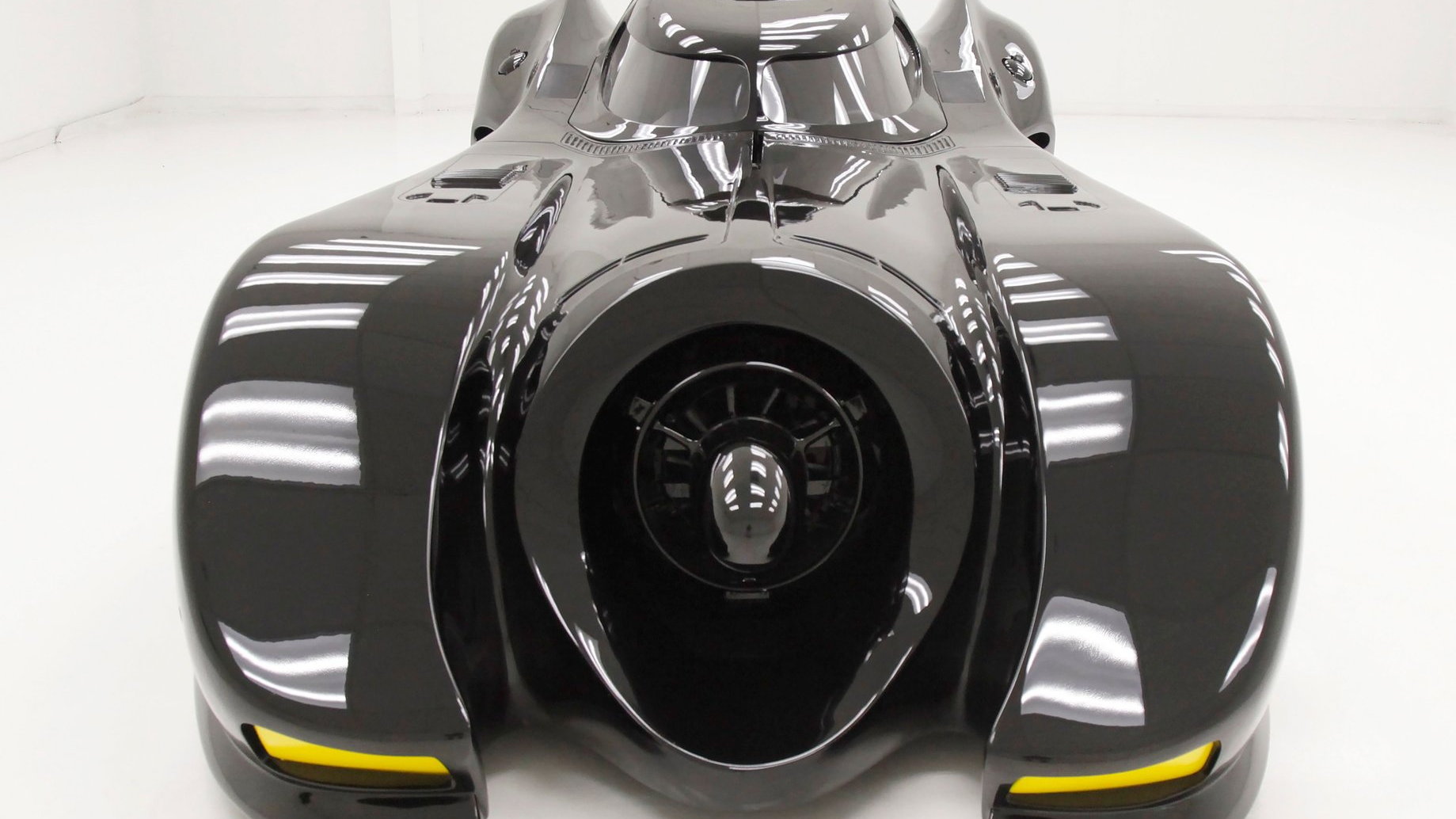 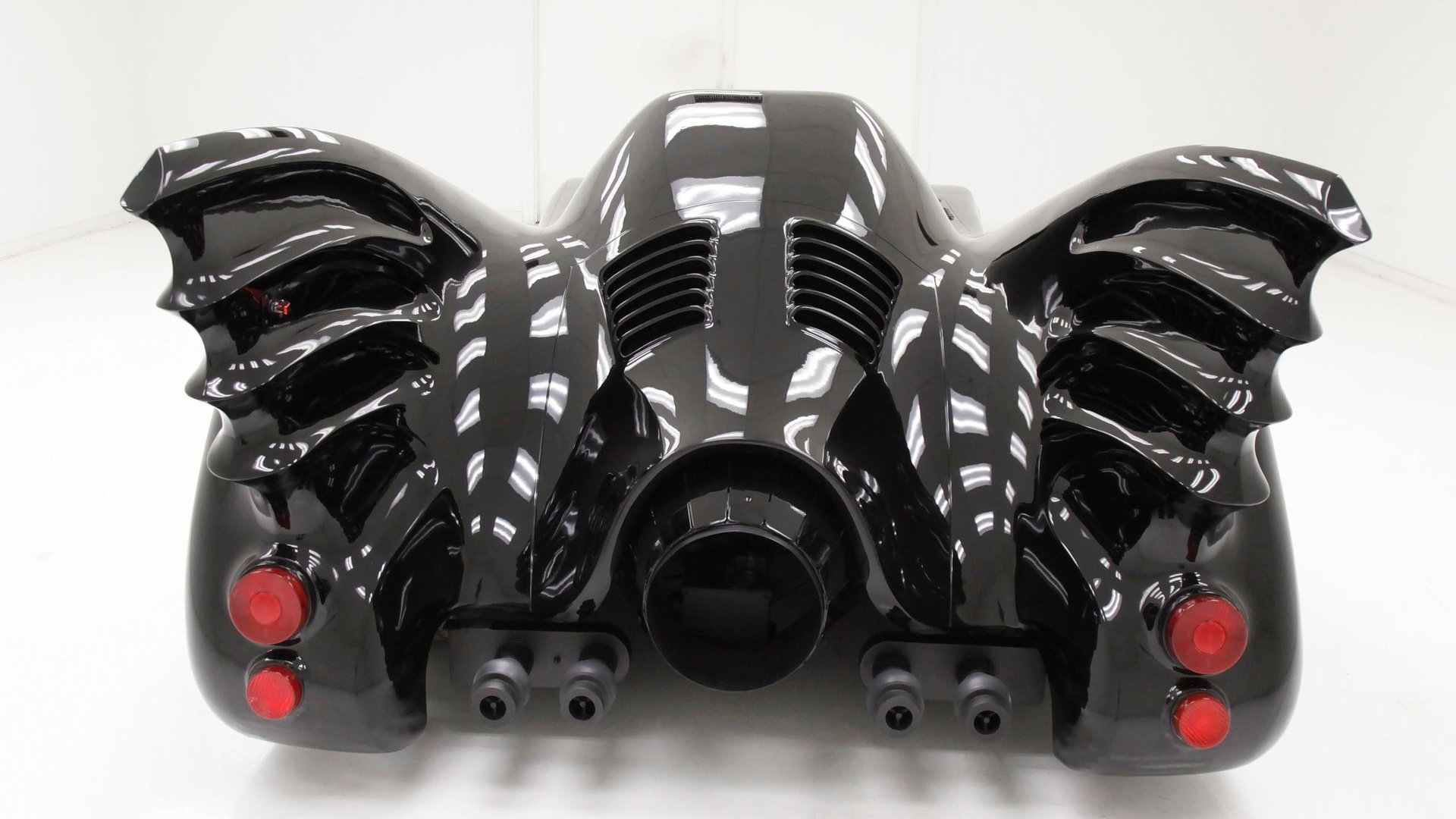 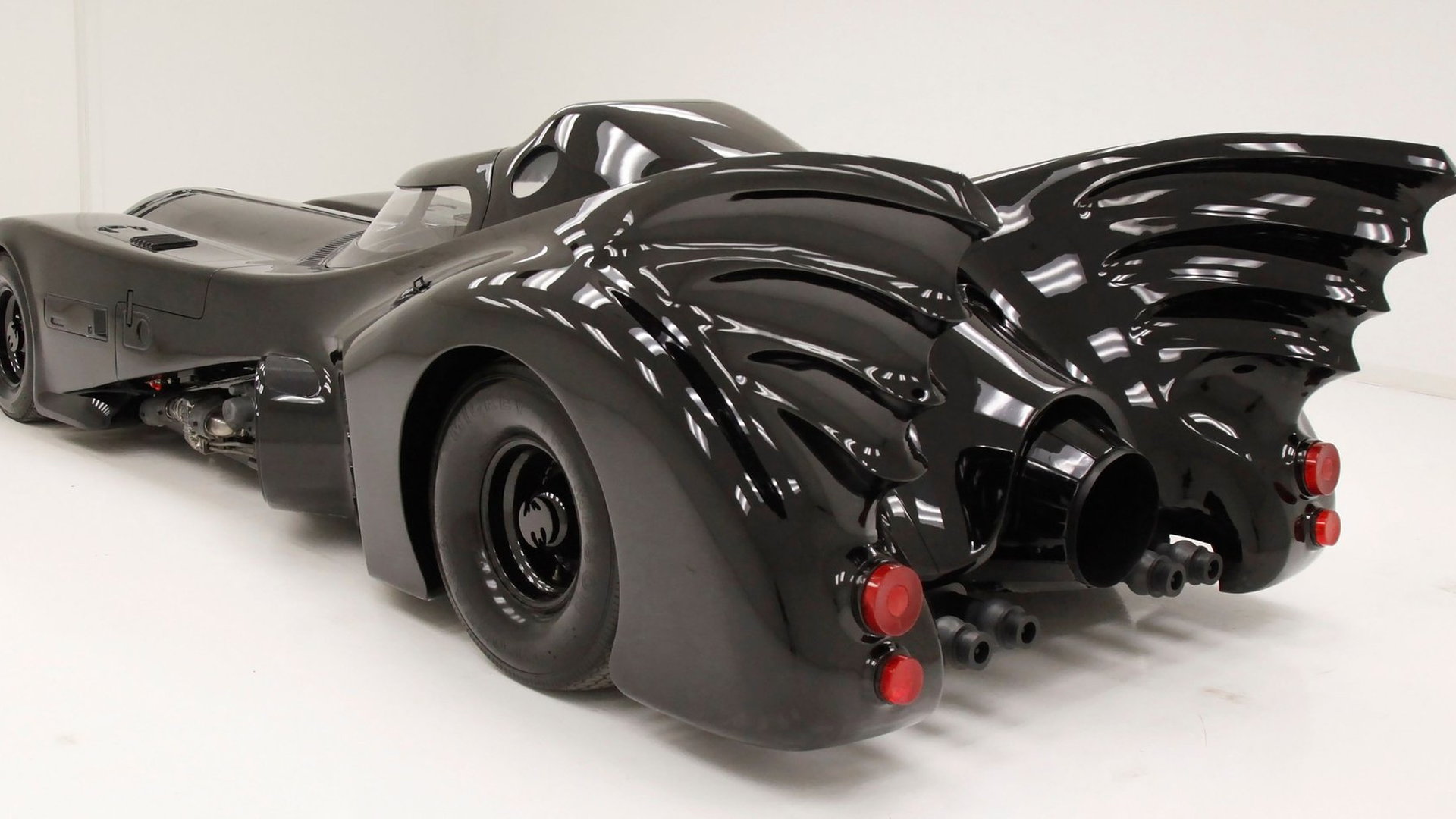 Batmobile replicas frequently come up for sale, but here's a chance to get your hands on one of the actual movie cars.

First spotted by The Truth About Cars, this Batmobile by Pennsylvania-based Classic Auto Mall has taken on many forms over its history, but this is the version used in the 1989 "Batman" and 1992 "Batman Returns" movies directed by Tim Burton, and starring Michael Keaton as the Caped Crusader. While the listing is titled "1989 Batmobile," the text says this car was used in filming the 1992 "Batman Returns" sequel, and then incorporated into a Batman-themed Six Flags ride after its filming duties were completed.

While the exterior and interior are true to their on-screen presentations, this is very much a movie prop. Power is provided by an electric motor that only allows for a top speed of 25 mph to 30 mph. An onboard flamethrower creates the jet-engine afterburner effect seen in the movie.

A 48-volt electrical system and battery array provide the juice, although the batteries haven't been charged in awhile, the listing notes. The car also has a front and rear air suspension.

An interesting feature of this specific car, which was built by England's Pinewood studios, is a second driver's seat and steering wheel hidden between the "real" driver's seat and front passenger's seat, which allowed a stunt driver to control the car while Michael Keaton acted.

Authenticity doesn't come cheap, though, as the seller is asking $1.5 million. If a replica will suffice, you can have a Batmobile for a lot less. Because it's basically fiberglass body panels over a donor chassis, this version of the Batmobile is particularly easy to replicate, and these replicas come up for sale from time to time. One example was listed for sale in the U.K. in 2021 for the price of a Honda Accord, and unlike this authentic movie prop, it was fully drivable.