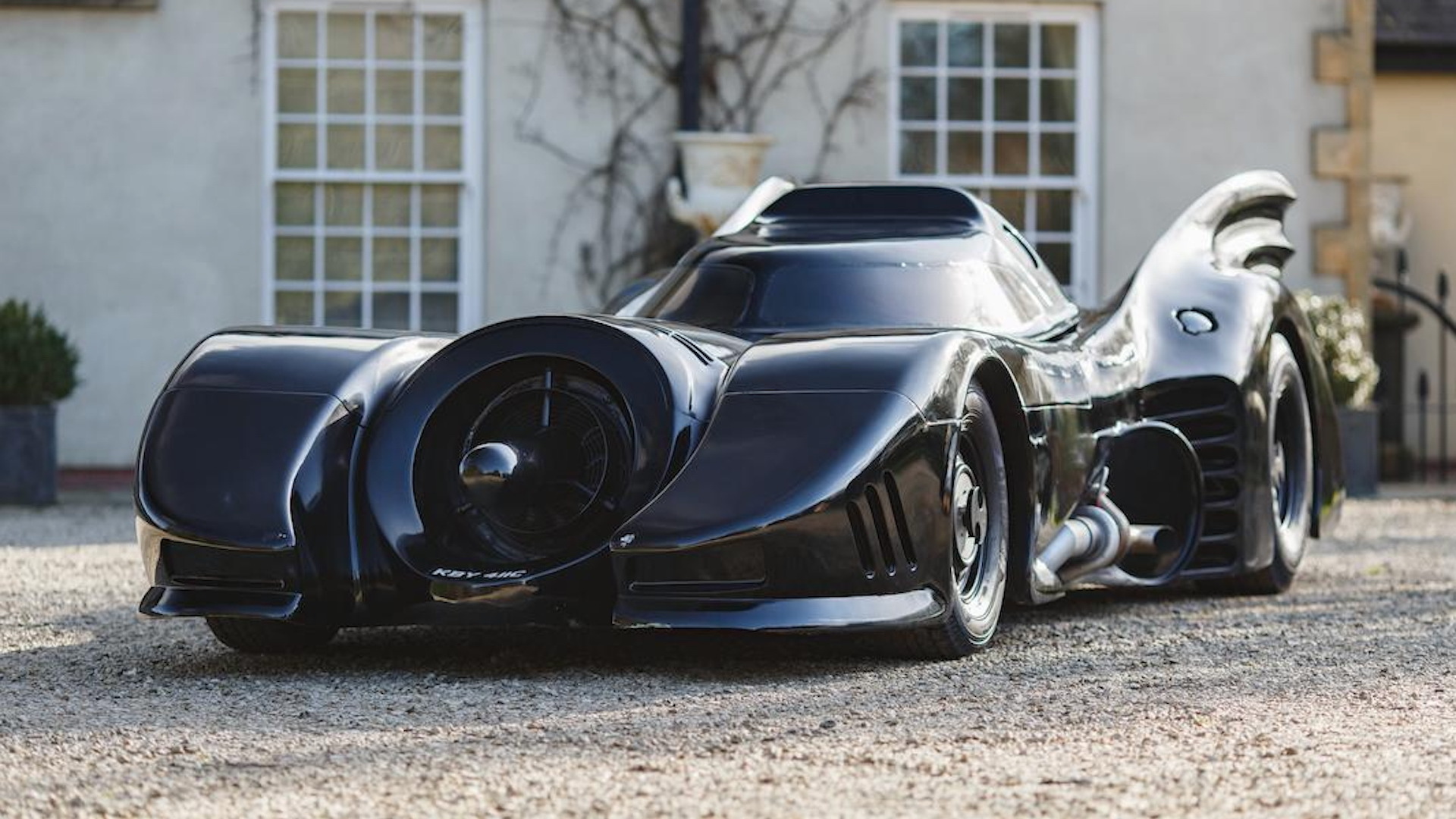 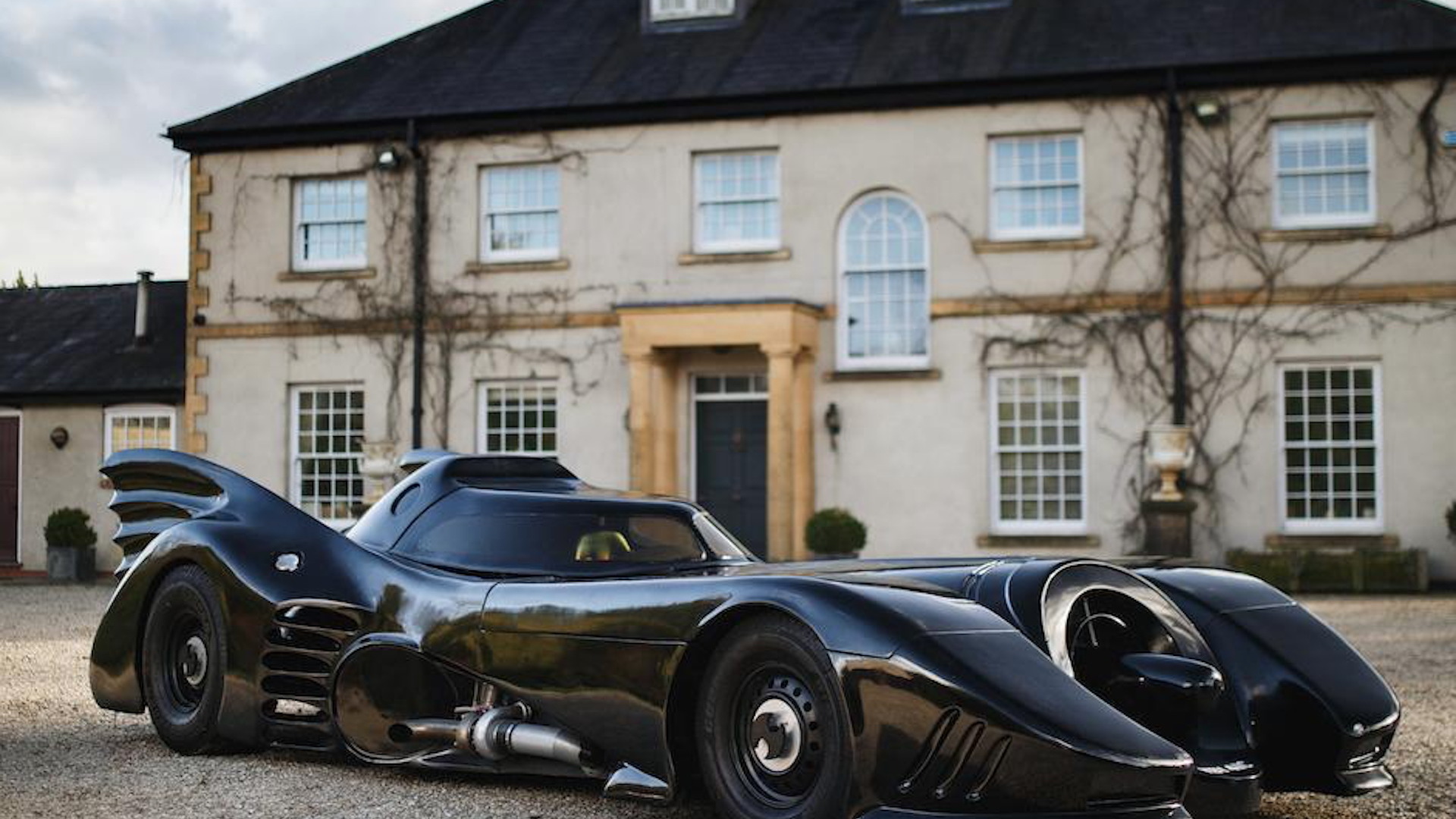 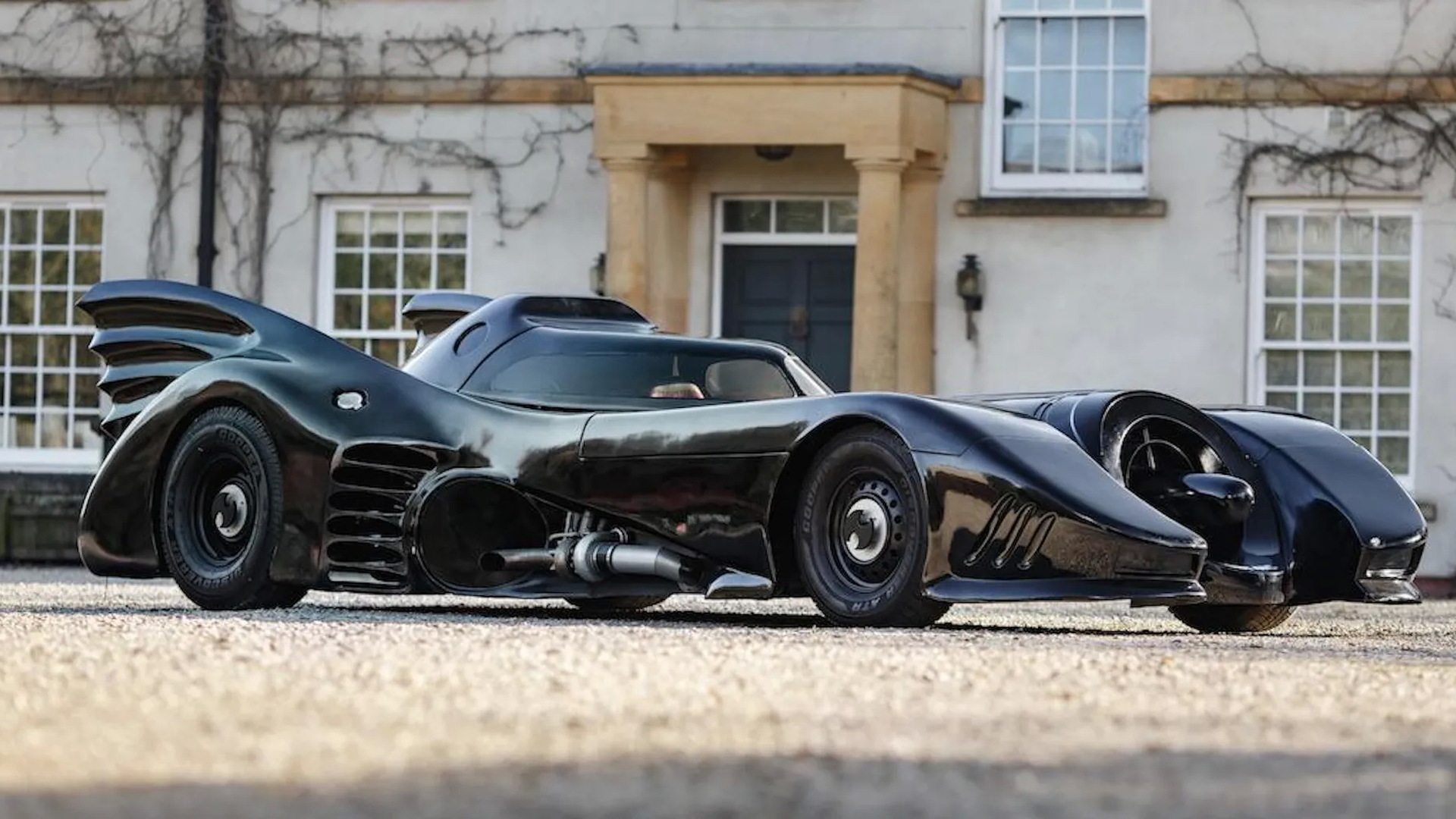 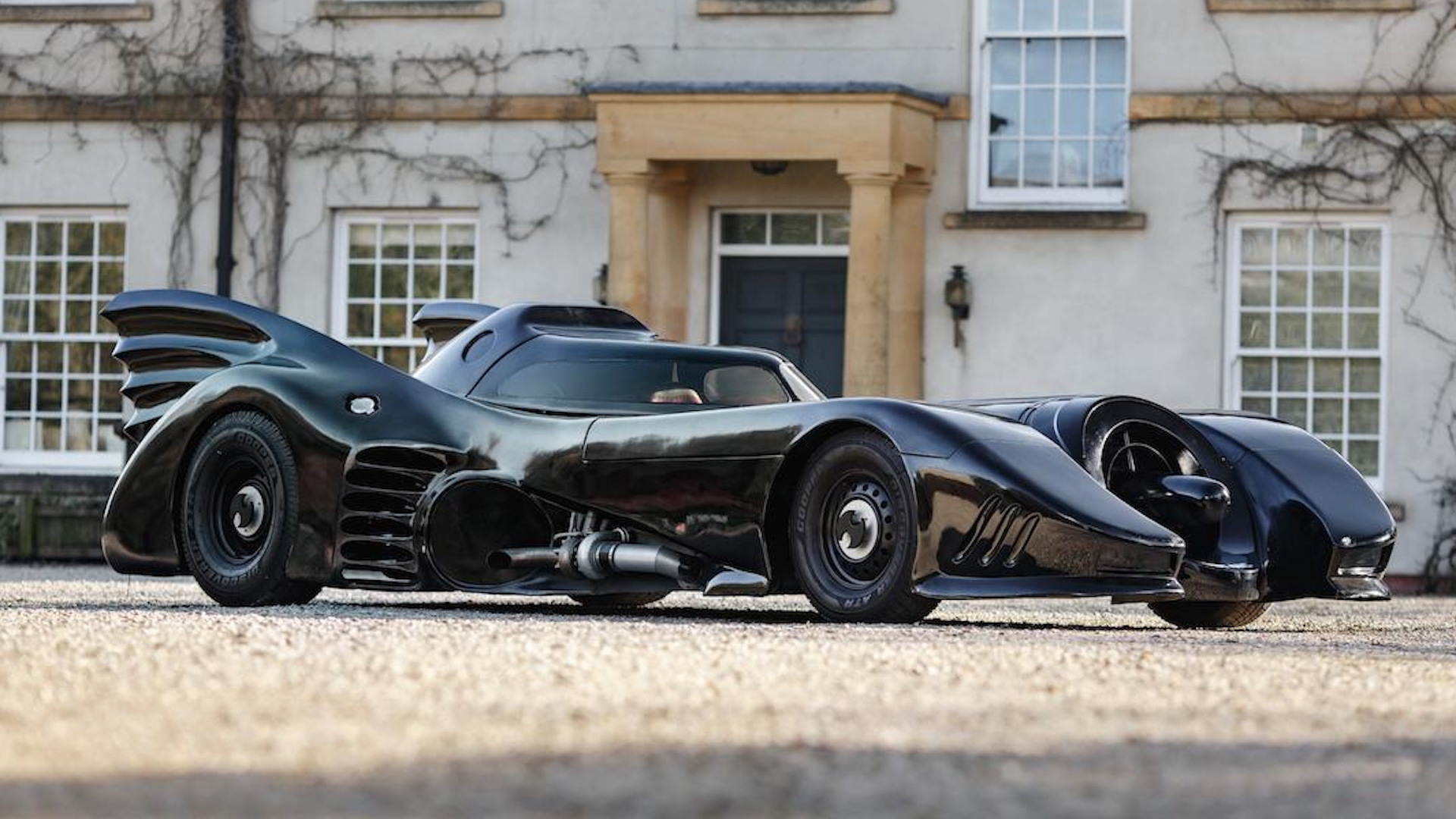 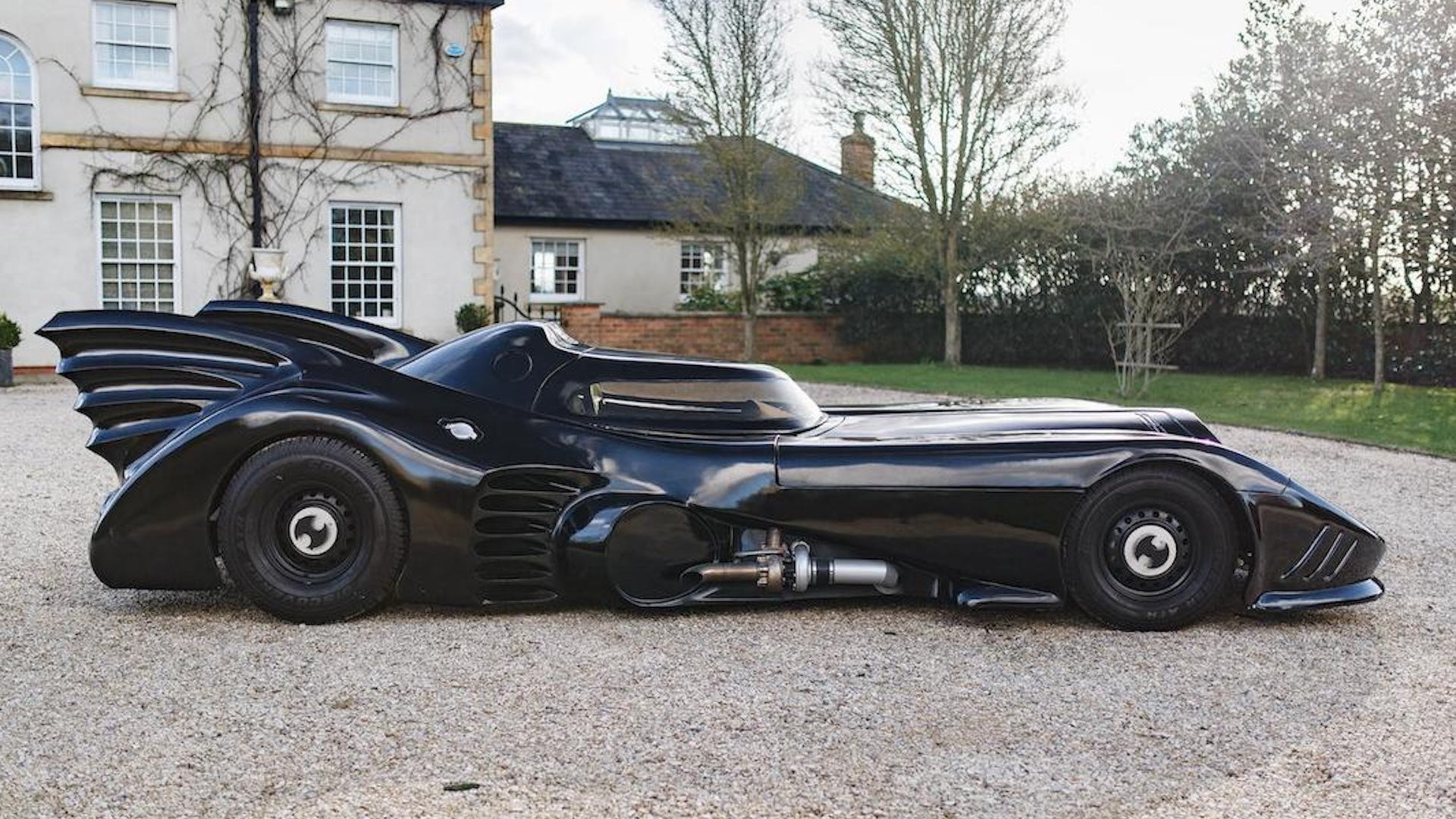 If you want to turn heads on a budget, consider this Batmobile re-creation. It's scheduled to jet across the block at Bonham's MPH March Auction in London later this month, with a pre-auction estimate of about $28,000 to $41,000 at current exchange rates.

First spotted by Carscoops last week, this Batmobile re-creation is based on the version from the Tim Burton-directed "Batman" and "Batman Returns" movies released in 1989 and 1992, respectively. It remains one of the most popular Batmobile iterations, both because of the design and because it's fairly easy to replicate.

The movie cars used Chevrolet Impala chassis with fiberglass bodies, something that's more achievable for replica builders than say, repurposing a discarded concept car (as with the 1960s Batman television series), or building a complete car from scratch (like the Tumbler from 2005's "Batman Begins").

This replica was built in the United Kingdom by Z Cars, so unlike the movie Batmobiles, it's right-hand drive. The chassis came from a 1965 Ford Mustang, but the engine is a Chevrolet 5.7-liter V-8 that makes 380 hp, according to the listing. The car is also 22 feet long, which explains why, in the movies, Batman used a grappling hook to get around tight corners. It's unclear if this Batmobile is so equipped, though.

The car was built more than a decade ago for Phil Garlick, a U.K.businessman who wanted to hire it out for events, according to Carscoops. Garlick reportedly paid more than $200,000 to build it, so whoever ends up with the car will likely get a bargain. The Batmobile was later owned by the London Motor Museum, which closed in 2018 following a dispute with the local council over more than $800,000 of unpaid taxes, according to Carscoops.

While delayed by the coronavirus pandemic, a new Batman movie is on the way—and that means a new Batmobile. In contrast to the futuristic look of previous versions, "The Batman" will feature a Batmobile with strong American muscle car vibes. Only time will tell if that inspired replica builders the way the Tim Burton version did.