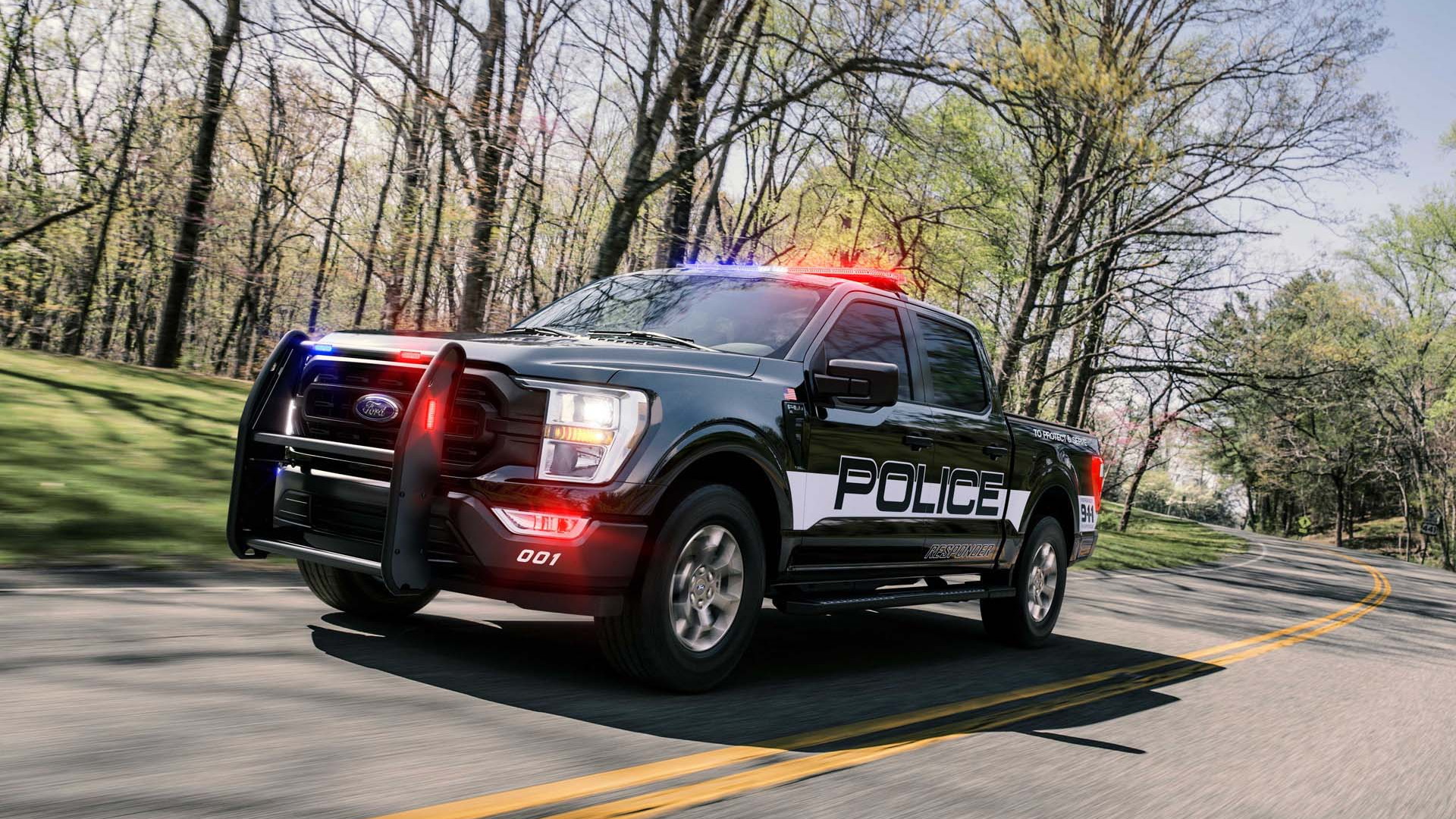 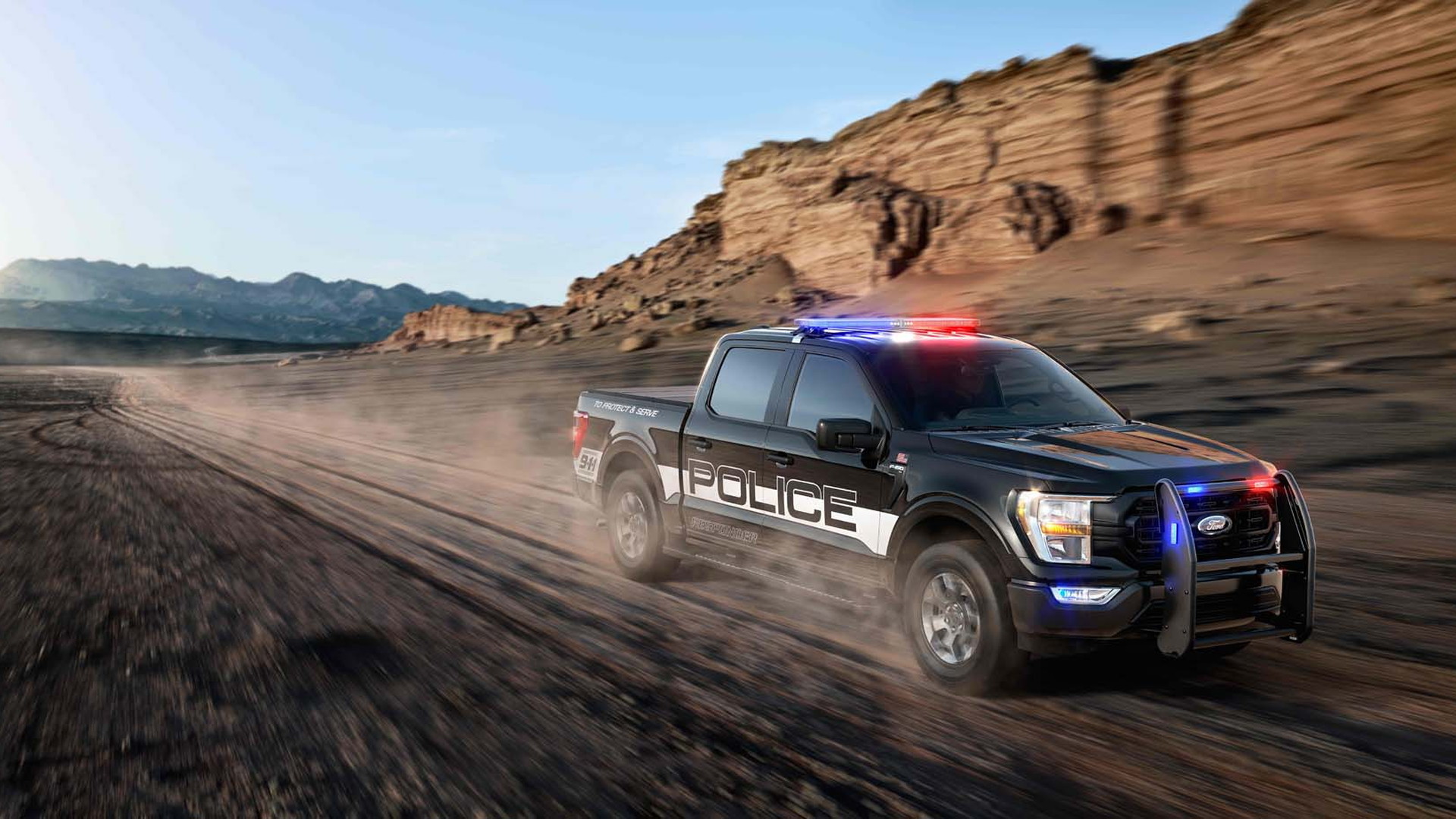 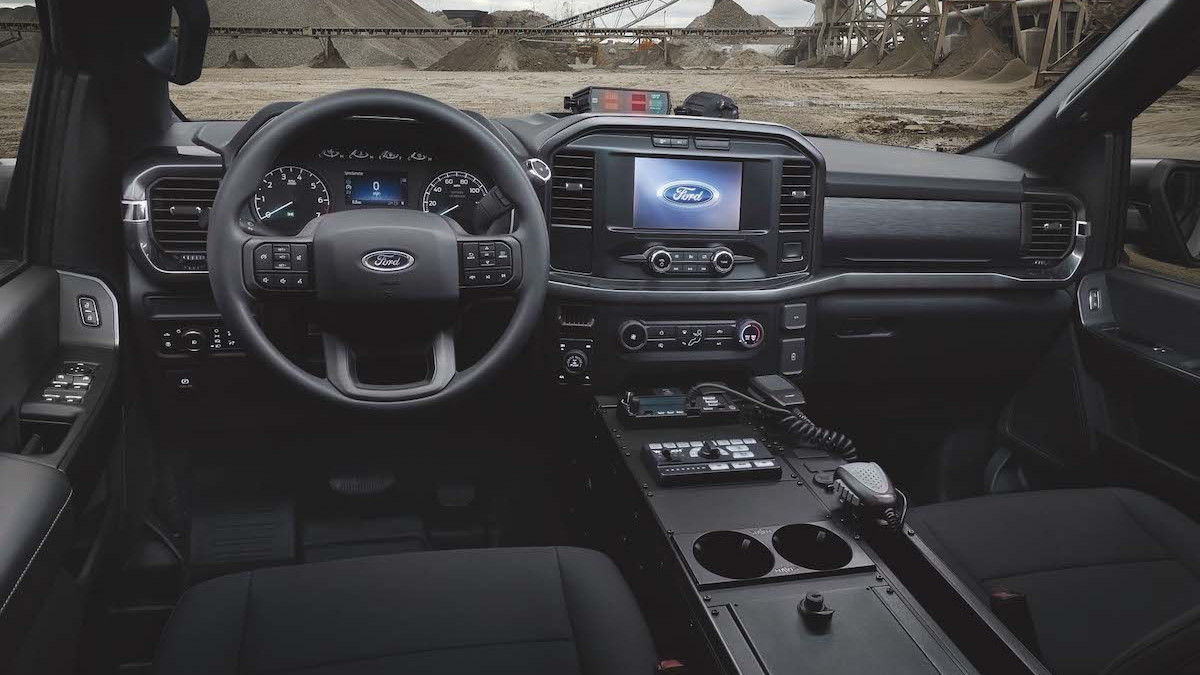 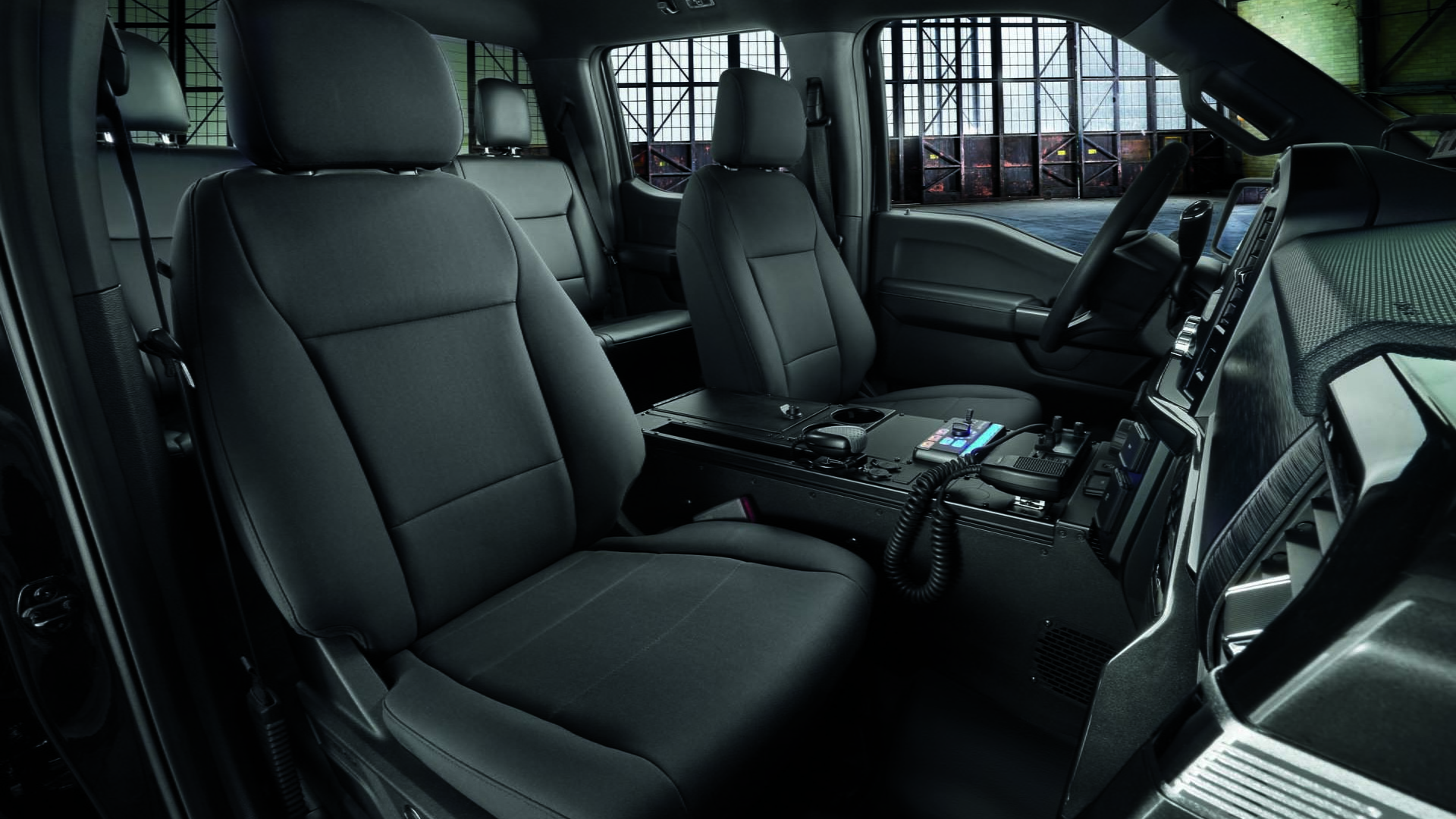 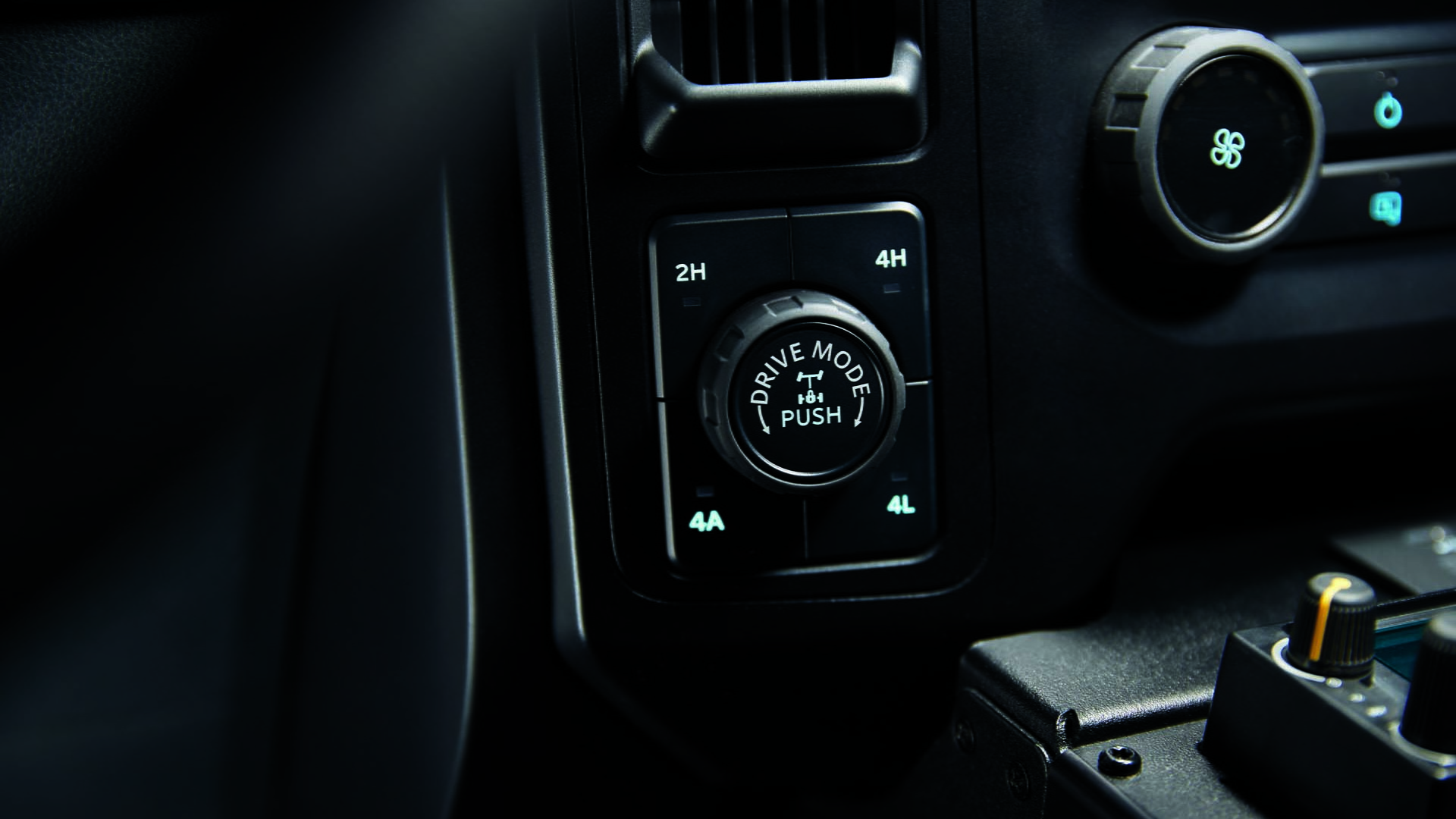 The latest Ford F-150 cop truck is a lot of things, but it isn't a hybrid—for now.

On Tuesday, the Blue Oval revealed the 2021 Ford F-150 Police Responder with a new infotainment system, a new four-wheel-drive system, and higher top speed. All of this should add up to a better experience for the men and women in blue.

Police will find plenty of power under the hood thanks to a twin-turbocharged 3.5-liter V-6 producing 400 hp and 500 lb-ft of torque mated to a 10-speed automatic transmission. Ford said both the transmission and engine have been calibrated for police duty, but wouldn't divulge exactly what that means. The top speed of 120 mph is 20 mph faster than the outgoing F-150 Responder.

A Police Engine Idle feature keeps the engine running when the key is removed from the ignition. The truck can be locked without the key in the ignition, and it allows the lights and sirens to continue to be used.

The four-wheel-drive system features a torque-on-demand transfer case with a new 4Hi Auto mode, which utilizes an electronic clutch to adjust torque as needed and prevents drivetrain binding on dry pavement. A 2-speed transfer case isn't available, but there are also 2Hi and 4Hi modes. Every F-150 Police Responder comes standard with a towing capacity of 7,000 pounds, and can be upgraded to haul up to 11,200 pounds. Payload capacity rings in at 2,030 pounds. A Tow Technology Package option adds a surround-view camera system, a reverse guidance system, a trailer brake controller, and the ability to integrate the trailer into the blind-spot monitoring system.

From the outside the F-150 Responder looks like a pedestrian F-150 pickup truck aside from the front brush bar, police lights, and any given jurisdiction's livery. 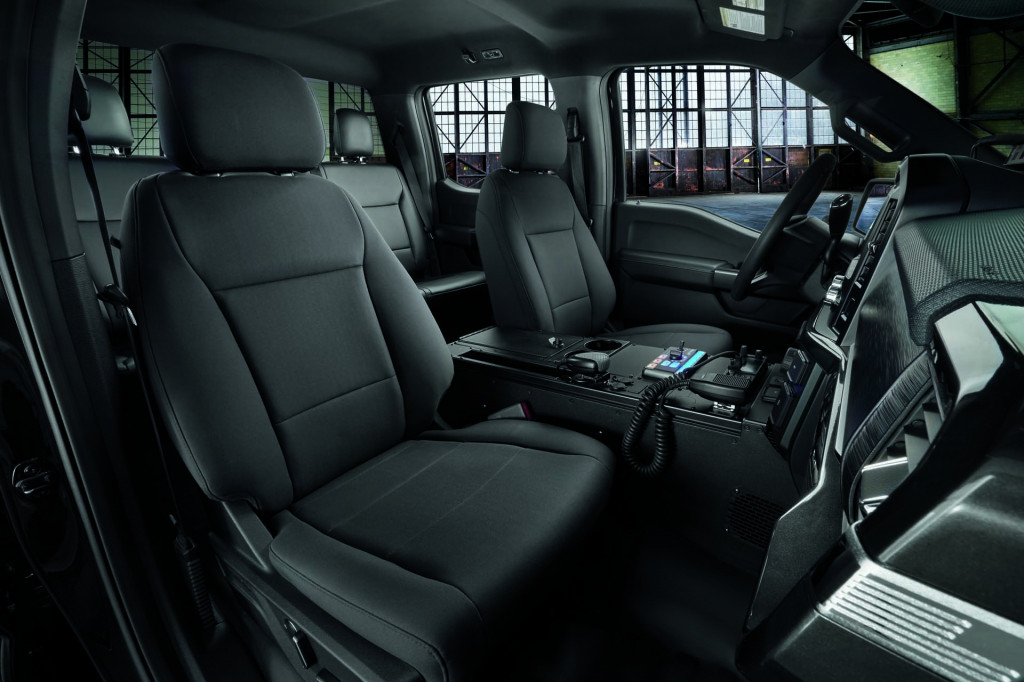 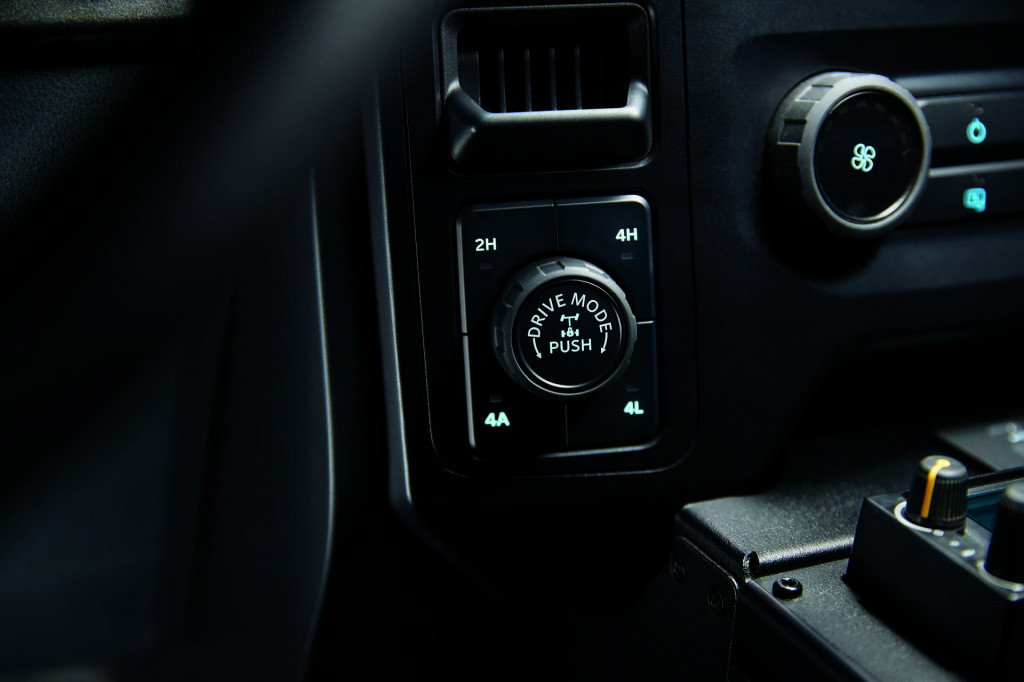 Inside, the F-150 Responder is turned into a mobile command center. Ford eliminates the electric-folding gear selector on the center console and instead goes with a traditional column-mounted gear selector. An open console area is standard in which agencies can place whatever gear they desire, while a factory-installed metal center console is available to mount police scanners, radios, switches, and computers. An Interior Work Surface package option provides a flat work surface.

The front seats come with heady-duty cloth coverings and steel intrusion plates in the front seat backs. The seat bolsters are sized to ensure easy entry and exit for officers wearing duty belts.

An 8.0-inch touchscreen with Ford's SYNC 4 infotainment system and over-the-air-update capability is standard. It also has a 4.0-inch digital information screen in the gauge cluster.

The 2021 Ford F-150 Police Responder will be built in the Kansas City Assembly Plant in Claycomo, Missouri. Ford will begin accepting orders from Government fleets on Wednesday with deliveries beginning in the fall.