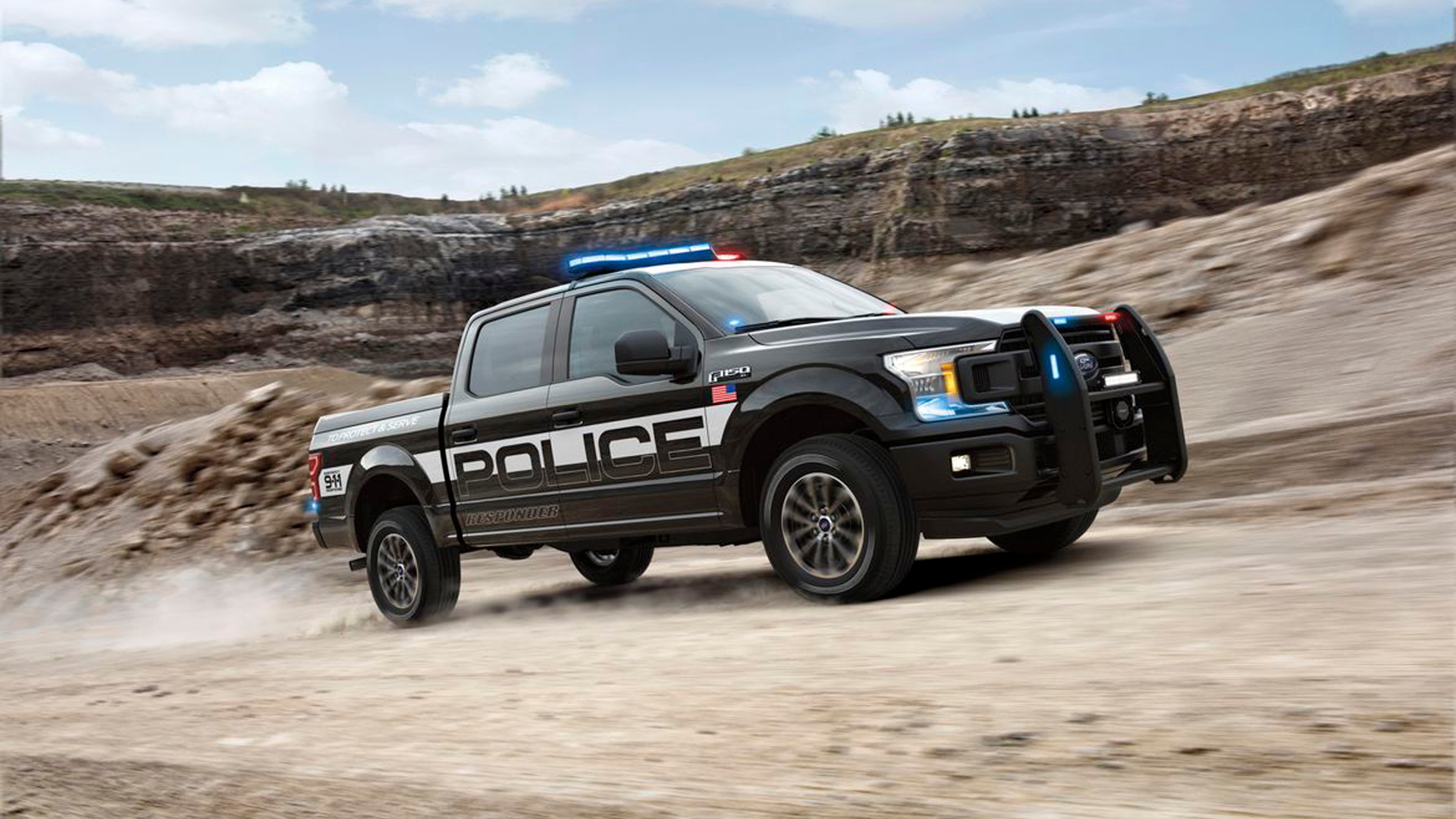 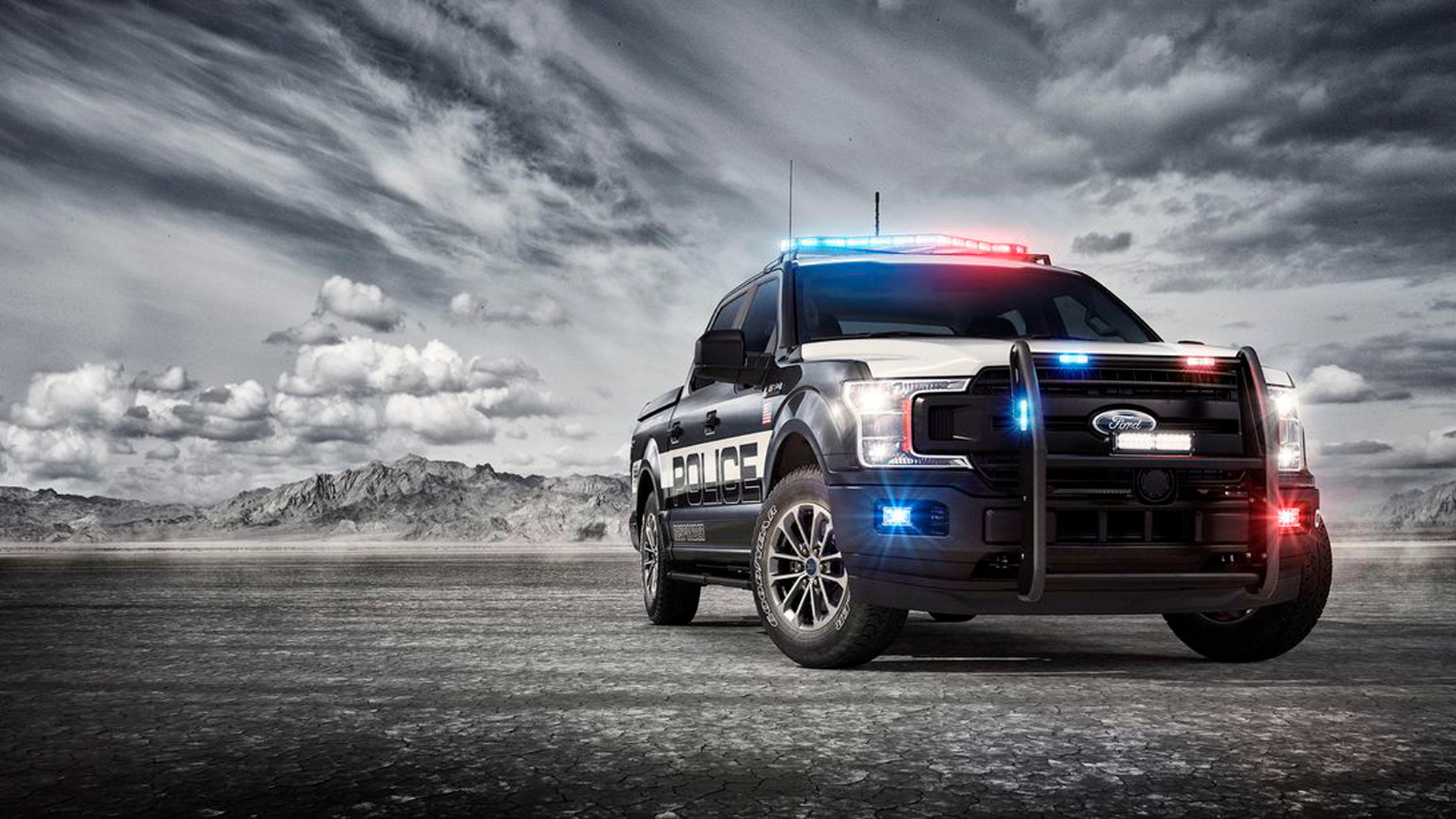 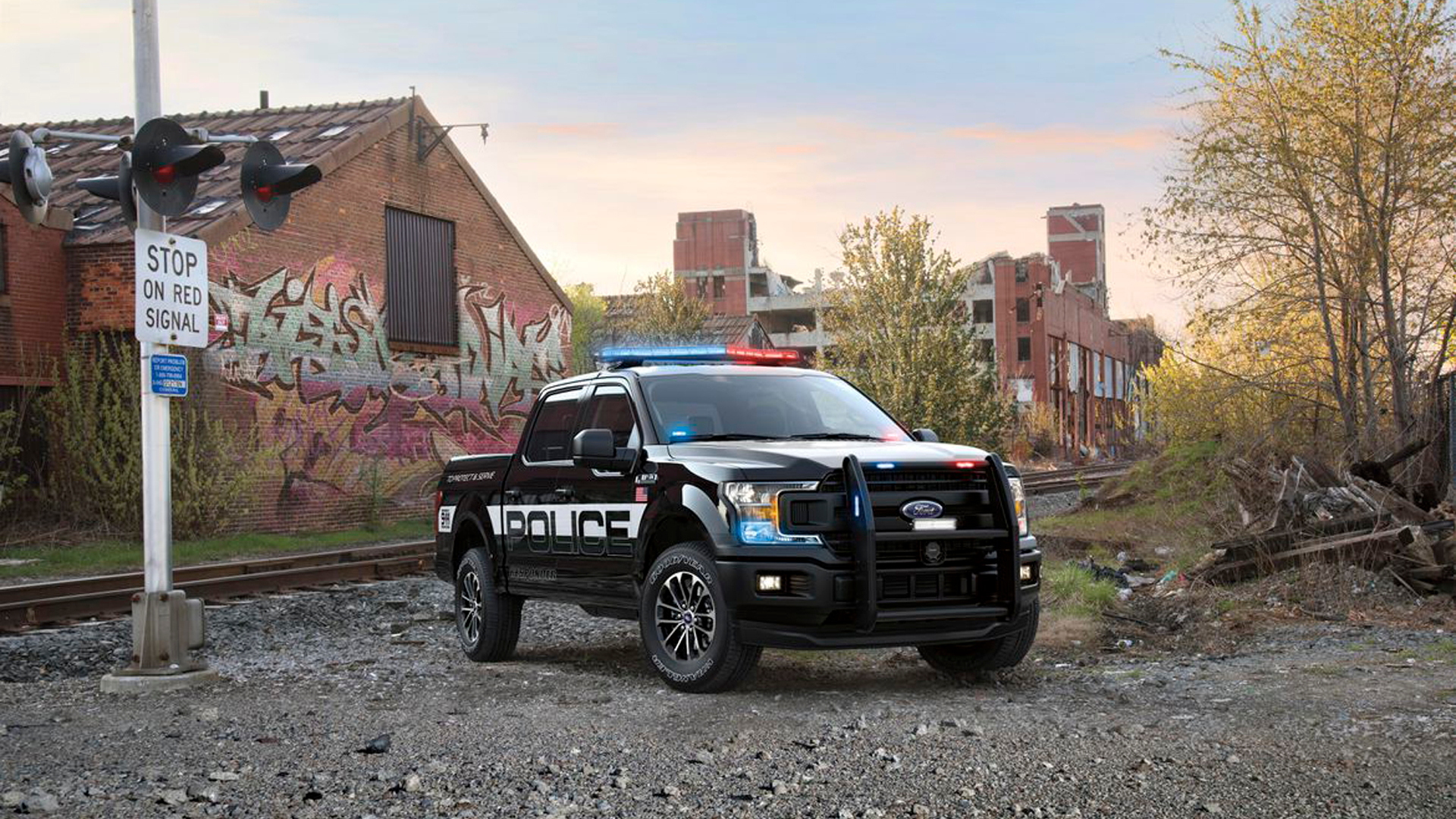 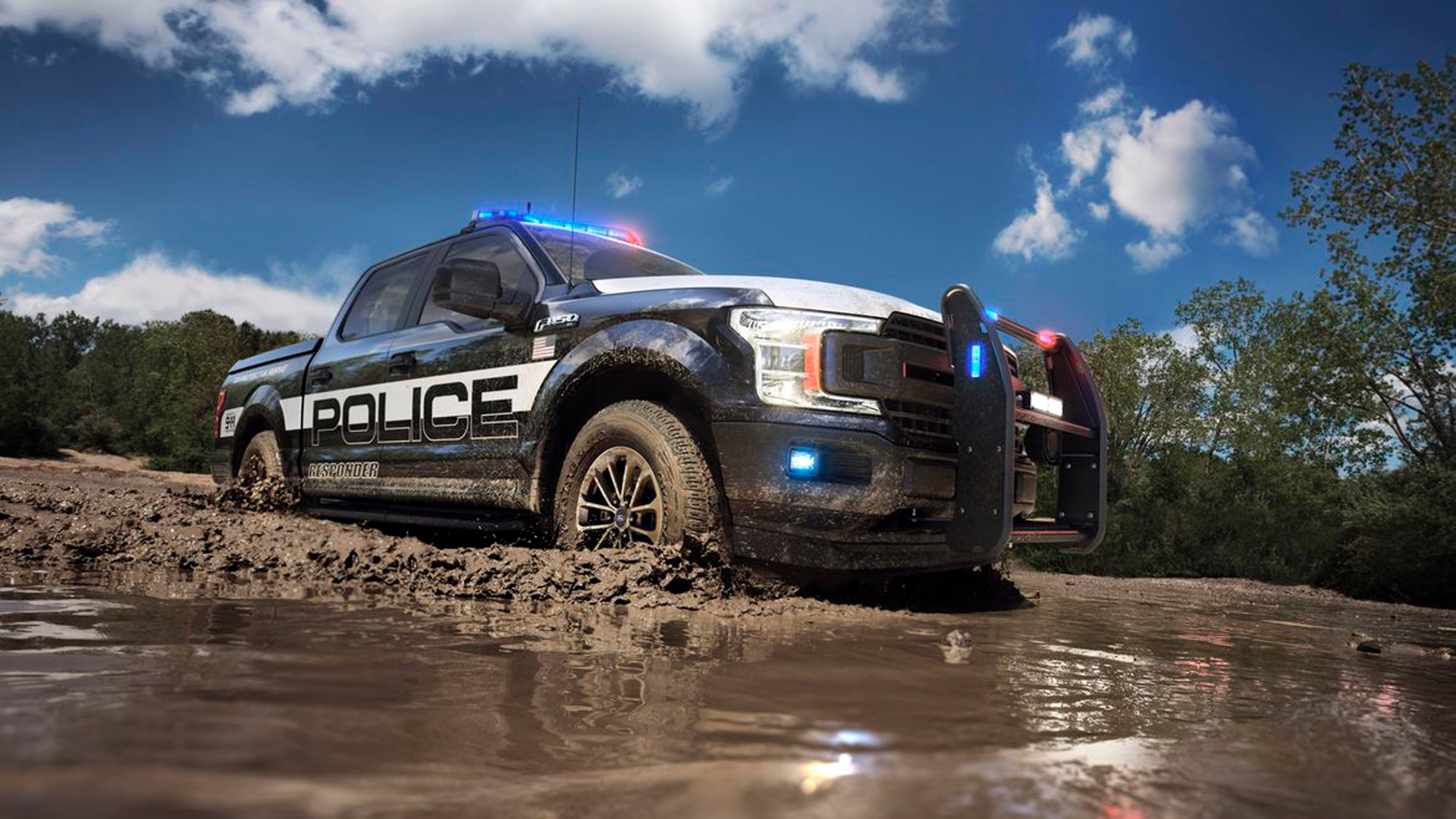 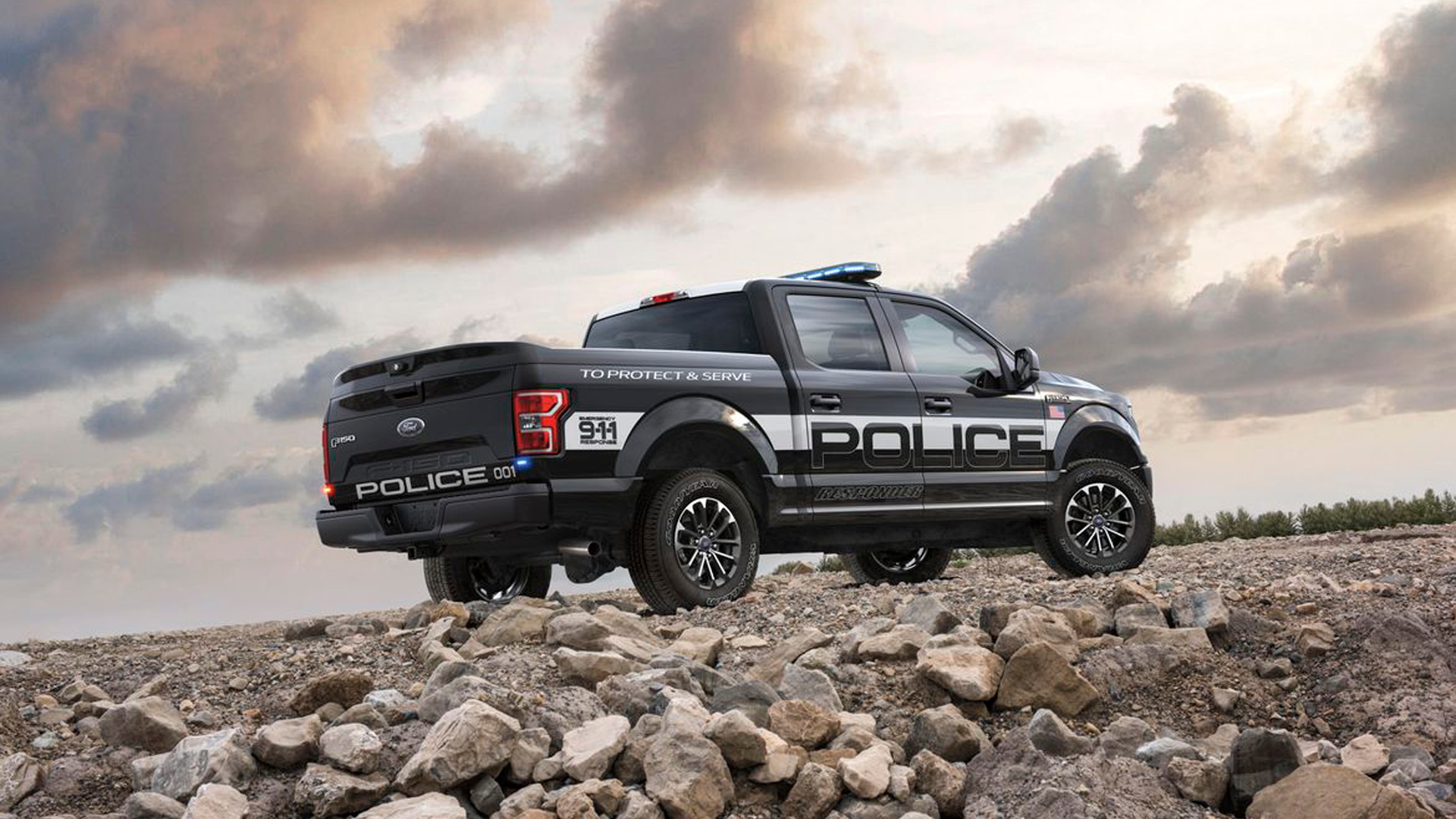 Ford announced on Thursday that it's adding an even more hardcore F-150-based police car to its lineup. Following up on the F-150 Special Service Vehicle, the new Police Responder gets a twin-turbocharged power, a 10-speed automatic transmission, and enough suspension and brake upgrades to chase down criminals with aplomb.

The F-150 Police Responder starts life as a 2018 F-150 FX4 Super Crew with a 3.5-liter, twin-turbocharged V-6. That engine is good for 375 horsepower and 470 pound-feet of torque, which gets to the road via a 10-speed automatic transmission. The result is a 100-mph top speed and a 7,000-pound towing capacity (via a standard Class IV hitch). Ford then attaches a new brake system with meatier calipers that squeeze upgraded pads, while a stiffer front sway bar aids handling. There's also a heavy-duty alternator, to keep all the extra lights, sirens, computers, and radios humming.

Each of these upgrades is crucial to the Police Responder's pursuit-rated status, the first time that designation has ever applied to a pickup truck.

But the bigger changes are functional, rather than purely mechanical. The seats, as with the Police Interceptor Sedan and Police Interceptor Utility, are wider, to accommodate the radios, gun, ammunition, Taser, pepper spray, flash light, and other pieces of equipment officers carry on their belts. The upholstery is a heavy-duty cloth, while vinyl floors and a vinyl backseat are durable and may be used for prisoner transport. And officers will control that 10-speed automatic via a column-mounted shifter. In general, these are fairly typical upgrades for Ford's police products.

Ford expects the F-150 Police Responder to be especially popular with police who work in rural settings, like county sheriffs, state departments of natural resources, tribal police, and border patrollers. So unless you're committing crimes in the country, it's unlikely you'll run into this police-spec F-150. And if you do, just remember, this one can hunt you down.