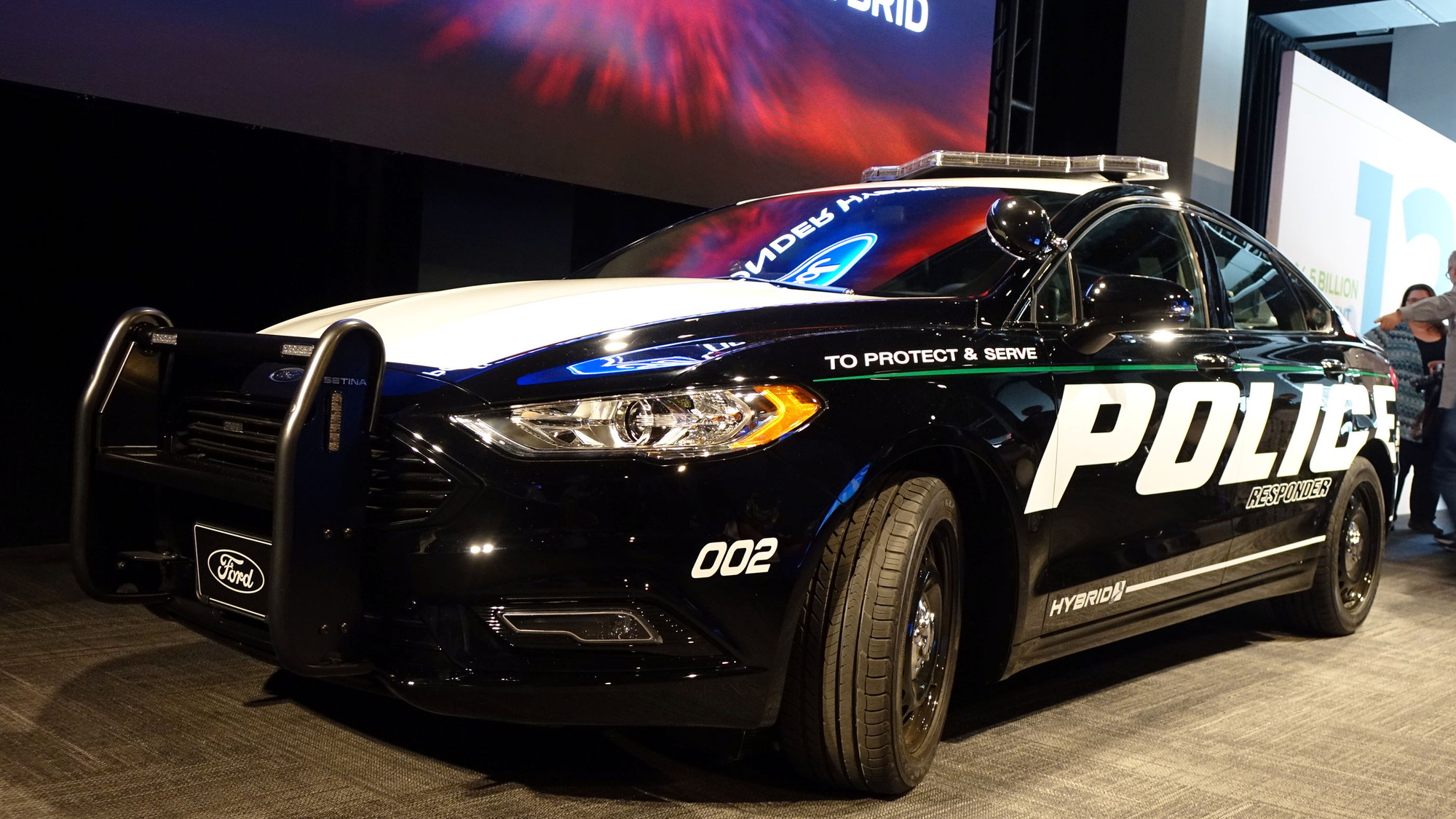 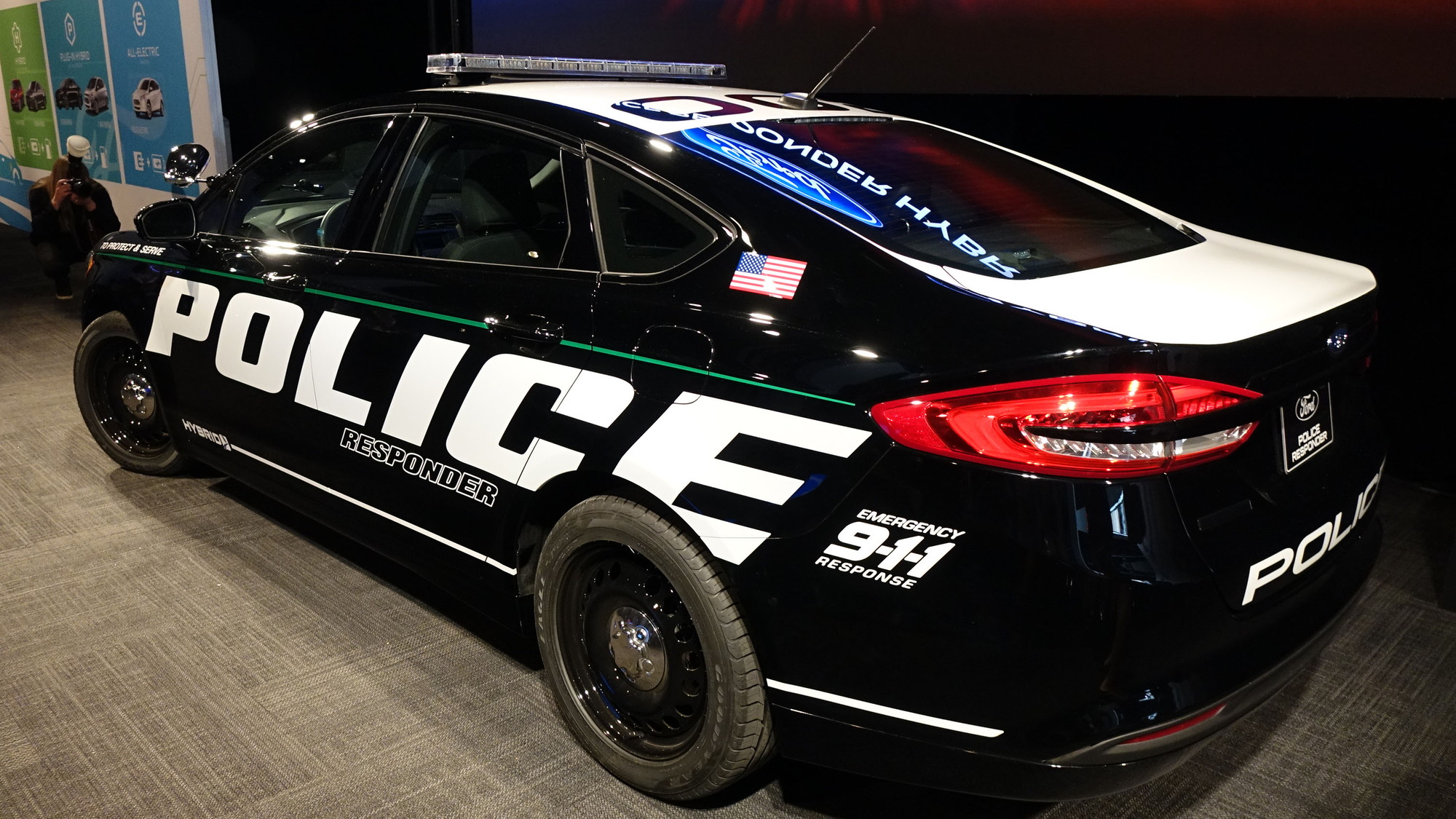 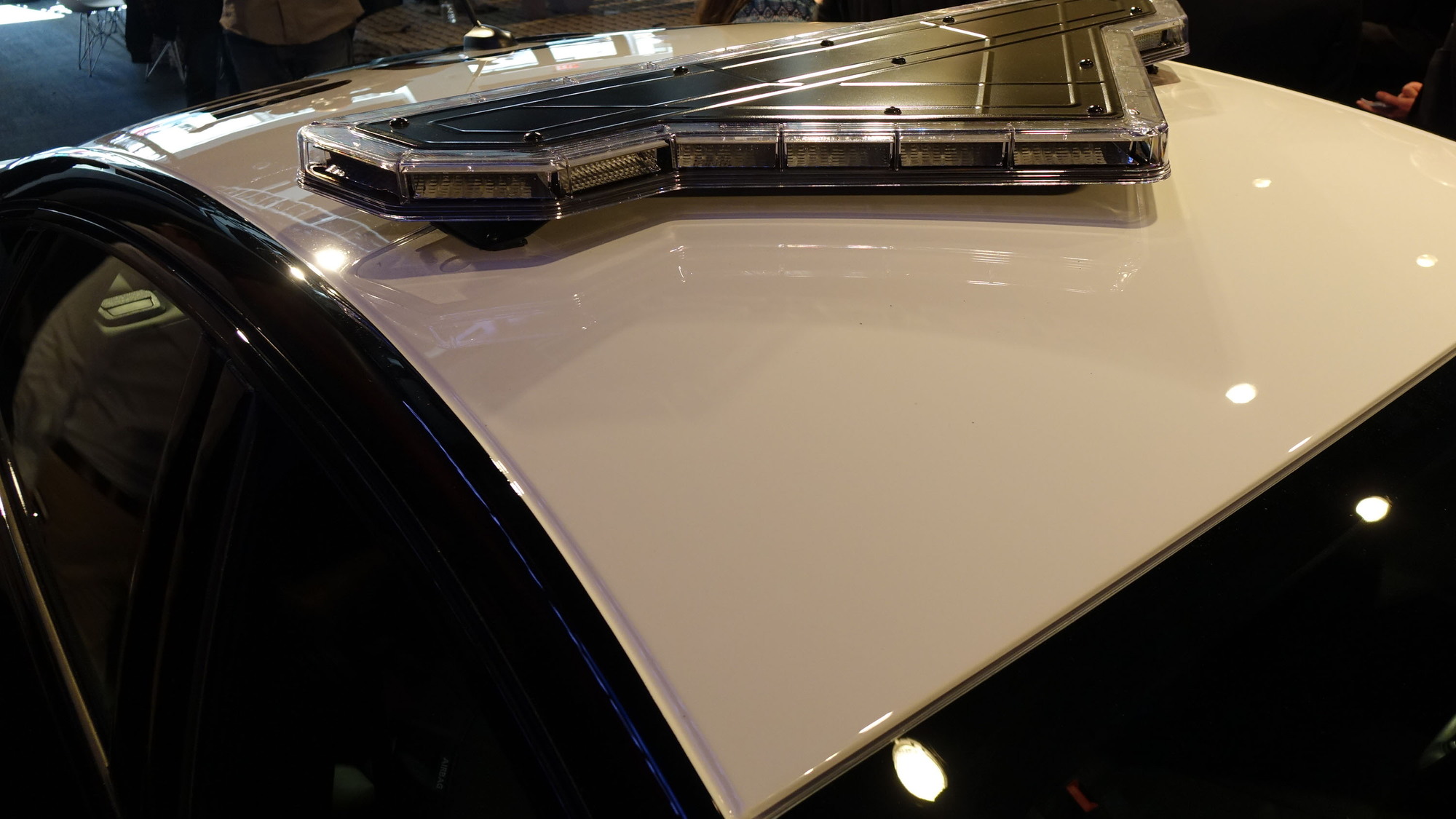 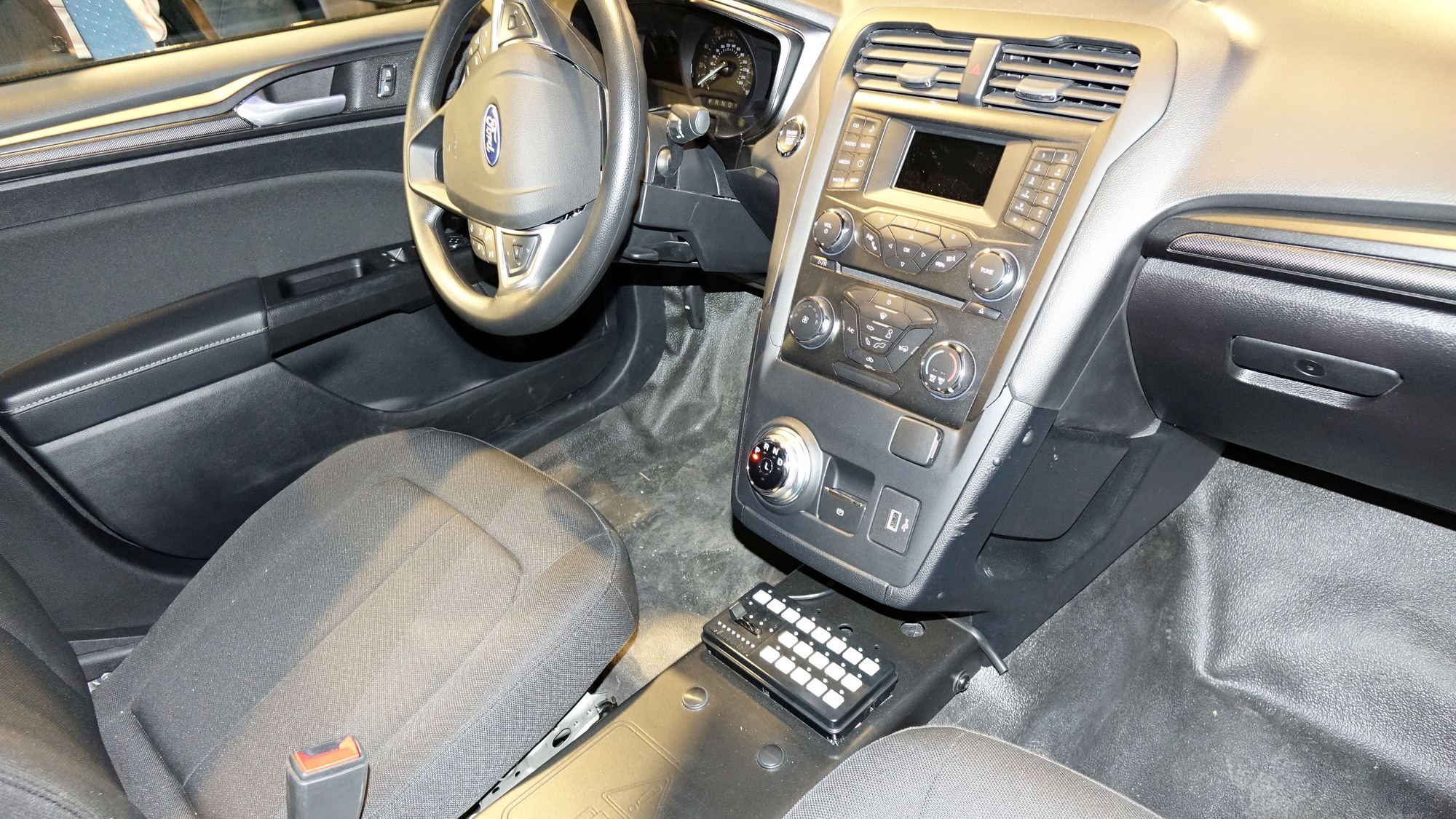 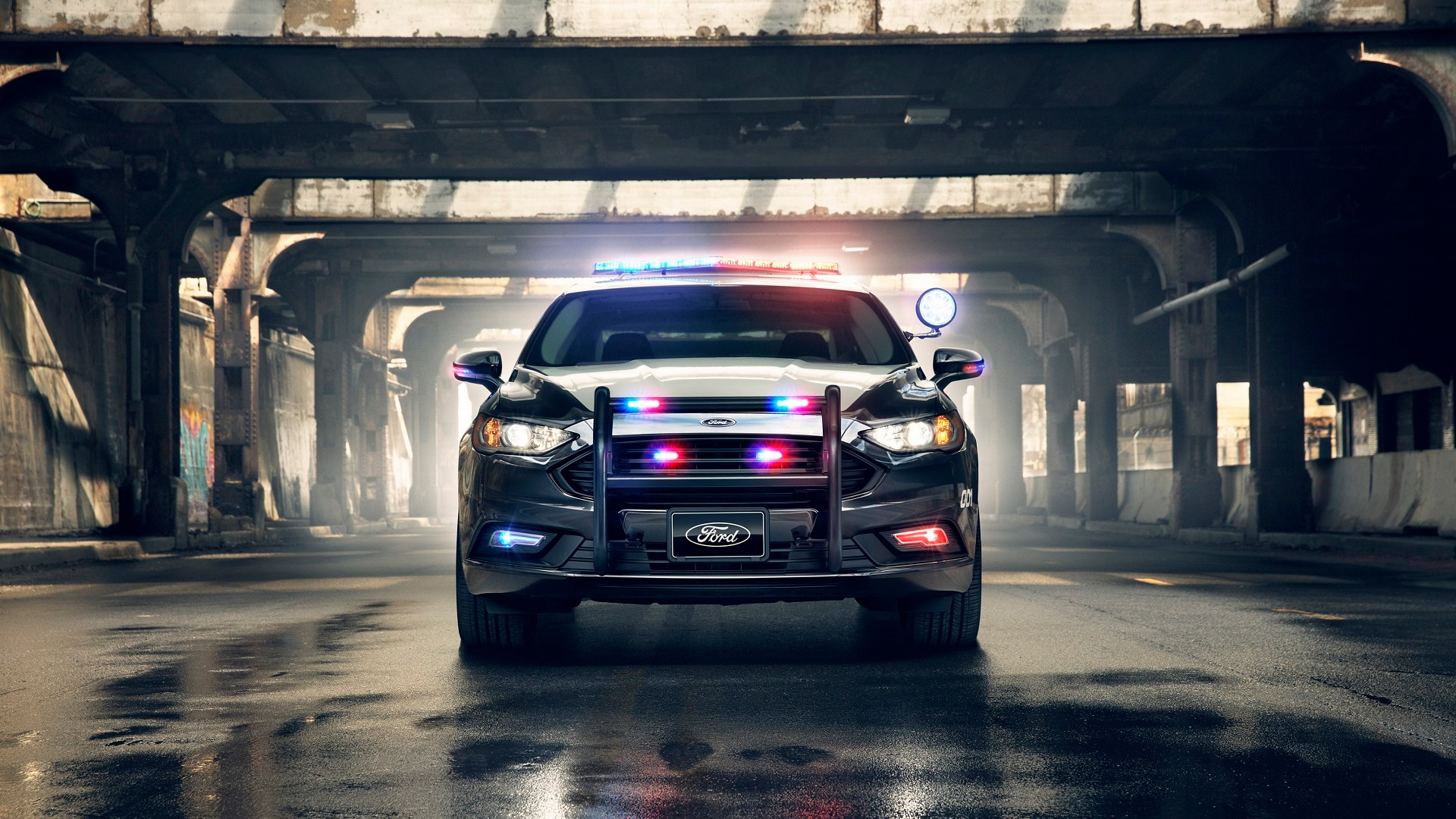 Cop cars are not known for being super efficient machines—but with its 38-mpg Police Responder Hybrid, unveiled ahead of its 2017 New York auto show debut on Wednesday, Ford has an answer that it says could help departments save nearly $4,000 a year in gas.

The Police Responder Hybrid is based on the company's Fusion hybrid, which means it shares the civilian model's 2.0-liter 4-cylinder gas engine, its continuously variable transmission, and, of course, its large battery pack. It's the exact opposite of the Nissan GT-R cop car in almost every way.

Upgrades over the Fusion Hybrid include brakes that are an inch larger up front with heavy-duty pads, a half inch taller suspension for climbing over curbs and the like, beefier shocks and springs, an underbody shield, and a stripped out interior with no center console and more durable upholstery.

MORE: You can't run from the Nissan GT-R Police Pursuit

The Police Responder doesn't mark the first time that Ford has sold hybrids to police departments, but this is the first one to be "pursuit rated" by the Los Angeles County Sheriff's Department and the Michigan State Police.

Ford says that the Police Responder Hybrid's ability to turn its gas engine off while "idling" may be its biggest advantage since cop cars are often left running during an entire shift. At 38 mpg and $2.50 a gallon gasoline, Ford says that could save departments as much as $3,900 annually—and that's about what it says the premium will be for the Police Responder Hybrid over the current, non-hybrid, Ford Taurus-based Interceptor.

DON'T MISS: What you should know about driving a police car

On the opposite end of the spectrum, the Police Responder can scoot to 60 mph without using any gasoline—presumably under light acceleration.

If you're like us, you're waiting for the first chase between a Toyota Prius and a Ford Police Responder Hybrid. Not only will it be eco-friendly, it'll be quiet.