The folks at JLWranglerForums have managed to source some of the information that was discussed, including powertrain details.

The new off-roader will be introduced in November at the 2017 Los Angeles auto show, and should be at dealerships as early as December. It will arrive as a 2018 model. 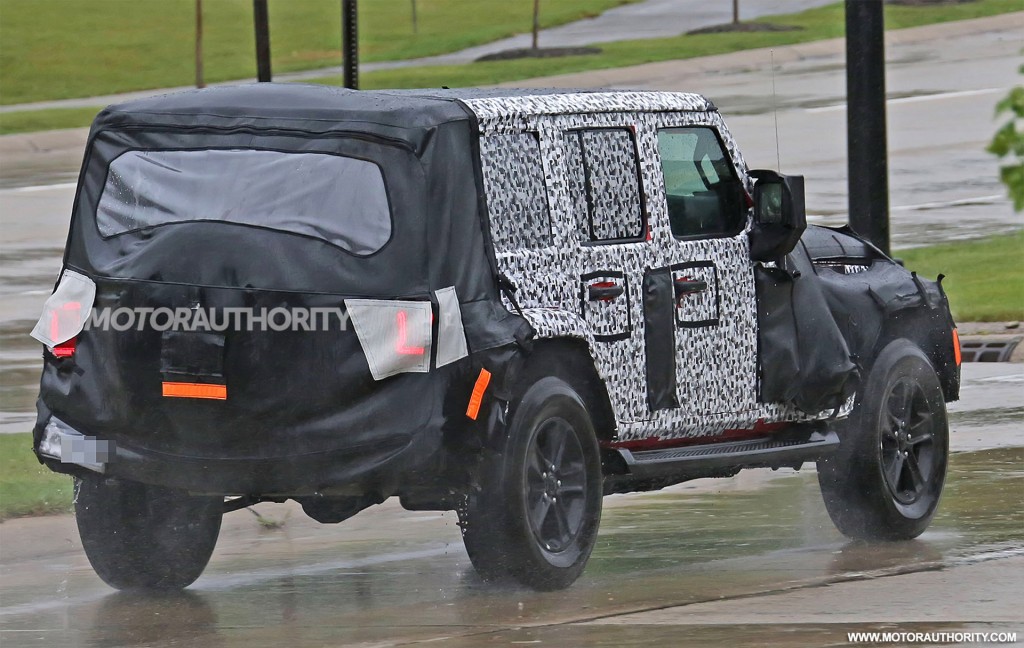 There will be two powertrains at launch. The standard option will be a 2.0-liter turbocharged inline-4, something that was confirmed in 2016. The engine is thought to be packing as much as 300 horsepower, and interestingly it will be available exclusively with an automatic transmission, most likely an 8-speed.

A third option, a diesel, will be introduced for 2019. The unit in question is the 3.0-liter turbocharged V-6 diesel that FCA is having some issues with regarding emissions. Wrangler prototypes sporting DEF (Diesel Exhaust Fluid) tanks, used to reduce nitrogen oxides in diesel vehicles, have been spotted.

There’s no word on how much power the diesel engine will offer in the Wrangler, but in the Jeep Grand Cherokee it’s good for 240 hp. It’s also not clear what transmissions will be offered with the diesel engine, though it’s thought that only an automatic will be available.

FCA is known to be working on a hybrid powertrain for the Wrangler, though this was not discussed at the meeting. Also not discussed, it seems, was the planned Wrangler pickup which is expected to be introduced for 2019.

Expect more details to emerge in the lead up to the L.A. auto show which starts November 27.